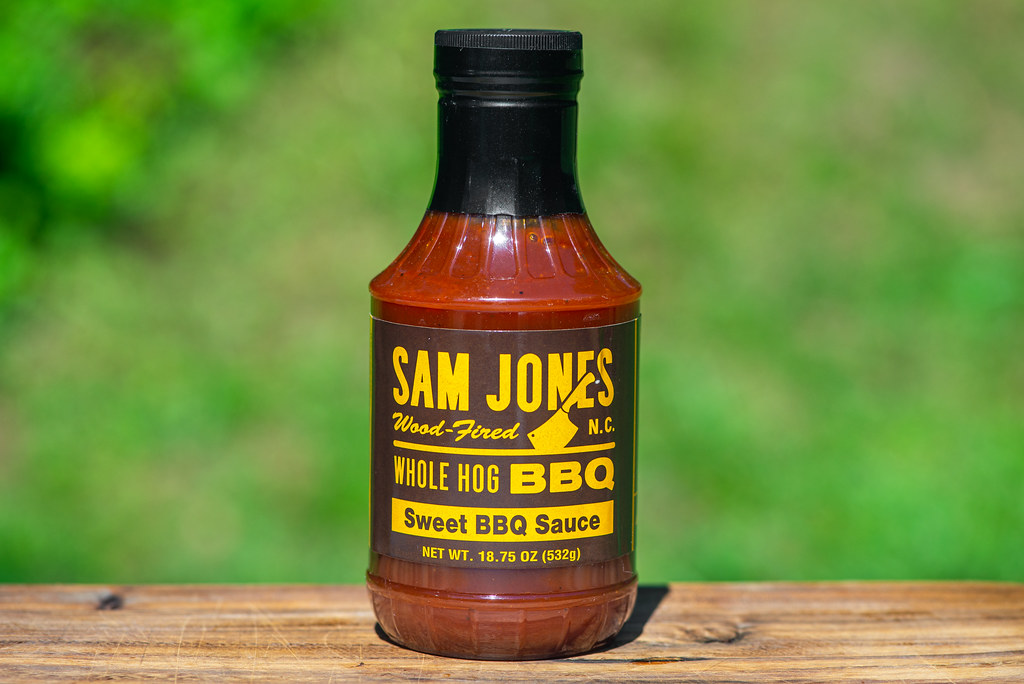 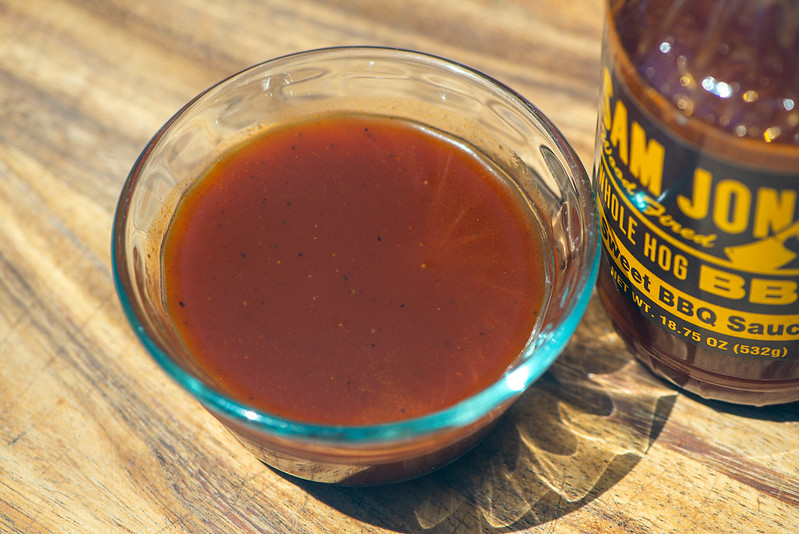 Sam represents the third generation in the Jones' family tradition of barbecuing. Sam's grandfather, Pete, started the business in 1947 when he began smoking whole hogs over a live fire at the age of 17 at his restaurant—Skylight Inn—in Ayden, NC. In 1979, his modest establishment was thrown onto the national stage when National Geographic recognized Pete's barbecue as some of the country's best in their book Back Roads America. With increasing notoriety and high profile visits from clientele like President Regan and Vice President Bush, the now ubiquitous dome was added to the Skylight Inn building, giving it its "capitol of barbecue" touch. Although Pete passed away in 2006, the Jones family still helms the restaurant with son Bruce, nephew Jeff, and grandson Sam all helping keeping the flames going. In 2015, Sam struck out on his own, opening Sam Jones BBQ in Winterville, NC, which continues to serve the standard whole hog, coleslaw, and flat cornbread he's known for, but offers an expanded menu of items not found at Skylight Inn.

A very tangy and savory aroma fills the nose on first whiff of this sauce. There's a strong Worcestershire component at play here that mixes with a bright and fruity ketchup to create the base. There's also a medium vinegar tanginess, but what really stands out is the unique savory quality whose make-up I can't quite put my finger on—it's like no sauce I've come across previously.

This rusty red-orange sauce is very smooth and has a glossy sheen to it. It's semi-opaque, which makes it easy to see some white and black spice specs peppered throughout. The sauce has a medium-thin thickness and light syrupy consistency, which leave the sauce falling in a quick and steady stream off of a suspended spoon. It only takes a few seconds for most of the sauce to release, at which time the pour changes to quick drips and then ceases, leaving a thin coating of sauce left clinging to the silverware.

A sweet tomato start to the flavor gets quick balance from an equal amount of vinegar at the outset. As the sauce settles on the tongue, that very unique savoriness discerned in the aroma comes into play. There's definitely a lot of Worcestershire helping create this, but there's almost a meaty quality that really gives it a powerhouse taste. There's a bit of garlic bite in the background, and as the sauce leaves the tongue, just the slightest hint of heat comes in, but mostly the savoriness, sweetness, and tang remain the primary players in the aftertaste. 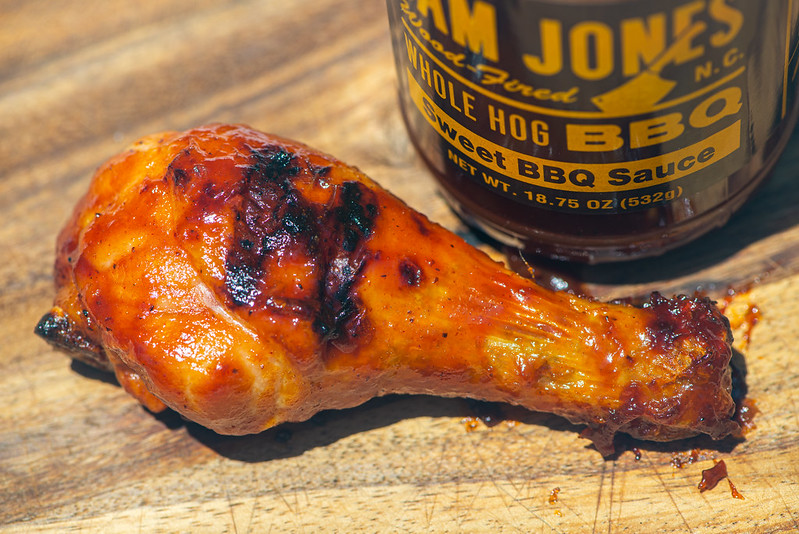 This sauce coated the chicken in a thin, even layer that baked down well over indirect heat, but took a couple brushing to develop a deeper orange color. When moved directly over the coals, there was quick caramelization and charring with no sauce loss. The flavor remained fairly unchanged from out of the jar. There was a well balanced play between sweet and tangy with that defining savoriness that was a mix of Worcestershire and something else. It enhanced the chicken's flavor in a unique way, while not being so strong that it masked the taste of the meat itself.

This sauce is really great, but is also really bothering me. It had such a unique flavor to it, but for the life of me, I can't quite figure out what's at play here. It could be as simple as a Worcestershire sauce I'm not as familiar with, or possibly the addition of butter, although I see that adding to the richness and not as much to this particular savory taste. Whatever it is, it wasn't quite what I was expecting from a Sam Jones sweet sauce, which I thought was going to be a vinegar sauce with some ketchup added in. This makes the sauce very fitting for his restaurant, which doesn't just rely on the whole hog the Jones' family is known for, but features recipes that are unique to Sam and make a trip to his joint a very different experience from one to Skylight Inn. Sam is definitely his own barbecue beast, and this sauce is proof of that, delivering a flavor that tastes like nothing else out there, but still perfectly suited for the North Carolina barbecue he's serving up and beyond.