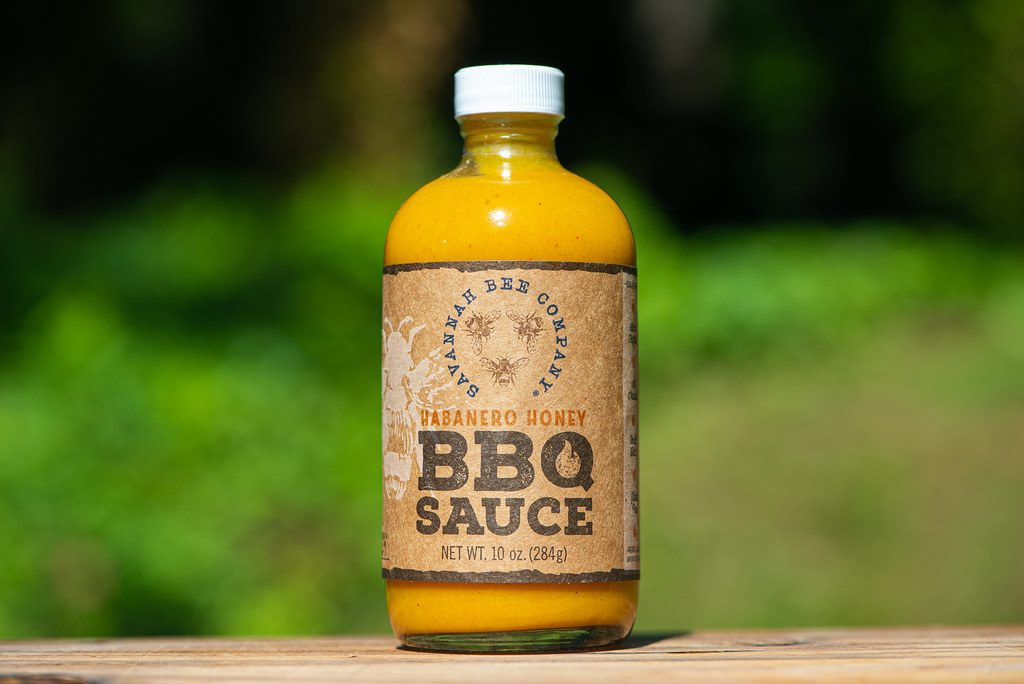 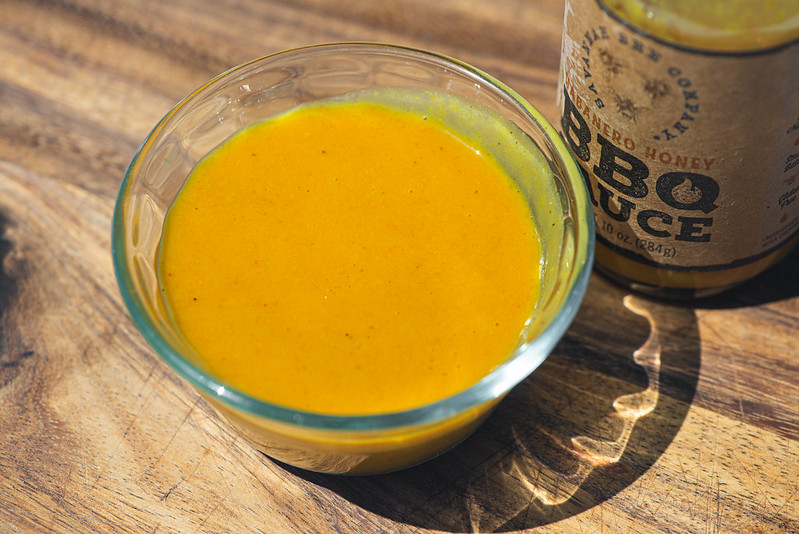 Ted Dennard helms the Savannah Bee Company and he's been passionate about beekeeping for 35 years now. He learned his craft in costal Georgia from an older beekeeper, Roy Hightower. It wasn't until 1999 though that Ted started up a business when we began selling his tupelo honey at his friend's shop in Savannah. Fast forward three years and he set out on his own with the Savannah Bee Company, which now produces a wide range of wildflower honeys. On top of honey, they also sell many house gifts, apparel, beauty products, and this barbecue sauce, which is actually crafted by BowTie Barbecue Co, a Savannah-based business that has roots in the now shuttered, but long storied, Johnny Harris Barbecue that dated back to 1924.

A familiar yellow mustard aroma fills the nose on the first whiff of this sauce, but its strength and pungency are cut by a medium sweetness, with a large portion of that smelling like it's derived from honey. This honey-mustard profile has more depth to it though, with a layer of mellow seasonings adding complexity, including hints of garlic, onion, and pepper. While the heat is there, the distinct fruity habanero isn't discernible in the aroma.

This mustard yellow sauce has a glossy sheen to it and is very smooth. It's opaque, but its lighter color makes it easy to see a lot of small spice specs mainly in orange and black. The sauce has a medium-thin thickness and falls from a suspended spoon in fast, even pour. Quickly, most of the sauce leaves the silverware and the stream switches to fast drips, then stops and leaves a very thin coating left clinging to the spoon.

You get an upfront mustard pungency as the first taste with this sauce, but, like with the aroma, that mixes with a strong honey component to add a sweet contrast. As the sauce settles on the tongue, a mild vinegar tang brings a barbecue definition into focus, then fleeting tastes of spices, that include garlic and onion, come in before the peppers take control of the flavor. Similar to the smell, the fruity character of habanero isn't strong, by the intense heat that pepper delivers is definitely present. The heat becomes pretty extreme at the end and produced a hiccup response in me. It drowns out the sweetness and spices, but the mustard and vinegar still can be tasted, leaving an aftertaste that has multiple levels of burn. 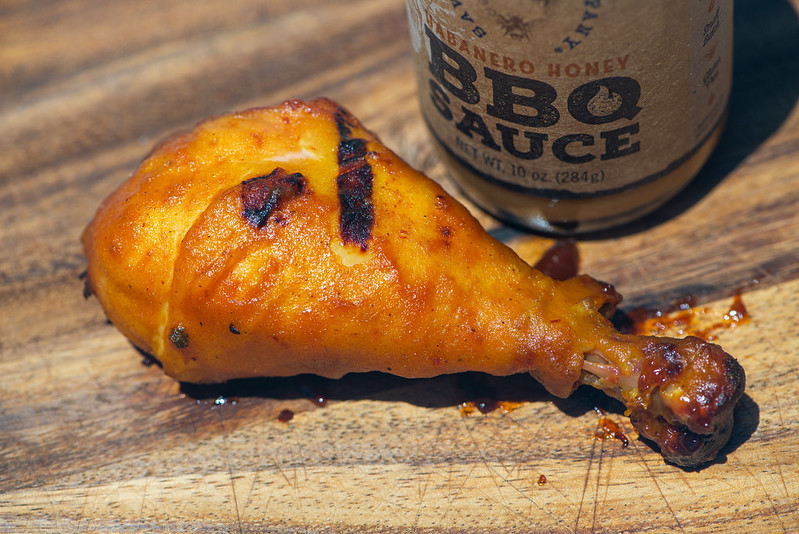 This sauce coated the chicken in a thin, even layer that baked down well over indirect heat. While the sauce remained intact, its appearance shifted to be drier and look more like a spice layer than shiny sauce. When moved to direct heat, the sauce picked up some light caramelization and had no burn off. The flavor surprisingly shifted, with the sauce losing a lot of its pungency and tasting more like a tomato base than mustard. That strong honey and heat remained, creating a nicely balanced mixture of mustard, tomato, honey, and pepper.

I tasted this sauce while at the Savannah Bee Company, loved it, bought it, then promptly lost it as I mindlessly left my shopping bag somewhere while trying to rush to the car to beat a heavy rain shower. So I went back the next day and bought another bottle, because I had to bring it home. It wasn't until I was writing up this review that I realized this barbecue sauce wasn't actually made by the Savannah Bee Company, but the Bowtie Barbecue Co., and I'm kicking myself now because, if they make one sauce that's so good, it would have been great to stop by their shop and pick up their entire line. Mustard sauces are very hit or miss for me, with the misses outweighing the hits, but when one is good, boy can it be life changing. I can imagine even mustard sauce naysayers saying this is some delicious stuff—you get the full range of barbecue complexity with the added bonus of pungency that's well contrasted with a quality honey. It hits so many good barbecue tentpoles that I can see this being great on a wide range of things. In particular, I think it would make a fantastic wing coating or finishing sauce for ribs. It tasted great on the chicken, and I thought it was even better out of the jar, so using it as a dip or condiment is definitely a yes. 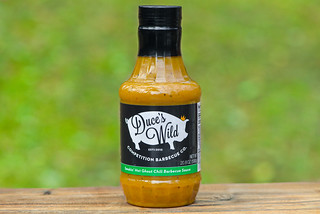