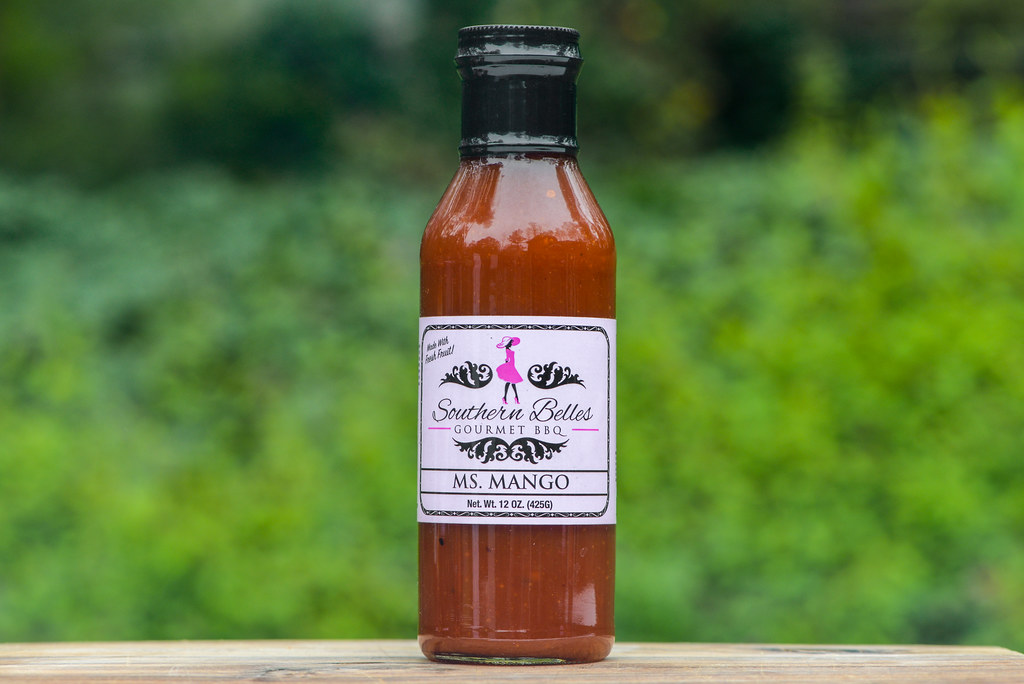 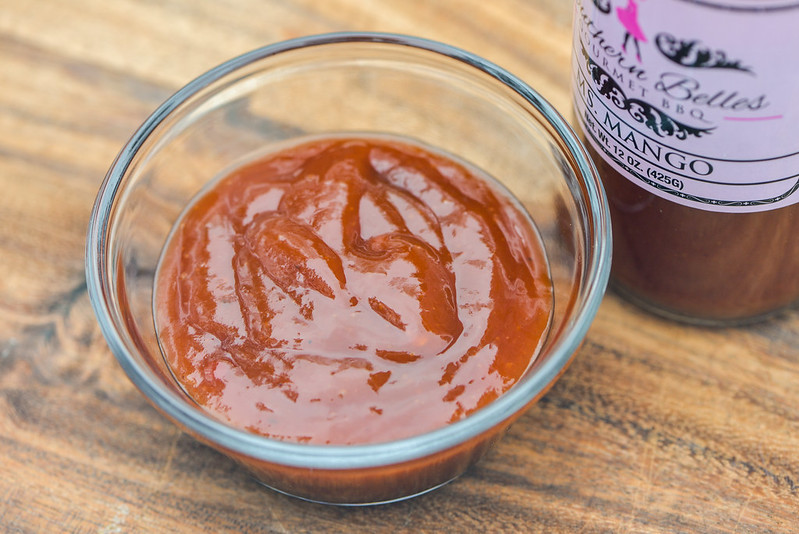 Happy accidents are the best type to have, right? Well, that's certainly true for Southern Belles, because that's just how their sauce got started. It all began when the grandmother of the current owner, Jacqueline Brooks, was trying to replicated teriyaki sauce for her husband, who had fallen in love with it on trip in California, but couldn't get the stuff in his home city of Memphis. While she never quite hit the nail on the head for teriyaki, along the way she ended up crafting a delicious barbecue sauce that would be passed down through the generation, and end up becoming the Southern Belles brand. Jacqueline keeps up the family barbecue tradition and has expanded the line-up of sauces to now include eight unique recipes, producing them out of Long Island City, NY.

An initial whiff of this sauce fills the nose with a bright fruitiness along with a hearty tang to begin a barbecue foundation. After a few deeper smells, light garlicky and oniony notes come out, as well as a mellow smokiness. While the fruitiness is prominent, mango isn't very discernible, and instead you get a more familiar tomato character. Overall the aroma is a bit understated compared to other sauces.

This reddish-orange sauce has a glossy sheen and slight texture to it. It's mostly opaque, but still light enough to see the tons of spices in there, which come in white, black, and red specs in small and medium sizes. The sauce has a thickness that hits right in the middle of the scale, and with its lightly syrupy consistency, the sauce falls from a suspended spoon first in one large drip, followed by a somewhat slow and uneven pour. After a two or three even slower drips release, the sauce ceases falling and a medium coating it left clinging to the silverware.

The sauce has a sugary sweet start with a fresh, fruity flavor the favors tomato heavily, but has some mango mixing in too. As the sauce settles on the tongue, the vinegar adds a contrast to the sweetness, as well as imparts a little tingle to the tongue. At this moment, the background players give the sauce its complexity with tastes of onion, garlic, tamarind, and smoke. Finally, a mellow heat puts the sugars further in check and melds with the vinegar to create a balanced sweet, fruity, tangy, and spicy aftertaste. 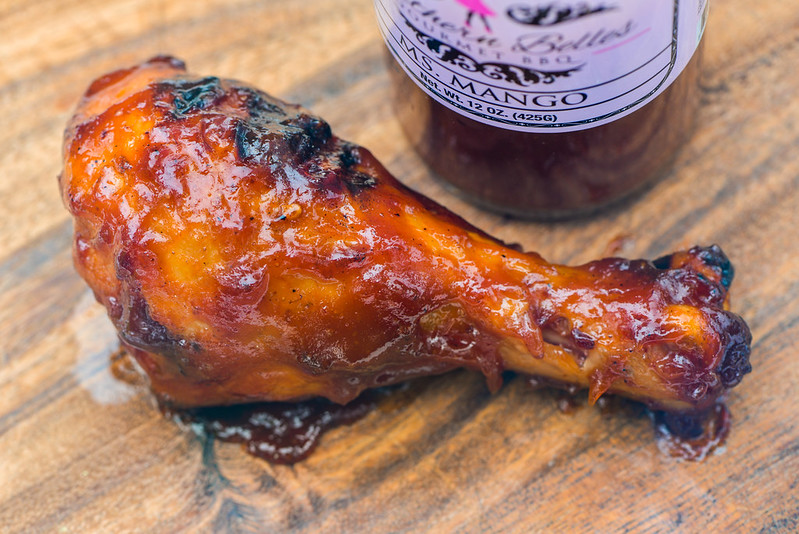 This sauce coated the chicken in a medium, slightly uneven layer that baked down well and began to caramelize over indirect heat. When moved directly over the coals, the sauce quickly caramelized further and began to char in spots. The chicken had a bright and fruity, although not overly fruity, flavor. The balance between vinegar, spices, and chilies remained in tact, providing and overall well layered and full flavored barbecue experience. The sauce was notably very sticky, resulting in some finger licking moments after the chicken was done being consumed.

The Southern Belles brand seems to be all about fruit, and they have a level of fruitiness to suit all tastes. I can see Ms. Mango being one of the more universal crowd pleasers of the lot—it hits the standard barbecue notes in a balanced manner, but plays up the fruitiness just enough that you definitely feel like your enjoying a next level fruity sauce. As for mango, that flavor is really mellow, so expect more of a boost of fruitiness rather than a strong mango taste. The sauce played well both on and off the grill, making it a versatile choice to fit most needs. I did like the way it tasted on chicken, and think similar light meats like pork and seafood would be an ideal match, but since the sauce has a bit of heat and heft behind it, it could serve you well on ribs and burgers too.