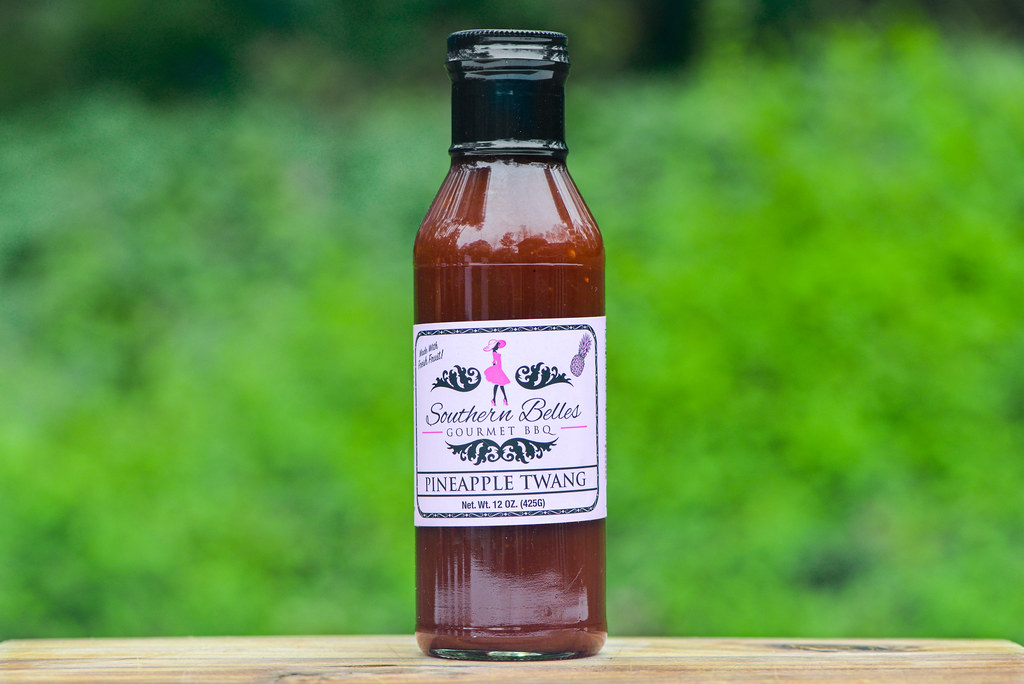 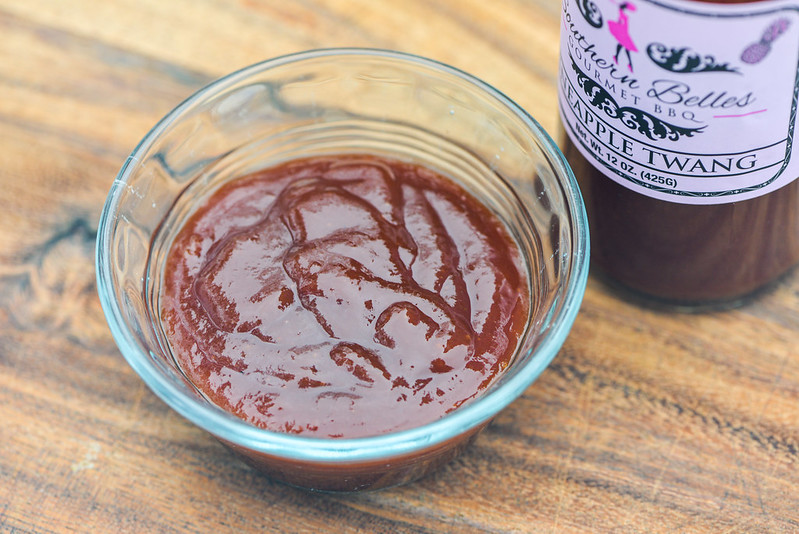 Jacqueline Brooks currently helms the Southern Belles brand, but the sauce at its base were passed down to her through two generations, starting with her grandmother who created it a bit by accident. Jacqueline's grandmother took up sauce making to try to recreate teriyaki sauce, which her husband feel in love after a trip to California, but could not find at home in Memphis. While teriyaki was the goal, what was produced was a really excellent barbecue sauce, one that was loved and remained in the family until Jacqueline began commercially producing it in recent years. She now sells eight different barbecue sauce varieties under the Southern Belles name, manufactured out of Long Island City, NY and focusing on fruit-bases.

The sweet, fruity aroma is the first thing to grab you when taking in a noseful of this sauce. There's the standard tomato ketchup smell in there, but there's also a noticeable pineapple component elevating the fruitiness. With a few subsequent whiffs, the full barbecue complexity comes into focus. There a medium tang, molasses complexity to the sweetness, the standard onion and garlic spice notes, and a mellow smokiness as well.

This maroon sauce has a glossy sheen and light texture to it. The sauce is mostly opaque, but you can still see some small and medium spice specs here and there that come in black and white. It has a syrupy consistancy with a thickness that hits right in the middle of the scale. From a suspended spoon, the sauce falls first in one large drip, followed by three or four smaller drips before ceasing and leaving a medium coating left clinging to the silverware.

Like with the aroma, the initial taste is sweet and fruity. You get a corn syrupy sweetness mixing in with a ketchup-like tomato that's backed up with pineapple to a lesser degree. As the sauce settles on the tongue, the sugars find a little balance with a vinegar tartness that comes into play along with a little mustard pungency. All those flavors remain as complexity builds with tastes of molasses, onion, garlic, and earthy peppers. As the sauce leaves the tongue, the tang and spice get turned up, but there's still enough fruit and sugar remaining to create a full flavored aftertaste. 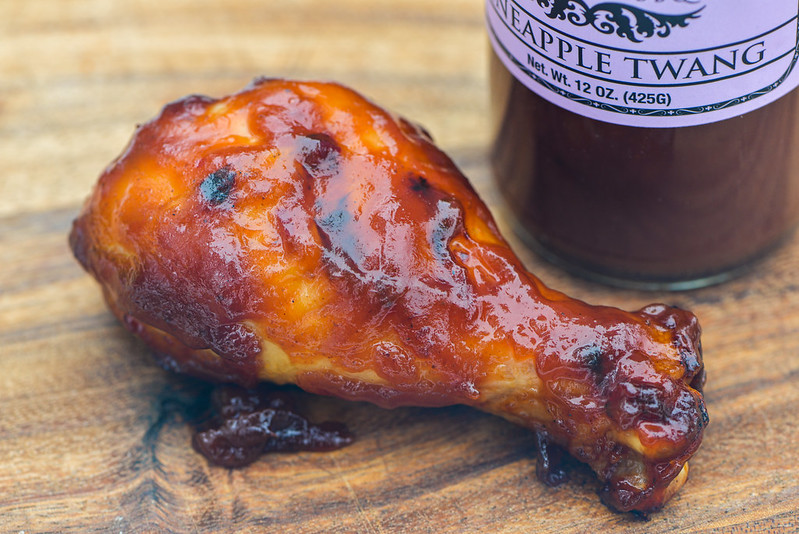 This sauce coated the chicken in a medium, slightly uneven layer that baked down well over indirect heat. When moved over the coals, there was minimal caramelization and bit of sauce loss. The sauce had a very bright and fruity flavor that tasted more in harmony than out of the jar. The sweetness and fruitiness were still front and center, but the contrasting tang and layers of spice worked their way in quicker, making it taste more well rounded in every bite.

It's hard to deny that sweet will be more universally pleasing than spicy or tart, which has left me with the impression that most people will really love these Southern Belles sauces. It's not just sweet for sweet's sake though—these sauces mix in extra fruity components and then balance and contrast that very well to make pretty exemplary barbecue profiles. Pineapple Twang follows in that well chiseled mold where you get your sweet with an added fruit bonus, but also have a nice tang, heat, smoke, and spice to cover all the barbecue bases in a sauce that tastes well thought out and made of quality ingredients. So if you're looking for a sauce that just about anyone could love and will work in almost any application, Pineapple Twang is good choice, but so are most everything I've tried of the Southern Belles brand too.