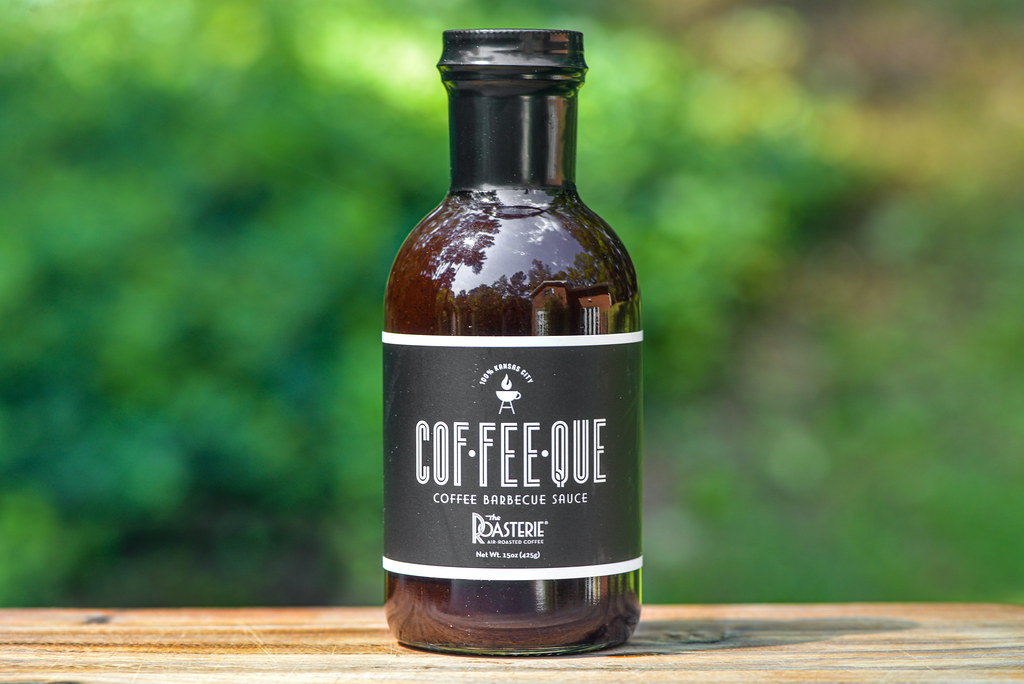 Spicin Foods for The Roasterie 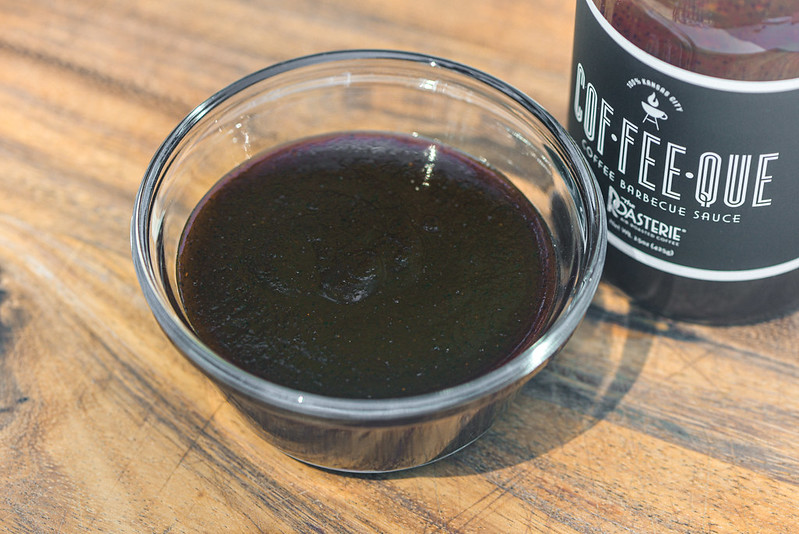 This sauce is a partnership between The Roasterie and Spicin Foods, two Kansas-city native businesses. The Roasterie was started by Danny O'Neill after developing a love for coffee beans in 1978 while in Costa Rica. His business features coffee roasted from direct trade beans in their numerous locations throughout Kansas City. On the other side of the equation is Spicin Foods, who you may be more likely to know by their previous name, Original Juan, which was started in 1990 by Joe Polo. Polo's company focuses mainly on sauces, with barbecue being just one of many that they produce. Spicin Foods developed Cof-Fee-Que using espresso beans from The Roasterie to make this unique sauce.

There's little doubt of the presence of coffee in this sauce with the first whiff releasing a strong roasted coffee aroma. While there's a dominant coffee component, there's also a fair amount of sweetness, balancing out the harshness of the coffee and creating an almost chocolaty smell. The other barbecue notes take a few deeper nosefuls to make themselves known, but once they do, the sauce becomes rounded out by a mild tomato sweetness, mellow vinegar tang, and light smokiness. Overall the sauce has a very savory quality to it as well and no heat to speak of.

This dark maroon sauce has a semi-glossy sheen and light texture to it. While it's opaque, in the bright light you can make out a lot of small black and red spice specs peppered throughout. The sauce's thickness sits right in the middle of the scale and it has a syrupy consistency. From a suspended spoon, the sauce falls in a fast and even pour that the switches to fast drips before slowing and leaving a medium coating of sauce left clinging to the silverware once the final two to three slow drips release.

Sweet tomato starts out the flavor profile, which quickly gains a lot of complexity from toasty and lightly bitter coffee. Then the vinegar comes in to balance the sugars while a chocolaty undertone adds a really unique flavor. As the sauce settles on the tongue, the spices begin to build up, first with a garlicky, oniony, and earthy flavor, followed by a mild heat. The heat and tang start to intensify as the sauce exits the mouth, but all the previous flavor persist, along with a bit of smokiness, to create a really robust and multi-layered aftertaste. 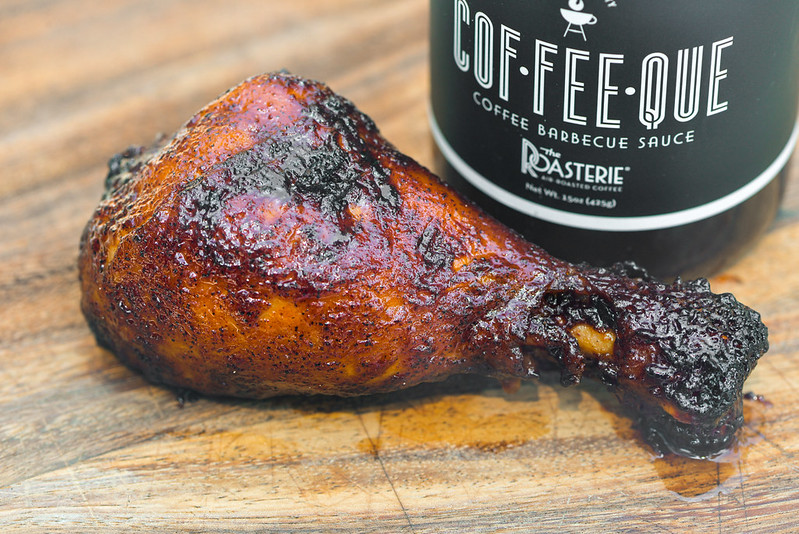 This sauce coated the chicken in an even, medium layer that baked down well over indirect heat. When moved directly over the fire, there was nice caramelization with just a little bit of sauce loss. The first taste of the chicken brought with it a strong, sweet coffee profile, with the sugars more prevalent than out of the jar. Then after a few more bites, the sauce transitioned to full barbecue mode with the vinegar tang, fruity tomato, and spicy peppers delivering that familiar taste. The extra caramelized bits were notable for their more intense coffee flavor along with that chocolaty component that was tasted in the raw state too.

I was on the fence whether to buy this sauce because I'm not a coffee lover, but one spoonful of this made me a believer that it belongs in barbecue sauce. I can safely say that I have not tasted any sauce quite like this one, with the roasted and bitter coffee beans creating a very unique flavor that was elevated even higher by sweet chocolate and savory tamarind. This left me anxious to sing this sauce's praises and let you know it will give your grilled and smoked meats a taste like none other that worked well on the chicken, but is hearty enough to take on the big boys like brisket, ribs, burgers, and more.