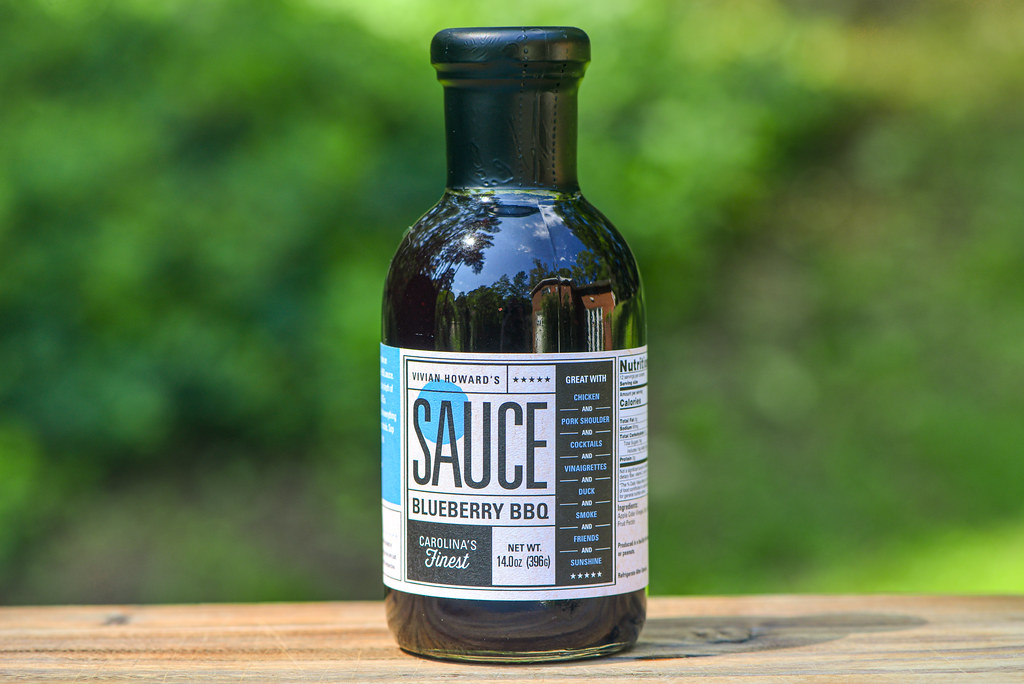 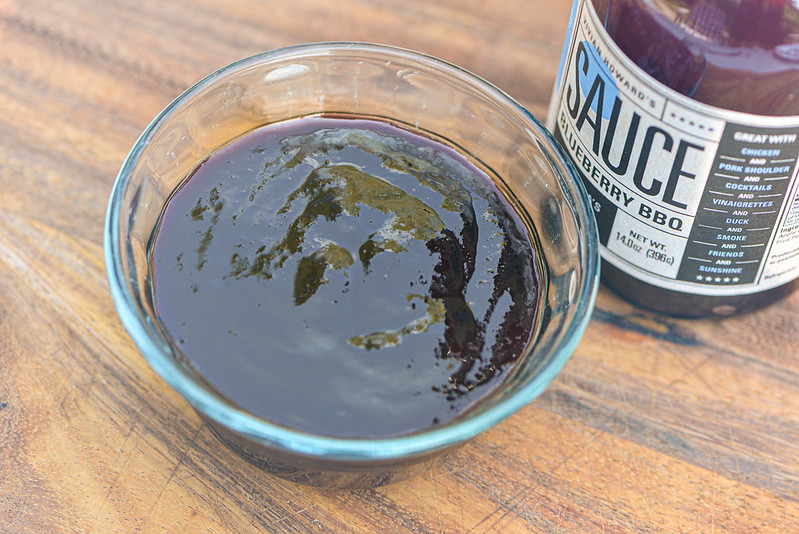 Until recently, I wasn't familiar with Vivian Howard, but that probably makes me one of those people who live under a rock. After moving to North Carolina, my friends often asked me if I had eaten at her acclaimed restaurant, Chef & the Farmer, in Kinston, but I hadn't, nor did I know who Vivian was. A few years of living in the Old North State now has certainly changed that because she's a big name here. Howard was raised just outside of Kinston in Deep Run, NC and then moved to New York where she studied culinary arts and sharpened her skills at restaurants like wd-50 and Spice Market. Her and her husband, Ben Knight, moved back south after Howard's parents offered to buy her a restaurant in Kinston, which became the Chef & the Farmer, opening in 2006. Vivian went on to star in her own PBS series, A Chef's Life, and that, combined with the accolades for the restaurant, has made Kinston a North Carolina dining destination. Howard opened one more restaurant there, Boiler Room, in 2013, and then her third spot, Benny's Big Time Pizzeria, in Wilmington in 2017. I have now eaten at all three restaurants, and while in Kinston over the summer, I picked up a bottle of her Blueberry BBQ Sauce to give a try at home. It's one of three sauces that are currently available through her online store.

This sauce has one of the most understated aromas of any that I have reviewed to date. It takes a really deep whiff to extract anything to talk about, and once you do start to get some smells, it's mainly a simple mix of a light vinegar tang and fruity blueberry. There's a mellow sweetness to that two note profile, but no hints of heat or more complex spices.

This dark purple sauce has a glossy sheen and a lot of texture to it. Its very dark hue and opaqueness makes it hard to see any spices, but in bright light you can make out a few black pepper specs here and there. Its thickness sits right in the center of the scale and the sauce has a syrup-like consistancy. From a suspended spoon, the sauce falls in a chunky, uneven pour which doesn't take long to switch over to fast drips. The sauce then slows to two or three slow drips before ceasing and leaving a medium coating of sauce left clinging to the silverware.

The flavor starts out very sweet and fruity, almost jam-like. It's completely made up of blueberry and devoid of the usual tomato that's commonly mixed in. As the sauce settles on the tongue, a medium tanginess is introduced and the sauce begins to show its barbecue colors. Then an earthy chili and light oniony notes further cement the barbecue complexity, and once the sauce leaves the tongue, a medium heat releases and creates a very familiar sweet, tangy, and spicy aftertaste that still retains the distinct fruitiness of the blueberries. 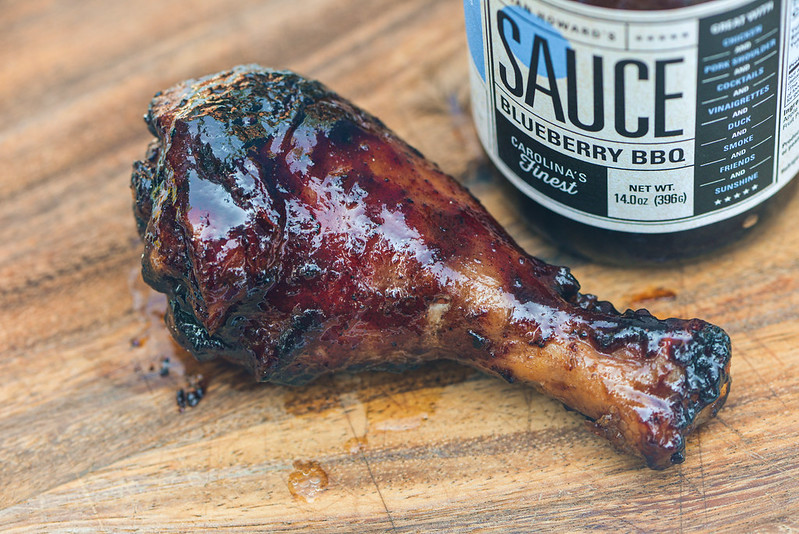 This sauce coated the chicken in a medium, even layer that baked down well over indirect heat. When moved over the coals, there was some mild caramelization along with just a little sauce loss. The flavor surprisingly shifted to taste more like a standard barbecue sauce. The blueberry became more of a nondescript fruitiness that melded with a generous tang, mellow spices, and light heat to deliver a comforting barbecue flavor that had a noticeable bright and high quality taste to it.

I'm so used to fruit barbecue sauces being "tomato and" that I was a bit taken aback when I realized this sauce was truly made from a solely blueberry base. That certainly made this sauce like no other, but the minimal spices and medium vinegar still delivered the complexity that you'd expect from something labeled as "BBQ" on the bottle. I was a bit surprised when that very unique flavor turned more standard after being cooked, with the blueberry shifting to more of a standard fruitiness rather than the distinct blueberry it delivered out of the jar. That kind of knocked it down just a tad for me because the promise of something truly different was diminished, and that is something I was hoping would carry through in all applications. Still, I doubt you'll ever taste a sauce quit like this one, and that's worth the cost and either the travel or shipping required to procure it. The incredibly unique and fresh flavor is well suited for a wide range of light flavored meats, seafood, or vegetables and I think you won't be disappointed with the results. If you do choose to grill with it, it will still serve you well and perform great over the flames, just be prepared for a more of a standard barbecue flavor.