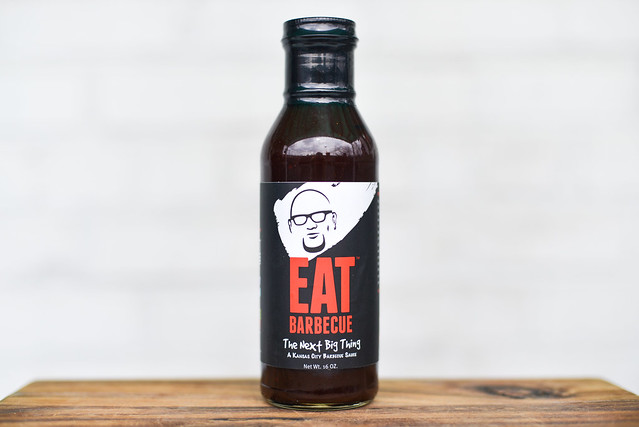 Eat Barbecue's The Next Big Thing hits all the notes a great barbecue sauce should—sweet, tangy, fruity, spice, earthy, smoky, etc.—and does it in a robust, yet balanced, manner that makes it a clear stand out in the crowded field of sauces. 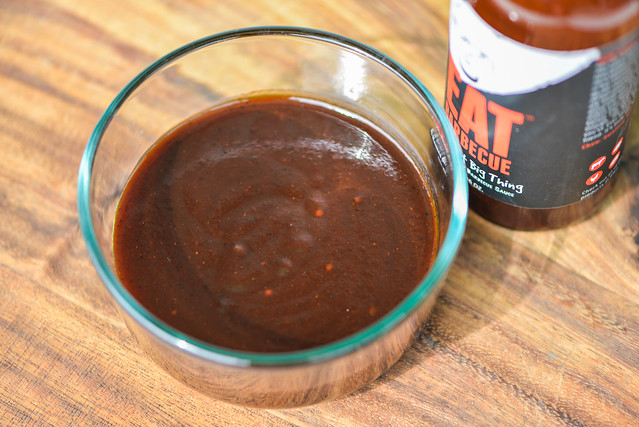 The kindness, generosity, and familial spirit of pitmasters are what continues to attract me most to competition barbecue. I was happy to see that even at the top of the game, this still holds true. While at the Kingsford Invitational back in November, I was surrounded by the best of the best in competition barbecue, and each team was only too happy to sit and chat, even while the arguably biggest competition of their lives was unfolding.

One of the most seasoned teams that day was Pellet Envy, headed up by Rod and Sheri Gray since 2001. These two have racked up more wins than any other team and they were there to keep that streak alive. As I tiptoed around their rig in an attempt to be as inconspicuous and out of the way as possible, Rob started up a conversation and we got to talking sauces. He then took a break from babysitting his ribs, dug around his trailer for about five minutes, and then emerged with two of his own sauces and bottle of homemade Blues Hog for me to take home. It's been a while since that day, but I'm finally getting around to giving Rod's Kansas City style sauce—The Next Big Thing—a proper review.

With a robust aroma, this sauce hits a lot of the barbecue checkmarks in a well layered and balanced fashion. First you get sweet, which comes distinctly in the way of molasses. A tomato base mixes in with an even tanginess from vinegar. The spices are more pronounced with this sauce's aroma than most—garlic and onion are discernible, as well as an earthiness from chili powder. A very light smokiness rounds the whole thing out and completes the barbecue equation.

Running medium-thick, this dark maroon sauce has a smooth appearance, although the plethora of spices—which are visible even though the sauce is opaque—gives it a little texture. From a suspended spoon, the sauce pours with a thick, syrupy character. It starts a bit uneven as a few larger globs break away, then smooths out to a steady, somewhat slow stream. As the sauce slows, it again starts to fall in chunks, then stops and leaves a light coating left clinging to the spoon.

Paying homage to true Kansas City tradition, this sauce is sweet from start to finish. It's heavy on the molasses right upfront, but that sweetness is quickly cut with vinegar which starts to build depth. Not long after the sauce turns tangy, all the spices begin to compete for your attention. None are overpowering, instead they mingle to create a barbecue balance that includes garlic, onion, and chili powder. It's only as the sauce retreats from the tongue that any heat comes out. It's a mild heat because the sugar remains in play, leaving a sweet, spicy, and smoky aftertaste. Throughout the entire progression, each ingredient tasted like it was of high quality due to their distinct and powerful flavors. 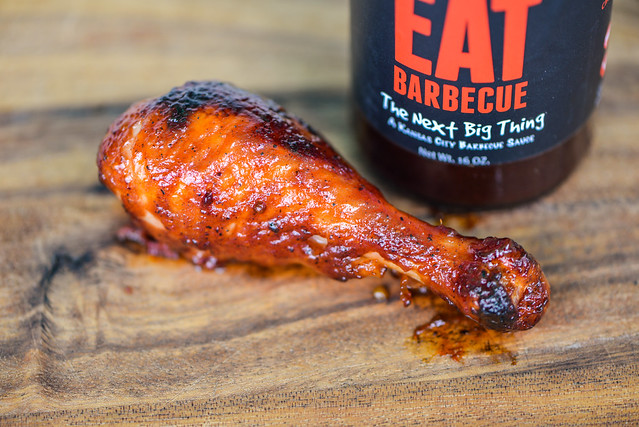 On the grill, the sauce coated the chicken evenly and cooked in excellent over indirect heat. It got extra shiny over direct heat with some attractive caramelization in spots without burning—it was one damn pretty piece of chicken. The sauce kept up its balance of flavor on the grill, although the scales tipped a little more to sweet side after being cooked. The heavy spices were a little subdued, but it did retained its well layered and complex felling overall.

With competition pitmasters, I worry the sauces will tip too far sweet because that tends to be preference of judges in most states. The Next Big Thing proved that you can have you sweet, but so much more as well. Not going for one note, this sauce really builds a complexity that makes it stand out from the crowd. It hit all the notes a barbecue sauce should, and did it a robust, yet very balanced manner. It was excellent out of the jar and after being cooked, and I could see it only doing good to anything it touches. In particular, it was great on chicken, and would be equally good on ribs—giving them a glistening and intensely flavored coating. It takes some good taste buds to make this sauce, and with all the wins Rod and Sheri have under their belts, this only goes to further prove these two know what they're doing.