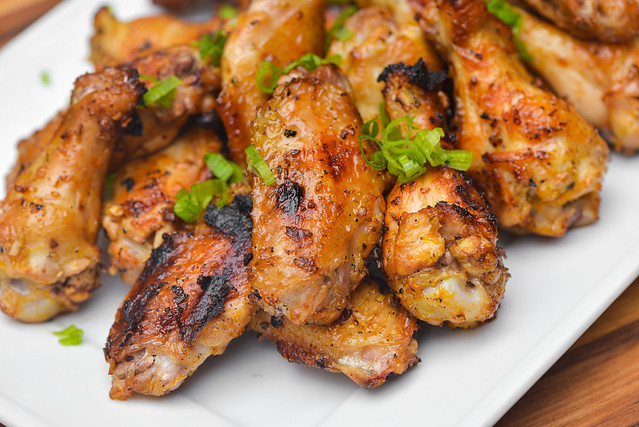 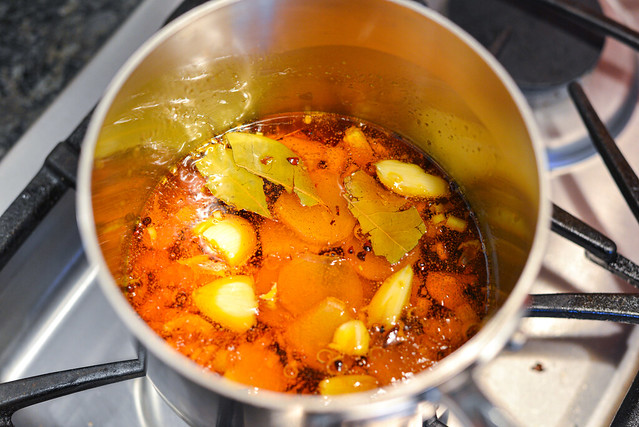 After discovering how to make super crispy wings on the grill, I continued to use the same method consistently, shunning everything else. That included not using marinades at all, which grew to feel limiting, so last Wing Month I freed myself from my self-imposed shackles and began marinating wings again to equally great results as my usual method. That left me with no fear when starting these wings off by making achiote oil to serve as the base of a marinade.

This achiote oil starts off with oil and the achiote (aka annatto) seeds, but layers on common Filipino flavors too like garlic, lemongrass, ginger, and bay leaves. After bringing to a simmer and allowing to steep, I drained the solids and was left with an orange-hued, well infused lemony and garlicky oil that would start the marinade off on the right foot. 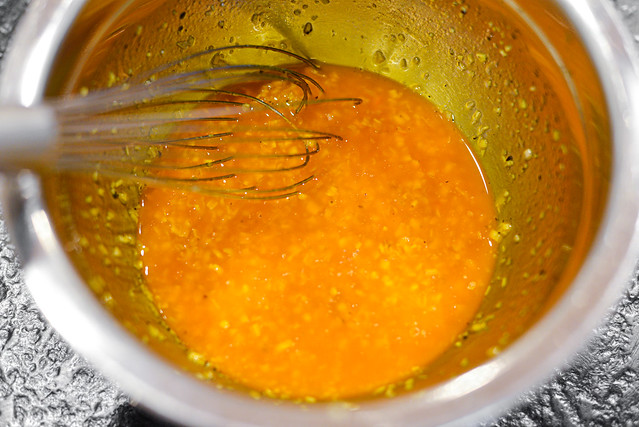 Then, to create the final marinade, to the achiote oil I added calamansi juice, coconut vinegar, garlic, ginger, lemongrass, and a little brown sugar followed by seasoning it with salt and pepper to taste. If you're not familiar with Filipino flavors, this marinade is a pretty ubiquitous example having a strong garlicky tang which is a hallmark of many dishes, with the supporting components coming together to really deliver a powerhouse taste. 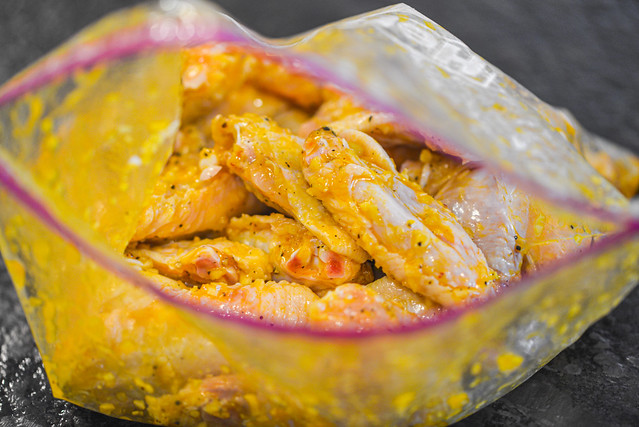 After finishing the marinade, I placed the wings in a large resealable bag, poured in the liquid, sealed, and tossed a bit to throughly coat the chicken in the sauce. I then set the bag in the fridge to marinate overnight. 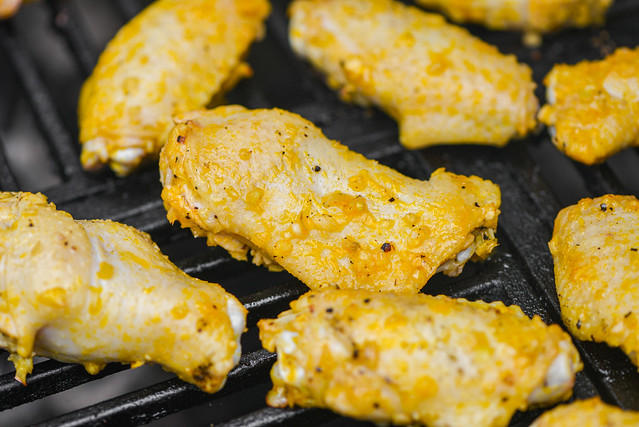 For so many years now, I thought I'd only get crispy wing skin if I air dried the chicken, starting them cooking with as little exterior moisture as possible. That certainly is the recipe for the crispiest of crispy skins, but oil-based marinades, such as this one, are also a path to that ideal crunchy exterior that I crave. Just as if you'd fried them, that oil will help crisp up the skin during the long time that wings require to cook. 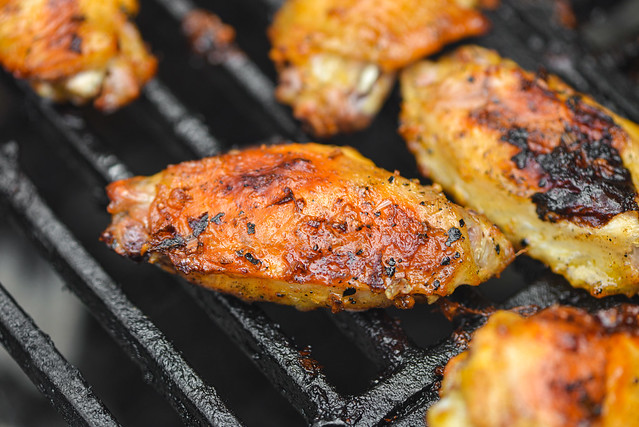 And indeed, once I hit the 45 minutes of cooking time needed over indirect heat, the wings looked beautifully browned with a great crackling skin. I couldn't wait to try them, so plated these up, garnished them with scallions to make for prettier photos, and then dug in before even any of my guests arrived. 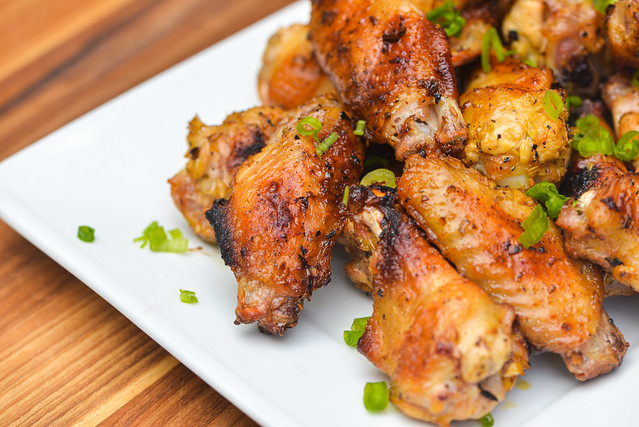 It would be a shame if I continued on my trend of never marinating wings because I would have missed out on these excellent specimens. A garlicky tang was the most prominent characteristic here, being well embedded in the meat and the skin. But the wings had really nice nuances too, like a bright lemony taste, mellow peppery bite, and citrusy notes that gave depth to the tartness. The meat was also still incredibly juicy and the skin had a commendable crunch to deliver that pleasing wing equation. More than anything though, I'm just super excited that wing month has finally come, and this recipe that I made back in September finally gets to see the light of day...and there's still four more equally delicious wings still in store!