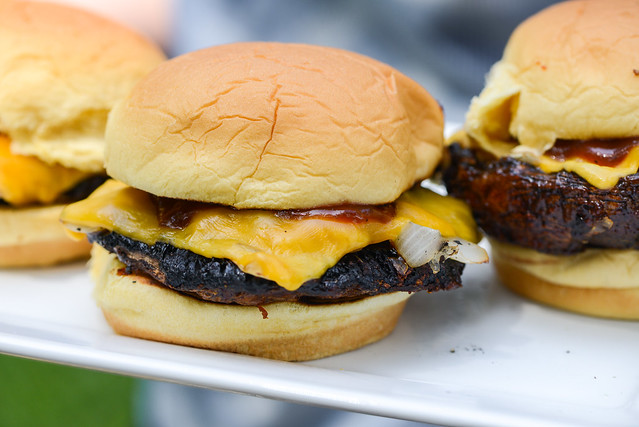 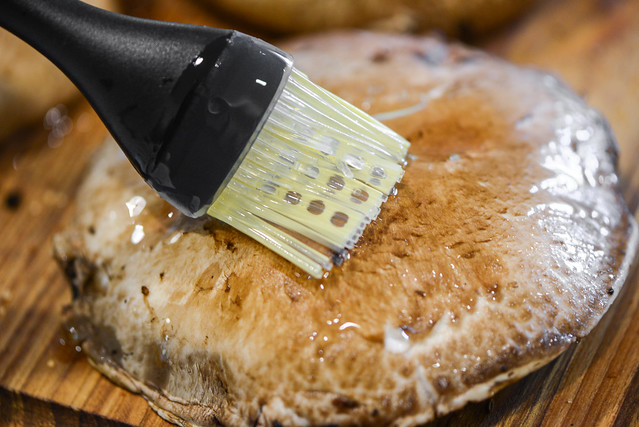 That success with barbecue tofu came from treating it in the same manner I would barbecue chicken, which started with the application of a rub, so I did the same thing here. Since meat is inherently moist on the surface, a rub easily clings to the outside, but for drier mushrooms, a little help was needed by an initial brushing of oil first. 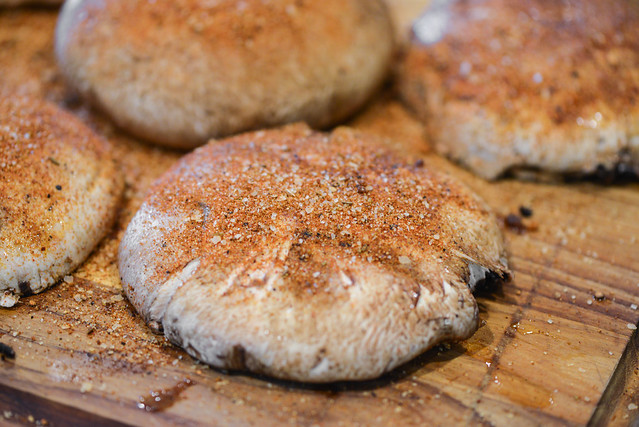 Once oiled up, I gave each mushroom cap a generous dusting of my standard barbecue rub. My goal was to give these mushrooms the same strong barbecue flavor you'd find on chickens and ribs, so I saw no need to skimp in any way on the seasoning. 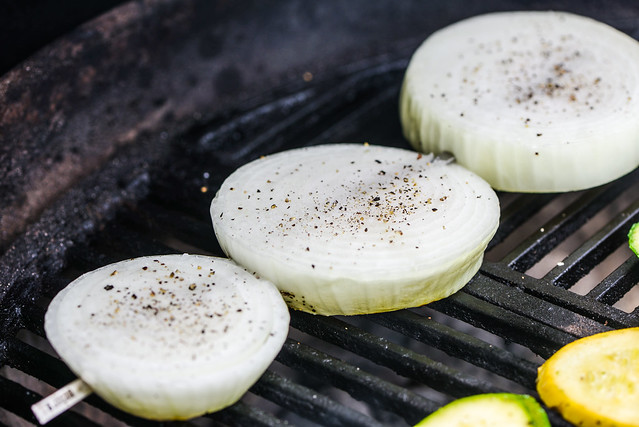 That was all there really was in term of prep for these, so it only took a couple minutes until I was off the grill where I started by cooking up an onion that I had cut into 1/2-inch high rings that I threaded onto a single skewer to make it stay together and be easily manageable. This made moving and flipping the onion around a snap while I waited for it to char and become crisp-tender, which took about seven minutes total over the fresh fire. Once done and set aside to cool a bit, I removed the skewer and roughly chopped the onion. 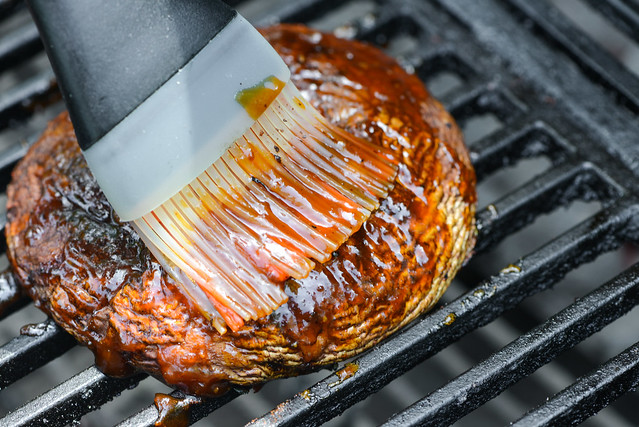 Next came the portobellos, which I cooked entirely over direct heat. When cooking mushrooms, my goal is get them to extrude a lot of their water content, at which time them become tender and delicious, but then pull them off before they cook much further and begin to dry out. For these mushrooms, that took about four minutes per side, and in the last minute or so of cooking, I brushed the caps with barbecue sauce which then caramelized during the short remaining time over the high heat. 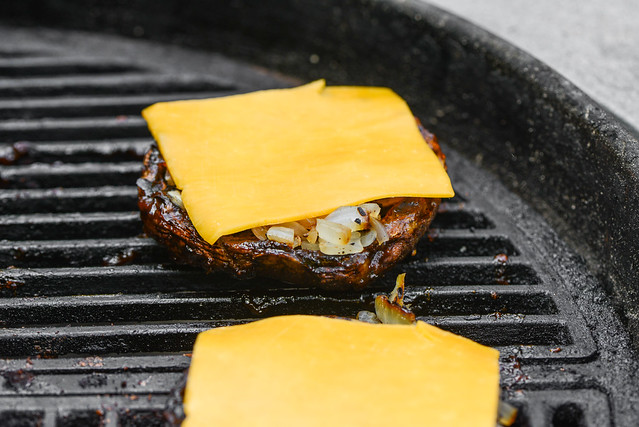 Once done, I moved the portobellos over to indirect heat, flipped them all gill side up, and topped with onions and a slice of colby cheese. I then covered the grill and let them cook until the cheese was melted. Right before pulling the mushrooms off, I quickly toasted the burger buns because toasty buns are almost always better. 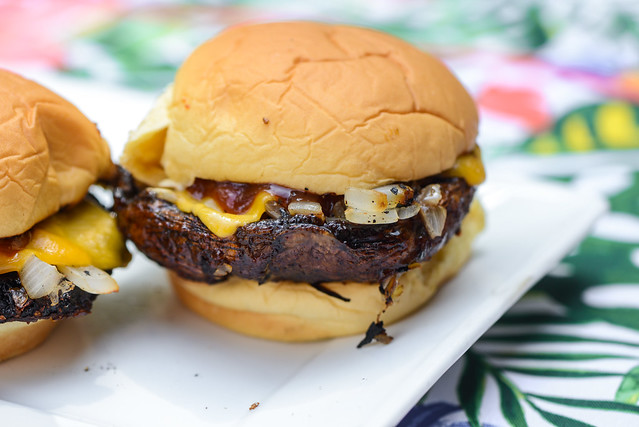 After placing one mushroom in each bun and finishing them up with a little extra barbecue sauce, it was time to serve. For me, the barbecue, onion, and cheese mixture is one that's hard to lose with, and it worked very well on these tender and full-flavored mushrooms. They had a great, complex barbecue profile that worked well against the hearty and earthy taste of the portobellos, which I wouldn't describe as meaty flavor-wise, but that description was apt in the sense that after finishing one of these, you were about as full as you would have been if it were a beef patty instead. So add another tick in the win column for a barbecue rub and sauce combo making a veggie option be all that it can be.

Portobellos are given a seasoning with barbecue rub before being grilled and finished with barbecue sauce, charred onion, and cheese in these hearty "burgers."