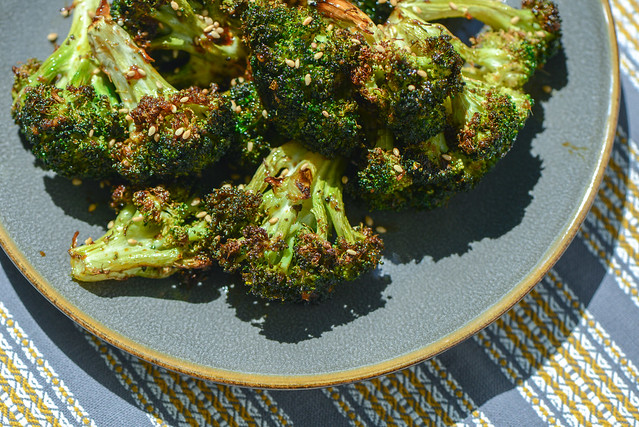 Growing up, broccoli was one of the select few vegetables I would stomach. It was also one of the first vegetables I willing cooked for a meal—albeit I choose to batter and fry it, the fact that I made any veggie for myself was notable. As I grew out of juvenile eating, broccoli didn't become any less loved, although it became more rare as I opted for things like brussels sprouts, cabbage, and green beans instead. Given my warm history with broccoli, it's kind of odd that it wasn't until last year that I first took it to the grill, but now that I know how a hot fire makes it all the better, I'm ready to make up for lost time and this hoisin-ginger glazed broccoli is likely to be just one of what will become many recipes as I rekindle my flame with this green veg. 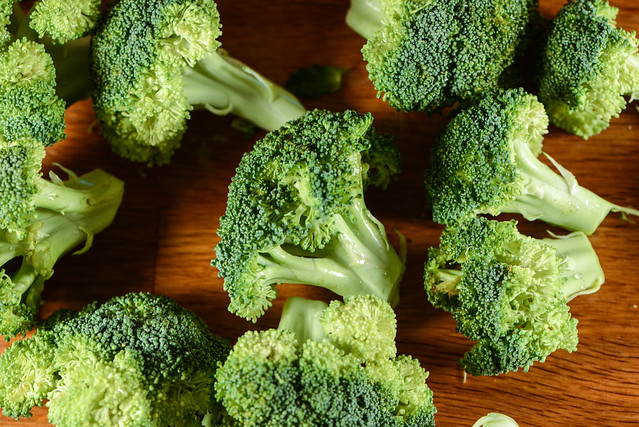 In my first attempt at grilling broccoli, I chose to prep it in huge spears to avoid any issues with small florets falling through the grates. This was not optimal as, even after a long cook, the thickest parts of the stalks were still tough and the final product was comically huge and difficult to manage on a plate. So this time around I started by cutting a large head of broccoli into medium florets, still keeping them large enough that they wouldn't succumb to a fiery fate. 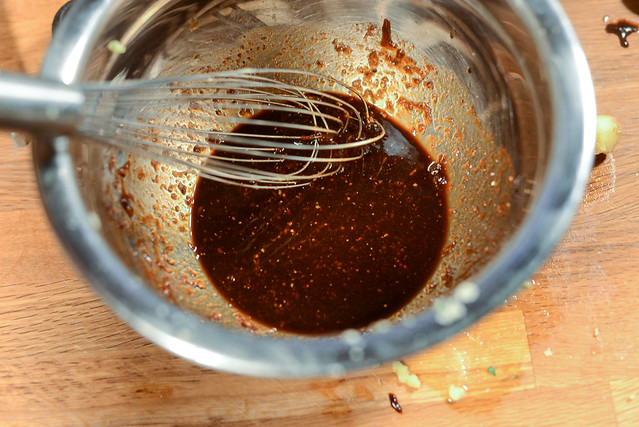 I also decided to introduce some additional flavor by way of a glaze. That original broccoli I mentioned that I cooked for myself when I was still mostly veggie adverse was always finished with a teriyaki sauce. That started me thinking in the realm of Asian flavors here, leading to a hoisin-based sauce whose sweetness gained added complexity and contrast by way of soy sauce, honey, garlic, ginger, sherry, and white pepper. 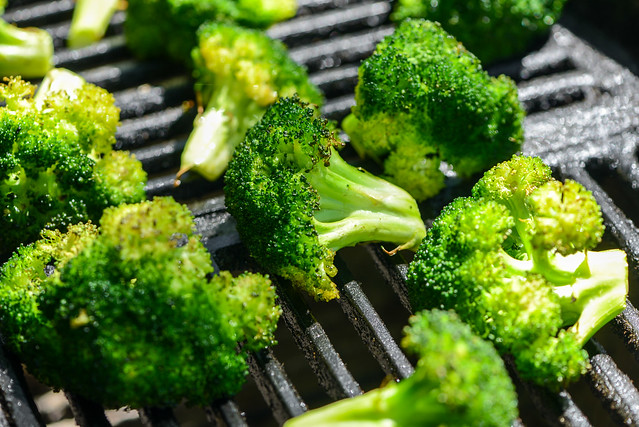 Before grilling, I tossed the florets with some oil and salt and pepper to taste in a large bowl. I then arranged them on the cool side of two-zone high heat fire, covered, and let roast. 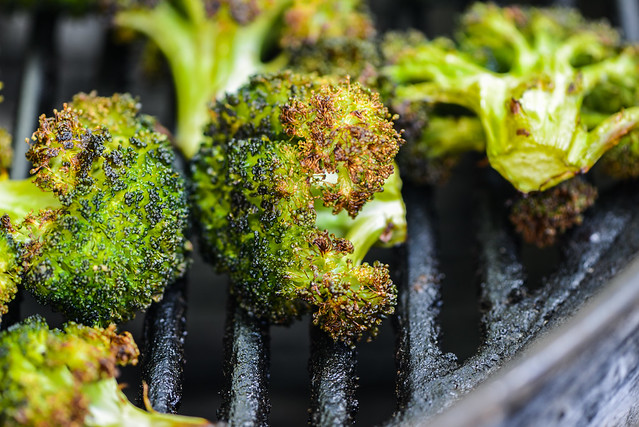 What's so great about utilizing that high heat output from a fresh batch of coals is that it only takes about 15-20 minutes for the broccoli to cook through and the ends of the florets to gain a great crispness. This, to me at least, is the ideal texture for broccoli—the mix of a light crunch and crisp-tender flesh. 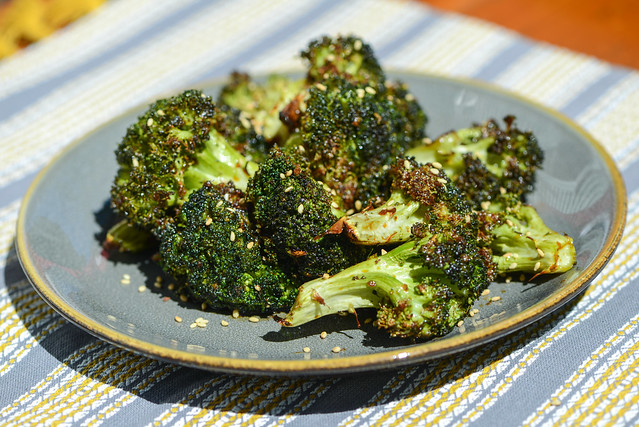 After the broccoli was done, I transferred the florets to a large bowl, tossed with the glaze, then arranged on a plate and finished with a garnish of sesame seeds. The final product reminded me of why I was so taken with broccoli and not other veggies back in the day—it has enough of a flavor to be distinct, but it's also light enough to allow whatever sauce is paired with it to have a pretty large influence. In this case, the glaze brought me back to those teriyaki broccoli days, but with a bit more of sophisticated profile. The sweetness of the hoisin and honey were front and center, but the garlic, ginger, and pepper added a light heat and bite while the soy sauce amped up the savoriness. All-in-all it was a easy side that I could see taking the plate next to so many mains, be it a grilled skirt steak, roasted chicken, or ribs.

A hot fire gives this grilled broccoli a great crisp-tender doneness with a little crunch that's made all the better with a finishing hoisin-ginger glaze.