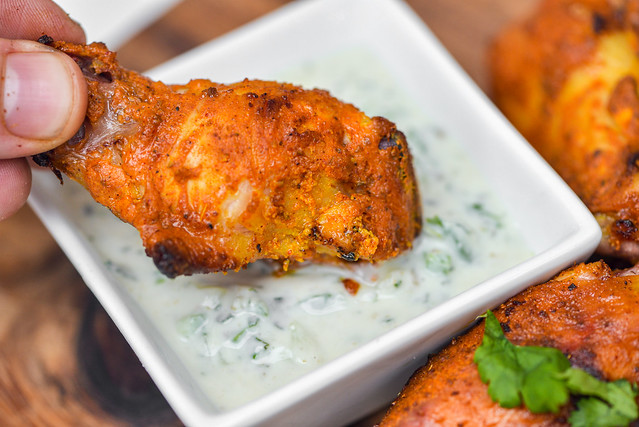 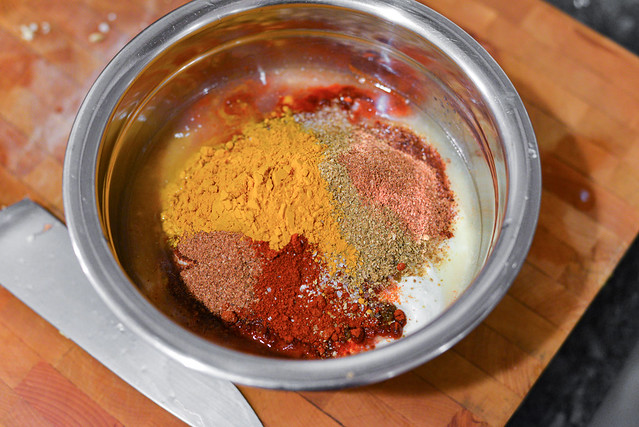 I was a picky eater growing up and a love for Indian food wasn't instant, but chicken tikka kind of provided a gateway into developing a taste for the cuisine. While its certainly spice heavy like so many Indian dishes, when applied as a marinade and cooked at high heat, it bakes into a delicious coating that really isn't very challenging on American bred taste buds. This is partly due to the fact that the spices that do get mixed in the marinade are all either fairly familiar and complimentary like garlic, ginger, cumin, and coriander, or pretty neutral like paprika, turmeric, and annatto. Those last two combine to give the marinade a healthy orange hue, but if you want that deep red color you get at many restaurants, a few drops of red food coloring will provide that for you. 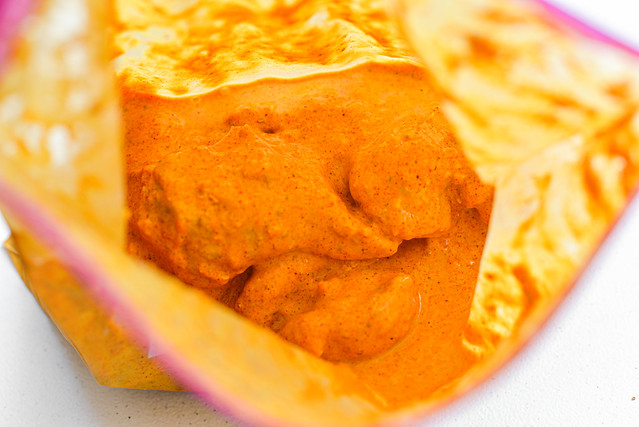 What makes this recipe so different than most all of my other wing recipes is that it doesn't try to get a crispy skin. Longtime readers of this blog will know that I love an exterior crunch, and most of my wing methods all focus on achieving that, but it's not part of the equation for chicken tikka—with a yogurt based marinade like this, all the extra moisture introduced into the skin will pretty much ensure crispiness isn't going to be an output here. 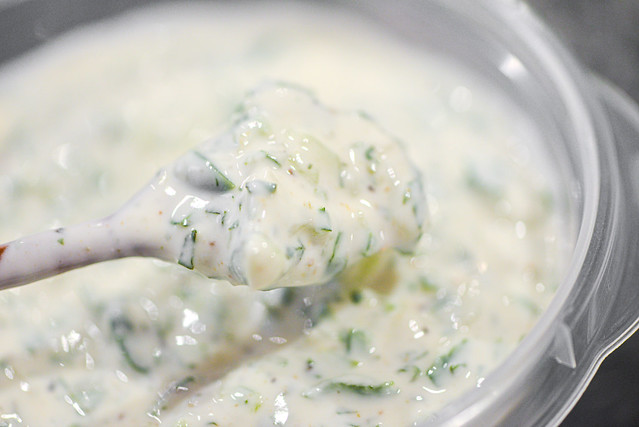 While I let the chicken marinate in the fridge for awhile, I put together a dip in the form of a cucumber and mint raita. This creamy and cooling dip is a go to for me in a lot of my Indian recipes because it provides very versatile complimentary and contrasting flavor to a lot of Indian foods. One of those traits is being able to mellow out heat, but my chicken tikka didn't have all that much spiciness, so I actually tossed some chopped jalapeños into the raita this time around so it would actually provide heat instead of balance it out. 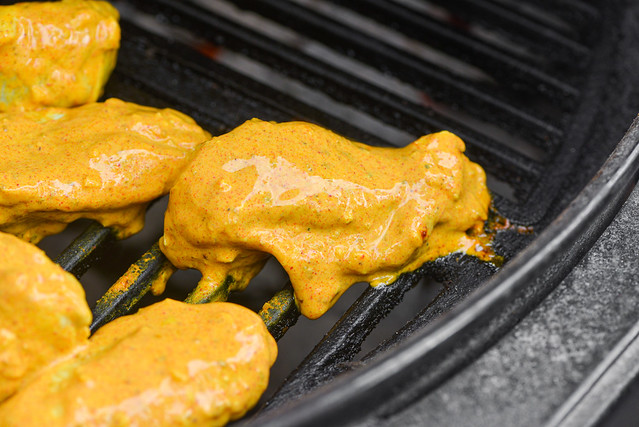 Once I had a batch of fresh coals going, to moved those little wing pieces from the bag to the grill, situated over indirect high heat. I then covered and let them roast for the 45 minutes I've found to be the right time for wings on the grill. 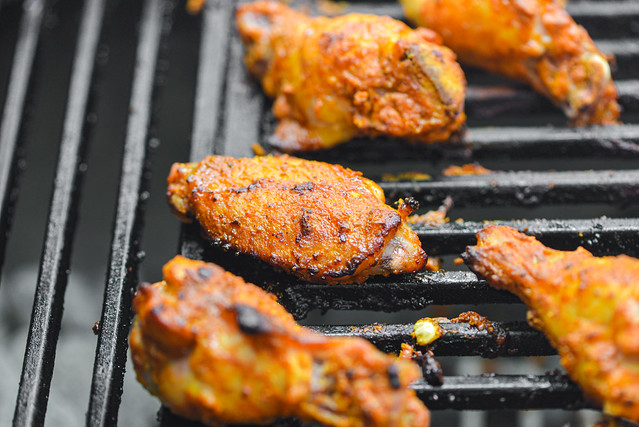 Once done, that super saucy coating had baked down into a beautiful earthy orange exterior with some nice browning here and there. They certainly looked the part of chicken tikka, but the real question was, how did they taste. 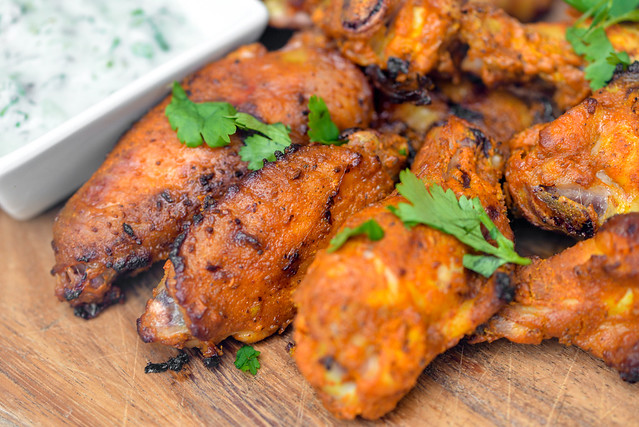 And it's pretty safe to say that these were some of the best pieces of tikka I've ever had. That mild, but effective, spice layer lent its earthy and tangy profile to the chicken with the slightest touch of heat, but where things got much better than normal was with the chicken itself. When I was stuck on always getting chicken tikka at restaurants, more often than not, it was done with chicken breasts which don't add a whole lot the flavor. Compare that to super flavorful wings whose meat, skin, and fat add a strong chicken-y component that paired really well with the spiced crust, and you've got a recipe for success. I think these provide a fitting cap on another great Wing Month and I can't wait until next year to share even more tasty and unique wing recipes!

A standard chicken tikka marinade finds an even better home on juicy and flavorful wings.