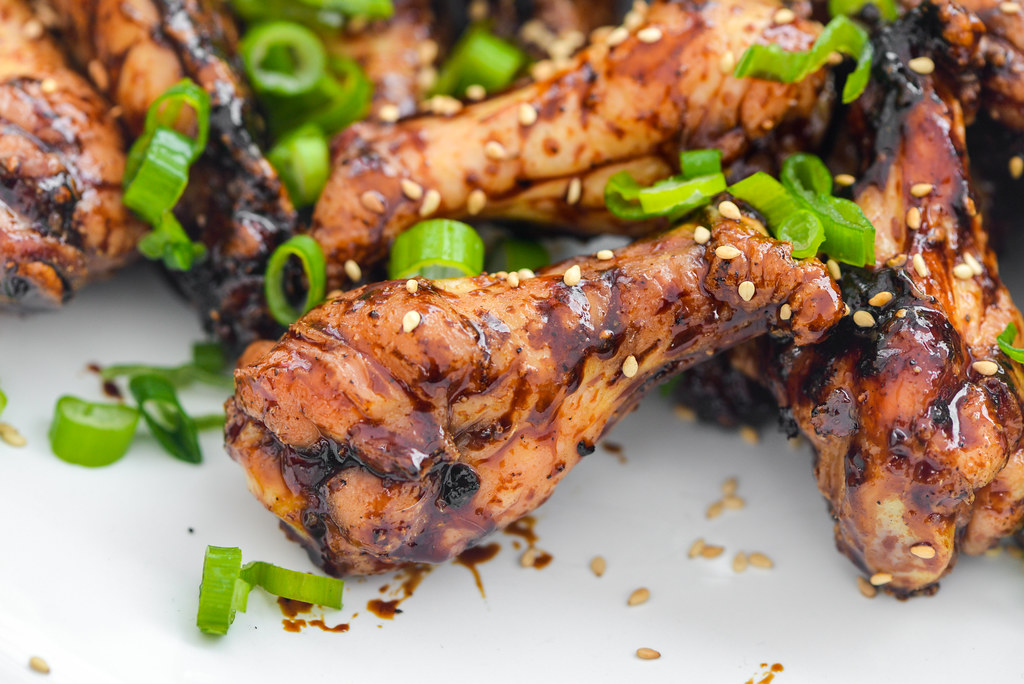 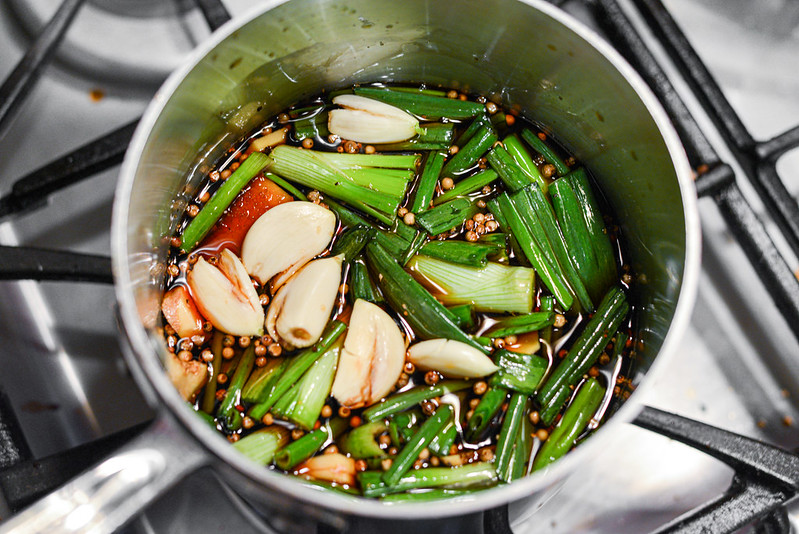 The magic in these wings all lies within the sauce. If you're not familiar with tare, just think along the lines of teriyaki, but with more depth. Unlike teriyaki though, there isn't really one master recipe for tare because part of its defining characteristic is that each one can be different, tailored to the tastes of the chef making it. Some tares even start as the foundation of new ones, a little like a bread starter, so they become increasingly funky and more complex over time. The recipe I use is one I developed for Serious Eats a long time ago that's made of fairly accessible ingredients and has served me well throughout the years, so it continues to stand as my base for when I'm developing something fit for sharing. 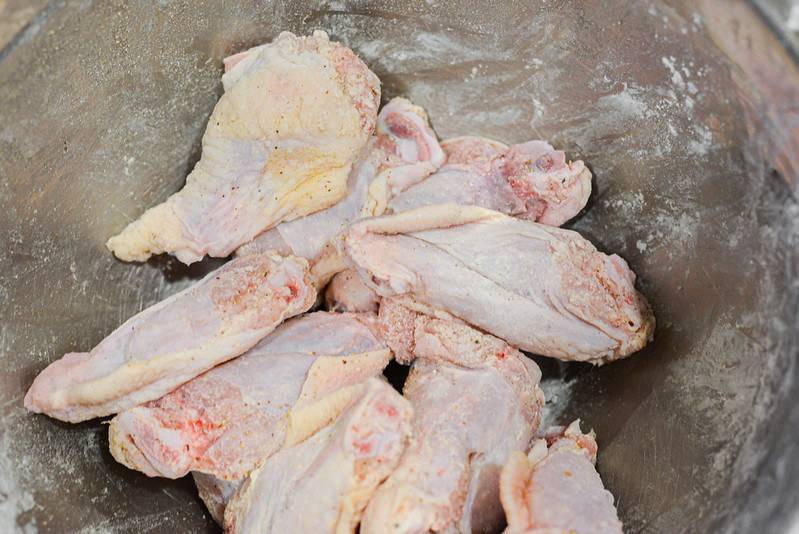 For the wings, I went with my standard method, which probably sounds like a broken record at this point to loyal Meatwave followers. For those new here though, the process may sound a little strange and long, but it makes for incredibly crispy and juicy wings on the grill. It starts with coating the chicken in baking powder and salt, and this time I tossed in a little white pepper to compliment the flavor of the tare as well. 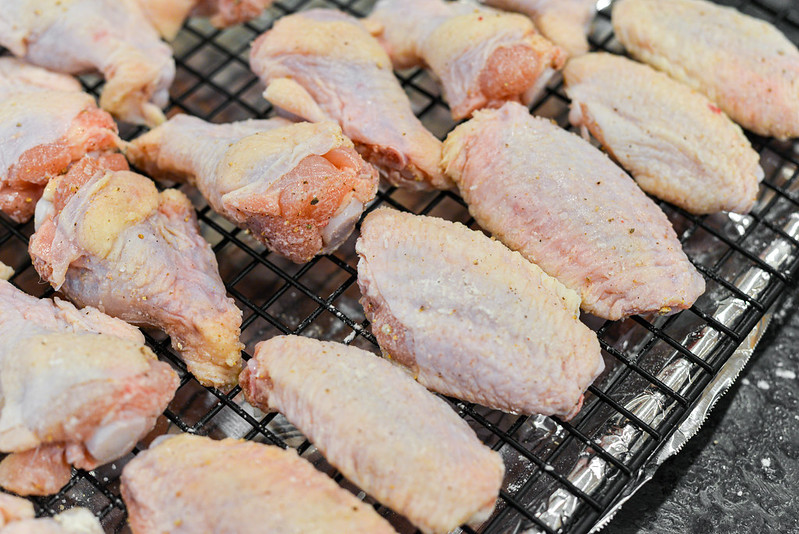 The baking powder is what helps create a textured skin that holds sauces really well, but to get that extra crunch, the exterior needs to be dried out before grilling. To do that, I arranged the wings on a wire rack set in a baking sheet, then place the entire thing in the fridge overnight. By morning time, the once wet looking wings looked dry with skin more taught than when they started. 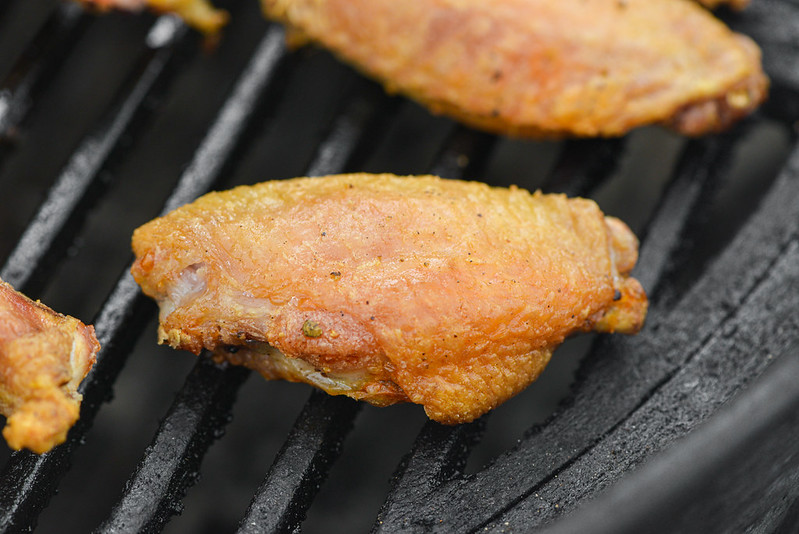 Since wings take a long time to cook, a two-zone fire is called for. This is when all the coals are situated on one side of the charcoal grate and the other side is left empty. I placed the wings on the "cool" side of the grill and covered. When using a freshly lit batch of coals, the temperature in the grill should clock in somewhere around 450°F, and this high heat is another reason the skins get so crispy. 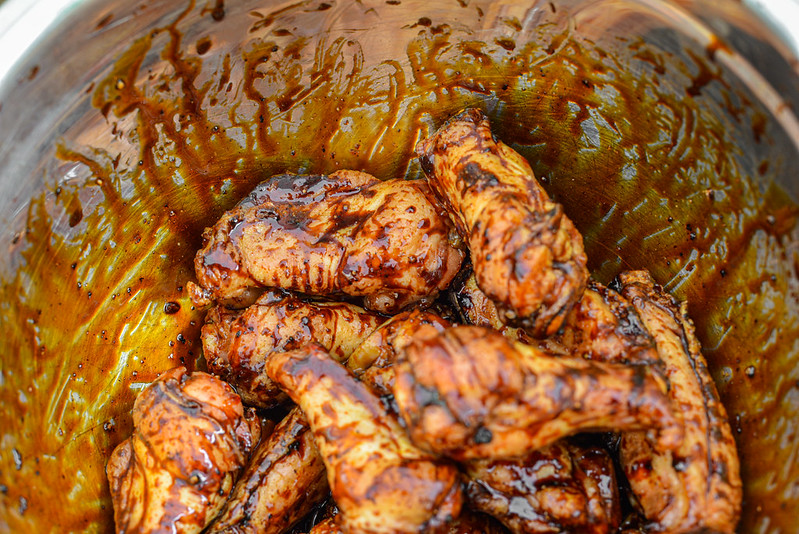 After 45 minutes of the cooking, the wings were well browned and had a crackling crunch to them. So I then applied the sauce by moving the chicken to a large bowl, pouring in some tare, and tossing to coat. 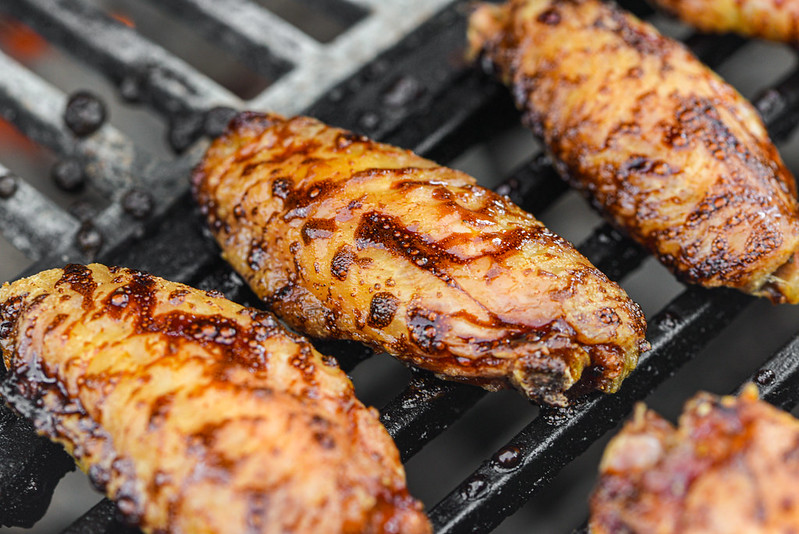 Then back on the grill these went to allow for the sauce to bake down and caramelize a bit to further intensify the flavor. After just a minute or two over direct heat, they were done, so I plated them up and garnished with sesame seeds and scallions. 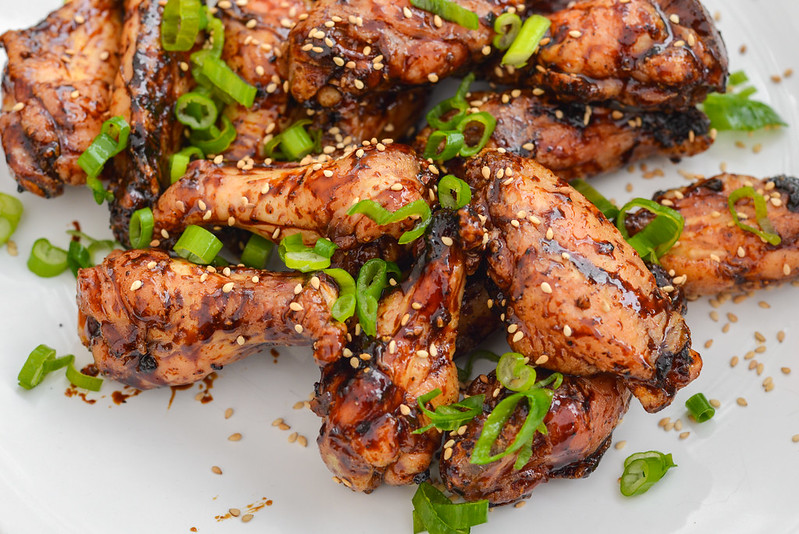 Sweet and savory kind of defines Tiki-type of foods, and these wings delivered that flavor profile and then some. Normally it would be teriyaki adorning all sorts of meats and veggies at a Tiki affair, but these wings definitely took things a step further than that with a foundational salty sweetness thanks to the soy sauce and mirin base, but layered on a nice tang, spice, and bite from the other ingredients in the tare sauce which exemplified why this particular Meatwave was so great—everything was kind of like Tiki food taken to the next level. After writing this, it's getting even harder to wait for that first cookout this year, where I have even more interesting things planned....how do dry curry wings sound?