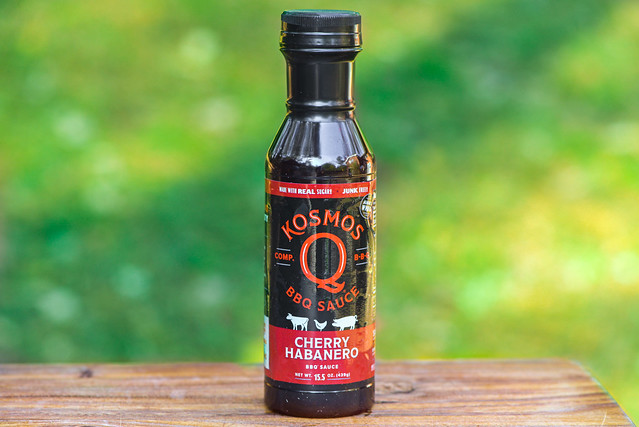 Adding an additional fruity layer by way of cherry and extra heat via habaneros, this competition-based sauce levels up from its peers and delivers a versatile and crowd-pleasing flavor. 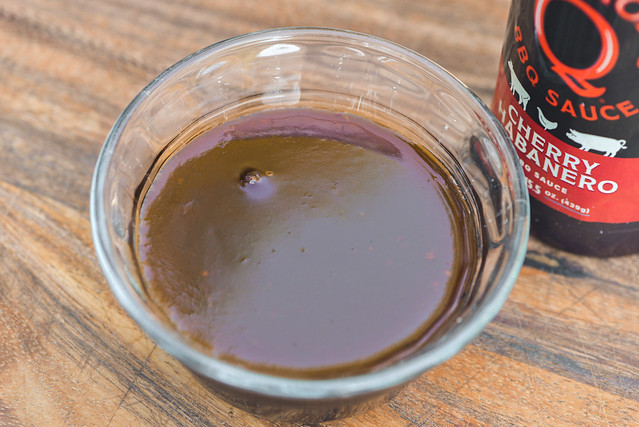 Darian Kozz, aka Kosmo, has grown up around the food industry and cooking his entire life. At the age of 13 he began his first food related job at Wilds Fish Farm, getting his feet wet with barbecue tasks such as slicing brisket, rubbing ribs, and smoking birds. He started his competition barbecue career in 2003 and over time he's racked up multiple grand and reserve grand championships along with invites to the Jack, American Royal, and Chest-to-Chest World Brisket Cook-Off. In 2009 he began packaging and selling his sauces and spice rubs in an effort to help support his competition team, but Kosmo's Q, based out of Tuttle, Oklahoma, continued to grow into the vast business it currently is, offering a wide array of sauces, rubs, injections, and more that are sold and used in competitions and backyards around the world.

A first whiff of this sauce leaves little doubt of its heat as it imparts a strong, nose-tingling peppery kick right upfront. Although heat is prominent here, it's balanced by a sweet and fruity base that has some hints of cherry, but leans toward a more tomato-ketchup type of aroma. With a few deeper nosefuls, all of the robust barbecue undertones come out which include a prominent tartness, mild molasses, and those common oniony and garlicky notes.

This maroon sauce has a very glossy sheen and mostly smooth consistancy that's only broken up by a few larger spice bits. Those spices are mostly larger specs black pepper, but you can also see a lot of small red pepper dots throughout too. The sauce is medium-thick and syrupy, which has it falling from a suspended spoon in a fast and even pour that switches to four or five slower drips once most of the sauce has released, then ceases and leaves a thin coating of sauce clinging to the silverware.

A syrupy sweet flavor starts off the sauce here, which quickly mixes in with a strong combo of tomato and cherry fruitiness that has molasses backing them up. Next, a little tang works its way in to cement the barbecue taste, followed by hints of onion and garlic. Those spices are fleeting though as the habanero takes hold and first boosts the sauce's fruitiness before releasing its heat. The spiciness starts strong and just continues to grow, drowning out most flavors except a mild fruity sweetness and mellow tang that ensures the aftertaste isn't mouth scorching heat alone. 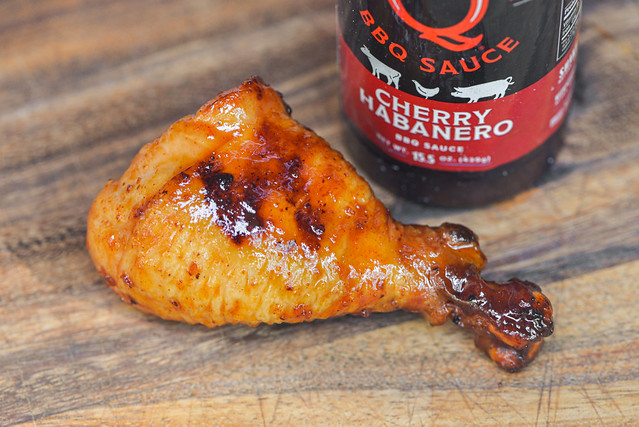 This sauce coated the chicken in a thin, even layer that slid off a bit, but still managed to bake down to form a respectable layer over indirect heat. When moved right over the fire, there was nice caramelization with no sauce loss at all. The first bite of the chicken had a noticeably bright and tangy flavor. A couple more bites in, that sweet fruitiness tasted out of the jar built up nicely, as well as the first waves of mellow heat. It took a few more bites for the power of the habanero to start tingling the lips a bit, but it never reached the heat levels tasted out of the jar. This created an overall more balanced barbecue profile with equally matched waves of sweetness, fruitiness, tang, and heat.

If you read these review I do, you already know I have a soft spot in my heat for spicy sauces, but I think I'm being fair when I say this was one of my favorite hot barbecue sauces I've ever tried. With its sweet, glossy, and syrupy base, there's no doubt this was born out of a competition sauce, but where most competition sauces stop their focus after looks and sugar, this one really builds out its flavors by adding a great cherry layer on top of the standard tomato and then delivering a excellent heat that doesn't go overboard, especially after being cooked, making it potentially more crowd-pleasing than some other spicier specimens. I'd love to slather this sauce on a rack of ribs or finishing a batch of wings in it, but I can imagine if you picked up a bottle, you could find it endlessly versatile in you backyard. I've been aware of the Kosmo's Q brand for awhile and am now kicking myself for waiting so long to try it, because if this sauce serves as an example, there's a lot of promise in the entire extensive line.