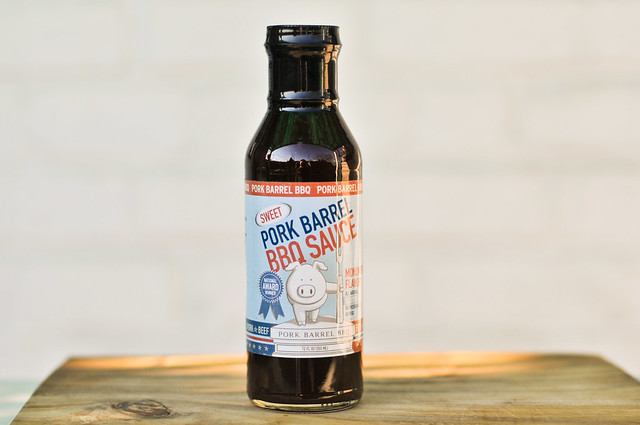 A heavy hand of molasses mixed with a wide array of course spices define this sauce, whose uniqueness made it exciting to keep going back for more. 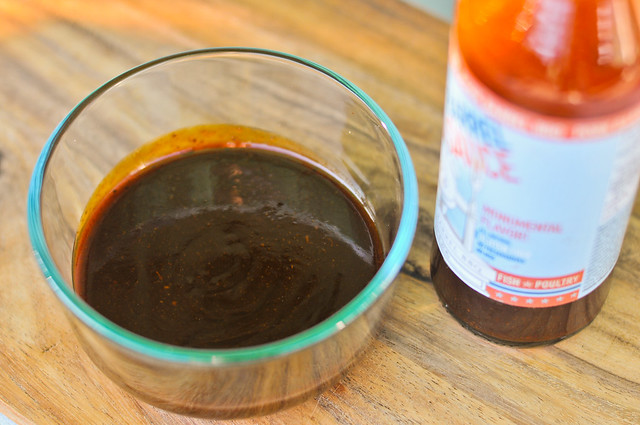 What do you do when when the government has you down? Create a barbecue empire! That's exactly how it happened for ex-Senate staffers Brett Thompson & Heath Hall who were lamenting poor barbecue options in our nation's capital after a rough day on the hill. Two years after conceiving the idea, Pork Barrel BBQ officially started in 2008 with a spice rub, then later added a sauce, which promptly took 2nd place at the Safeway National Capital Barbecue Battle. Their fledgling business got a kick start after being featured on the program Shark Tank, where they gained national coverage and an investor. In just a few years, their business has flourished, with their product line gaining near national distribution and the opening of their first restaurant in Alexandria, VA (which just so happens to be only blocks from my Mother's apartment).

There's a very heavy molasses scent that dominates this sauce. Through the molasses, you get the tomato, which carries a little sweetness along with it. There's the required tang of vinegar and an unmistakable liquid smoke that blends in seamlessly with deep molasses to create a familiar barbecue sauce aroma.

This dark maroon sauce hits right in the middle of the thickness scale. It flows smoothly in a constant stream off the end of suspended spoon. As the sauce falls, you can see the tons of visible spices that give this sauce a lot of its flavor and texture.

The first taste is a mouthful of molasses—it's heavy and deep, but not too sweet. As the molasses starts to fade, you get a little hit of tomato before the tartness kicks in. The vinegar flavor sticks around on the tongue as the final note of liquid smoke start to emerge, leaving a slightly pungent aftertaste. The many spices create a nice mouthfeel and unleash different notes throughout the process, with black pepper being strong, along with ground chilies which lend an earthy spice to the sauce. 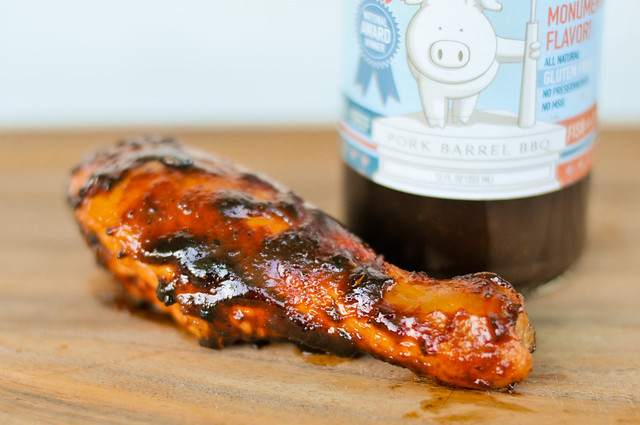 On the grill, the sauce bakes in over indirect heat, only to burn off a bit when moved to direct heat. There was some light caramelization without any burning. The heavy molasses found a better balance with the rest of the players after being cooked, creating a nice sweet and tangy coating on the chicken.

While I found the molasses on the heavy side, and the end notes of liquid smoke a little off putting, overall this was a very interesting sauce. The spices that run throughout gave it a unique feel and added different flavors on each taste. Off the grill, I would use this for heftier meats that can stand up to its dominating presence, like brisket or pulled pork. The sauce did have a better balance of flavors after being cooked, making it a decent choice for chicken or ribs, even if it was not a top performer in ideal grilling characteristics.