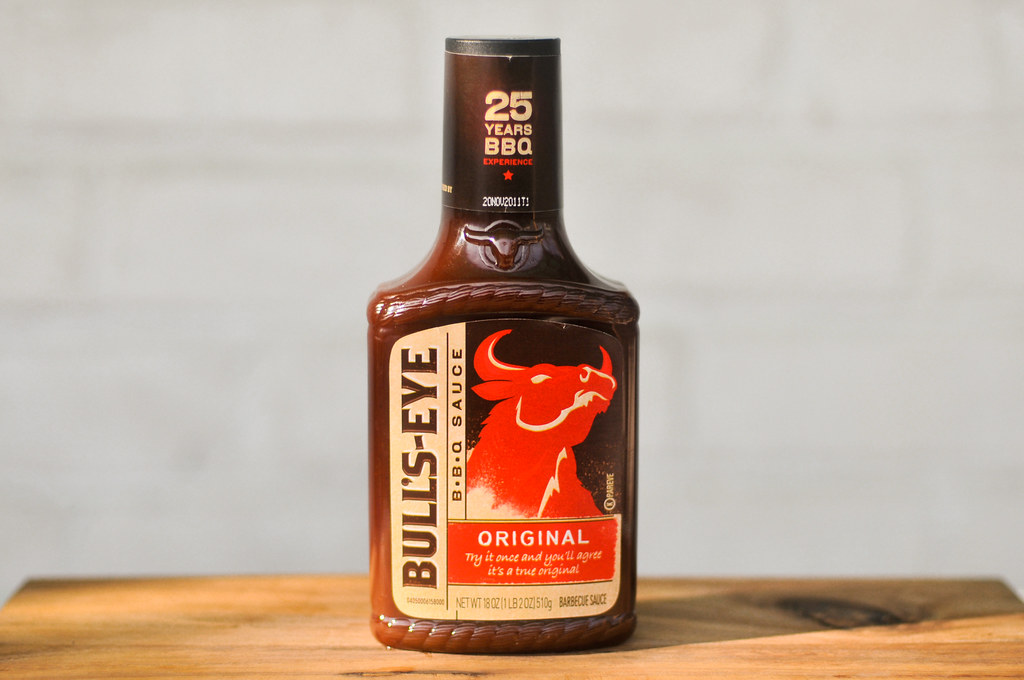 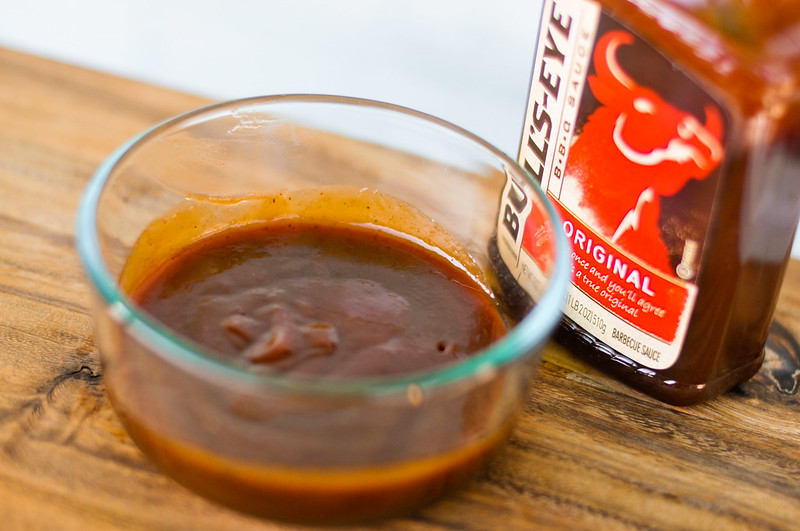 I can't imagine there are many people out there that don't think of Bull's Eye when they think of barbecue sauce. As far as I can tell, this is all due to intense marketing efforts of Kraft, who produce this sauce. Labeled as "the bold choice" for barbecue, Bull's Eye can be found it just about every supermarket I know of, and comes in nine different varieties.

A smokiness fills the nose, with a sweetness that cuts through when it starts to verge on too much. That sweet runs deep, clearly being the product of some heavy molasses. The smoke mixes with the vinegar fairly seamlessly, with neither dominating or overpowering, leaving the sauce having a robust, nicely balance aroma.

This sauce runs thick, with a heavy cling to a suspended spoon, only coming off in globs intermittently. The opaque, brownish-red sauce hides most of the spices, unless held up to the light where you can get a hint of the seasonings giving this sauce it's heavy-handed flavor.

Those Kraft marketers got this right, it certainly delivers on big, bold flavor. The smoke really packs a wallop, with the vinegar only intensifying the tart smokiness. Between the initial hit of smoke and the final tang left on the tongue, there's a nice tomato/molasses sweetness with hints of onion and garlic thrown in. The sauce has a syrupy feel, the type that coats the tongue with a somewhat over-processed feel. 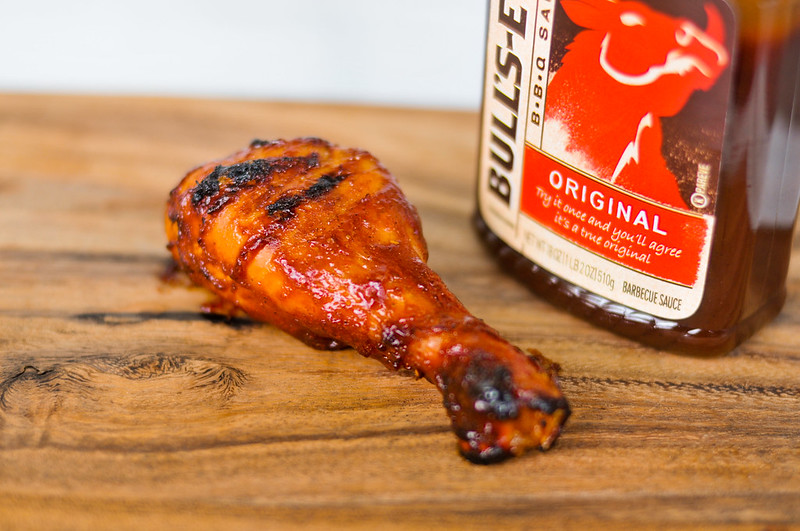 Bull's Eye sure produced one fine looking piece of chicken. Baking in beautifully, and only caramelizing the perfect amount at the end, this sauce was certainly made with grilling in mind. Unfortunately, the good looks came at a cost in flavor. Those bold flavors that made this sauce stand out before became muted a slightly dull. The smoke and sweetness that were strong in the sauce before were still there, but to a lesser degree, making this chicken leg one that wouldn't stand out much in a truly blind taste test (they have the eating with your eyes part down superbly).

If you're looking for some in-your-face boldness, you're going to get it with Bull's Eye. Out of the jar, this sauce will add hefty flavor to anything you slather it on, which, for better or worse, might overpower the delivery device. When cooked, a lot of that heavy flavor mellows and the sauce creates a beauty of a piece of chicken, but taste doesn't quite live up to looks. For a national supermarket brand, it's a pretty solid choice and I'm actually looking forward to trying out the rest of the Bull Eye's family to see what they have in store.