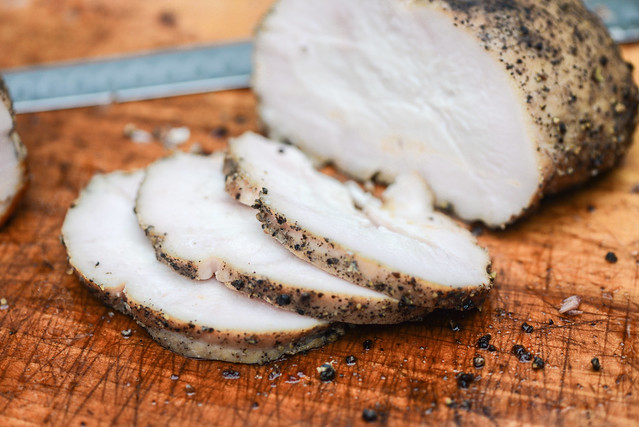 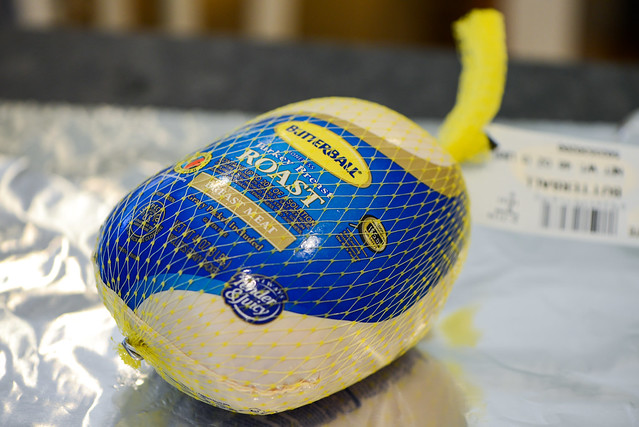 One thing I marvel at when I get turkey in Texas is the sheer size of the breasts. Either these pitmasters are working with some real Texas-sized birds, or they're combining multiple breasts together to form one massive chunk of meat. When going to pick up turkey myself here in Durham, I was limited to these somewhat small boneless breasts roasts from Butterball, who seemingly have cornered the market for this cut. Butterballs come injected with a solution that helps with moisture retention, but it also waters down the natural flavor of the meat a bit. Given the option, I would have rather gotten a "natural" breast roast, which means it has been only minimally processed, letting me brine it as I see fit. 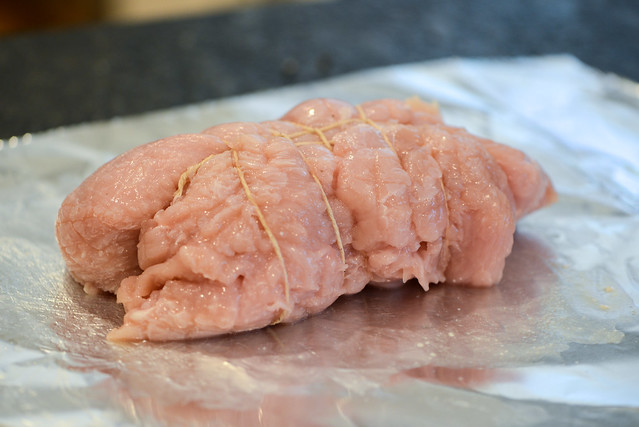 The turkey came wrapped in a netting, holding two breasts together in a football like shape. Both out of curiosity, and because I wanted to change the shape to be a more even cylinder, I cut away the netting and retied up the turkey myself. This isn't a necessary step, but the increased evenness and less covering equated to more consistent cooking and additional pepper retention on the roast when done. 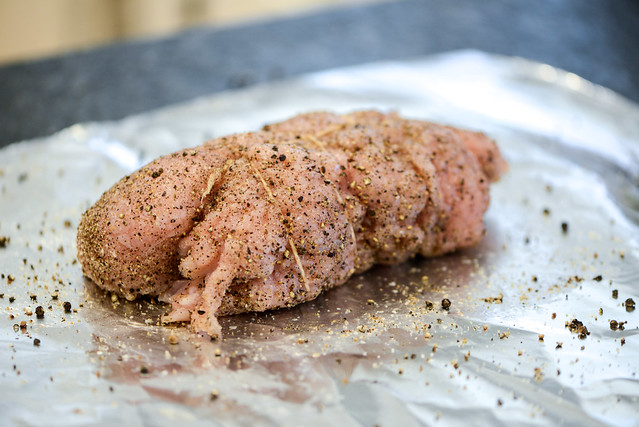 In terms of prep beyond that, it was just a matter of giving the roast a coating in a salt and pepper rub. I went a little heavier on the pepper than salt, as my taste prefers the spicy bite that it imparts, which is a signature of my favorite Texas 'cue.

Although this turkey was already essentially brined, I figured extra time in the fridge to allow the salt to do its magic couldn't hurt. Normally I would let the turkey dry brine at least eight hours to allow the salt to extract juices out that are later reabsorbed back in. This both aids in moisture retention and enhanced flavor. 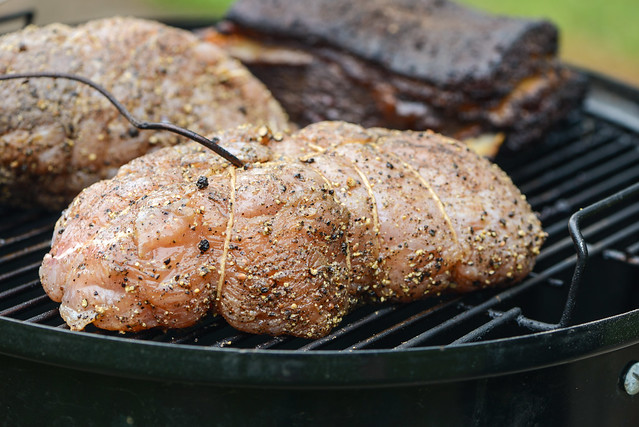 Brine is kind of a crutch though, you really just need to ensure you don't overcook the meat to achieve ideally juicy results each time. So when I moved the breast roast to the smoker, I stuck a thermometer in so I could monitor the temperature constantly. 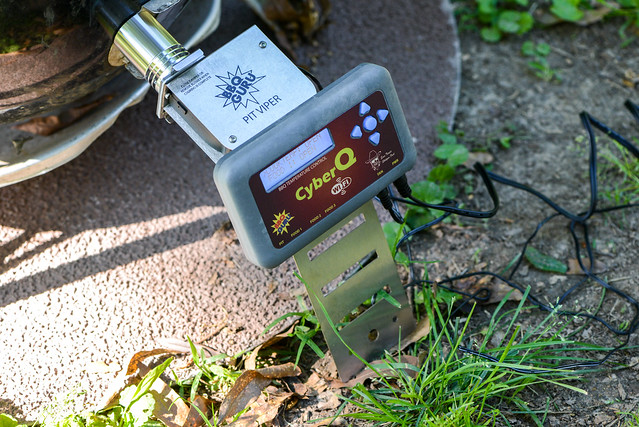 Which I did using the handy BBQ Guru CyberQ. This device not only allows me to monitor three different meat temps at once, but controls the temperature in the pit using a fan connected to the unit as well. The CyberQ also comes with a web-based control center, which allowed me to keep an eye on the temperature without the constant in and out of the house I was previously used to. 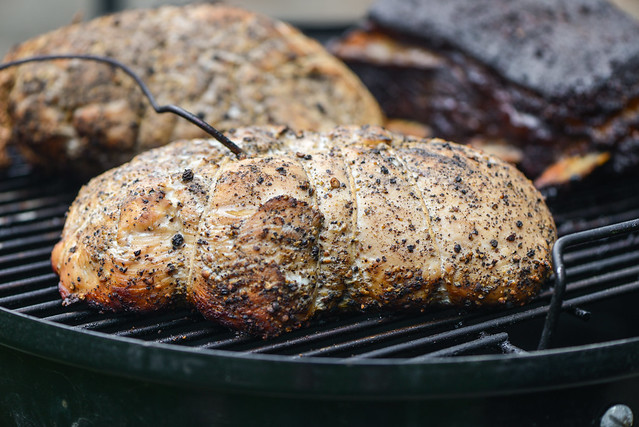 I let the turkey smoke at 225°F over charcoal with a couple chunks of pecan wood thrown on the fire. I set my desired temp to 155°F, and once it hit that in the thickest part of the meat, it came off the pit looking like this, which I admit doesn't look like much, but damn, this was a mighty fine tasting turkey. 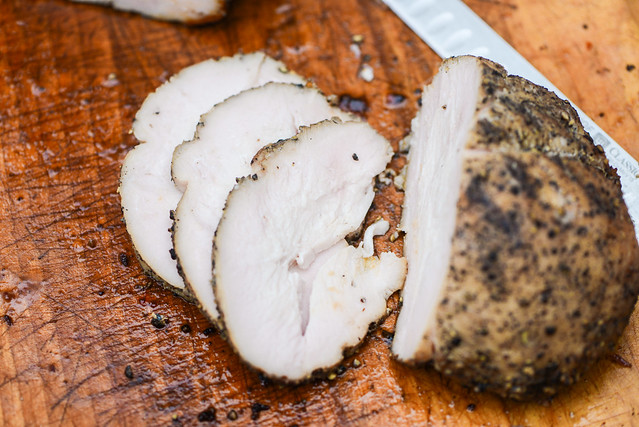 Due to the minimal seasoning, the meat came out tasting like clean, delicious turkey with a hint of smoke that made up for any lost flavor as a result of the extra solution added prior to purchase. Cooking it only to 155°F made sure it was also incredibly moist (don't worry about not hitting the FDA recommended 165°F, as long as you rest the meat before eating, there should be no added risk of food borne nastiness). Pair that juicy, lightly smoky meat with the peppery crust and it made for one of the best incarnations of turkey I've ever cooked. I'm even considering if this should become the method of choice for my holiday bird, although I don't think I'm ready to give up tradition quite yet, even though breaking with it would mean serving something tastier than usual.