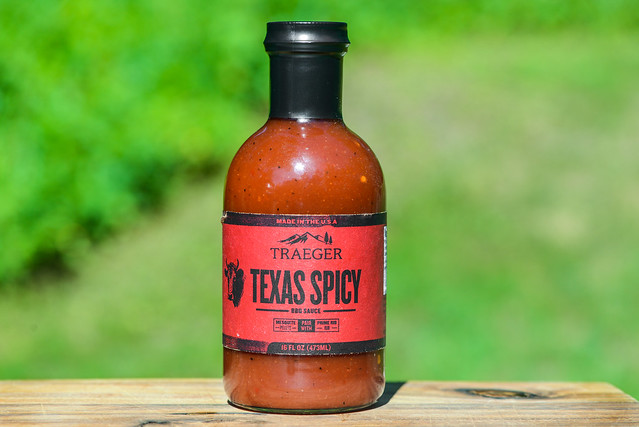 A strong acidic tomato and kick of heat makes this a bold sauce perfect for a number of beef applications and beyond. 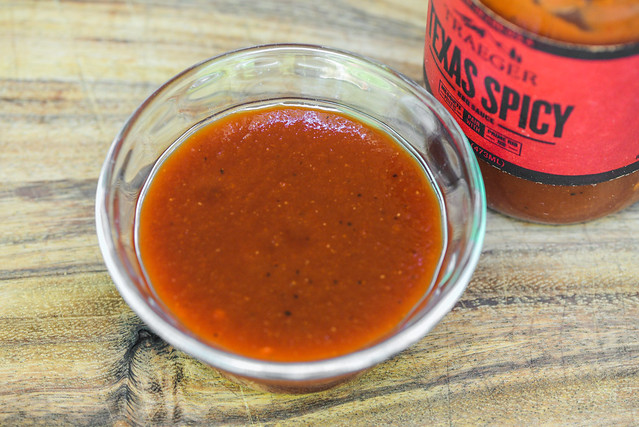 Would you believe the oil crisis of the 1970s is what gave birth to the pellet grills? Well, that's exactly how the story played out for inventor Joe Traeger, whose family was experimenting with alternative fuels for furnaces during the oil shortage, and one such item they tested out was wood pellets, which are made from compressed sawdust. That furnace fuel idea didn't totally pan out, but Joe saw another use for these slow burning pellets in grilling. Thus was born the pellet grill, with the first one built in 1985 and then patented a year later. Due to his invention and patent, the Traeger name became synonymous with this style of grill, and while the patent expired and the market now has a number of pellet grill brands, Traeger is still going strong and is undergoing an expansion under the new leadership of Jeremy Andrus. On top of their wide selection of grills, Traeger also offers a variety of sauces, rubs, and grilling accessories.

A deep acidic tomato greets your nose on the first whiff of this sauce. While the tartness is strong, there is a sweet molasses undertone keeping it from becoming too dominant. Upon a few subsequent smells, a strong savoriness and complexity comes out, which is pretty clearly thanks to Worcestershire sauce. There's also a medium oniony aroma mixed in as well.

This maroon sauce has a semi-glossy sheen and slight texture to it. It's mostly opaque, but it's still easy to see lots of spice specs, mainly in small white, black, and red bits, but there's also a few larger white pepper seeds as well. The sauce has a medium-thin thickness and falls in a quick and uneven pour off of a suspended spoon before switching to a few slow drips and ceasing, leaving a thin coating of sauce clinging to the silverware.

The initial taste of this sauce matches its aroma with a deep, acidic tomato flavor. As the sauce begins to settle on the tongue, a molasses sweetness adds a little balances only briefly, because the tart vinegar quickly comes in and makes a power play. That tanginess only builds the longer the sauce sits on the tongue, and there are tastes of garlic and onion that work their way in before all sweetness fades and the peppers take hold, adding a hearty hit of heat at the end. This leaves a mostly tingly and burning tongue with some tartness and tomato still remaining in the aftertaste. 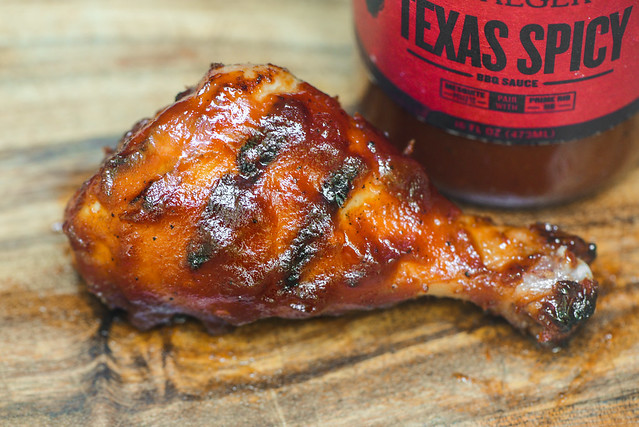 This sauce coated the chicken in a thin, even layer that never baked down completely over indirect heat. When moved directly over the fire, there was some light caramelization and a little bit of sauce loss. That initial tomato paste-like flavor became even more powerful after being cooked, and at first, I wasn't quite sure about the taste. After a few more bites though, the sweetness and heat worked their way in, creating a good balance and pleasing contrast between sweet, spicy, fruity, and tangy.

It's always a little hard to place a sauced branded as Texas, because Texas really doesn't have a singular sauce style. In the case of Traeger Texas Spicy, that Lone Star branding really means this sauce is made to pair with beef. It has a bold, acidic, and spicy flavor that can quickly overtake lighter meats like chicken or pork, but would find a perfect home as a dip for steak, topper for burgers, or condiment for a smoked beef sandwich. It definitely ventures away from the sugary side of barbecue sauce, but there's just enough sweet molasses flavor in there to create a little balance that I think it would also make a fine pork rib slater as well.