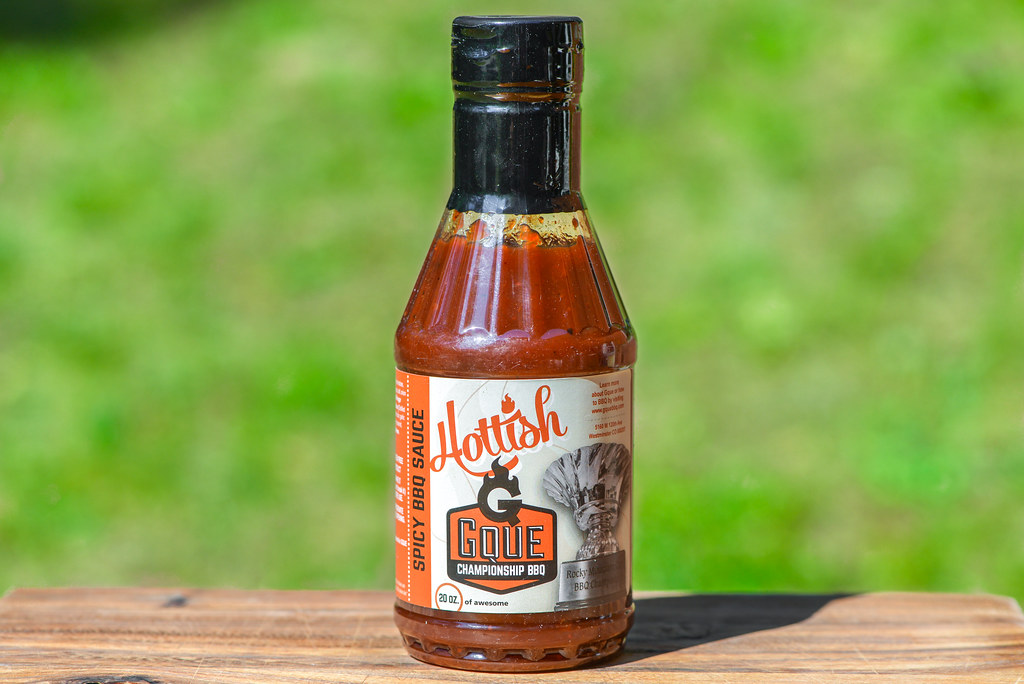 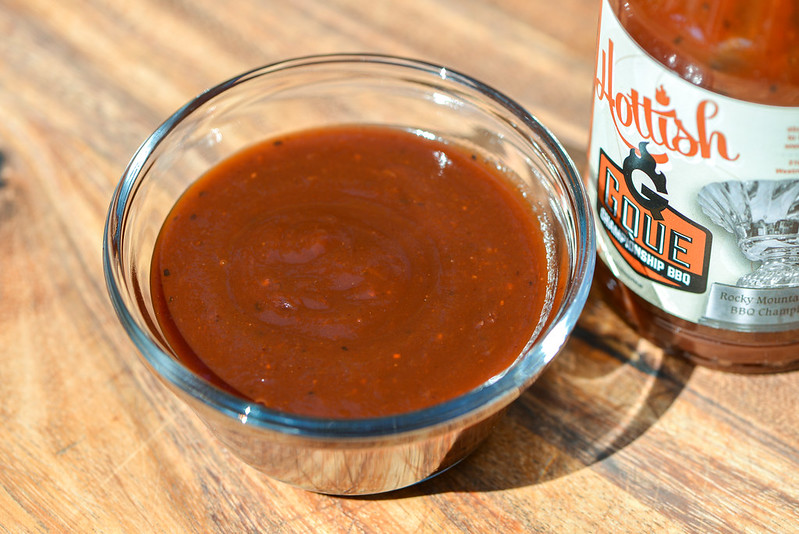 Jason Ganahl, the founder of GQue Barbeque, has a deeply ingrained love of smoked meats having grown up eating them regularly in his home state of Missouri. In 2009 he became a judge in the Kansas City Barbecue Society, and two short years later he found himself competing. Under the team name GQue, Jason went all in on the competition circuit in 2013 and 2014 and racked up an impressive number of awards. In 2015 he took his love for barbecue to the next level when he opened the GQue restaurant in Westminster, Colorado, just north of Denver. Finding success, he continued to expand and now has two additional locations, one in Lone Tree and the other in Mile High Stadium. He also sells GQue's two sauces and one rub online.

The aroma of this sauce treads a well worn barbecue path that begins with a fruity tomato smell that has an equal mixture of tang and sweetness behind it. There are heavy doses of molasses and Worcestershire, giving the sauce solid barbecue footings that are furthered by a mellow background smokiness. An earthiness combined with a little tingle in the nostrils lets you know there's some heat to be had in this sauce, but any spiciness is not super prevalent in the aroma.

This dark maroon sauce has a glossy sheen and light texture to it. While the sauce is dark and opaque, in the bright sunlight you can still see lots of spices in medium and larger specs that come in white, red, and black. The sauce's thickness sits right in the middle of the scale, and with a light syrup-like quality to the consistancy, the sauce falls in a fast, uneven pour, after an initial large drip releases. Once most of the sauce has fallen, there's two or three very slow drips before ceasing and leaving a medium coating of sauce left clinging to the silverware.

A strong sugary start doesn't take long to gain a lot of complexity as molasses, tomato, and Worcestershire come in quickly. All of those flavor persist when the vinegar adds tang and then a spice layer lends oniony, garlicky, and earthy notes. Next, the tanginess gets bumped up a notch while the peppers begin to impart heat and a pleasing smokiness is added to the background. The heat and tartness both increase as the sauce leaves the tongue, while a lingering sweet molasses flavor remains to give a full flavored, and also mouth burning, aftertaste. 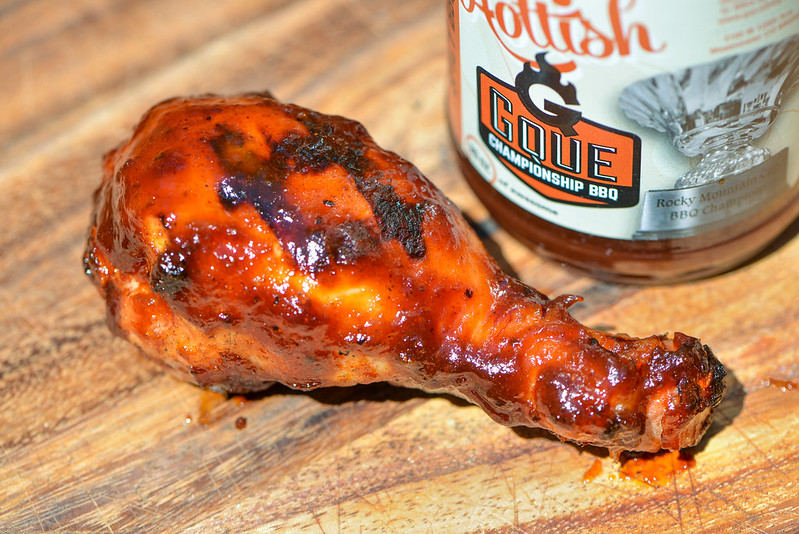 This sauce coated the chicken in a medium, slightly uneven layer that baked down well over indirect heat. Once moved directly over the coals, there was fast caramelization and only a little sauce loss. The first bites of the leg comprised of a robust sweet tomato and molasses flavor, and then a decent wave of heat mixed in after a couple more bites. By the time the piece of chicken was done, that tang and other complexities tasted out of the jar were all accounted for, creating one well rounded and balanced piece of barbecue chicken.

While I've taken these quarantine times in stride and put my extra time around the house to good use in redeveloping this site and cooking more recipes, cancelling my many travel plans has been a little tough. One vacation that had to be put on hold was a trip to Colorado for a stint in Denver followed by visits to a couple National Parks, and I had hoped to try out GQue while I was in town. Since it was already on my radar, I decided to pick up one of their sauces to try out at home, and it just solidified my desire to go to the restaurant when I finally have the chance to. While the sauce treaded familiar territory, it was notable that you could taste every layer in there both on and off the grill, and the balance struck between sweet and heat was perfect for my taste buds. The sauce outputted a robustly flavored piece of chicken, and one could argue the sauce overpowered the meat a bit, but with a sauce that tasted this good, that is hardly a complaint. It might find even better pairings with heartier items like burgers, brisket, ribs, and pulled pork, where both the taste of the meat and sauce might be in better harmony, unleashing the full potential that lays within this bottle. 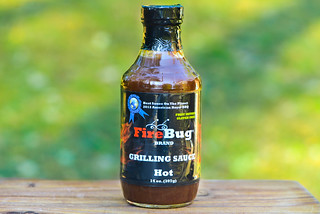