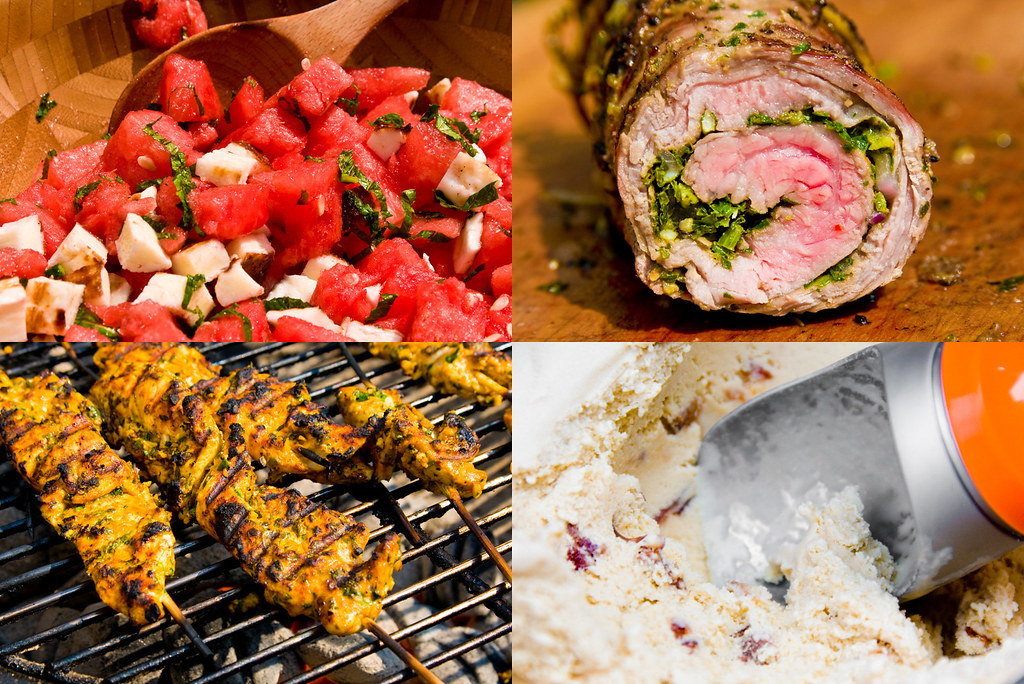 As I've mentioned before, Meatwave themes are rarely followed through. Take Carne-val for example, this yearly Meatwave should have some Brazilian influence, but the past has proven it's only been an excuse to cook up more meat than we'd ever need, and nothing more. I made a decision that after failing to hold-up the roots of Carne-val for so long, it was time to channel some South American energy and come up with something truly fitting for the occasion. 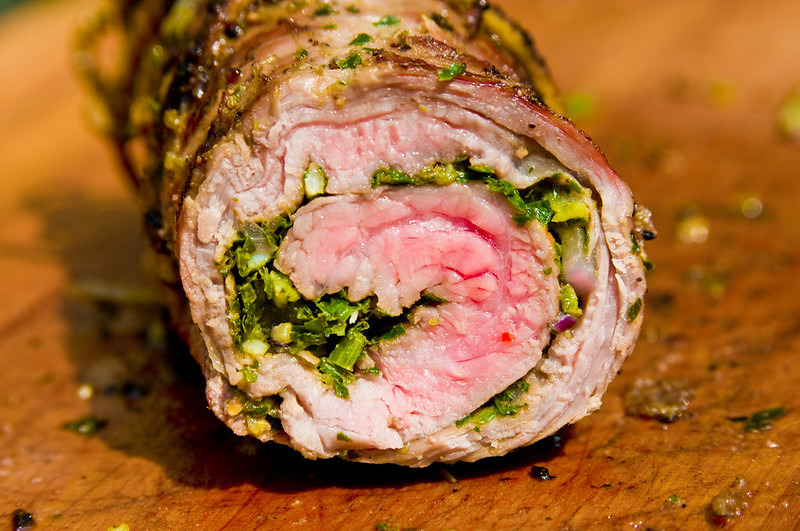 I didn't quite hit the mark of Brazil, but came close with Argentina. I love myself a grilled steak topped with chimichurri. The simple mixture of parsley, garlic, onion, vinegar, and oil adds a freshness that makes meat come alive. Being in an inventive mood this weekend, I thought..."What if the sauce was on the inside of the meat, instead of the outside?" So I butterflied a slab of flank steak, spread chimichurri all over it, rolled and tied it up, then grilled it to medium. The end result was a delicious steak that retained the freshness of the chimichurri, but with an even deeper flavor. 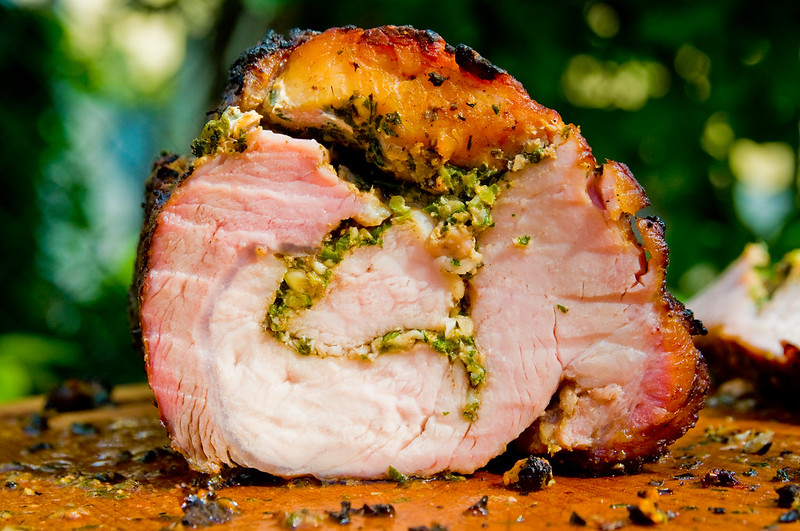 I picked up a pork loin to accompany the beef, and being on a meat roll-up kick, stuffed this one with a Jamaican Jerk paste. In the past I've had problems with my jerk sauce dying out and losing its flavor over the high heat, and stuffing the sauce inside the meat solved this conundrum. The mild tasting pork loin was the perfect vehicle to bring out the complexity of flavors in the sauce, which came through in ever bite. Now I just have to figure out how to stuff jerk sauce inside a chicken leg. 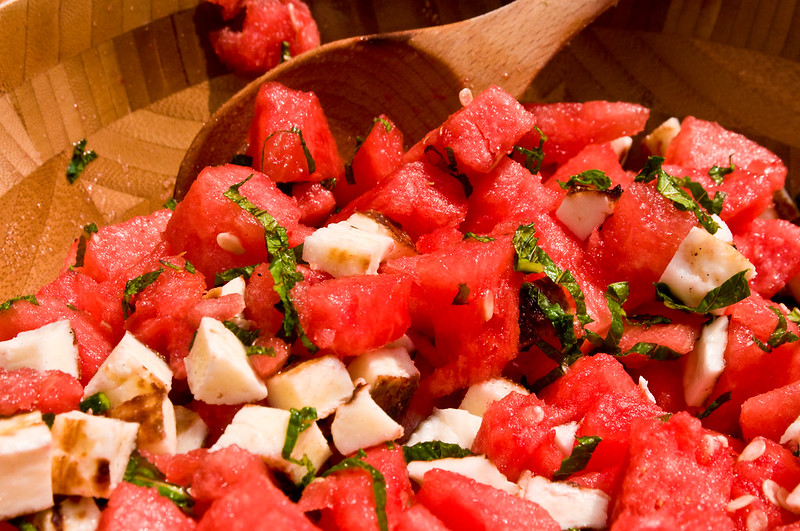 Still on my quest to give sides their proper attention, I found a way to combine grilling and watermelon to make an excellent salad. I started by grilling up some halloumi cheese (only the best grilling cheese on the planet) and then tossed that in with some seedless watermelon, mint, and fresh black pepper. This produced a sweet and salty side that had the feel of summer all over it. 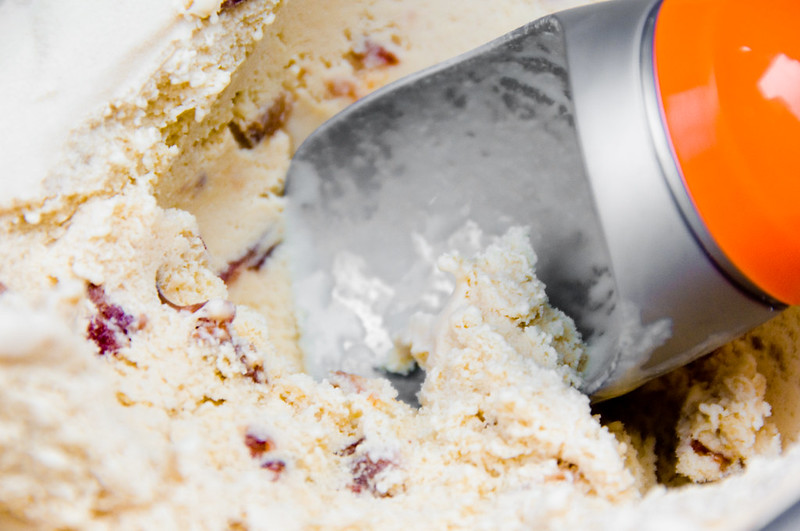 The show stopper at Carne-val was definitely the bacon ice cream. Long had we joked about this creation, and I don't think any of us thought it would ever really become a truth. But the truth was upon us, and what glory it held. There will be a lot more about the ice cream soon, but for now I'll let you wrap you brain around this, "Best ice cream I've ever made!" 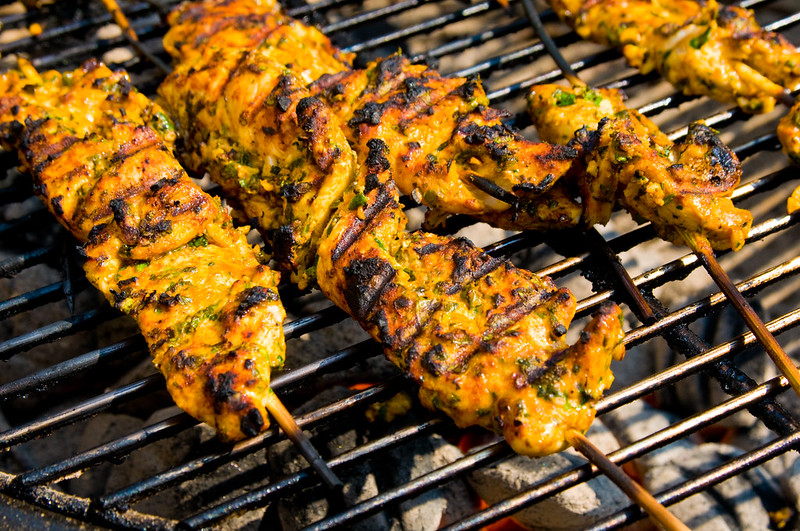 Peter was back into his meaty self, bringing chicken sticks to the delight of all. With a cilantro based rub, these were a perfect fit between the beef and pork, representing some of his finest work to date. I can only imagine what delectable meat treats he has in the works for next time. 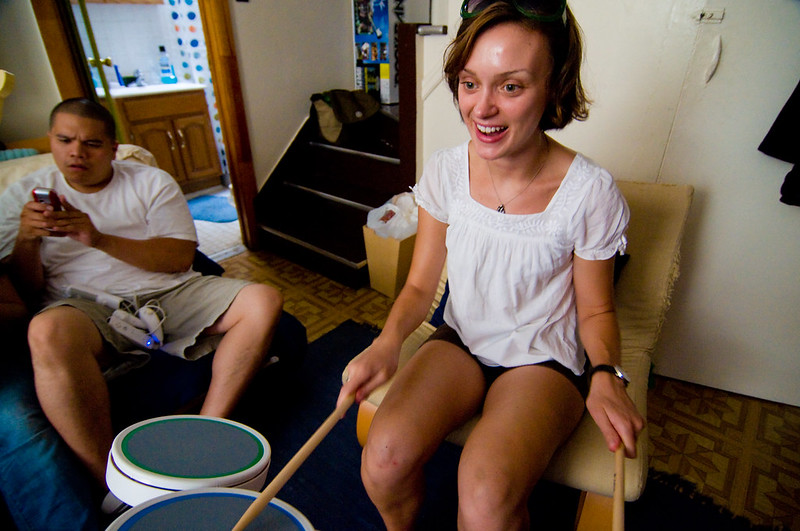 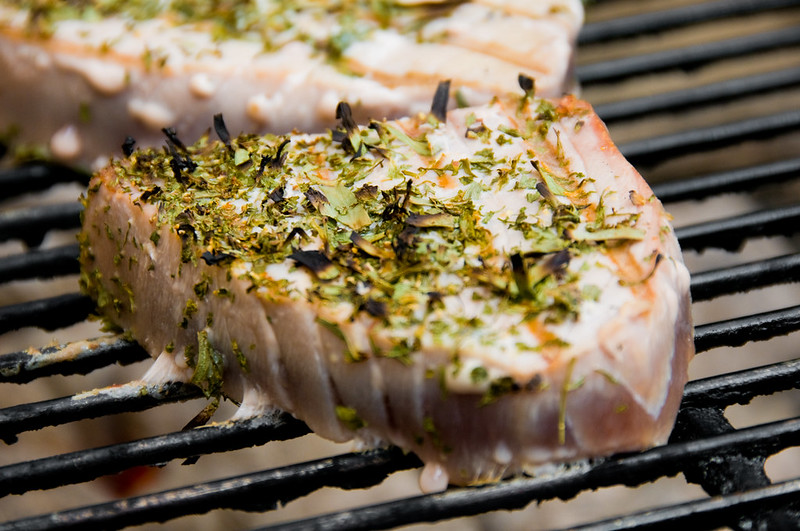 Carne-val marked the return of the good doctor to the Meatwave. Always thinking of the grill, she brought along a few tuna steaks with a herb mixture to top them off. Although I'm easing my way into being a seafood eater, I did not try the fish this time, but rumor has it that they were great. Luckily, Suzun was able to coax Alison and Lara out of the magical Beer Garden and to the Meatwave, which I assume they didn't regret after the loads of bacon ice cream following by a raging duet of Bohemian Rhapsody. 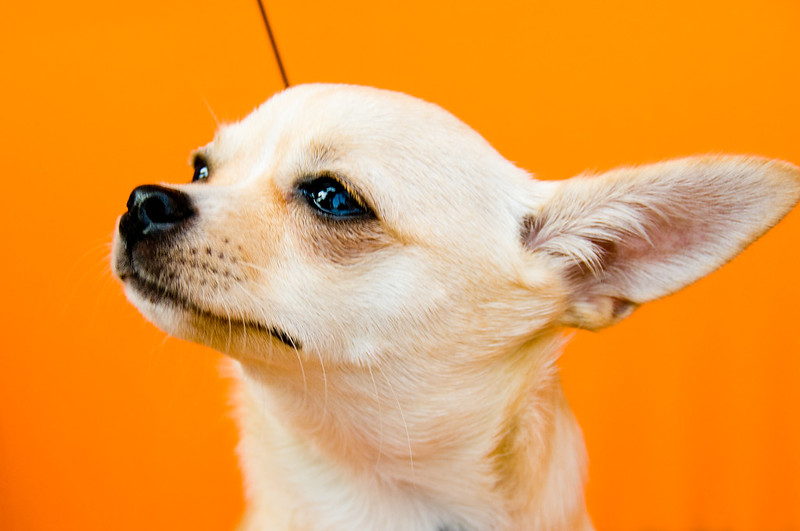 A first for the Meatwave, an animal visitor! Lauren was in town visiting Marissa and Kaitlin, and luckily she brought her little chiuaua, Derby. A hit with the Meatwavers, but a threat to my kitty Kate (note: Kate is bigger Derby), Derby lit up the festivities. As usual, the celebration came to an end with more than a few meat comas. We've only hit the tip of iceberg on the road to a more authentic Carne-val, so watch this space around this time next year, as you're almost certain to see us all wielding Brazilian swords or grilled meat!