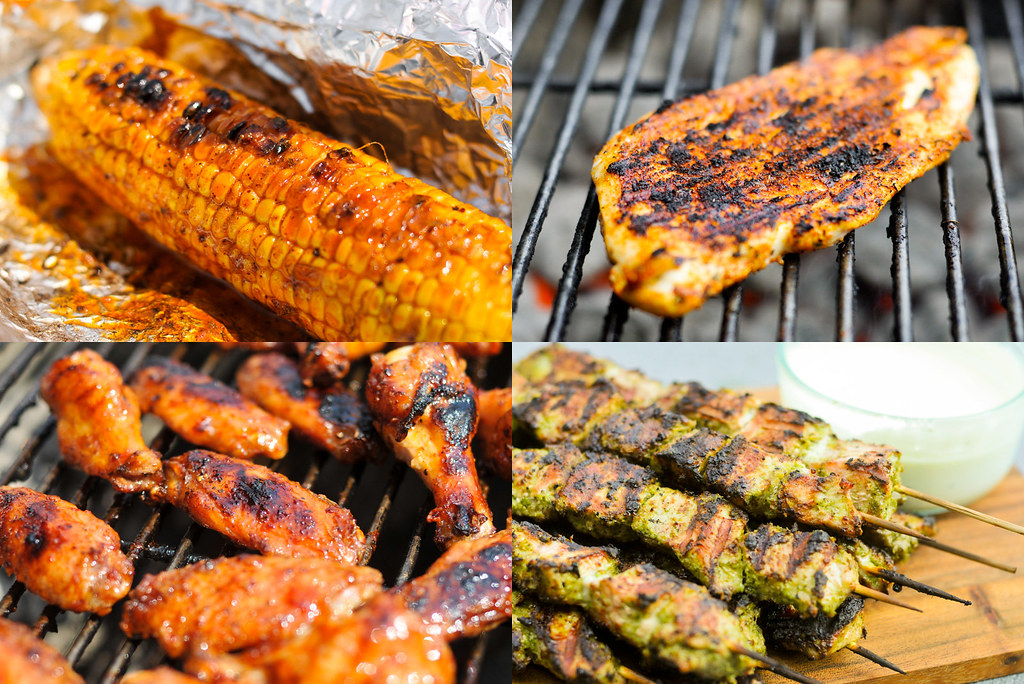 BOOM! That's the sound of the Meatomic Bomb dropping, and the resulting shockwaves of meat hit us all hard this past Sunday. Fiery foods ripped through the neighborhood all day long, while the Meatwavers attempted to counteract all the destruction being imparted with the introduction of sweets. It was to little avail though, as we're all still suffering from the immense fallout left behind. 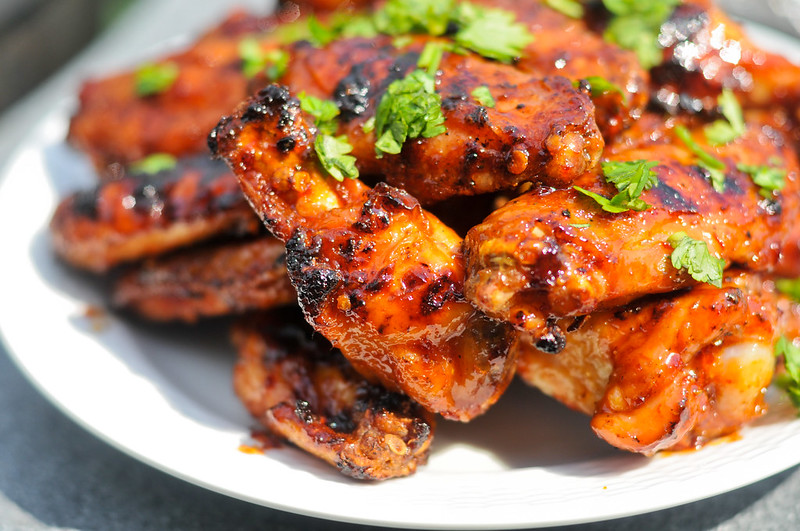 To get things started off, I brought some sweet with the heat with these honey-chipotle glazed wings. Ever since finally perfecting grilled wings earlier this season, I've been all about them all the time. This time I added some ancho powder into the pre-seasoning, and then brushed on a chipotle, honey, and soy sauce glaze mixture right before the wings were ready to come off the grill. The results got the day started off right, with an upfront sticky sweetness giving way to the spiciness of the chipotles. 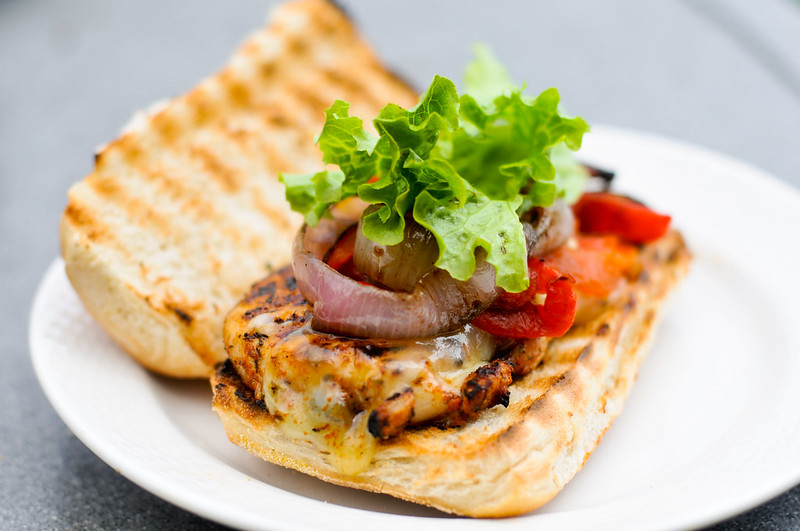 We took the heat to the next level with some spicy blackened chicken sandwiches. Brined chicken breasts were coated with a blackening seasoning and then grilled until, well, blackened. Topped with pepper jack cheese, grilled onions, roasted red peppers, lettuce, and Sriracha mayo, these sandwiches only added fire to the flames. 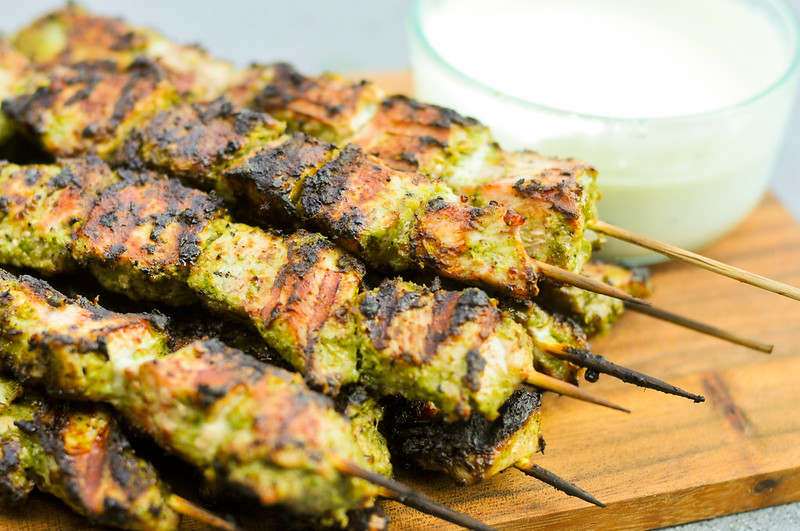 Last up for the meats were jerk pork skewers. Habaneros provided some fruity spice to an incredibly tasty jerk paste. The pork really took on all the excellent flavors after a night in the fridge, then held up great over the coals. Nice and spicy, these were served with a lime sour cream dip for those needing relief from the heat. 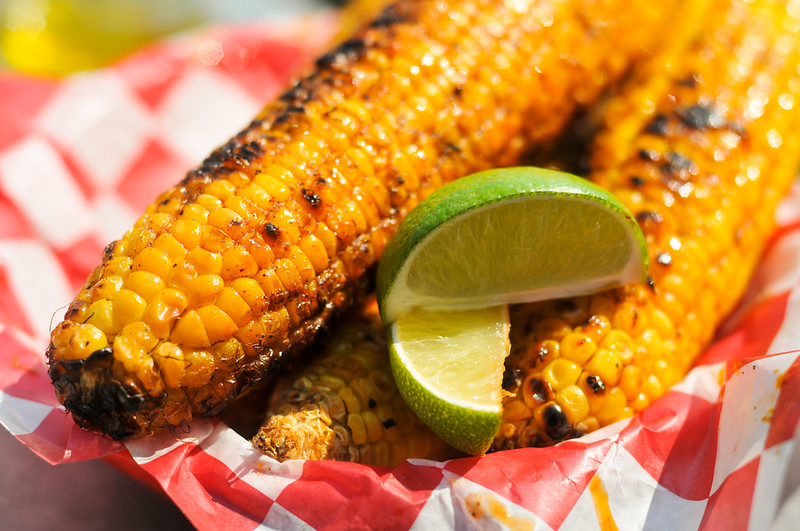 The Meatomic bomb didn't set its sights on meats alone, the blast even ripped through our veggies. Although seemingly sweet, after slathered with a chili-lime butter, this corn was ready explode. The combo of chili, lime, and corn was a winning one, making already delicious ears all the more so. 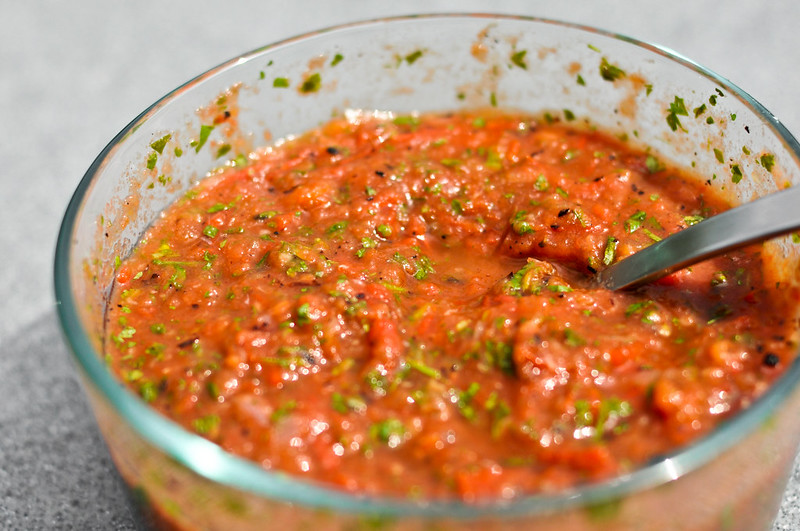 With some leftover habaneros, I thought it would be best to further torture our taste buds with roasted habanero salsa. Just about everything in this salsa got the grilling treatment from the peppers to the onions to the tomatoes. I love spicy, and I loved grilled, so this salsa was right up my ally. The flavor was deep and robust, and the heat was definitely up there, but not so much it couldn't be enjoyed chip after chip. 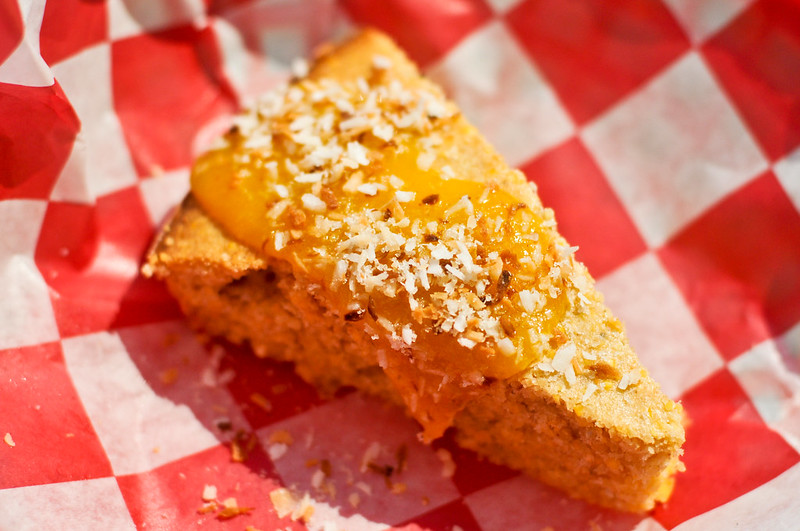 One point of relief through the relentless waves of meat heat was this fantastic cornbread baked by Mary. The beautifully textured bread was topped with a mango sauce and toasted coconut, creating the only sweetness to balance out the effects the Meatomic bomb was having on us all. 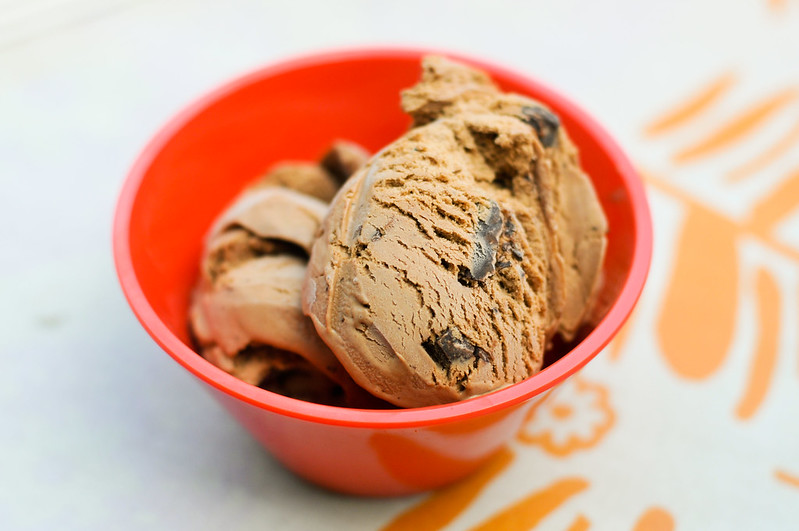 Don't lets looks fool you, this ice cream was also made to deliver one last attack of heat. A regular chocolate base was mixed with ancho chilies, chilies de arbol, and dark chocolate chunks. After a nice sweetness, you were left with a little burn in the back of the throat, which made you want another spoonful of quick relief—a very vicious, and delicious, cycle. 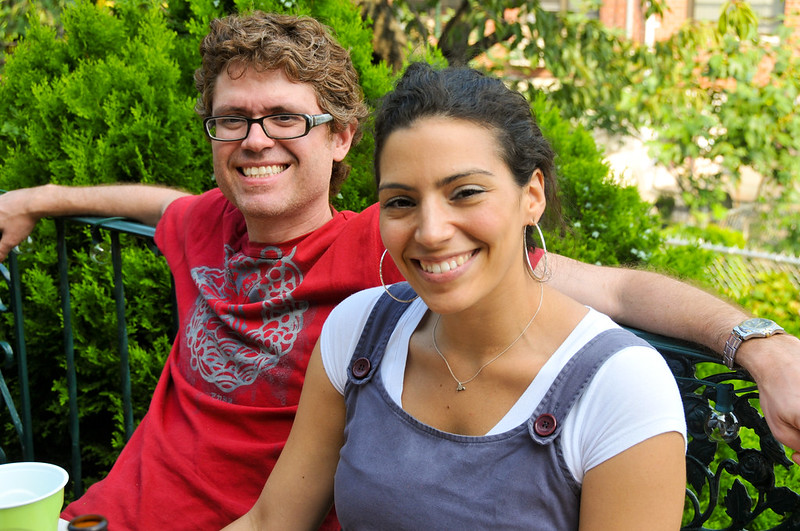 We had a great group of souls together this weekend who braved this Meatomic bomb. Included in this were two brand new Meatwavers, Mary and Ita. Mary was responsible for the cornbread above, which was so excellent that we need to keep her coming back and cooking for us. 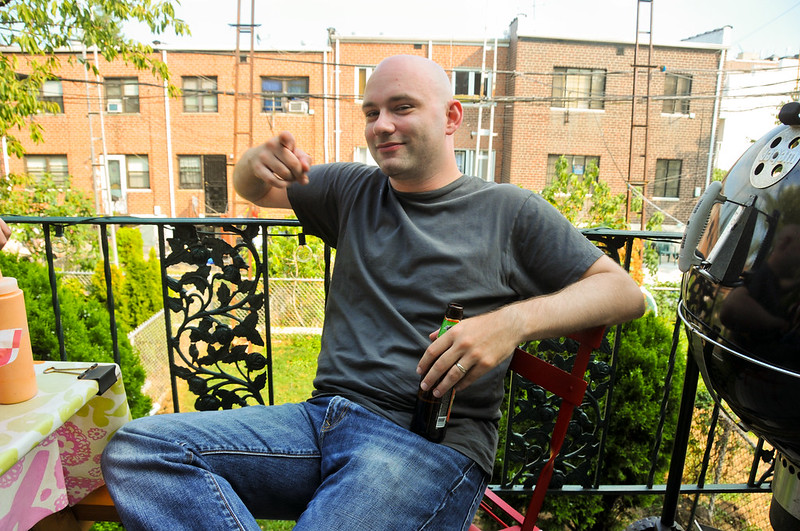 Making his first appearance this year was my good pal Josh. He recently left me at my day job, making my daily lunch outings quite boring, but has temporarily redeemed himself by showing up at the Meatwave with a cold pack of summer ale that provided a very refreshing cool down. 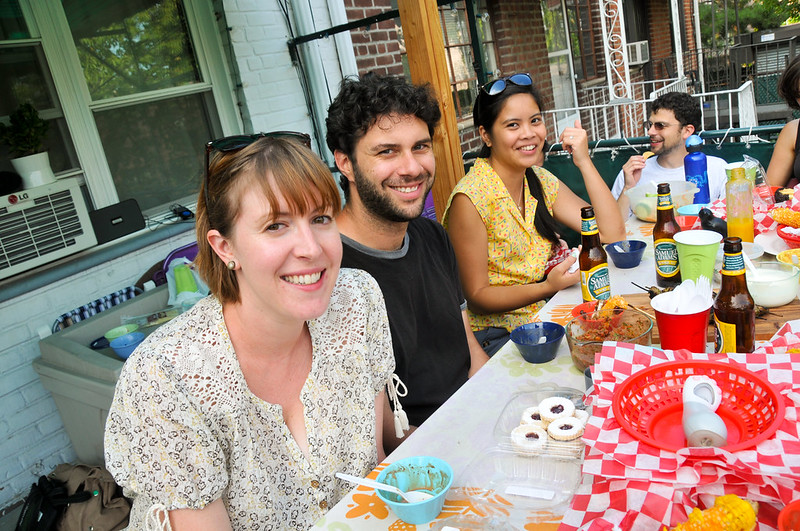 Suzanne and Jon also made their first official trip to the Meatwave this year, after having come to the unofficial Meato de Mayo a while back. They came in tow with the most popular items at the end of the day, sweet Italian cookies. After a long day of nothing but heat, some super sweet and buttery cookies seemed to be exactly what everyone wanted.