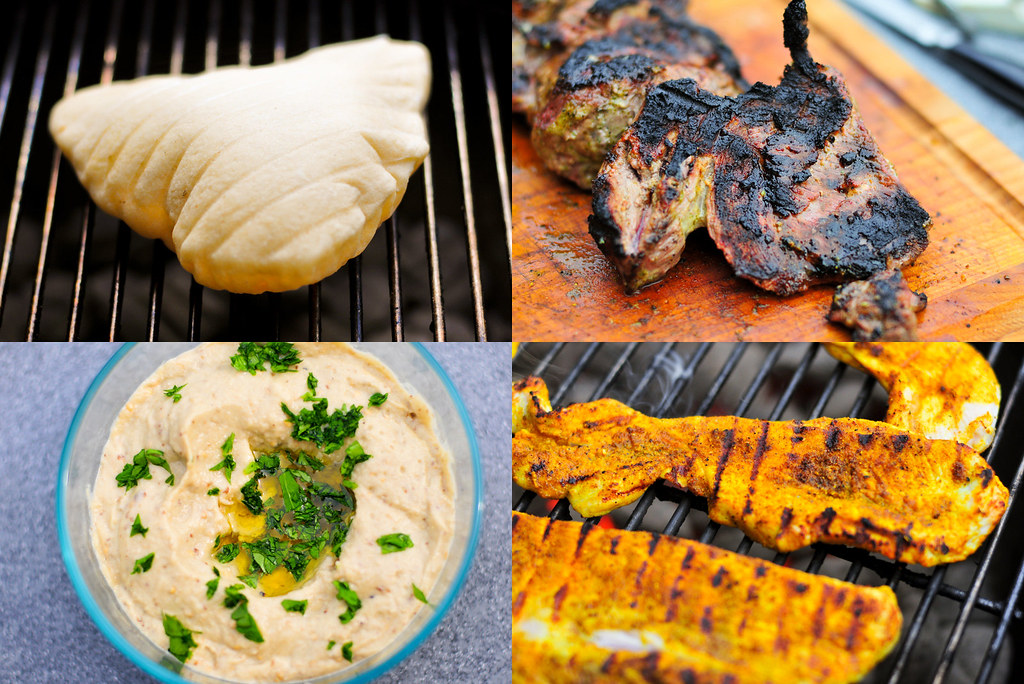 I'm getting a lot of "When does the Meatwave start?" these days. Coming back to the site to get the 2010 schedule in order, I realized that I never finished my documentation of the last season's Meatwave. Shameful, I know. So without further ado, here's what went down on the Day of Atonemeat way back on Sept 26, 2009. 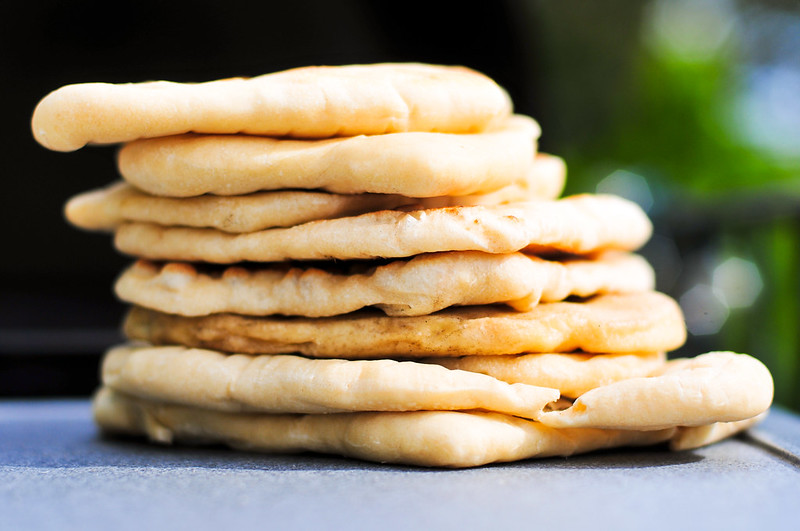 My greatest achievement of the day, and maybe the entire Meatwave season, were these pocket pitas. Saying yeast and myself don't get along is an understatement, we're super crazy arch-enemies that wish the other would fall off the face of the earth. I keep killing these gassy micro-organisms, and with that, they keep killing my hopes to ever conquer bread. That was all until I discovered the glories of instant yeast during the summer, getting me into the bread game.

After some trial and error, I found the perfect amount of moisture to get these yeasty beauties to puff up on the grill, creating a pocket for which glorious meat can be stuffed into. 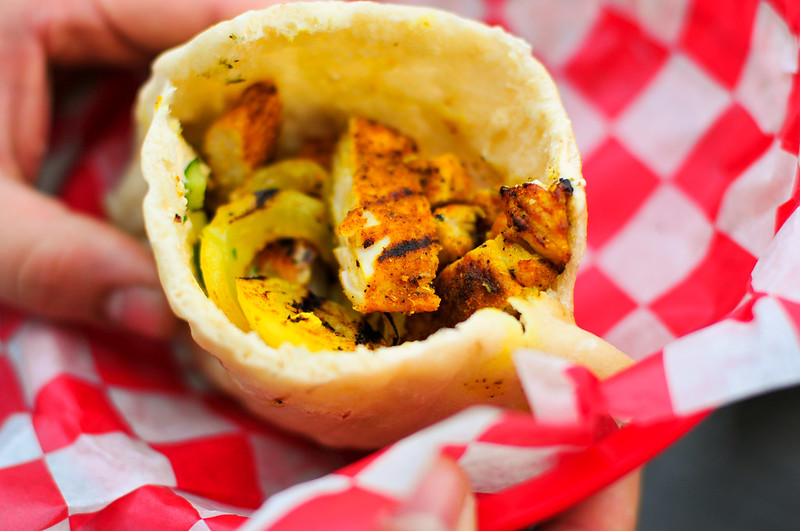 And what meat would that be? Shawarma, of course! My most beloved memories of half a year spent in Israel is of shawarma, and there's always a hole in my life without it. Without a vertical rotisserie, I had to improvise to make this turkey shawarma. Turkey breasts with sliced into thin strips, marinated in a Middle Eastern spice mix, and grilled until a little crunchy on the outside, but not dried out on the inside. Not quite the shawarma of memory, this was still god damn delicious. 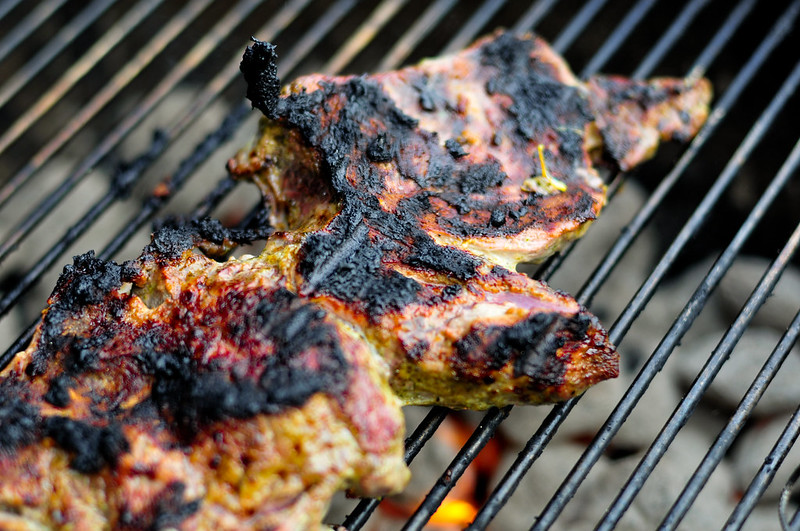 I'm not known as a one-meat type of guy, so on top of the turkey shawarma, I also cooked a leg of lamb. Marinated in some homemade tahini, lemon, and mint, it fit right into the Middle Eastern vibe going on, but was a nice contrast in flavor from the turkey. 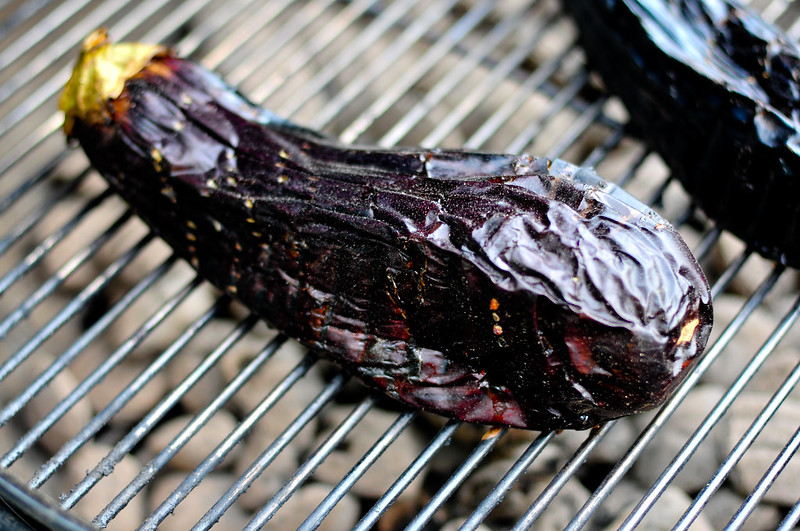 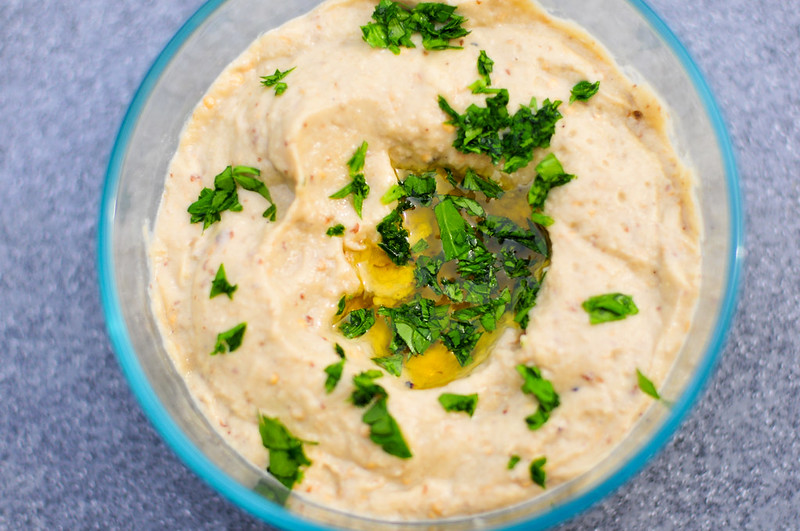 With the homemade tahini also came my mastery of baba ghanoush. After my last, only semi-successful attempt at this dip, I almost swore off making it altogether. I'd have been happy to leave it to the few professionals who make this smokey eggplant concoction perfectly, but after making a batch of tahini and realizing how good it was, I wanted to find more uses for it, so I turned to baba ghanoush. I'm sure glad I did because this turned out to be everything I love about the dip without any of the bitter or off flavors I've experienced making it in the past. From here on out, I will no longer fear the baba. 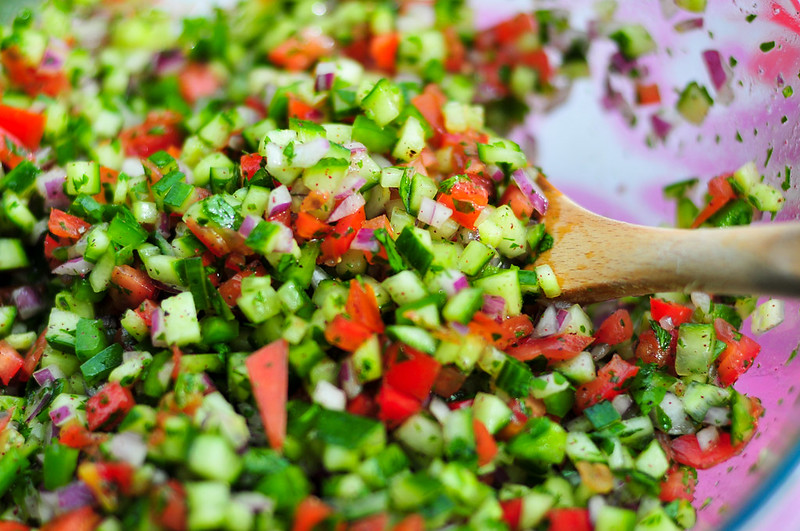 I couldn't have a Middle Eastern day without some Israeli salad. I made the biggest bowl I'd ever seen of the cucumber-heavy mixture, and was fretting that I had put so many good veggies to waste—surely no one could eat this much. I was dead wrong, the salad was a hit and was gone by the end of the day. 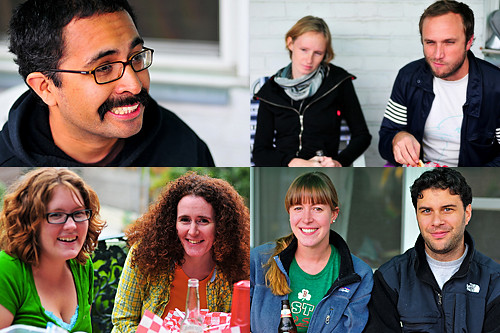 New faces abounded at the Meatwave that weekend. Jon, Craig, Brandon...I believe it was all their first Meatwaves. Hurray to the expanding gospel of the meat! I don't think they could have picked a better day to join, as this was one tasty meal we put together. 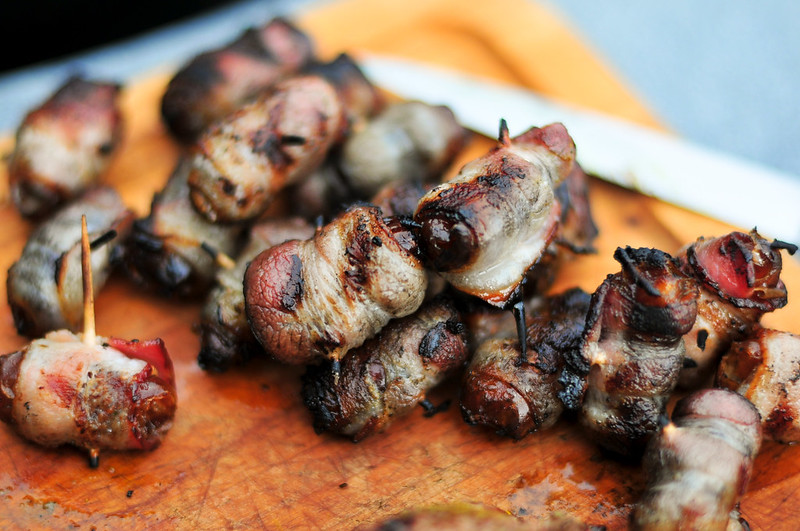 The always prolific cooker Tea showed us with bacon-wrapped dates. Put on the grill, these crisped up the bacon for a succulent treat. The crunchy, salty, and meaty outside gave way to the sweet and soft innards that made these little poppers an explosion of flavors and texture in one small bite. 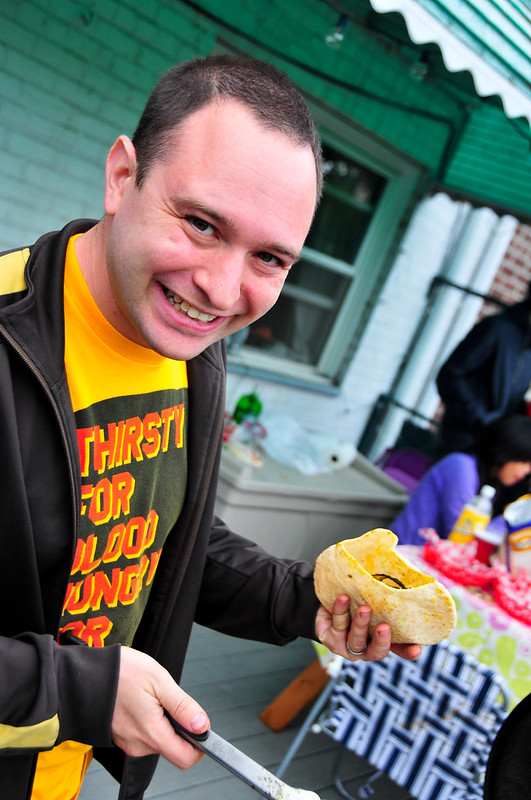 I'll leave you with something you don't see too often on this here blog, me! At the grill, big smile...as if it could be any other way. Thinking back to that day so long ago, the memories bring another big smile to my face, along with the anticipation for May 16, when we kick off the new Meatwave season.