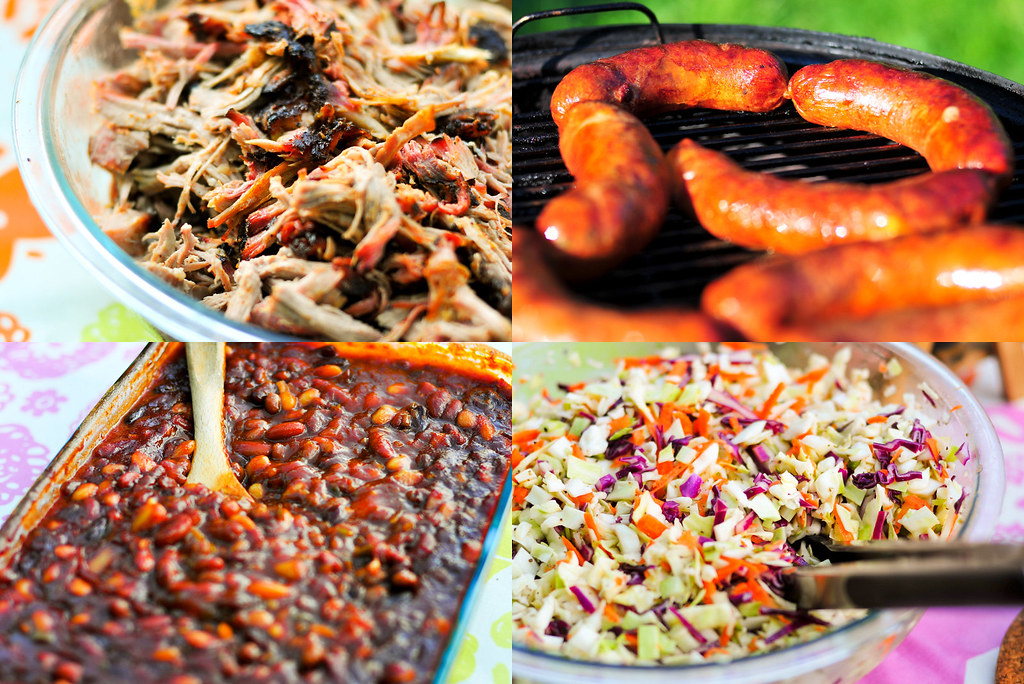 I had the great pleasure of attending the The Best in the West: Nugget Rib Cook-off in Sparks, Nevada, where I spent Labor Day weekend eating my way through one rib after another, along with other excellent barbecue treats. The weekend in the sun and smoke left me with more than an urge to fire up my smoker churn out some excellent 'cue. That's just what I did for Meat-o-Matic, where pulled pork and smoked sausages were accompanied by a great spread of sides. 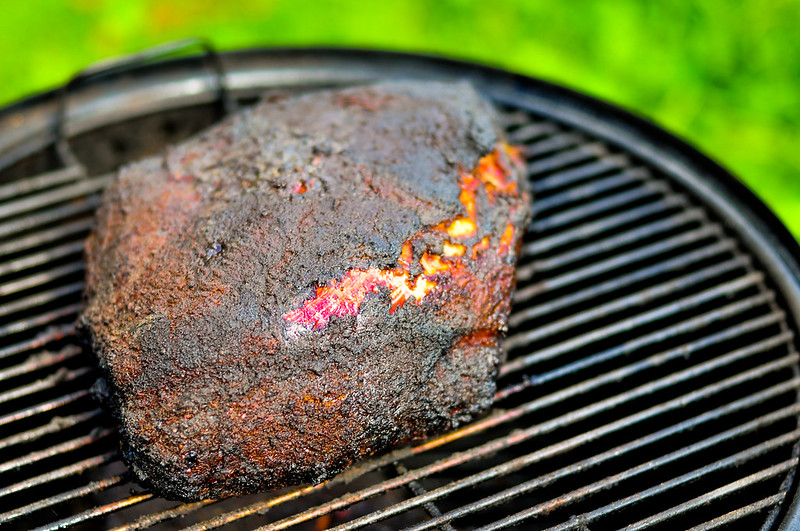 With a nosy neighbor and some problems with me previous apartment, I made a decision to halt my overnight smoking activities until all annoyances were resolved. They never did get resolved, so I packed up and moved the meat along to a new-and-improved location, but let almost the entire summer go by without getting back into the pulled pork business. Luckily I finally rectified that situation with 2 beautiful pork butts, smoked for 16 hours, then pulled and piled high on rolls with a choice of NC vinegar or a sweet tomato-based sauce. 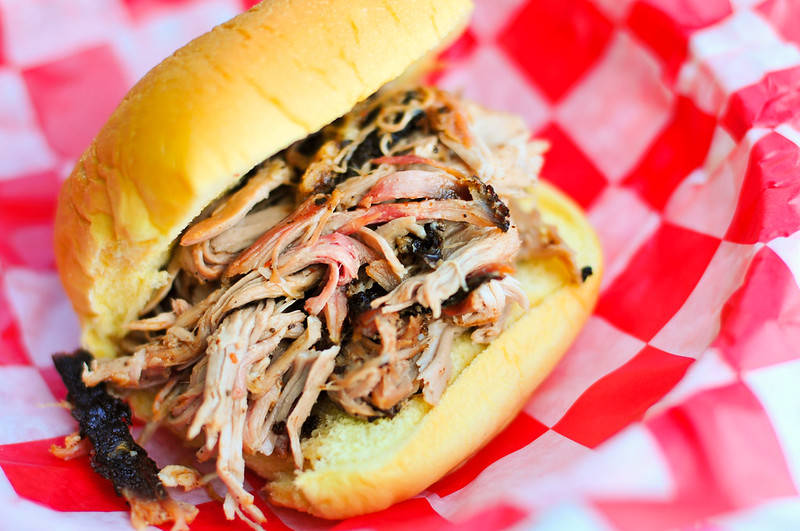 Words can't describe how delicious this was. All I can say is that I'm so glad this pork is back in my life, and with a few bags of it still in the freezer, I can look forward to continued enjoyment for a while longer. 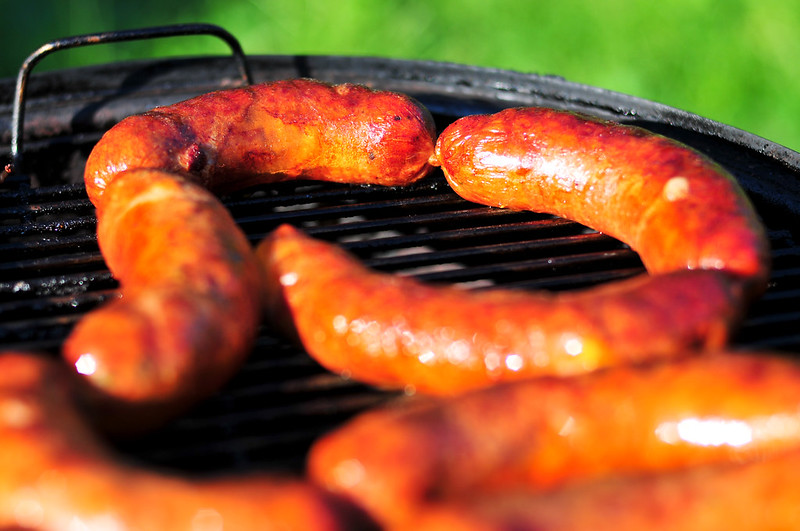 While shopping for the weekend's ingredients I found a treasure trove of pork fat back and couldn't resist buying a bunch to churn together with some pork butt to make sausage. I decided to make a TX favorite treat of mine, cheddar-jalapeño smoked pork sausages. Getting better, but not yet perfecting sausage making, these smoked links had a nice juiciness and great flavor. Oozes of cheddar balanced out the spicy jalapeños, and although the texture wasn't 100%, there were no complaints from the happy eaters. 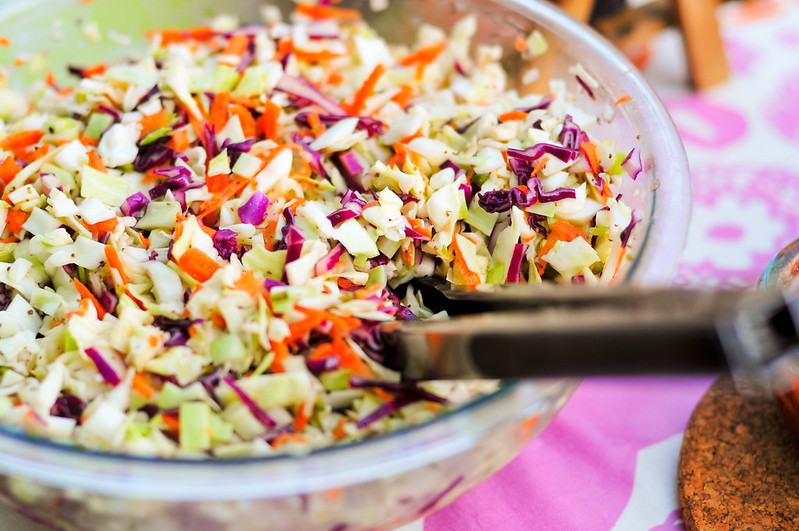 Pulled pork calls for coleslaw, no if, ands, or butts about it. Now I wasn't not much of a slaw lover until I discovered life beyond that mayo soaked mess I was always served. This slaw was dressed with vinegar and sugar mixture, making a tangy and sweet slaw that tastes fresh and crisp and doesn't sit in your stomach like a pile of bricks. The slaw was the perfect topping for the pulled pork, giving a vinegary crunch that pared so well with smokey pork, making the sandwiches complete. 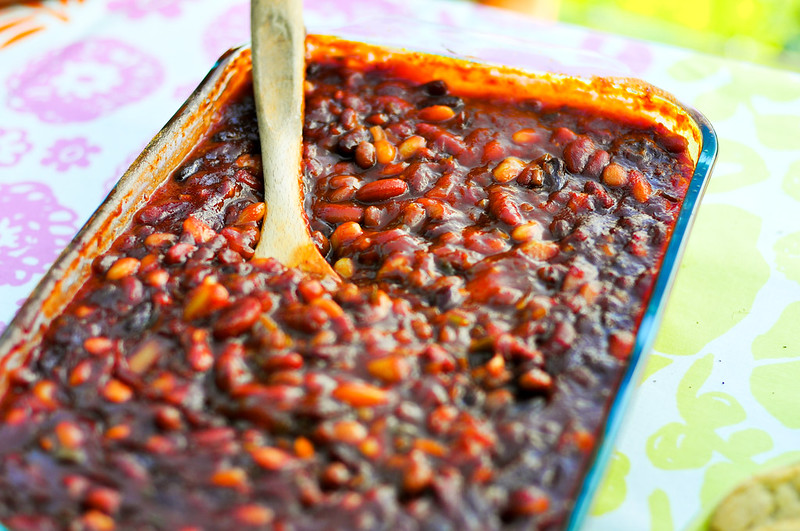 I can't have a classic barbecue spread without some beans. I took the quick, but tasty route by making a batch of Tangy Pit Beans. Five different varieties of canned beans are mixed together with a barbecue sauce and baked. It's amazing such a short preparation yields such fantastic results, with the multi-textured beans bursting with flavor in every spoonful. 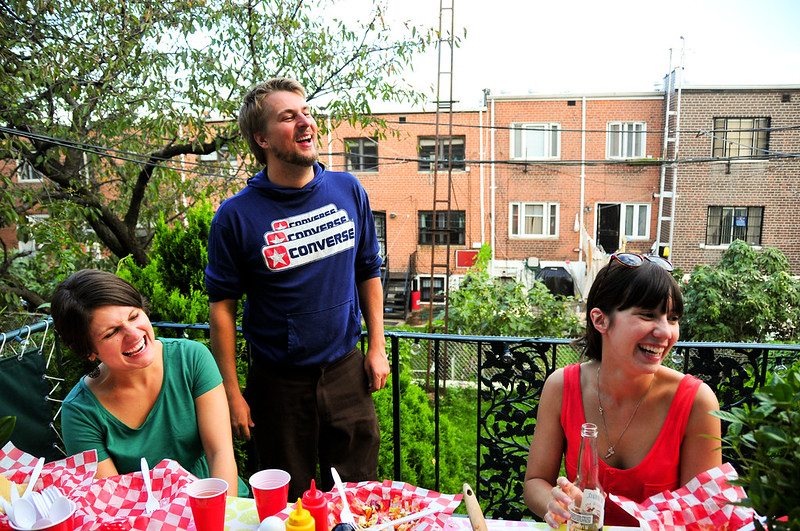 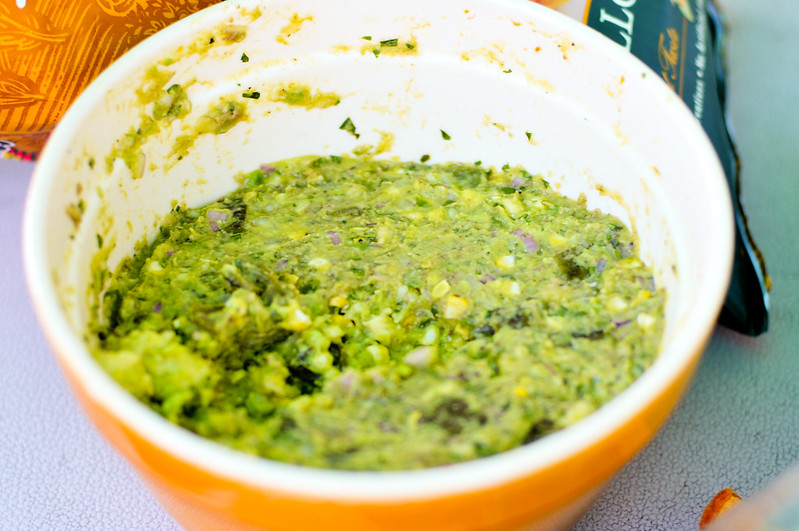 Nick and Sarah must have smelled the smoke in the air from their apartment and followed their noses to their first Meatwave ever. Being great Meatwavers, the brought along a giant bowl of guacamole for us all to enjoy. One taste of meat and I think I've now hooked them for life. 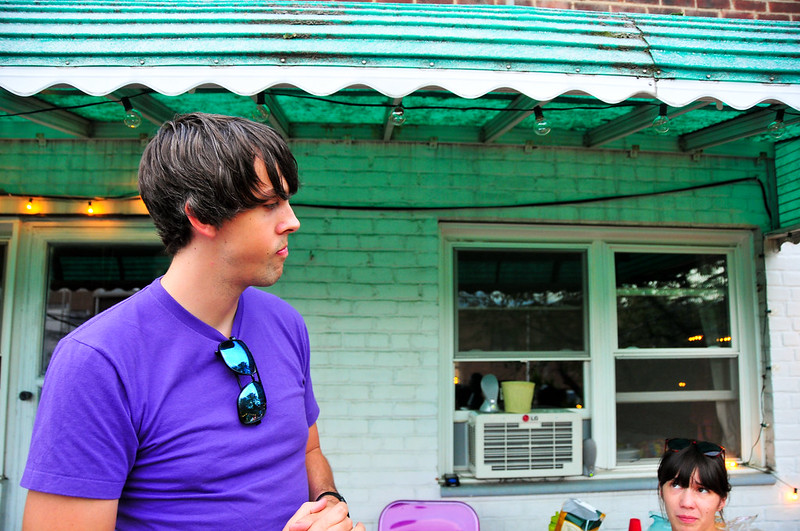 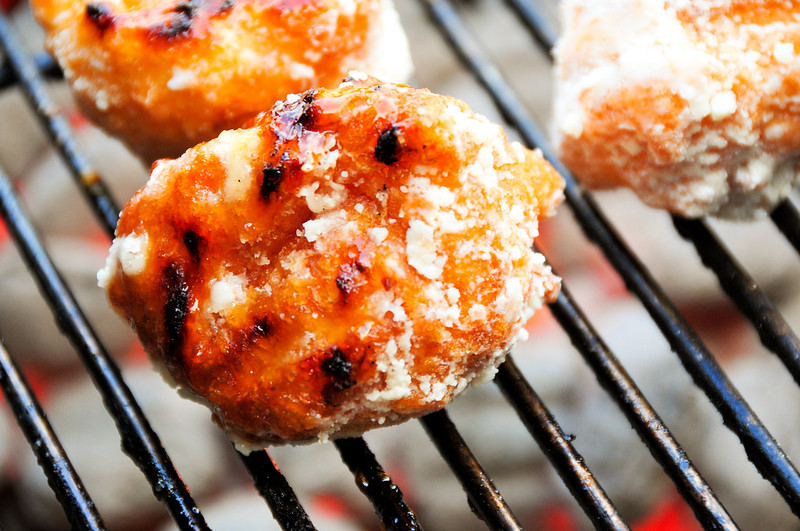 I wasn't the only one to relocate this summer, Marissa and Joe also found new digs in the city. That was just steps from San Gennaro, and the sugar-loving Marissa couldn't help but bring a big ole bag of zeppoles from the festival. During the day, they had become cold, so we took the fried balls of sugar dough to the grill, where they came back to life and formed a crunchy crust that everyone was digging. 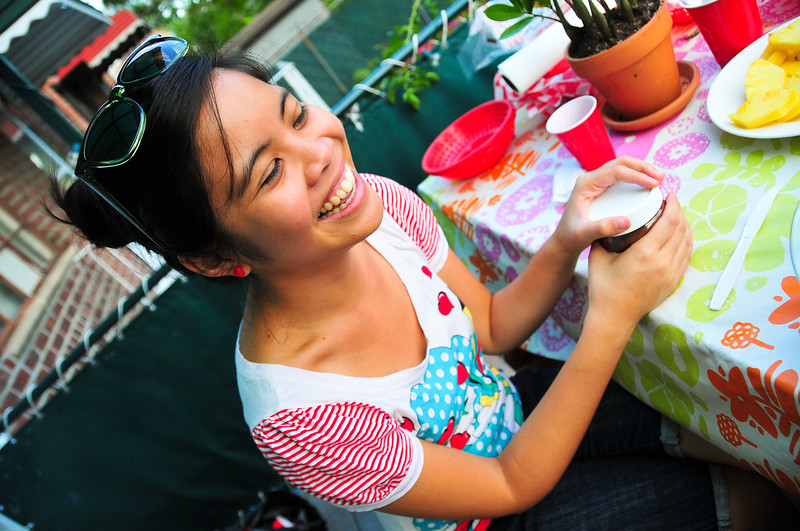 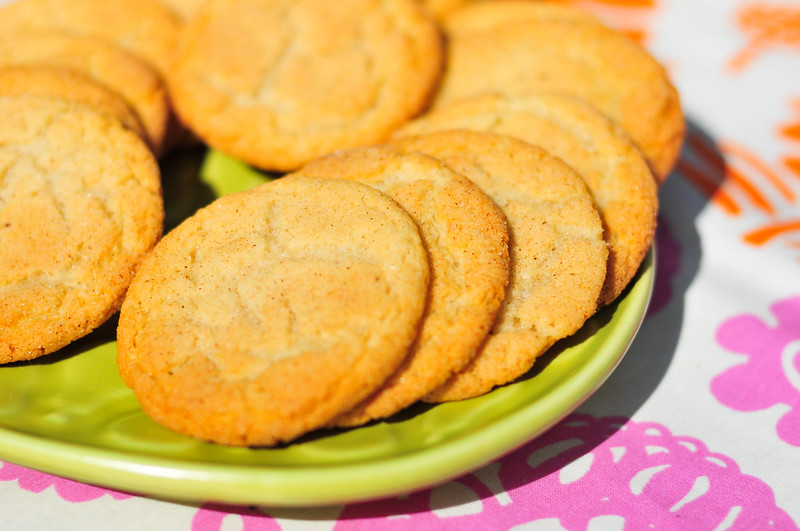 Kris had a hankering for some cookies the day before, and baked the most perfect snickerdoodles into the night. Even though we both gorged ourselves on the fresh-from-the-oven cookies, she made so many that, despite our best efforts to selfishly keep them to ourselves, there were more than enough remaining for all Meatwavers to get their own taste. 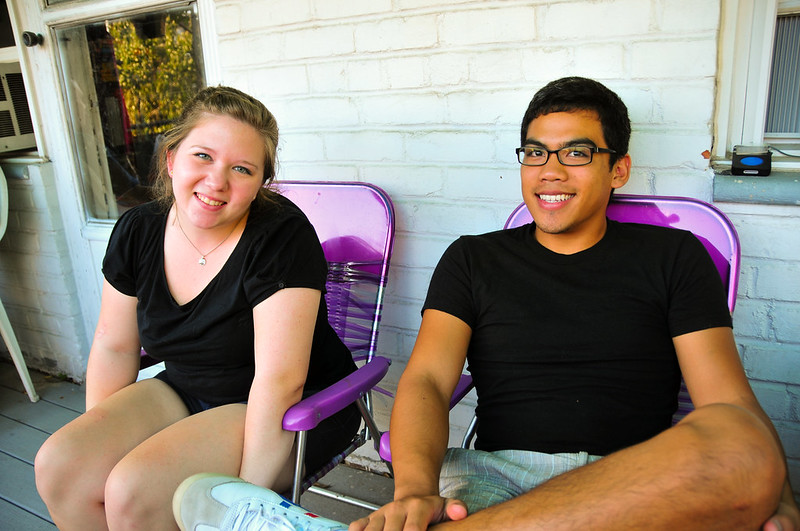 Also give a big hello to Mark and Courtney, another set of new Meatwavers relocating from Tejas. Courtney brought a family recipe for strawberries with a marshmallow fluff and cream cheese mix, basically Marissa's crack. Welcomed faces and barbecue loves, we're sure to be seeing them around a lot from now on. 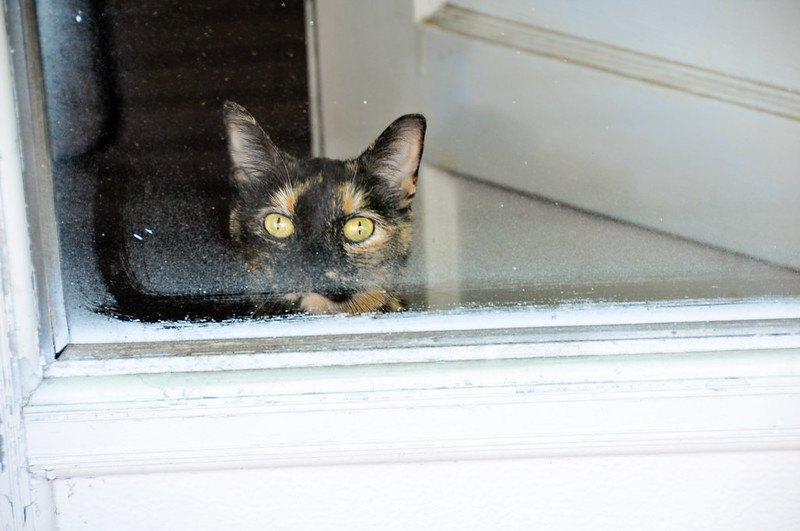 Then there was poor Katie, a cat who just wanted the meat, but got none. Cry all she wants, this meat is, and will forever be, ours!