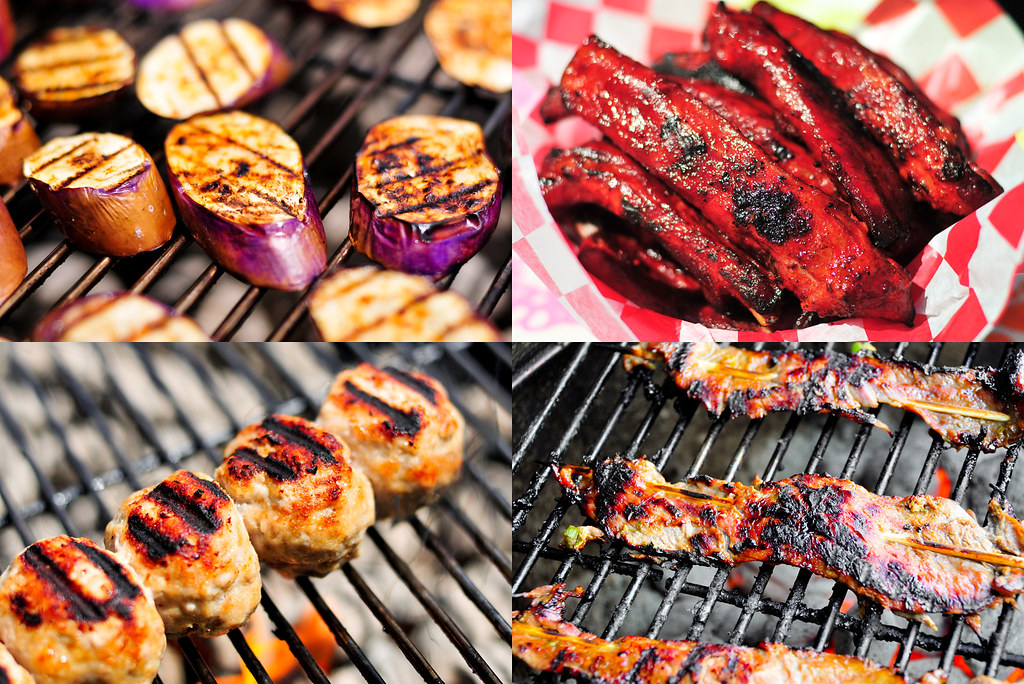 It's already time for the next Meatwave, and I've found myself unable to even keep up the record of the season's Meatwaves, which I vowed to continue. We'll I'm trying my best and although nearly two weeks late, I've found a few spare minutes to recount the tails of the Meatdemic that plagued us all, leaving us battered and weary, but still wanting more. 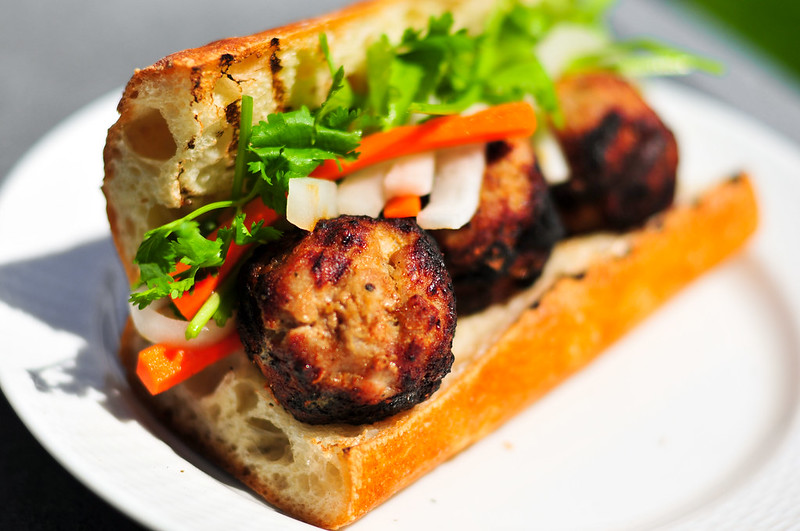 The first wave of meat to hit us were Vietnamese meatball banh mis. I haven't jumped on the banh mi bandwagon yet, but since Ms. Kris is all about them, I knew that had to be delicious. I was not disappointed, as these were the greatest thing to come off the grill that day. They were so well received that some even made the long journey to Houston to be shared with our Texan brethren. 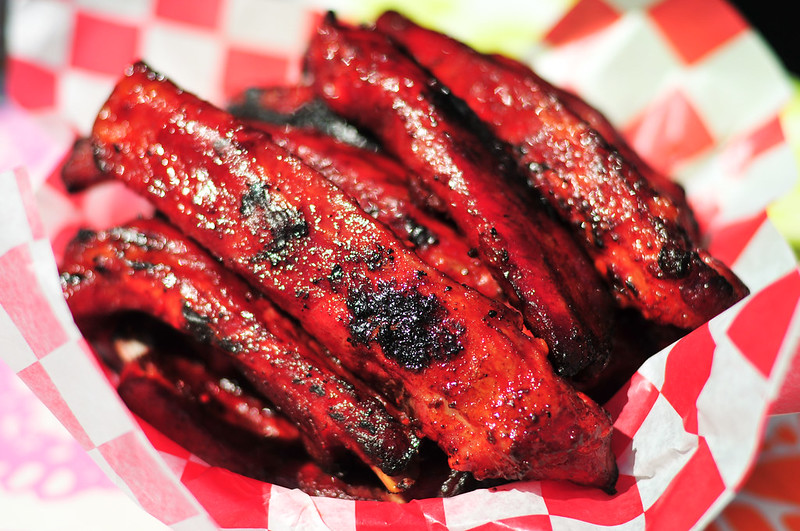 Next up to further our infection were grilled Chinese spare ribs. I'm convinced that any semblance of eatable take-out Chinese is an impossibility here in Astoria. This has left a hole in my diet when those inevitable cravings for Chinese hit. To try to fulfill those desires, I set out to make home cooked take-out. Flavors, texture, and even color of the ribs were all spot on, temporarily providing at least the appetizer portion of my Chinese fix. 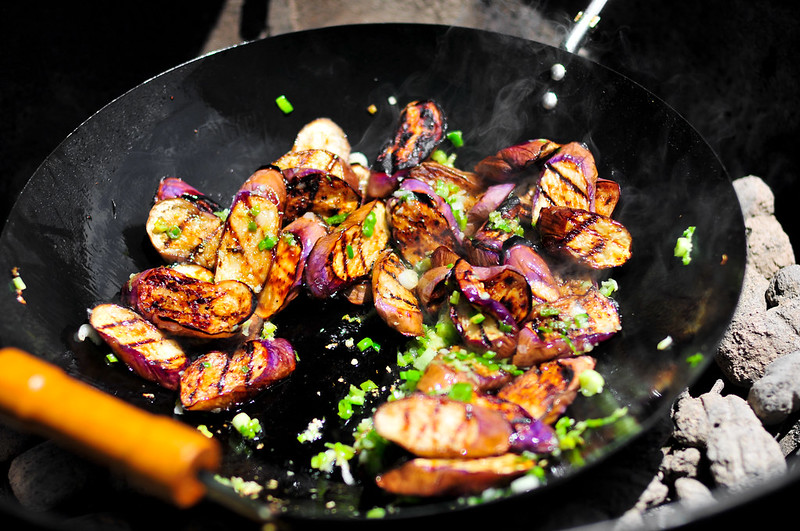 Then came the eggplant, the least meaty item of the day. I grilled slices of Chinese eggplant, then brought those together with a sauce in a wok set directly on top of the coals. You always here you can't get your wok hot enough to cook properly at home, but this is the way to do it, easily getting it up to 600 degrees or hotter, sauteing veggies and thickening sauces in seconds. Unfortunately I, and some other Meatwavers, found the eggplant to be a little too mushy for our tastes in the end, even though the flavor was deep with ginger and quite nice. 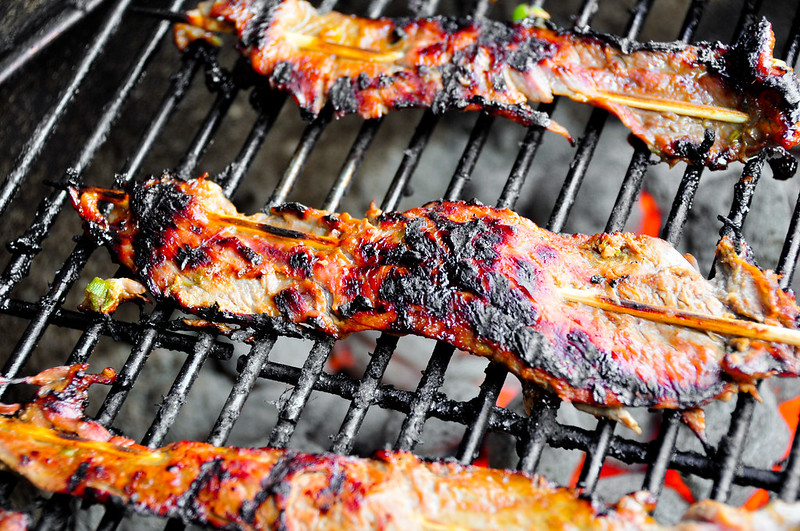 I seem to always have the need to push the Meatwave further than it really needs to go, and at the Meatdemic that was done with some of my beloved Asian beef skewers. Already fully diseased, I wasn't sure if another intake was possible, but the power of these skewers never fail and they were gone by day's end. 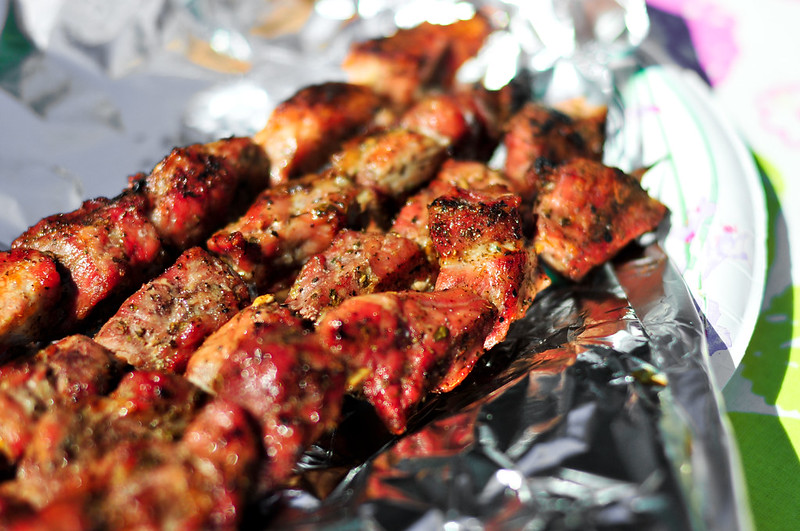 Since moving the Meatwave to some new digs, I've been reaching out to the neighbors, giving them a taste of the meat. This generosity came back to us with an offering of pork souvlaki from our Greek-techno loving neighbors. This had to be hands-down the best souvlaki I've ever had. So I hope to keep this open meat relationship going to in hopes of one day getting the recipe. 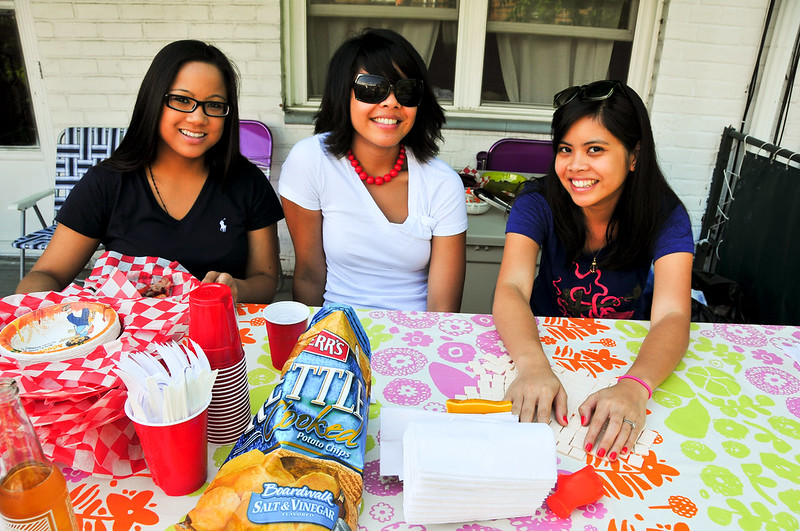 Coming all the way from Tejas just to catch the Meatdemic (well, not really just for that, but I believe what I like) was Ms. Kris's sister extraordinaire, Super K. Although she's no stranger to the Meatmaster's cooking, this was her first official Meatwave in NY (there's a chapter going on in Spring, TX she goes too regularly). While we all laid around in our meat stupor later in the day, she had to muster up the energy to catch a plane, but like a true Meatwaver, she took some carry-on meat for the long voyage. 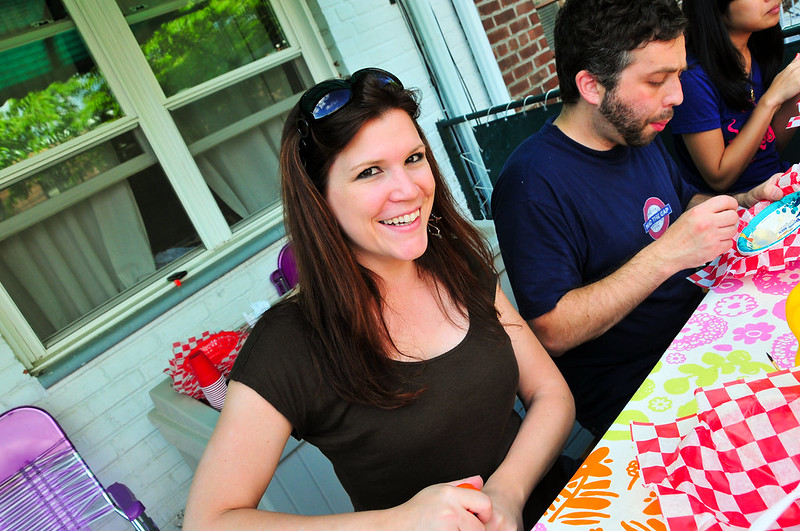 We had another first time Meatwaver in attendance, Katie. She came along with disciple Suzanne, and was quickly converted to the ways of the meat. Both living just blocks away, we hope to see them more throughout the summer.

Sitting just behind Katie is Jonny, a man we're all very proud of, since he returns to the Meatwave after a three year absence as a doctor! Fitting that the Meatdemic was his chosen event to return to form, but he quickly found out even a doctor is not immune from the sheer power of the Meatwave.