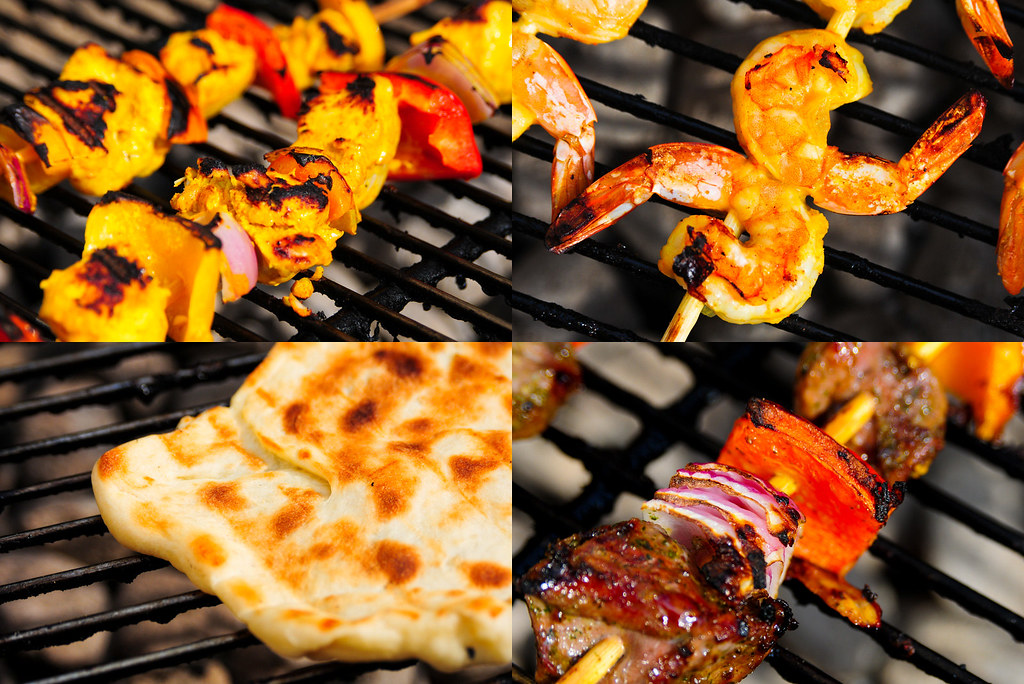 Due to a trip deep into the heart of Texas, among other scheduling obstacles, it had been four long weeks since the last meatwave. With this unacceptable lapse in time, it was imperative to bring the meat on in full force this past Sunday to ensure our winter withdrawal didn't set in early. So I set out not only to keep the good times coming, but also to prove that we all are truly Meatier than Thou. 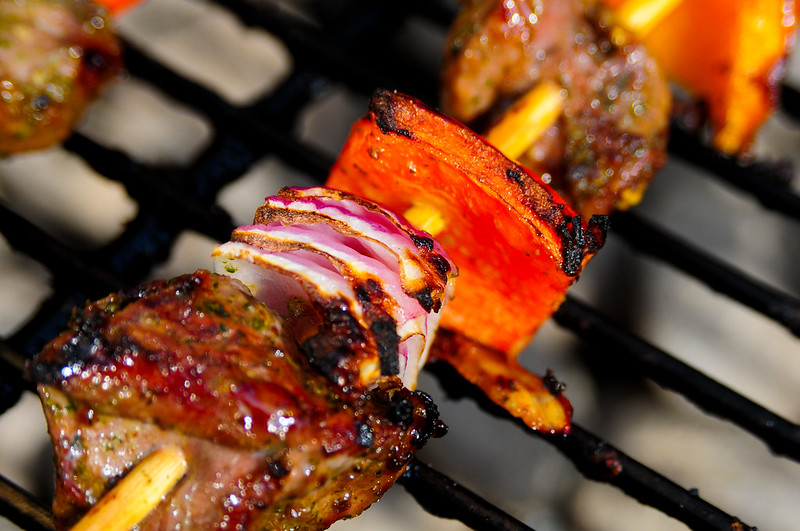 We were down to the last three Meatwaves and I was looking back at the territory we covered this season and notice a huge whole, there was no lamb! The revelation left me deeply disturbed, and I quickly went to the butcher to pick up a leg of lamb to right this wrong. I decided to try the lamb with a cilantro-garlic marinade that caught my attention on Cook Illustration a while back. After the marinade, the lamb was skewered with onions and bell peppers, which all combined to make a wonderful kabob. 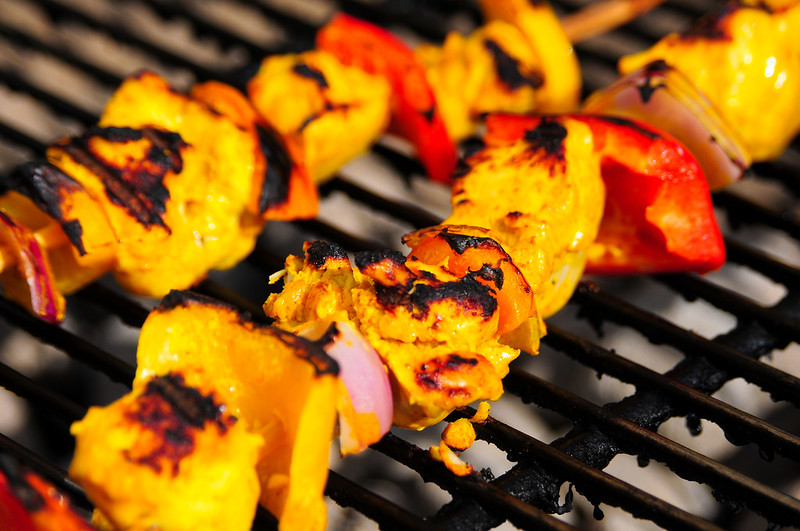 With an Indian inspired lamb on the menu, I continued down that culinary path and paired it was a Tandoori style chicken. A marinade of yogurt, onion, and countless spices was whipped together, then a few pounds of boneless chicken went in for an overnight bath. I also skewered these with bell peppers and onions, and although they did not show up the lamb, they definitely held their own. 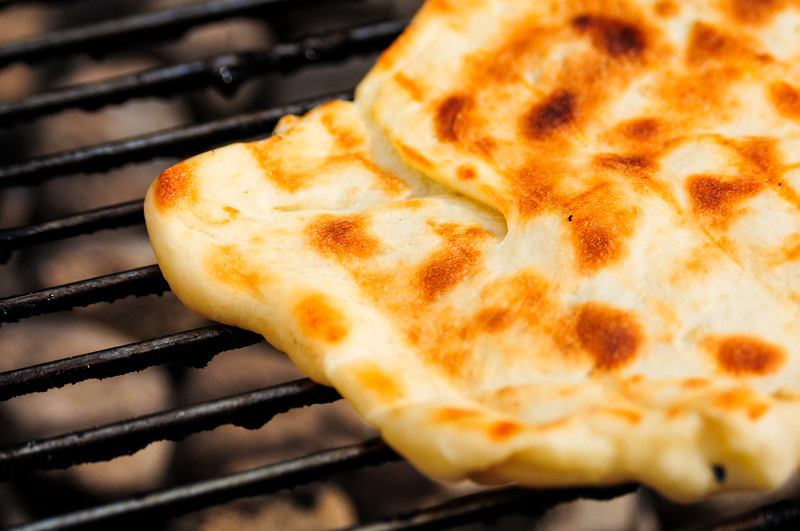 I can't eat Indian (inspired) foods without naan. I'm scared to death of bread, but my desire to have it alongside these two kabobs outweighed my fears. It did take me a few tries and minor frustration to proof the yeast correctly, but once I had that going, the process was pretty simple. This wasn't quite the naan I'm used to in restaurants, but it's only fitting because it was served with not-quite Indian food. 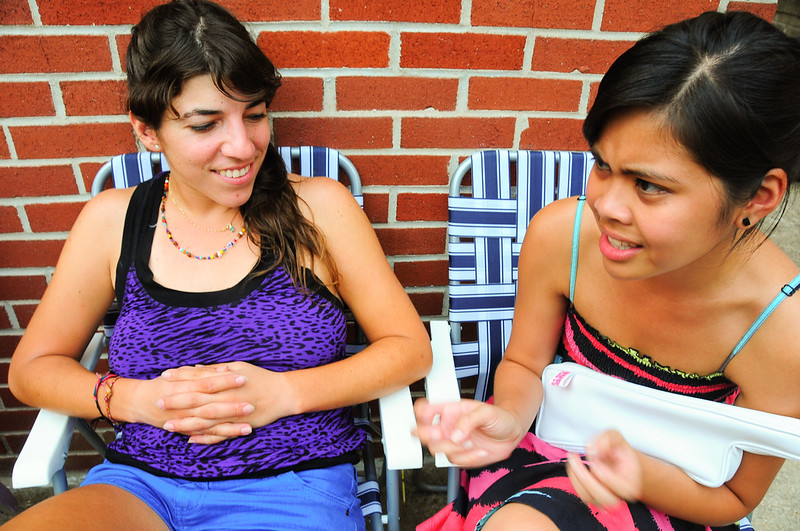 The most exciting part of this Meatwave was the return of Debbie! She left the Meatwave this summer to pursue larger adventures, mainly biking form LA to NYC with our friend Karin. Last weekend she made her triumphant return after 85 straight days of pedaling, and stuck around the city long enough to make this Meatwave. We were super excited that she completed her amazing trip safely and was able to partake in the meat, entertaining us with awesome stories from the road. 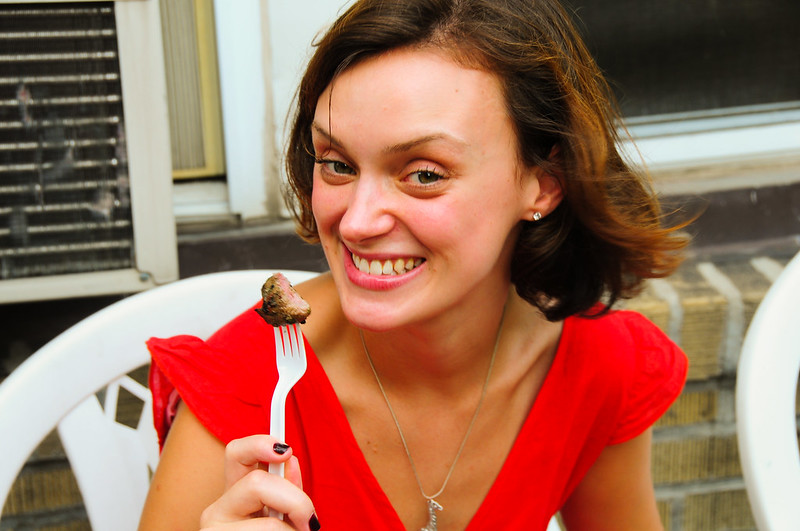 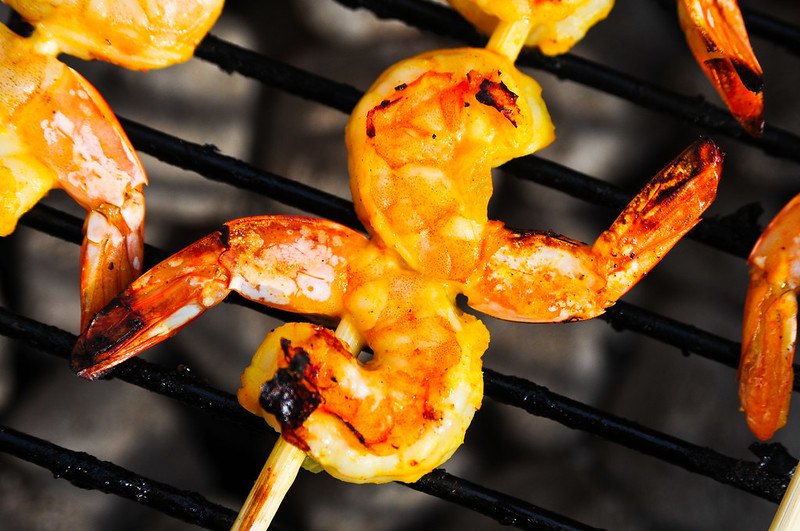 The resident Doctor also made the rounds this weekend, bringing friend Leanne in tow. Getting into the Indian spirit, she grilled up some delicious looking curried shrimp kabobs (yes, I let my wussy brain keep me from trying them). I'm proud to say that the Meatwave has begun to bring the vegetarian Doctor to the darkside, as she impressed us by taking a little nibble of the lamb.

Learning from my mistakes, I vow not to let another long period of time fall between us and the next Meatwave. In fact, I believe we shouldn't stop the celebration, so I hope to see everyone on Sunday at Penultimeat.