Meating of the Minds 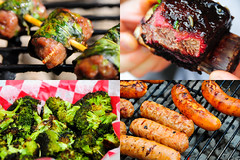 I believe in spreading the gospel of the meat throughout the land, always trying to convert more and more people into hardcore Meatwavers. Even though each Meatwave is an open invitation for friends, I try to dedicate one each year just to this idea. For reasons too long to go into now, I scaled back that open invitation this year and have been keeping the festivities smaller than normal, with very few, if any, new Meatwavers coming on board. I was missing the old ways though, and decided to open up the Meatwave again for what would be a true Meating of the Minds. 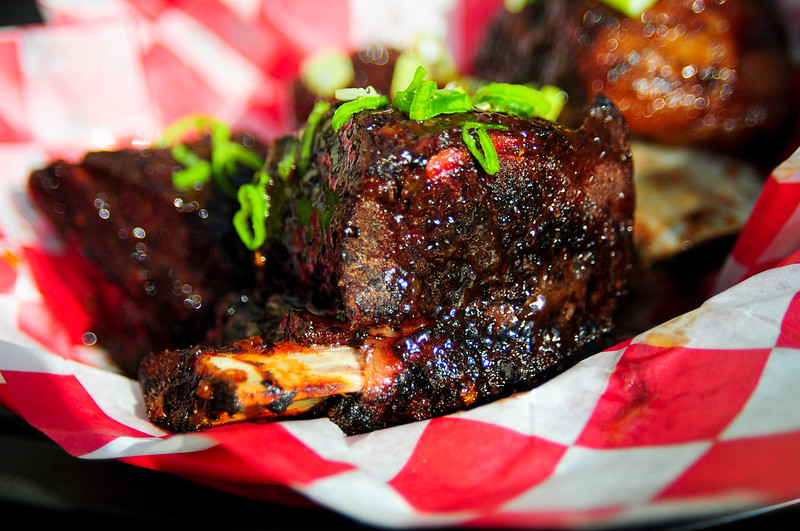 I was a little depressed before the Meatwave rolled around. I was excited to hopefully see new faces%u2013and a lot of old%u2013at this Meating, but I was starting to feel like it was going to be a bit of a flop. Then Sunday came and a steady stream of Meatwavers flowed through the gates, making it the biggest blow out of the season. Luckily that morning I decided that 8 short ribs were not going to be enough, and picked up some more before starting to smoke these five-spiced beauties. 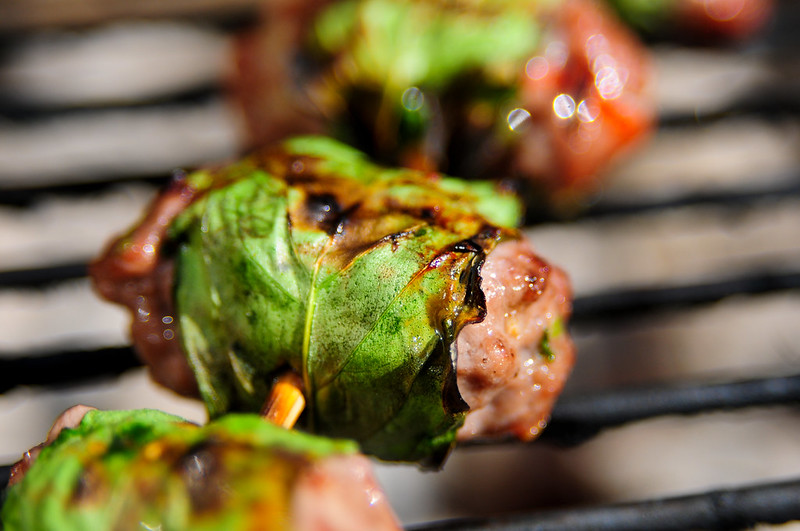 Along with the short ribs, I was on a mission to recreate the most excellent Thai beef skewers that Chris had brought the previous Meatwave. I set out on a trek for authentic ingredients, which brought me to Flushing for Thai basil and chilis. These turned out almost as great as Chris's, and were even better when dipped in the sweet and spicy sauce I whipped up. 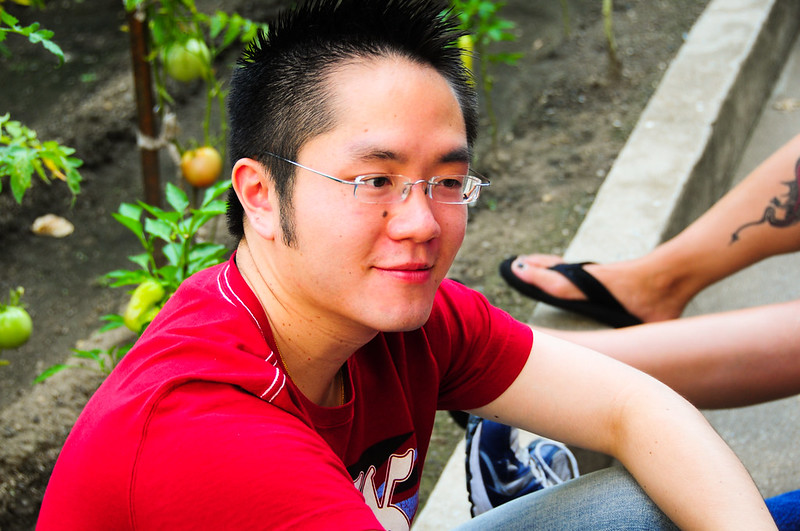 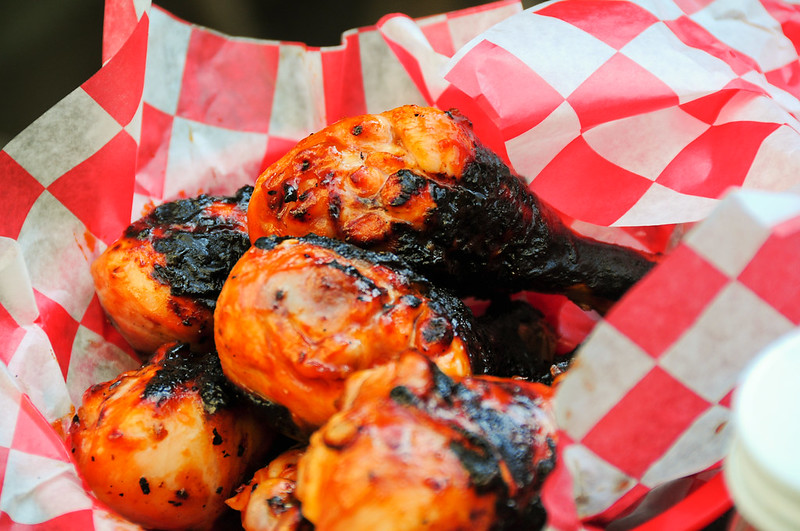 Unfortunately, the Meating of the Minds was also a farewell to Chris, who has come to be one of the most dependable Meatwavers. Chris is always bringing along meaty treats for all, this week being no exception with the barbecue chicken he had in tow. Loosing Chris to Dunkin-Donuts, PA is a big blow, but I'm hoping there's someone out with the same dedication to the meat that can fill the hole he's leaving in our hearts. 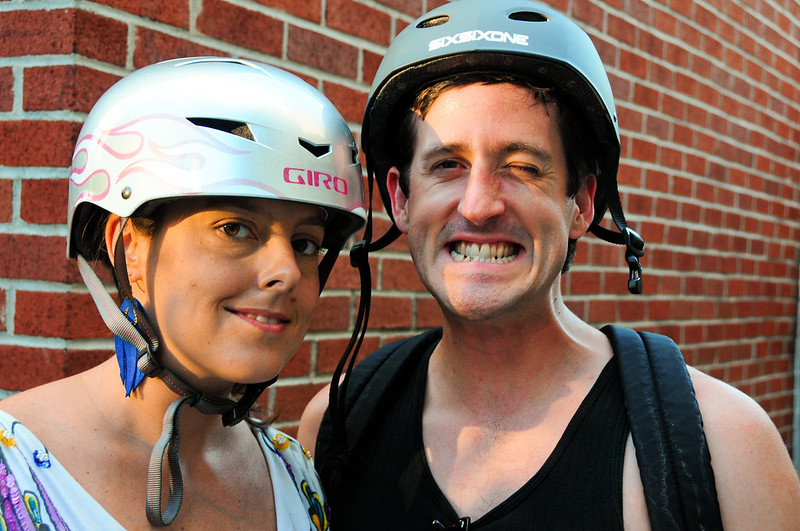 Daphne & Blair made the long bike ride from Bushwick to ASStoria in order to deliver us some fine mashed sweet potatoes with chorizo. It goes without saying that this was delicious, since I don't think Blair has the ability to make anything less than stellar. 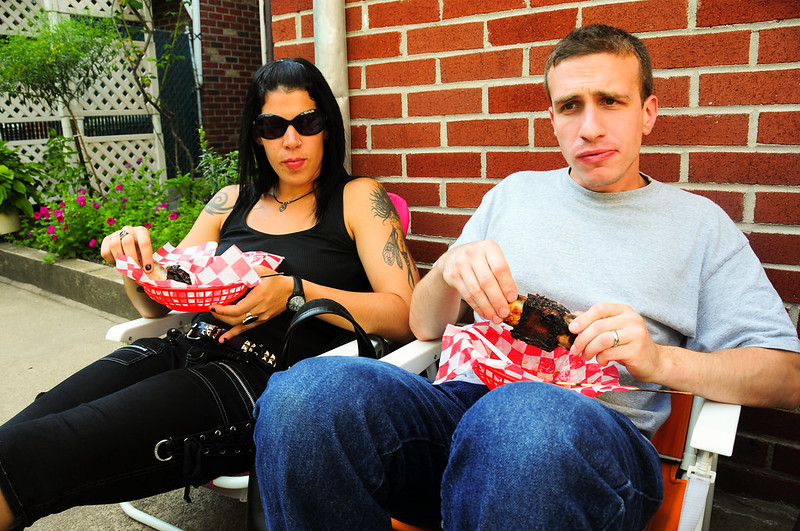 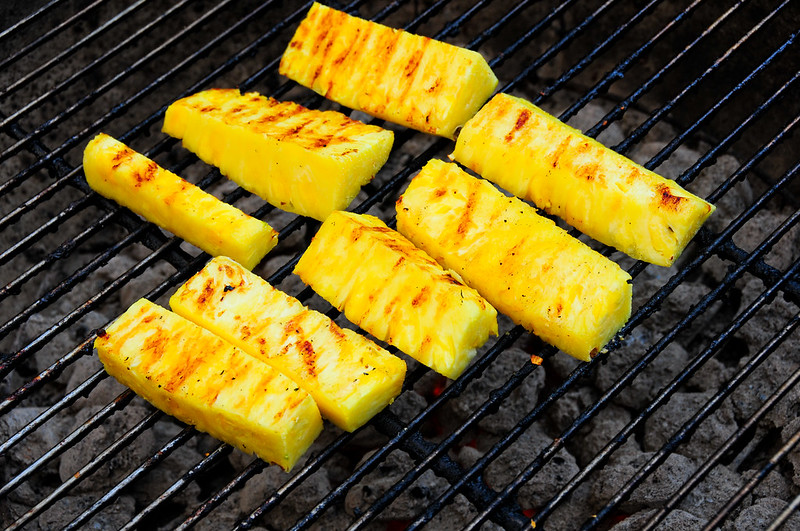 Pete and Roni showed up as brand new owners of a Costco membership. I figured this would mean that they would arrive with a 50 lb vat of pork (the smallest possible quantity available at Costco), but instead had a single pineapple. It appears Peter and Roni were planning their own barbecue with their new found mega buying power, saving the mass meat magic for the following weekend. Luckily we really needed that pineapple more than meat, since it served as perfect interlude after the beef and before the ice cream that Marissa, Joe, and Karla brought. 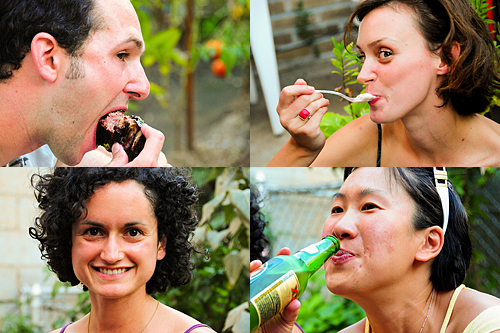 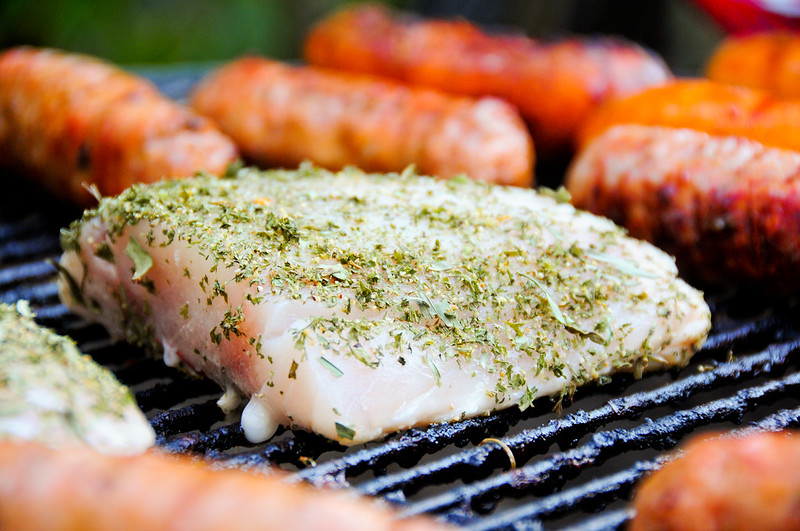 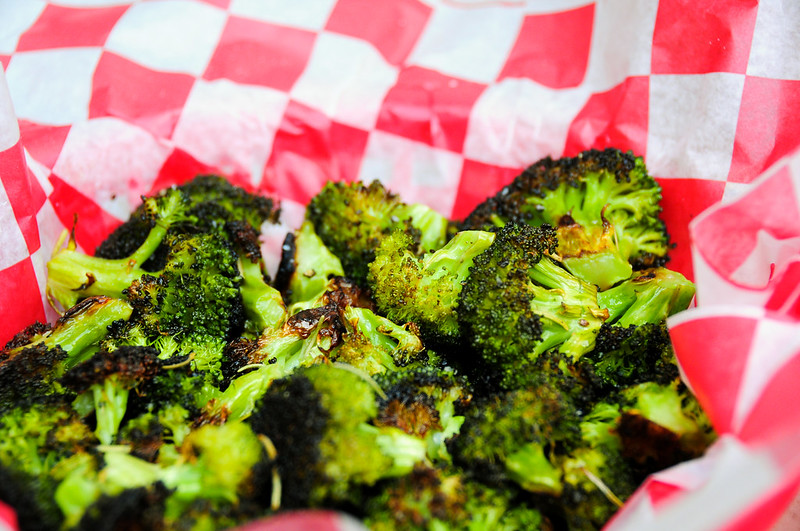 The real Meating of the Minds began when the slew of doctors made their entrance. Somehow they found time between discussing the body's many sphincters to grill fish, two types of sausage, and roast broccoli. As the meat started to run thin, their arrival replenished our supplies and kept it going until way past sunset.

The Meating of the Minds brought me back to the more carefree Meatwave days. People trickled in and out all day, new faces appeared, and it seemed like each hour brought a new item to fill our stomachs. This is what the Meatwave is all about.