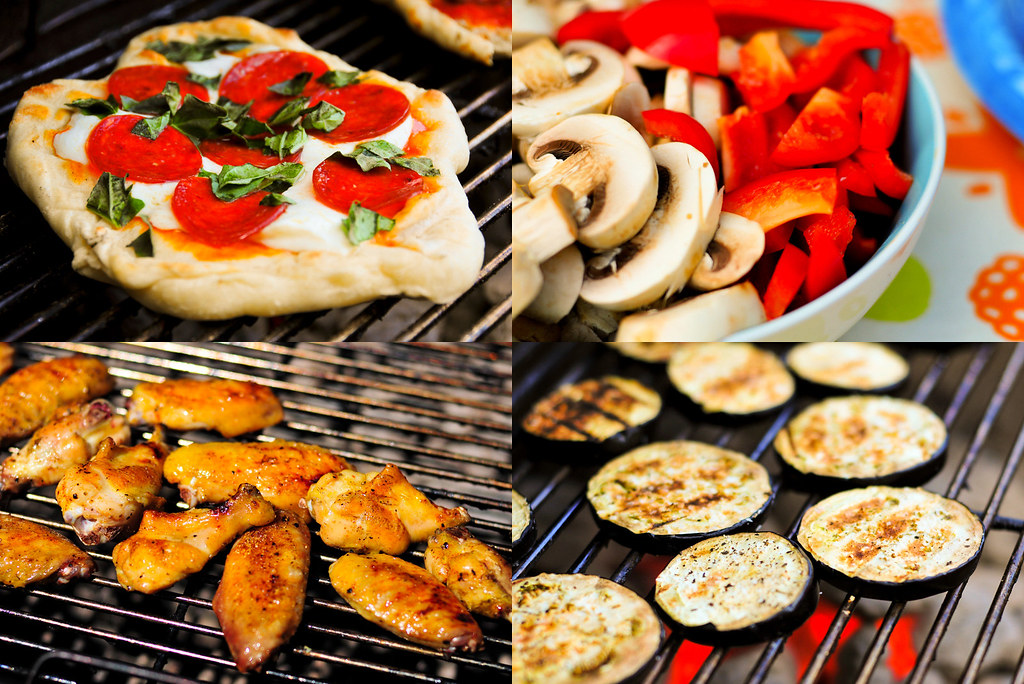 I'm done making excuses, it's been 2 1/2 months since I last wrote...I'm just a bad blogger. So for you loyal fans out there, I'm still cooking, still loving meat, but I'm just not writing. I'm making no promises on any regularity here, maybe it'll happen one day, but for now I'm just going to try to play some catch-up, documenting this past summer's excellent Meatwaves.

I last left you with some survival stories from the Meatdemic, which was followed two weeks later by the Meatual Admiration Society. 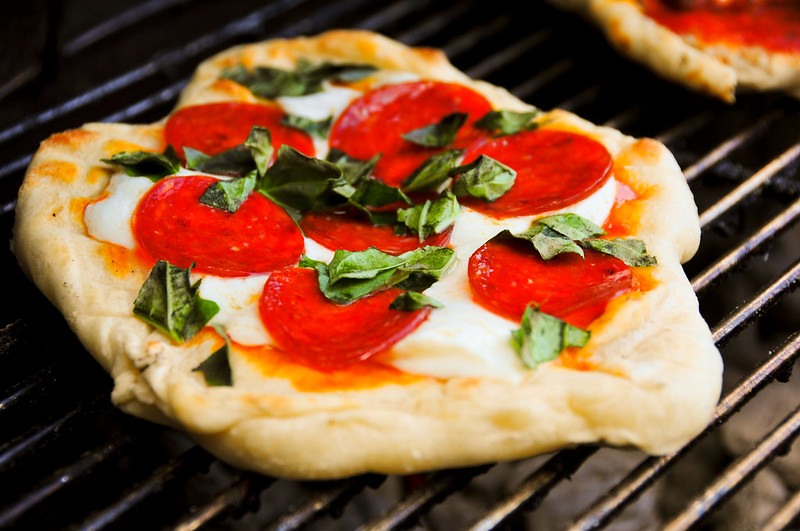 I've always said that pizza is one of my favorite things to grill with a group. It gets everyone up around the grill, creating their own pies, and the sharing that comes with it. For this communal cooking ritual, I made a nice pizza sauce, and, for the first time ever, my own dough, letting fellow Meatwavers bring on the toppings. Some great works of art came out of the day, including ity-bitty pizza bites and a pie that replaced the pizza sauce with buffalo sauce, which works surprisingly well. 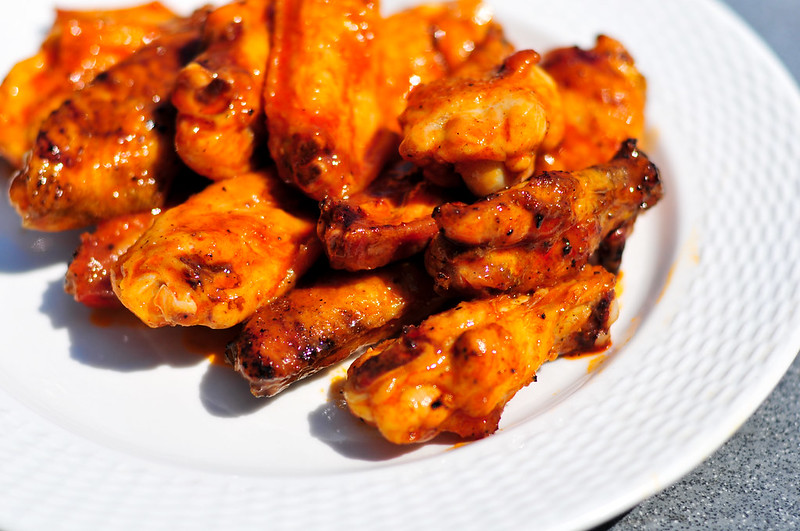 It's hard to have pizza without wings, the two are eternally married in my mind. Instead of the usual frying method, I took these wings to the grill, which gave a nice crisp to the skin, but one that didn't quite match what can be achieved in 400 degree peanut oil. No one complained though, and the wings flew off the plate as I cooked off batches throughout the day. 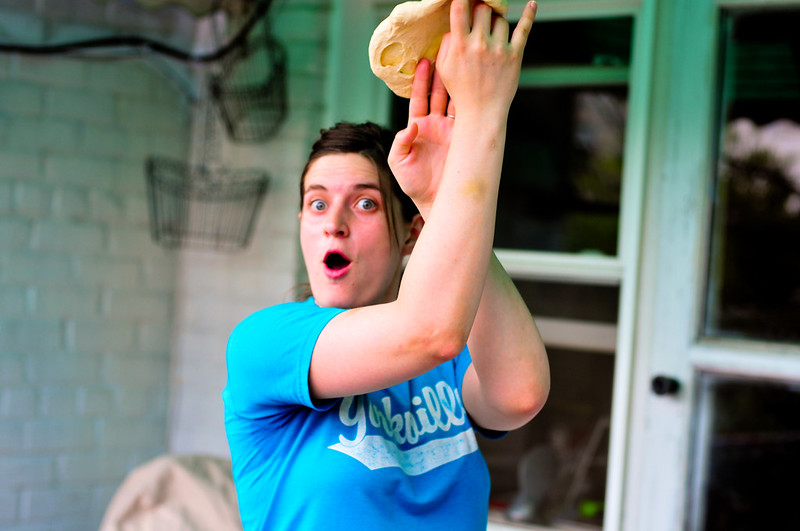 For style points, Lindsay was the out right winner of the day; the only person daring enough to toss the dough. 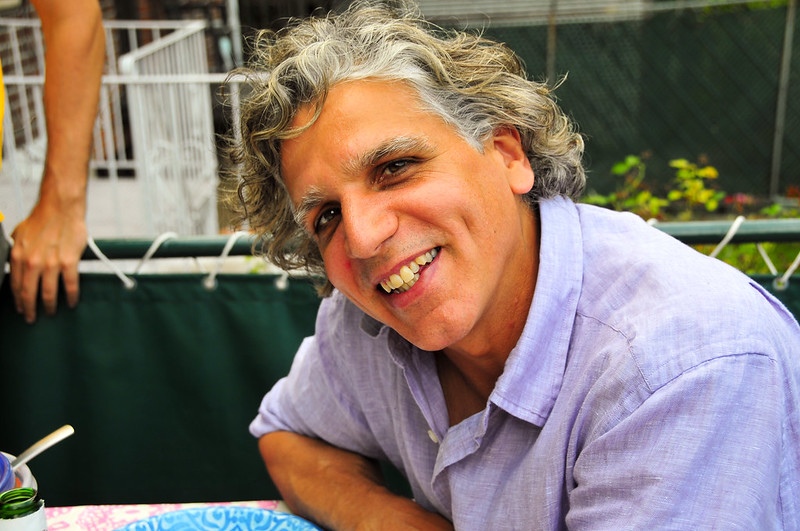 Beyond the food, the Meatual Admiration Society further extended the always open hand for new Meatwavers to enlist, and we got a couple. First was Nick, who's heard the tales of the Meat, but only got his first taste this weekend. A fellow meat fan, we hope to see his face more often around these parts. 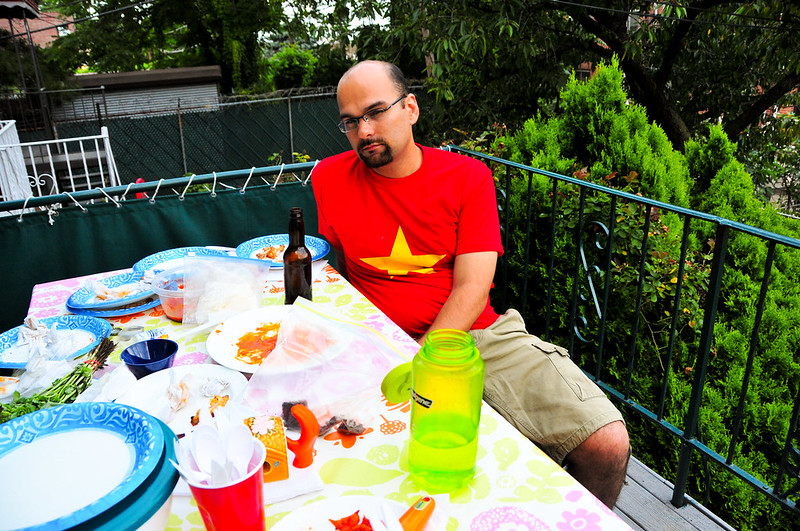 Second was Greg, Schnapp's (Meatwaver extraordinaire) roomie from the days of yore. As you can see from this photo, the meat has enslaved the poor soul, making any hopes of escape futile. 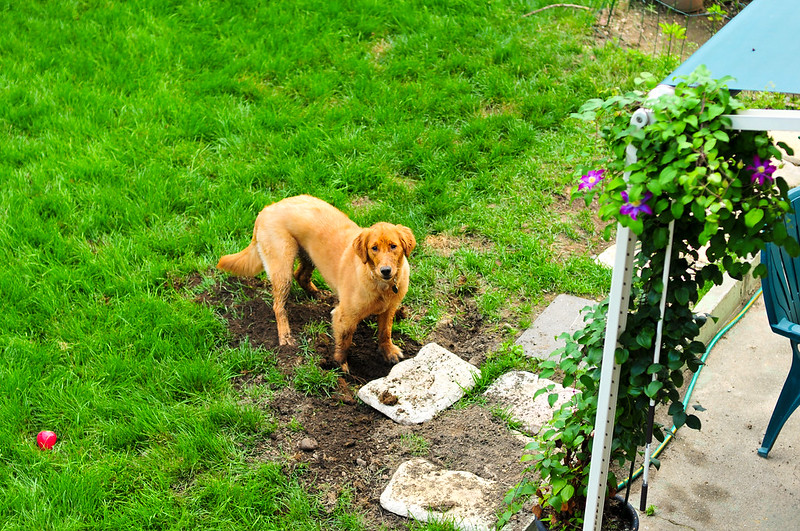 Another welcome addition to the party is Lola and Dre, the two golden beauties who frolic next door during our long days of meat. Here we've caught Lola being especially bad, tearing up the yard, perhaps trying to build a tunnel under the fence to get to the meat.