We Shall Meat Again Someday 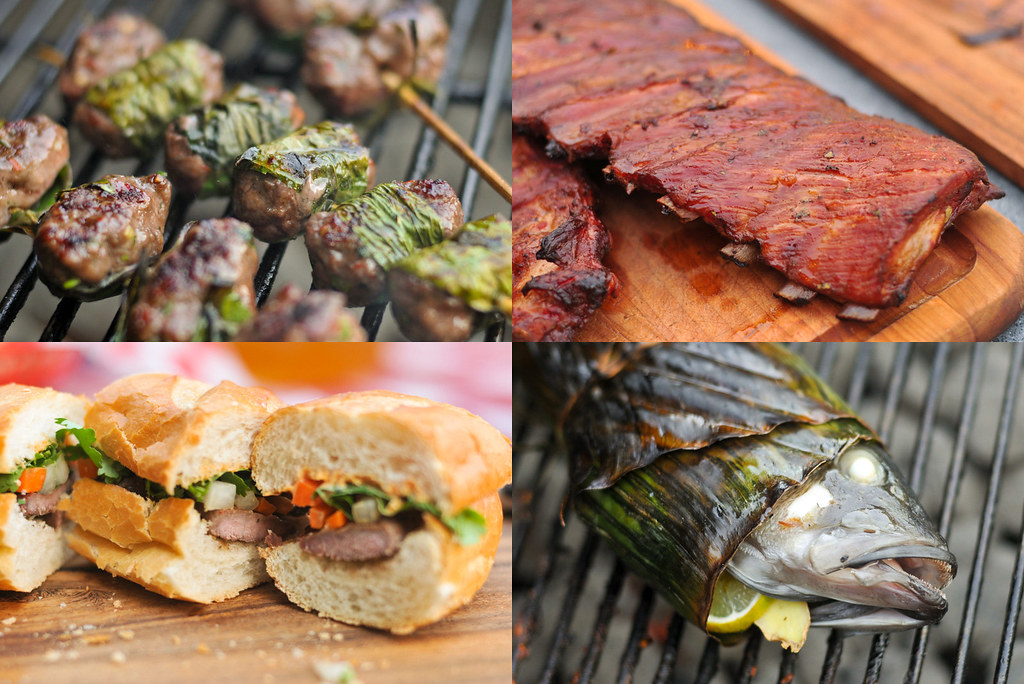 In 8 years, the Meatwave has seen a lot of people come and go. It's always sad to say goodbye to fellow Meatwavers, but this past weekend's send-off was especially poignant as we bid farewell to two of the most loyal followers, Lindsay and Brandon. With the threat of a hurricane and, even worse, a shut down of the transit system, we pulled this together a day early for the very first Friday Meatwave. At the end of the night we had all eaten incredibly well, but more importantly, we had a celebration to leave Lindsay and Brandon with nothing by fond memories (and just maybe, a convincing reason to stay). 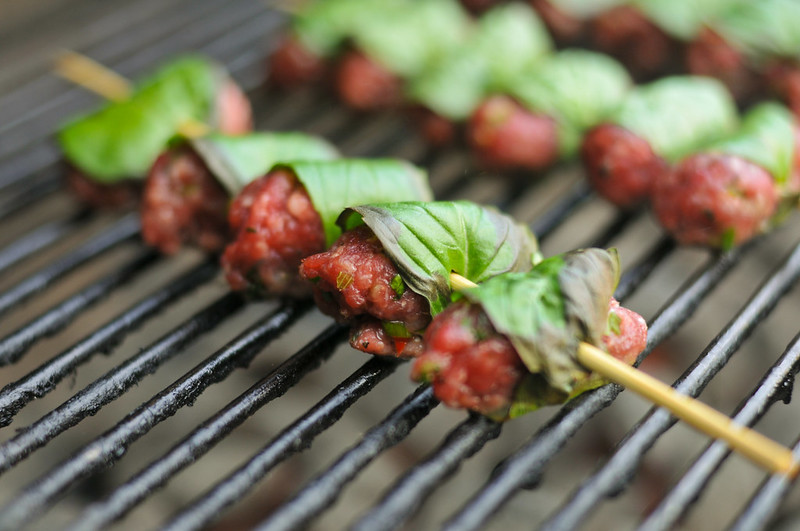 The originally planned Meatwave was supposed to follow a Cajun theme. The decision to make this an official goodbye party came just as I was racking my brain on how to convert a cuisine steeped in stews and frying for the grill. With this change, I thought it would be best to let Lindsay and Brandon set the tone of their final feast, asking what were some past favorites of theirs were. Not surprisingly, the first thing to come up were these Thai beef rolls wrapped in basil, a found memory for many. They asked and they received. 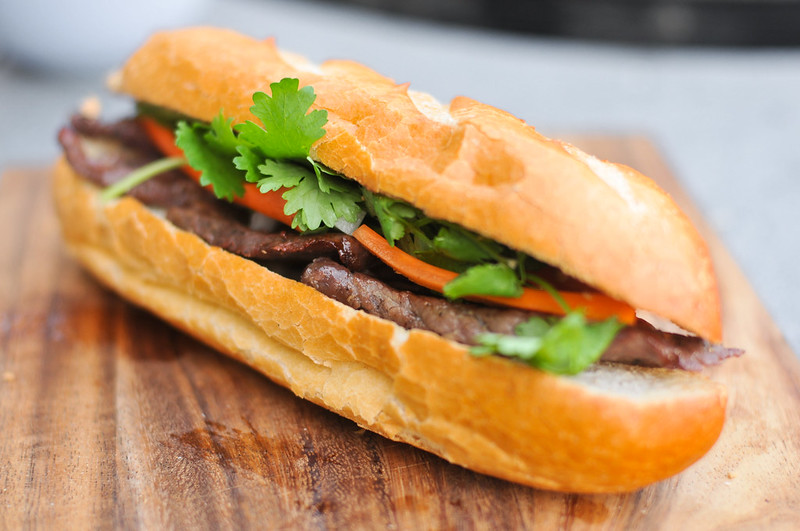 Riffing off of that, I decided to move away from Thailand and on to Vietnam with grilled steak banh mis. Marinated sirloin strips were grilled and then assembled on toasted mini baguettes with pickled diakon and carrots, cilantro, and Sriracha mayo. It's hard to go wrong with banh mis, and these just stood as further proof. 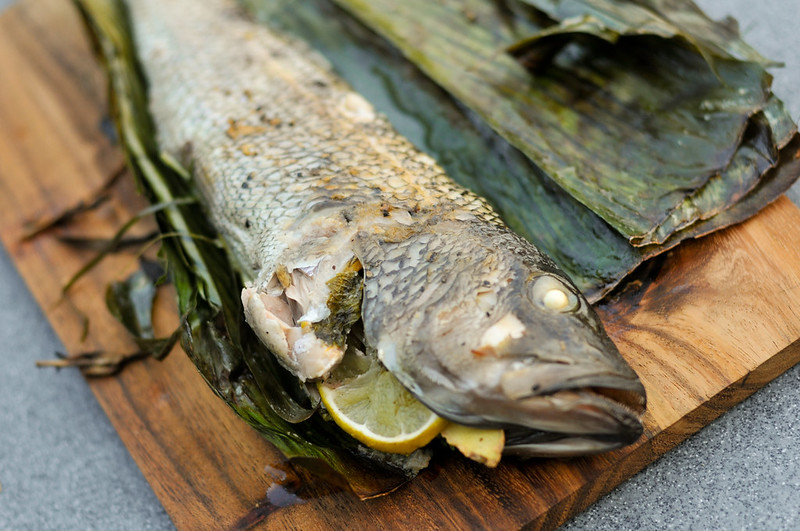 Next up was a stretch for my seafood-averse self, but Brandon is a big seafood lover and Serious Eats asked if I'd do a whole fish recipe, so that's exactly what I did. I picked up two black sea bass from the fishmonger in the morning, and prior to grilling, stuffed them with lemongrass, cilantro, mint, and lime. They were then wrapped in a banana leaf and grilled until the meat flaked. Now I'm still working on become a good seafood eater, but something like this makes a very convincing argument. The meat was moist and aromatic, and eaten with a little nuoc chom, I was loving it. 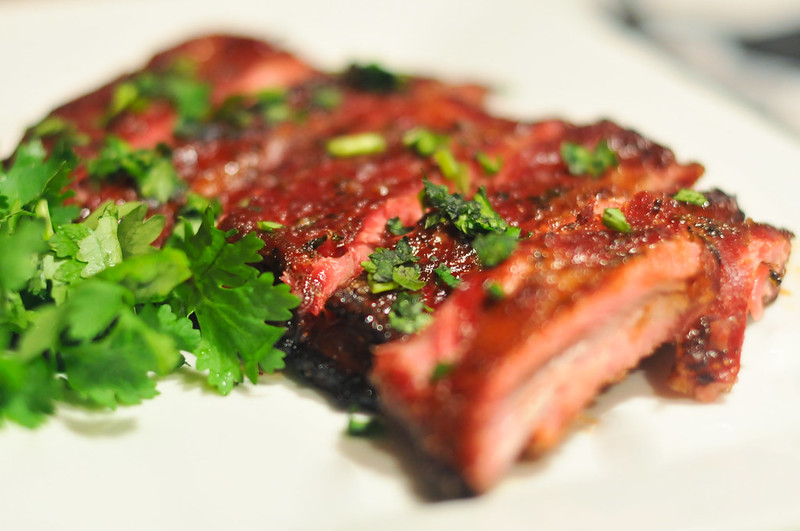 Finally on the menu were cherry-smoked Vietnamese spareribs. This was one of the first recipes I did for this blog and never revisited since. I don't know why, because these were so insanely delicious that I should be making them all the time. A nice change from regular barbecue, the meat was soaked in a Vietnamese-style marinade, them smoked, and finished with some caramelization on the grill. Fitting seamlessly into the mix, my only problem was I wish I had made a rack or two more as I could easily could have kept eating more. 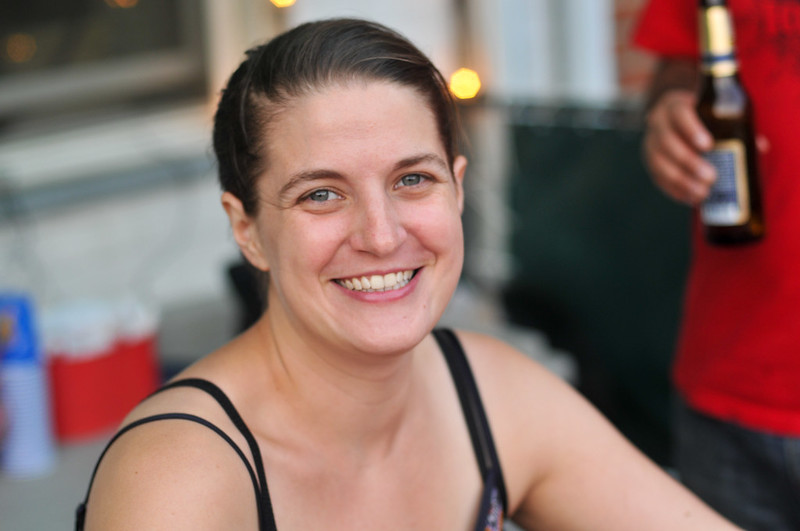 As always, the food was paid close attention to and everything turned out fantastic, but this Meatwave was really more about Lindsay and Brandon. Here we have Lindsay as her usual self, nothing but smiles while she's at the Meatwave. 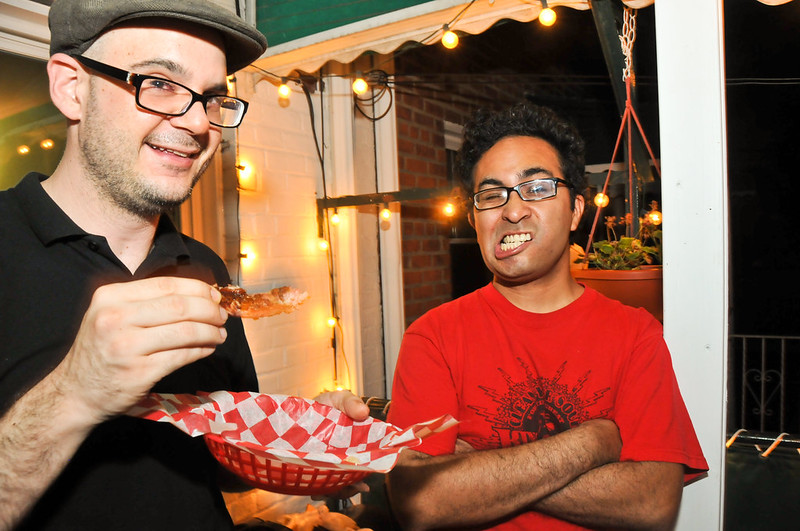 Brandon did a great job wrangling everyone together for the last minute change in date. This resulted in what's probably a record for new faces at a single Meatwave. Next to the man of honor is his good buddy and bandmate Cyrus. 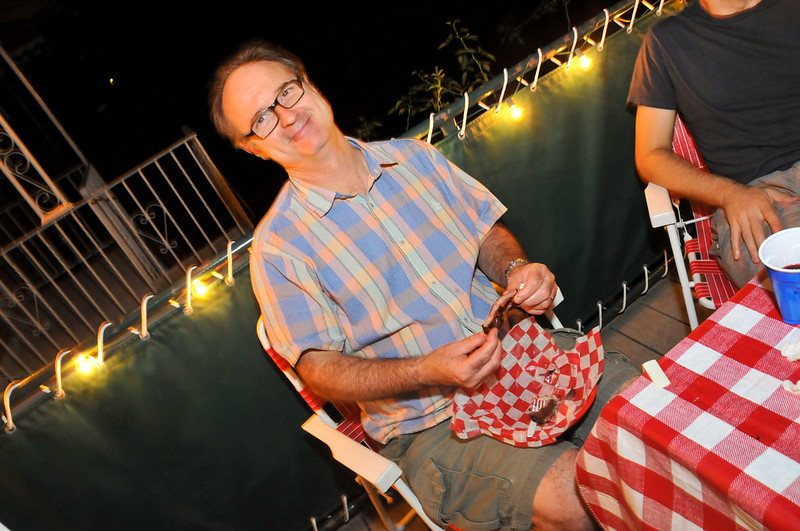 Fellow Strand worker Charlie also made it out to say a celebratory farewell. 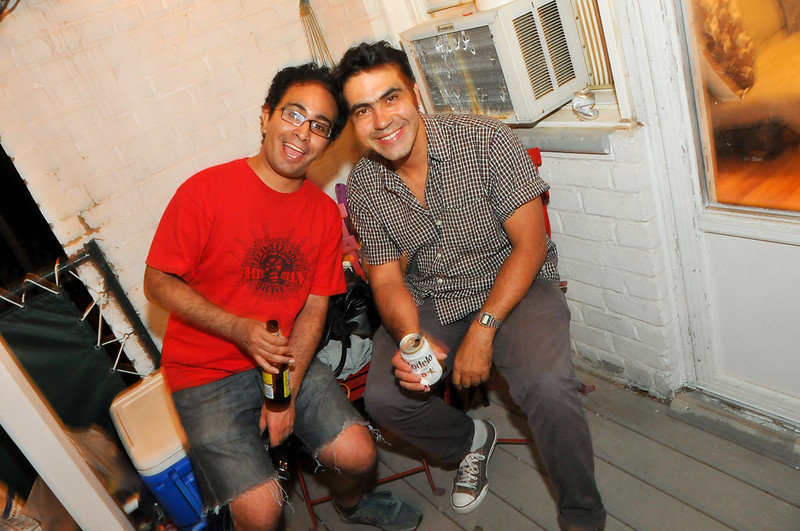 Another newbie and friend of Brandon, Carlos. 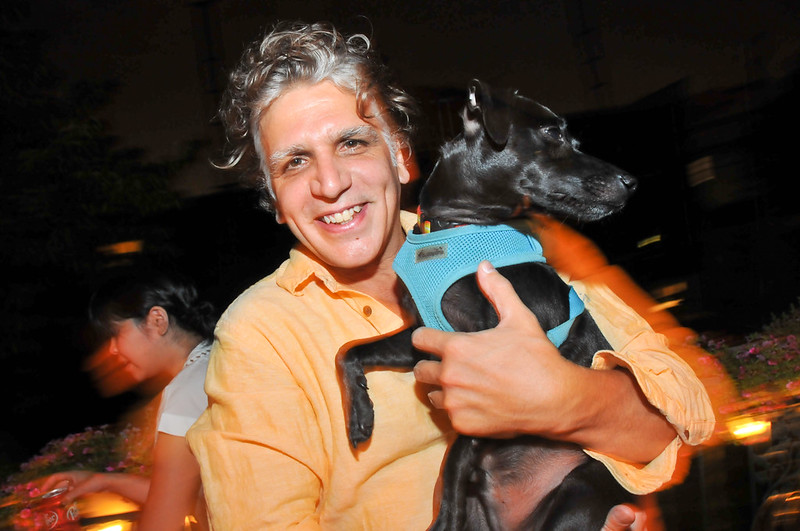 We were also blessed with a special apparence by Rex, who may have seemed more interested in the cats, but we all know that was just a guise as he couldn't muster the strength to show his true emotions about Lindsay and Brandon leaving. 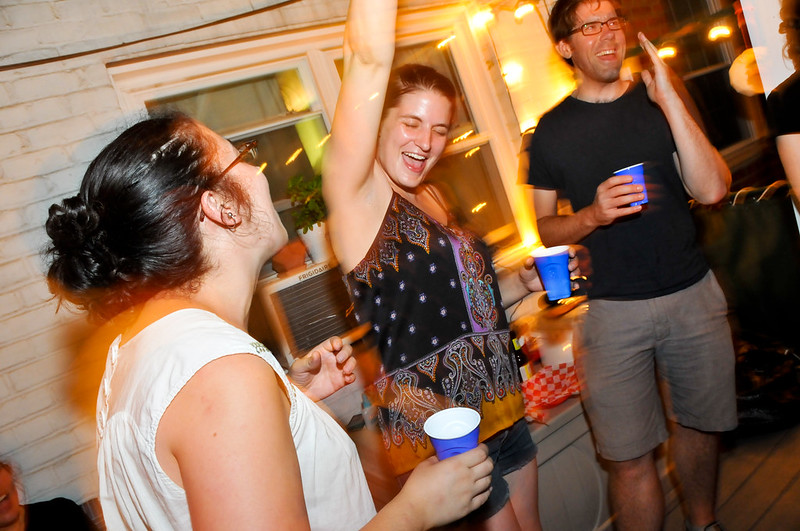 I think this photo exemplifies how much Lindsay and Brandon brought to the Meatwave. On this Friday night, the meal quickly turned into an all out dance party. While I both danced and internally questioned my deck's ability to support 15 jumping adults, the life that these two brought to the Meatwave each week was strikingly clear. Beyond their excellent chevices and various baked goods, Lindsay and Brandon are a unifying force, bringing people together and creating the warm and welcoming atmosphere of the Meatwave. It goes without saying that we're going to truly miss them, but we also wish them the best of luck as they head to a windier city, where we hope to bring at least one Meatwave to next year—you might be able to keep Lindsay and Brandon away from the Meatwave, but you can't keep the Meatwave away from them.