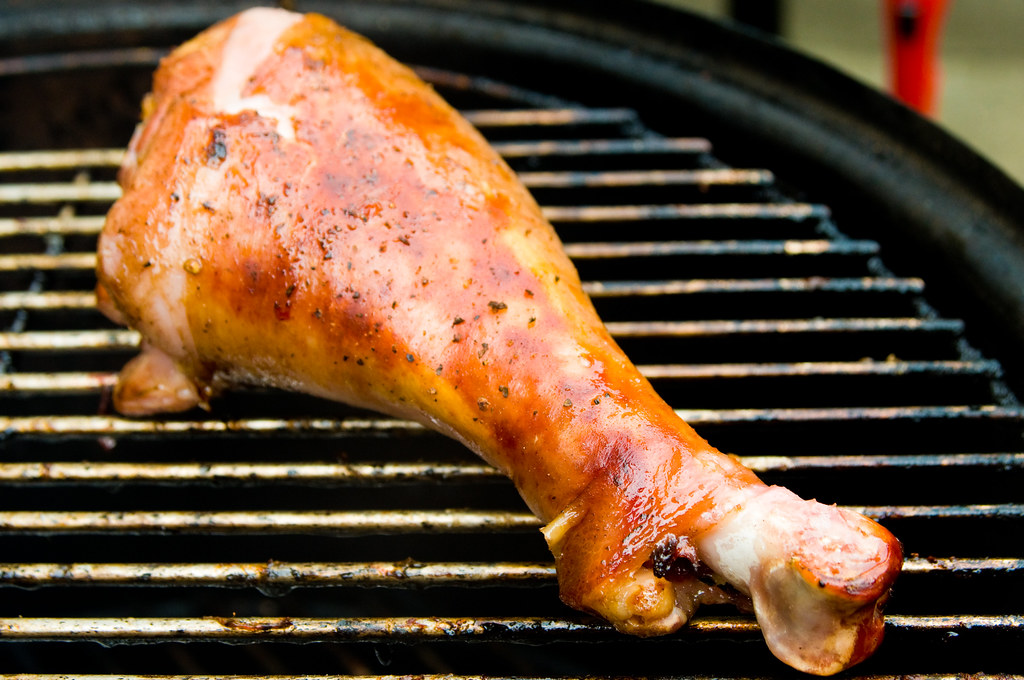 I grew up in a Shakespeare loving household, where my Mother whispered "Parting is such sweet sorrow, That I shall say good night to let be morrow" as she closed the door after tucking me into bed every night. Yearly trips to the area's Renaissance Faire came with the territory, and while these, thankfully, did not end with me dressing in tights and speaking in Victorian English, they did leave me with two very important things: a ceramic pig shaped piggy bank won in a Ren Fest photo contest, and a taste for giant smoked turkey legs. 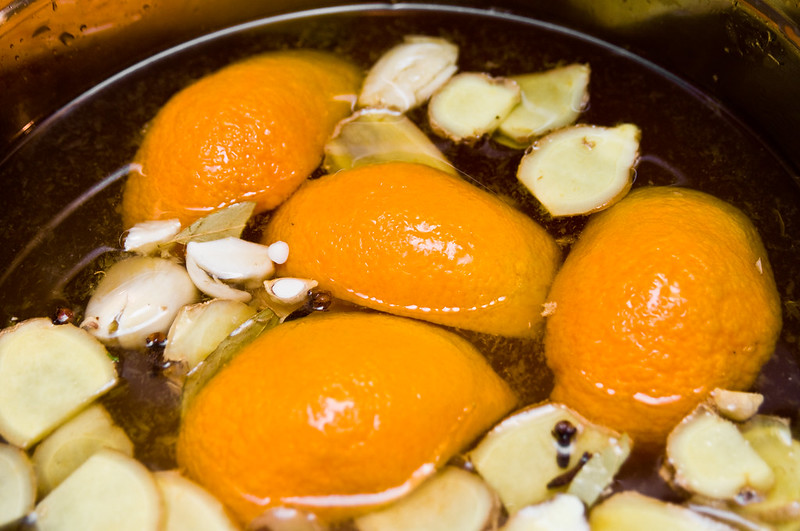 I somehow doubt that smoked turkey legs were a true delicacy in Victorian England, so I saw no need to look into authenticity for a recipe. Instead I started the legs in my favorite apple juice based turkey brine. I've made many a turkey with this brine and they always come out moist and flavorful, and I couldn't imagine it'd do any different on these legs. 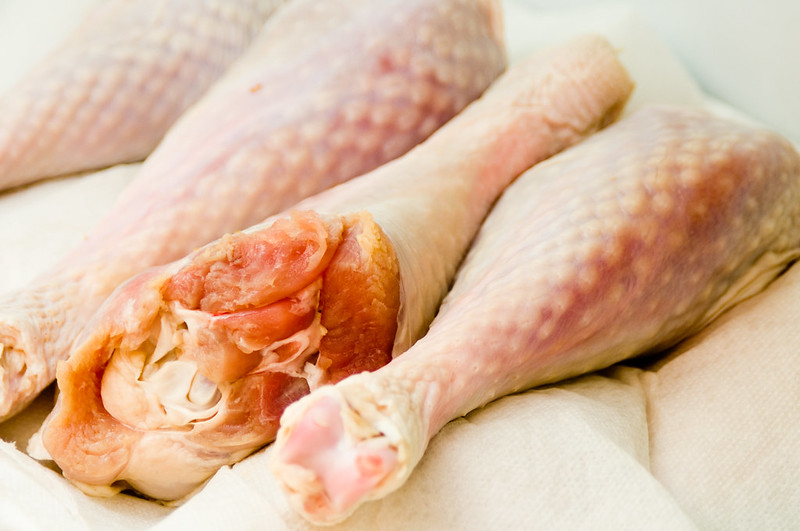 I've had many problems getting a good skin on barbecued poultry. It almost always has great color, an effect of smoke on the skin, but that beautiful mahogany color is usually hiding a disappointingly soggy mess. I still haven't perfected poultry skin, but I'm on the right path and I've found it very important to first dry the turkey legs with paper towels after coming out of the brine, then set them on a wire rack placed on a baking sheet in the refrigerator overnight. Doing this ensured all the excess moisture left the skin, letting it crisp up faster when cooking. 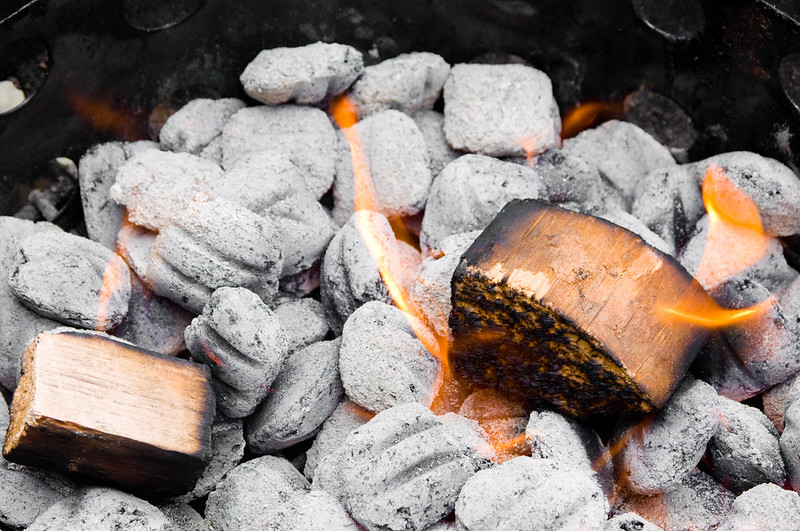 With the legs dried, it was time to fire up the smoker and get these beasts cooking. I always choose a light smoking wood for poultry, usually apple or cherry chunks. Unlike pork and beef, chicken and turkey will take on the flavor smoke quite fast and, because the meat has a more delicate flavor, the taste of smoke comes through more heavily, which is not a pleasant thing in my book. This time around I used two medium sized cherry chunks to give the turkey just enough smoke flavor without being overpowering. 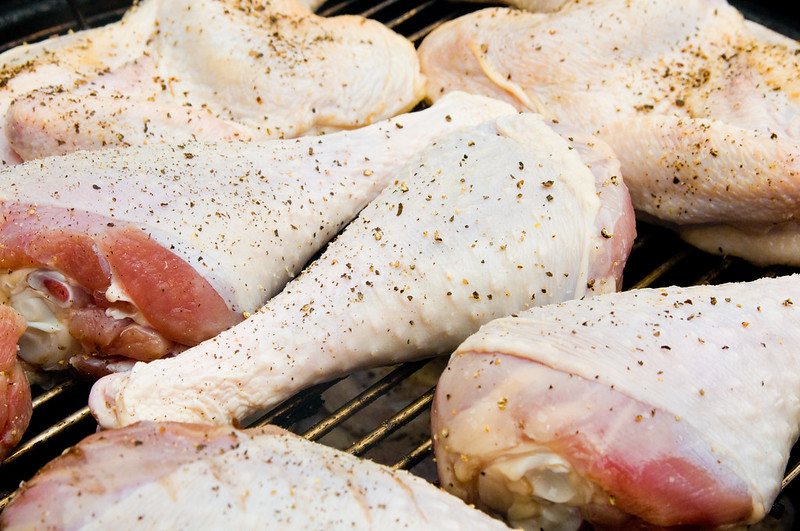 In my quest for perfect skin, I try to let the smoker run hot during the cook. While most of my barbecue is done at 225 degrees, I tried to keep the temperature at 350 for the turkey. The "low and slow" method just doesn't produce desirable skin, and makes it easier for the bird to take on too much smoke flavor. At 350 degrees, these legs took about an hour and 15 minutes to be cooked to perfection. 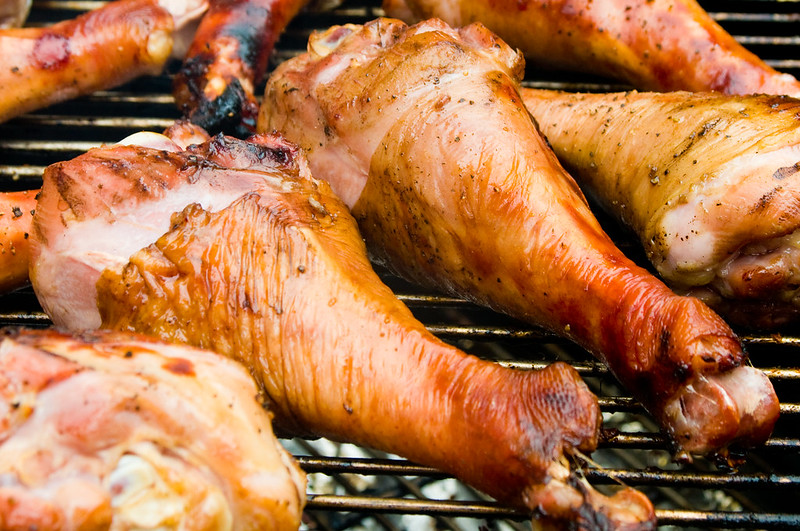 "O what beauty doth adorn thine eyes," I exclaimed at my first site of the finished legs. Well, not really, I'm not that big of a nerd. What I did see were a pile of massive, succulent looking turkey legs. The trusty brine once again produced a meat that was moist and flavorful. The skin, although not crisp as I had hoped, was at least cooked enough that it was enjoyable to eat. What I didn't remember from those faires of 'ole was the difficulty involved in eating a turkey leg. I assumed they were just gigantic chicken legs, but there seemed to be much more tendons and connective tissue in these, which posed some challenges in devouring the entire thing.

With one leg sitting nicely in my stomach, I wanted more, but not more legs, more turkey with a greater ease-of-eating factor. So even though I proclaim these turkey legs a success, I think I'll leave those memories of Renaissance Faires in the past where they belong, and look ahead, where there's more whole smoked turkeys in the not to distant future. 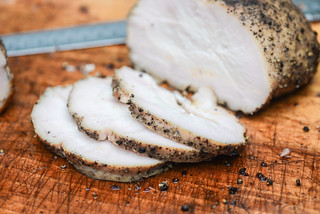 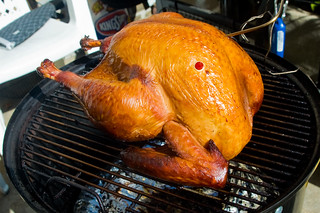