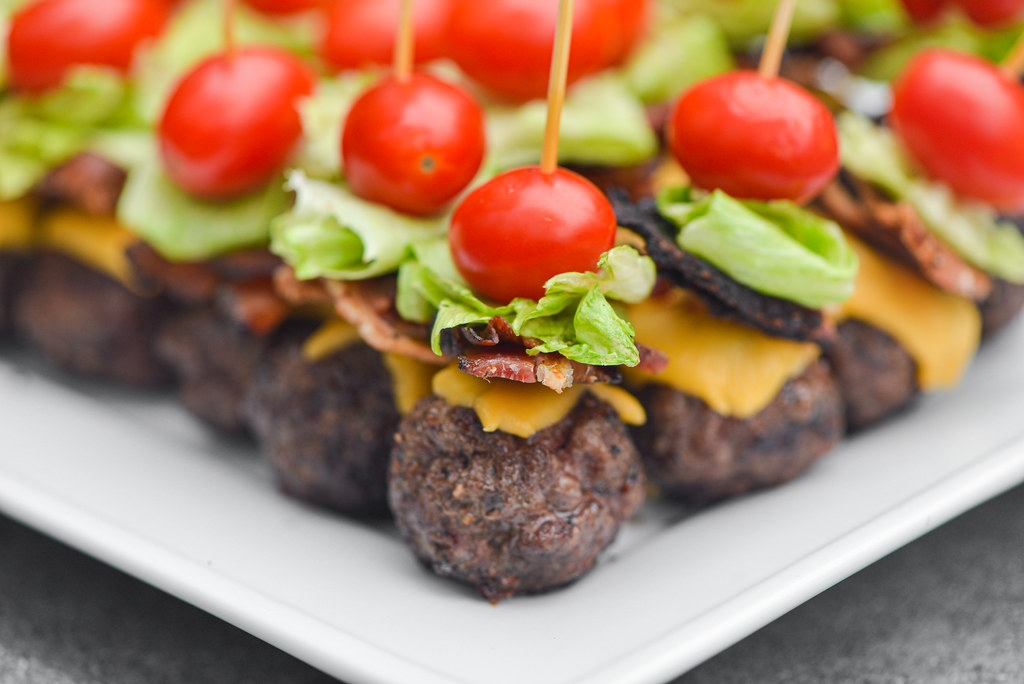 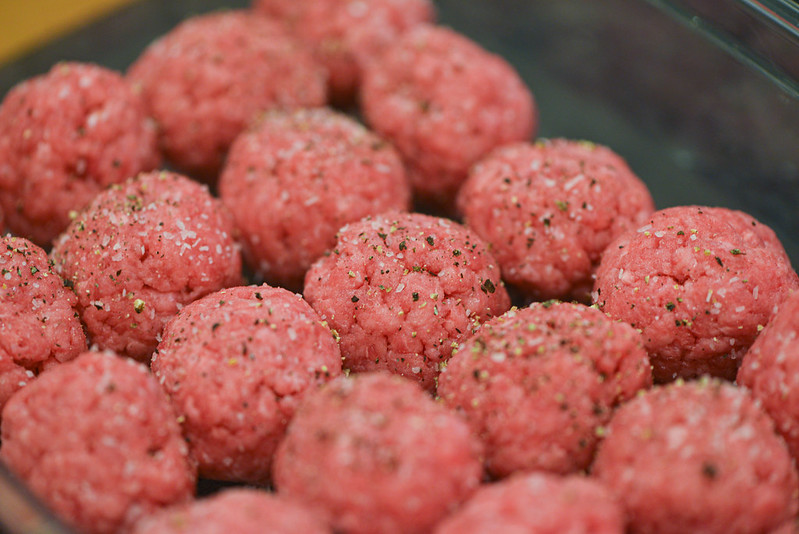 The meatball portion of this recipe couldn't have been simpler—ground chuck, salt, and pepper. I toyed with the idea of using cheese and bacon as seasonings inside the meat, but then I thought, why mess with something that already works. My everyday burgers are simply made of ground chuck that's at least 20% fat and then seasoned generously with salt and pepper, so that's exactly how I did things here, just in smaller portions. 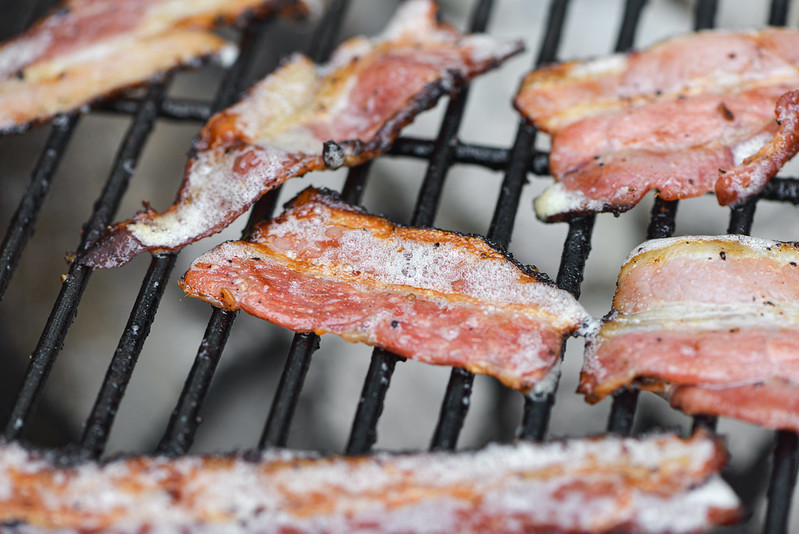 Another driving force for picking this recipe over others was the fact that I still had a couple packages of the peppered bacon I had made over the summer, and I had yet to share it with Meatwave crowd. That bacon was also really flavorful with its smoky and salty flavors paired with a spicy, peppery crust, making it a good choice for maximum impact in the small amounts used in each skewer. 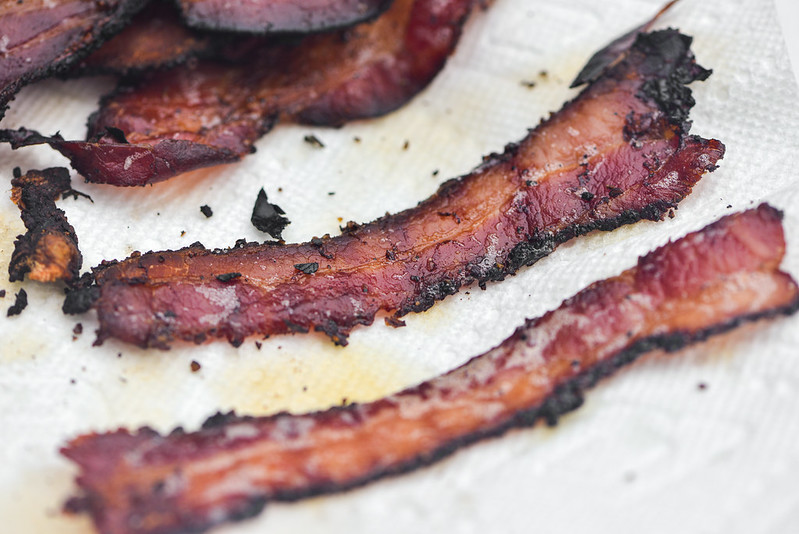 Since I was already grilling, and for production en masse, I used the grill to cook the bacon, placing it on the cool side of a two-zone fire, covering, and then letting it go until it had darkened and crisped up. As each piece of bacon was done, I transferred it to a paper-towel lined plate to let it cool and drain before breaking each strip into four to make the bite-sized pieces needed for the skewers. 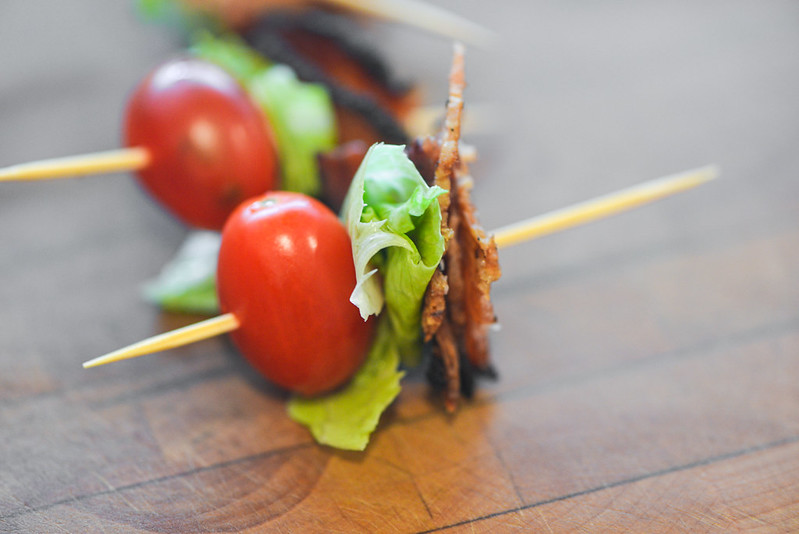 I wanted to serve the meatballs while they were at their best and hot, so before putting them on the grill, I assembled each skewer that would be needed. I luckily found these perfect sized short skewers at the grocery that were a bit longer than toothpicks, although you could make tooth picks work fine here if needed. To prep them, I threaded on a grape tomato followed by some iceberg lettuce, folding over the small shreds of leaf as needed for both size and security. I then put on two pieces of bacon and moved on to the next skewer. I worried this portion of the recipe would be a bit tedious, but it actually went pretty quick, so I stand by my initial assessment that this is a fairly fast appetizer to throw together. 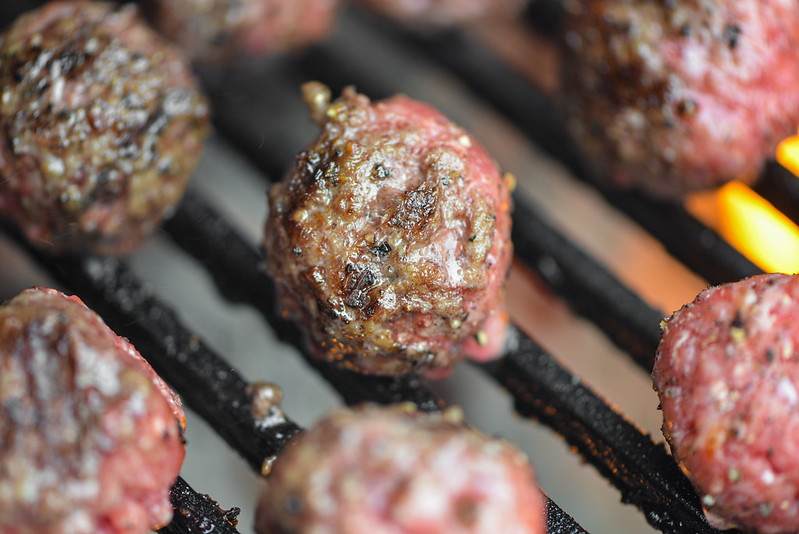 With the skewers ready for their meat, I took my balls of beef to the flames. I wanted to get a nice crusty sear all over, so I never left the grill side and continually flipped the meatballs as each side browned to my liking. As they were done, I moved them over to the cool side of the grill. 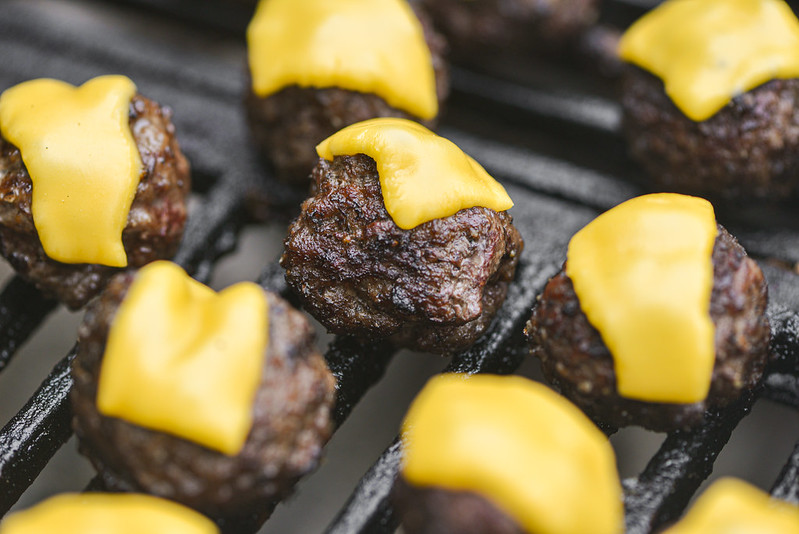 Once all the meatballs were there, I adorned each with a bit of American cheese before covering the grill and letting them roast until the cheese was melted. I then moved all the meatballs to a platter, placed a prepared skewer in each one, and served. 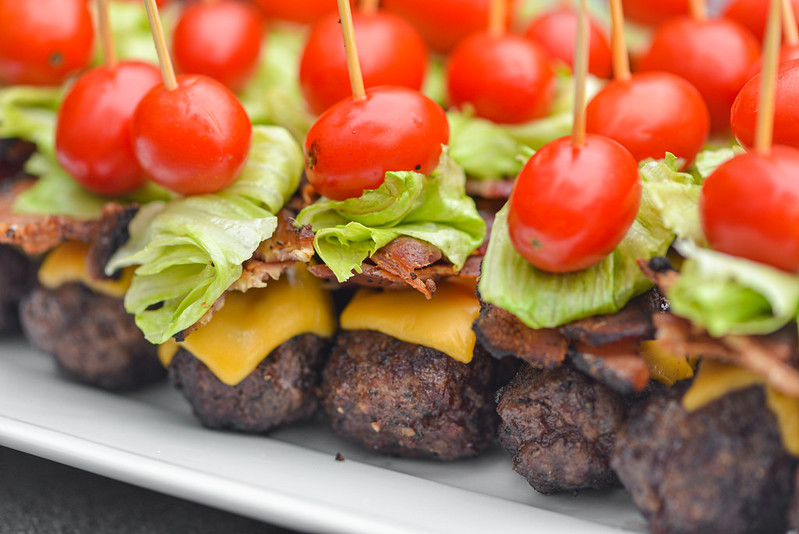 I actually got this recipe idea after seeing these meatballs in an image search for "appetizer," and my initial reaction was thinking they're totally gimmicky. After trying one though, my impression was completely changed. I thought I'd just wish I had a real hamburger on a bun, but these did end up tasting like their special thing. For one, the absence of bread made them lighter and very fitting for a day that was meant to filled with lots of small bites. The meatball form also increased the ratio of crusty exterior to juicy innards, making them more intensely flavored than a burger and giving them a different textural experience. The cheese, bacon, lettuce, and tomato certainly cemented them as burger-like, but they're definitely not burgers, and that's what ultimately changed per perspective and made me like them even more. If you don't have your New Years recipes all in line yet, these little guys are worthy of your consideration.