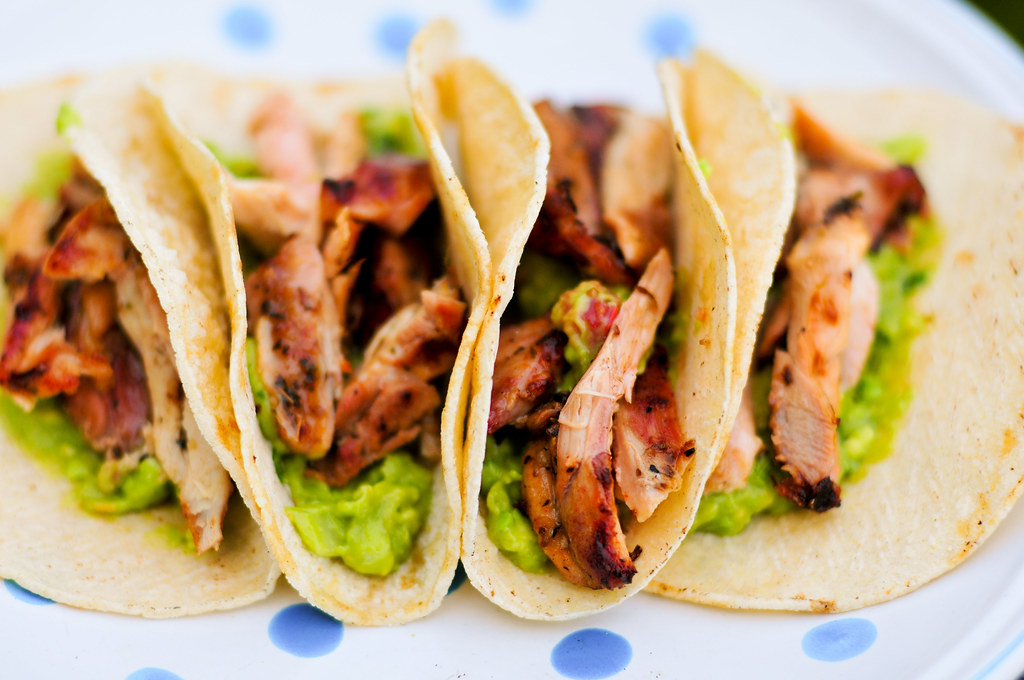 Oh joy of joys, my absolute favorite eating holiday is nigh—Cinco de Mayo. There's something about sitting around the grill, enjoy some tacos, chips and guac, and beer that I find so incredibly pleasing. Although this is quite a common practice in my house, the forthcoming holiday brings an extra sense of excitement along with it—a realization that this is not only what I love doing, it's also what I should be doing. So what could be better than that? How about combining them all into one super-mega-taco! 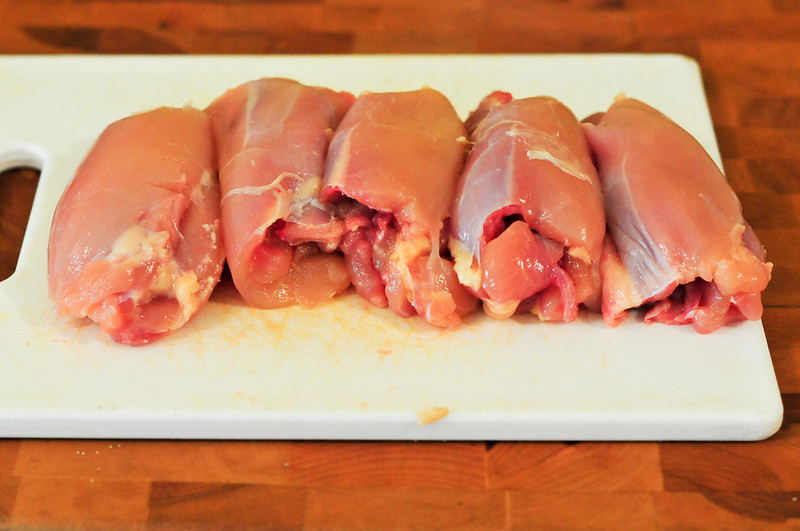 Staring with the meaty part of the equation, this recipe called for chicken as the meat of choice. When grilling boneless chicken pieces, nothing can match the thigh. Not only do I think that dark meat is far superior to white meat in tenderness and flavor, but the the thigh can also easily be boned and flattened, much like a breast. The added fat in thigh meat helps it withstand the heat it'll face come grill time. 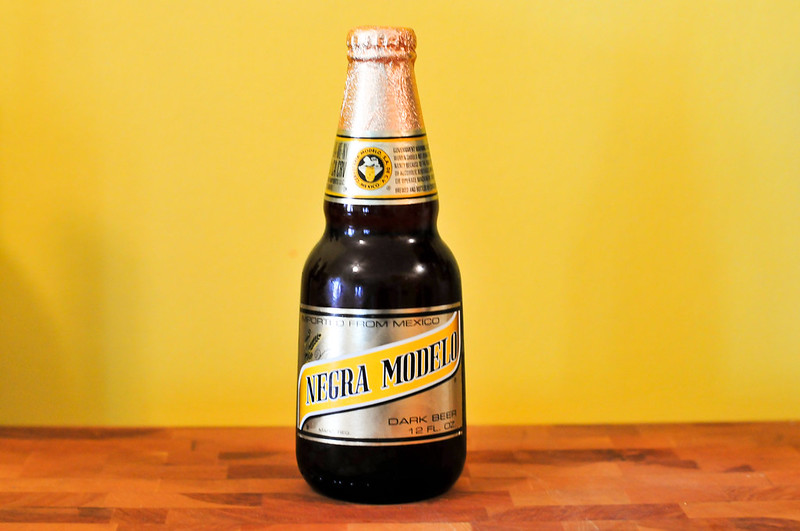 Then comes the beer. For some reason I really love Mexican beer. I don't think of them as greats withing the world of high culture beer, but it's more that they're inexpensive, and unlike their cheap America counterparts, I find them very pleasing to drink. The Modelo family is up in my tops, coming in the middle of the price range with both a decent light variety—Modelo Especial—and a might tasty dark—Negra Modelo. For a marinade, I'll almost always go for the dark, because that's where the deeper flavors lay. 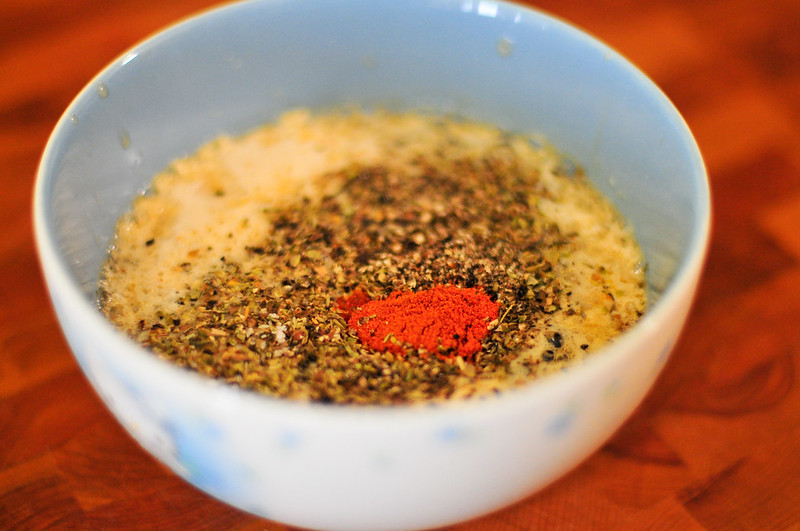 Not being a real Tex-mex marinade that I'm used to, I found the combination of ingredients really intriguing. The beer serves as the base, with a couple tablespoons of dark sesame oil added in. In the herb and spice corner there was garlic, oregano, salt, black and cayenne peppers. Not a mixture I'd probably come up with on my own, but one that felt very fitting with the flavor of the beer. 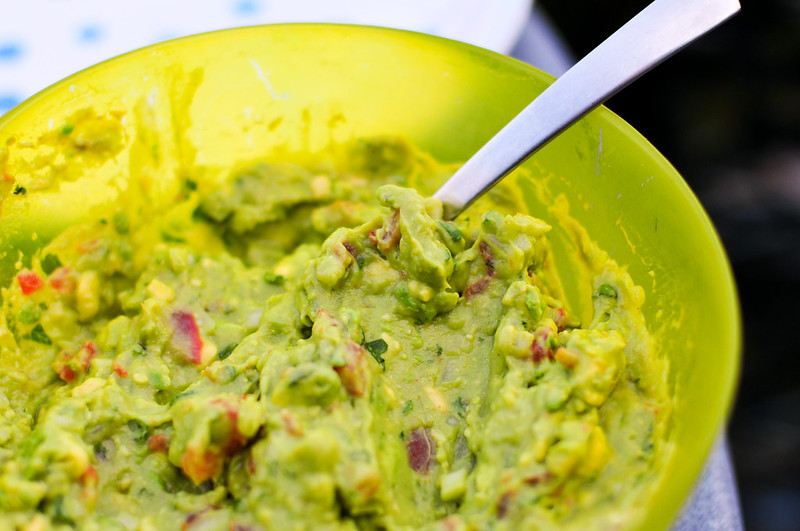 When flipping through the pages in search of a recipe, this one caught my eye mainly as a good excuse to make guacamole. Not that I ever really need an excuse to whip up a batch of this creamy dip born from the gods, but once I saw that photo of that luscious green peeking out from within a taco, I had a real "gotta have it" moment (borrowing the phrase from the insane Cold Stone vocabulary). 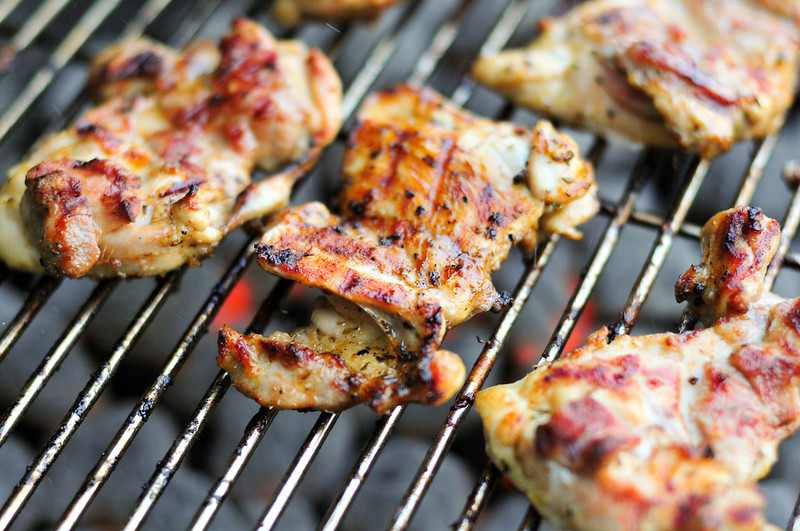 The original recipe called for a relatively short 2 to 4 hour marinade. Seeing no reason why this couldn't be pushed further, I upped that time to a sold "overnight." I couldn't image the chicken really being embedded with all the great flavor of the marinade in a couple hours, and I think my instinct was spot on when it was grilling time.

Grilling quickly over high-heat, I watched the outside of the chicken become a beautiful, crusty brown—a partial result from the thighs being well marinated. The liquid was retained and then caramelized on the grill, retaining all of the flavors that went into it. This chicken looked so good to me that I could have eaten it without constructing it into a taco, but that wouldn't get me to where I wanted to be. 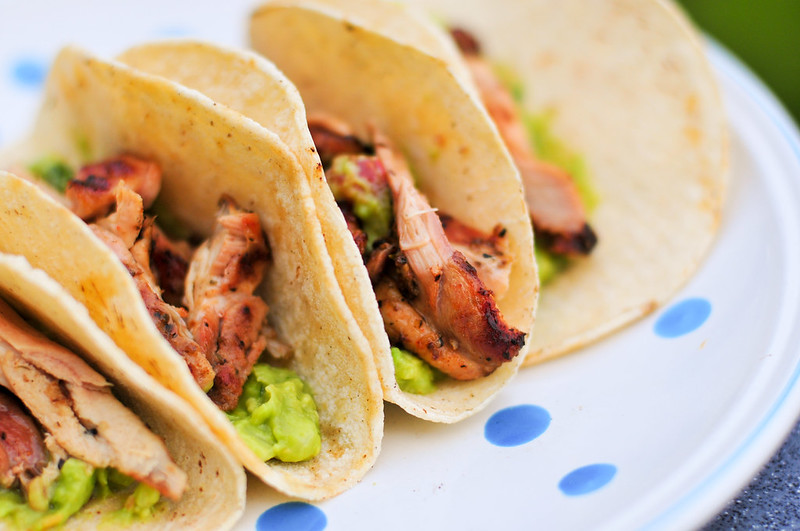 The moment of faith had finally arrived—it was time to eat my perfect day wrapped up in a corn tortilla. Verdict? Fantastic!

The crisp chicken packed a robust flavor with a hint of space, which created a very nice texture and flavor combination with the creamy guacamole. This taco was just as pleasing as my ideal Cinco de Mayo. All I had to do was grab another Negra Modelo to enjoy along with them, and I was set for a perfect evening. 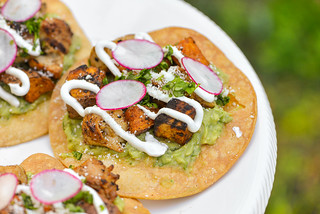 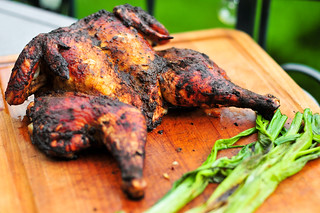