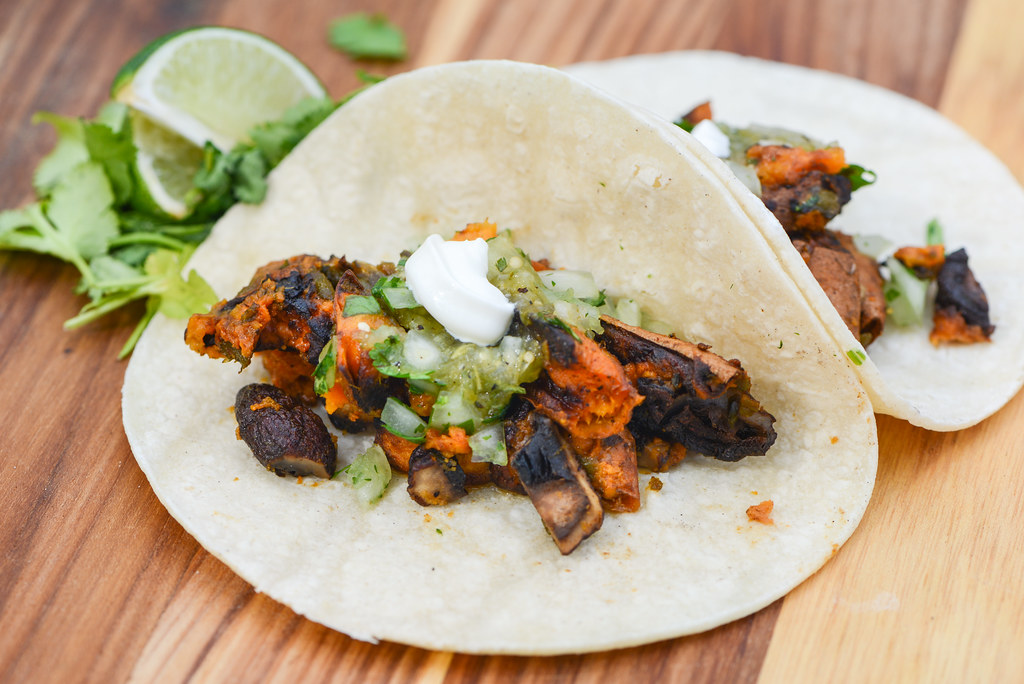 Oh fall, what a wonderful time of year for orange foods, and in my opinion, there's none better than sweet potatoes. Once the weather turns to those crisp and cool days, my desire for these sweet spuds ramps way up and I find myself grilling frying, and baking them often. My go-to preparation is to just straight up roast wedges and enjoy them with a spiced yogurt dip, but I had this idea to make them into tacos with mushrooms and poblano peppers this time around, which didn't disappoint. 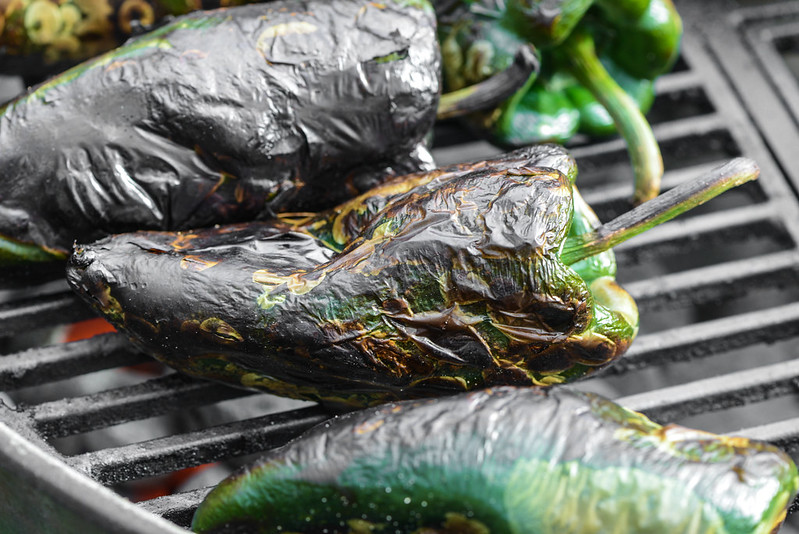 To get these tacos started, I began by roasting some poblano peppers right after I lit up a fire. The high heat outputted with freshly ignited coals meant that the peppers blackened relatively quickly, and once they were charred all over, I transferred them to a bowl, covered, and let them rest while I ventured forth with the rest of the recipe. 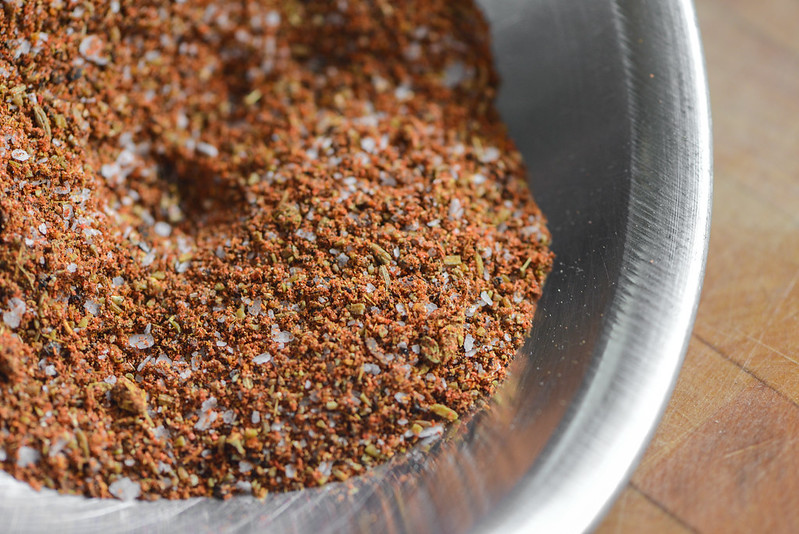 Next I made a rub to help embed some earthy chili flavor into the mushrooms and potatoes. I kept it short on ingredients, with just paprika, cumin, chili powder, salt, pepper, and cayenne being needed to create a straightforward Mexican-inspired profile. 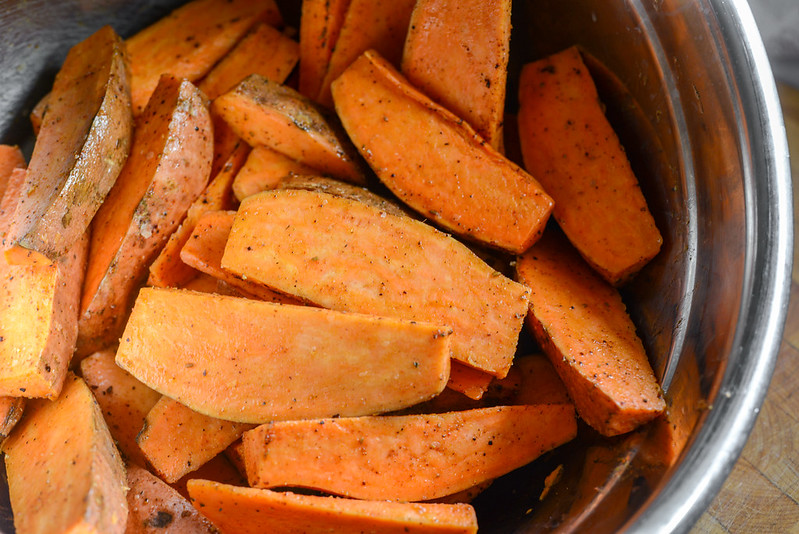 I then tossed both the mushrooms and sweet potatoes with oil and the rub to apply the seasoning. I was making a party-sized quantity of these tacos, so did this in separate batches for the two veggies, but there's no reason you can't do it all together in a normal sized preparation. 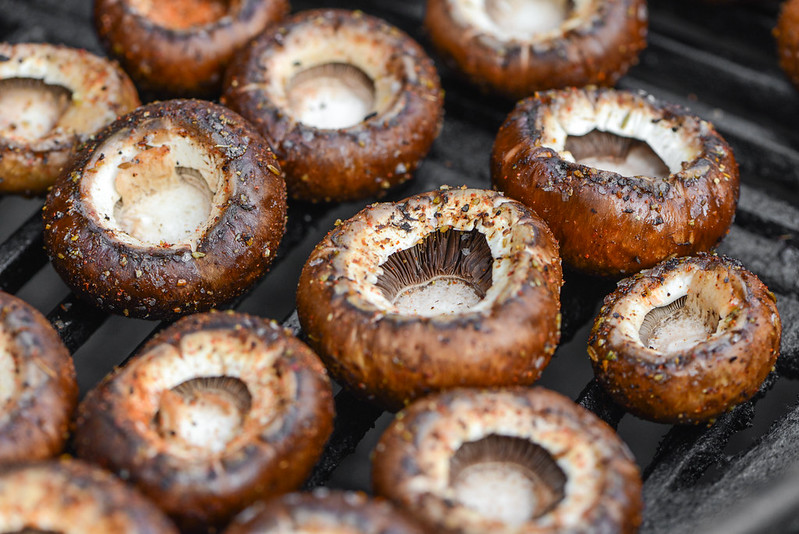 I then placed both on the cool side of a two-zone fire, covered the grill, and let them roast. I wanted the potatoes and mushroom to both be cooked until tender, which is a faster proposition for mushrooms. They lost a lot of their moisture, became lightly browned, and well softened after about 10 minutes. 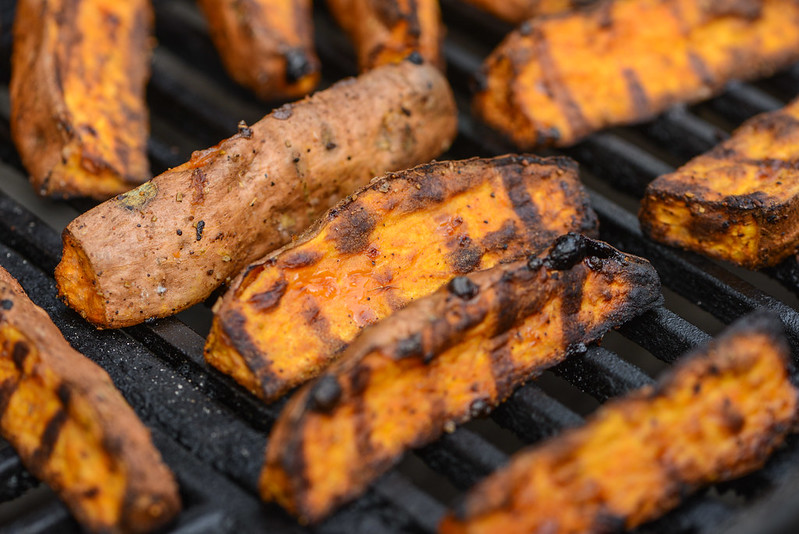 The sweet potatoes were another story, clocking in at over 30 minutes until they were in their ideal state. I've done some experimenting with ways to quicken the cooking here, but I haven't found anything that can match the great flavor and texture of sweet potatoes are roasted from their raw state. 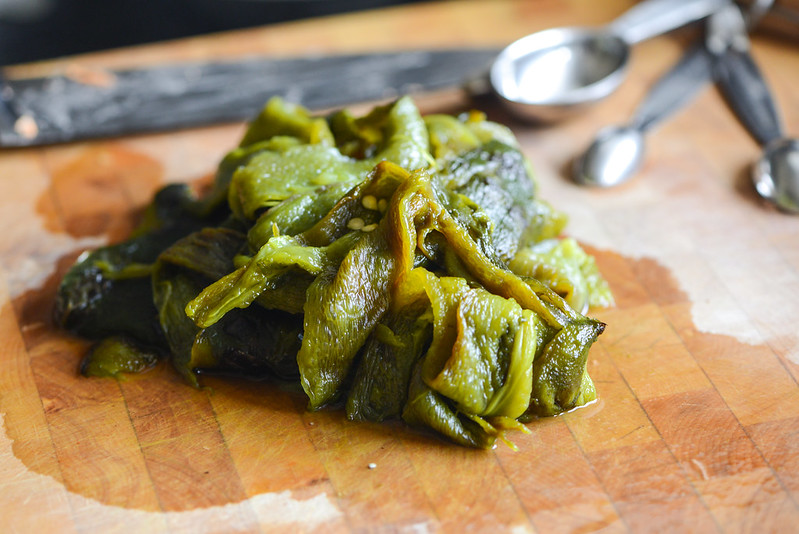 While the potatoes and mushrooms were roasting, I peeled the now cool poblanos, removed the stems, seeded them, and then cut them into a small dice. Then once the other two ingredients were finished, I sliced them into a medium dice and put everything into a large bowl. 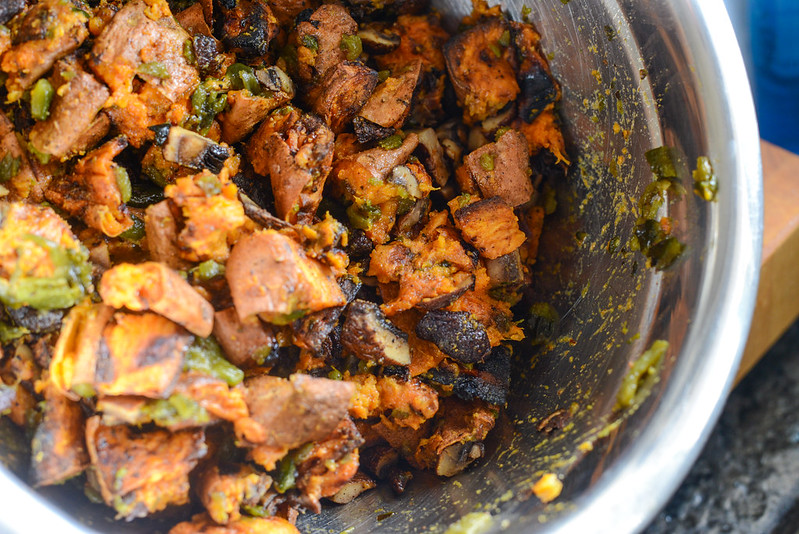 I then gently folded all of the ingredients to distribute them evenly. Since the spuds were so soft, I was trying hard not to turn them into mush here. While I mostly succeeded, there was some breakage which made this not the prettiest of taco fillings, but it tasted all the same. 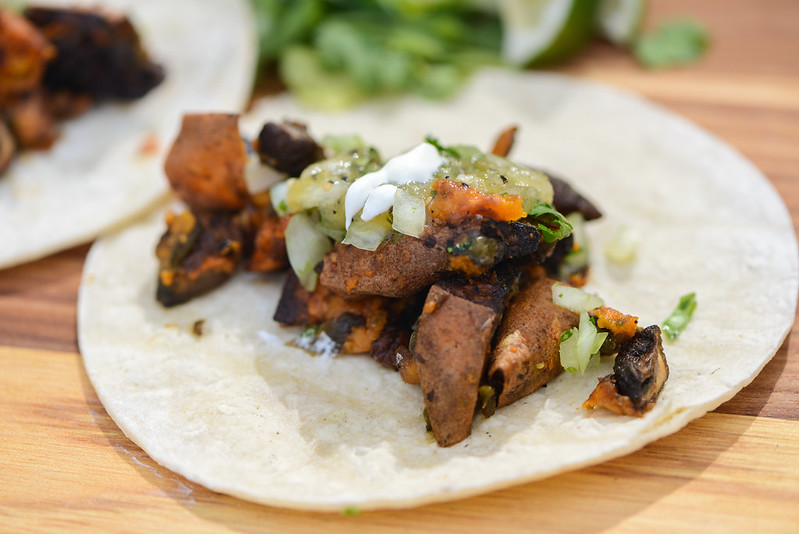 And that flavor totally rocked. The potato's wonderful sweetness got a nice contrast from the earthy and woodsy mushrooms and a boost from the fruity and slightly spicy poblanos. I finished the tacos off with onions, cilantro, and salsa verde which, altogether, added a nice crunch, touch of freshness, and a tartness that made these a truly excellent mix of flavors that was both complex and harmonious. I t was a great way to get in an initial sweet potato fix of the season in way I've never done before.