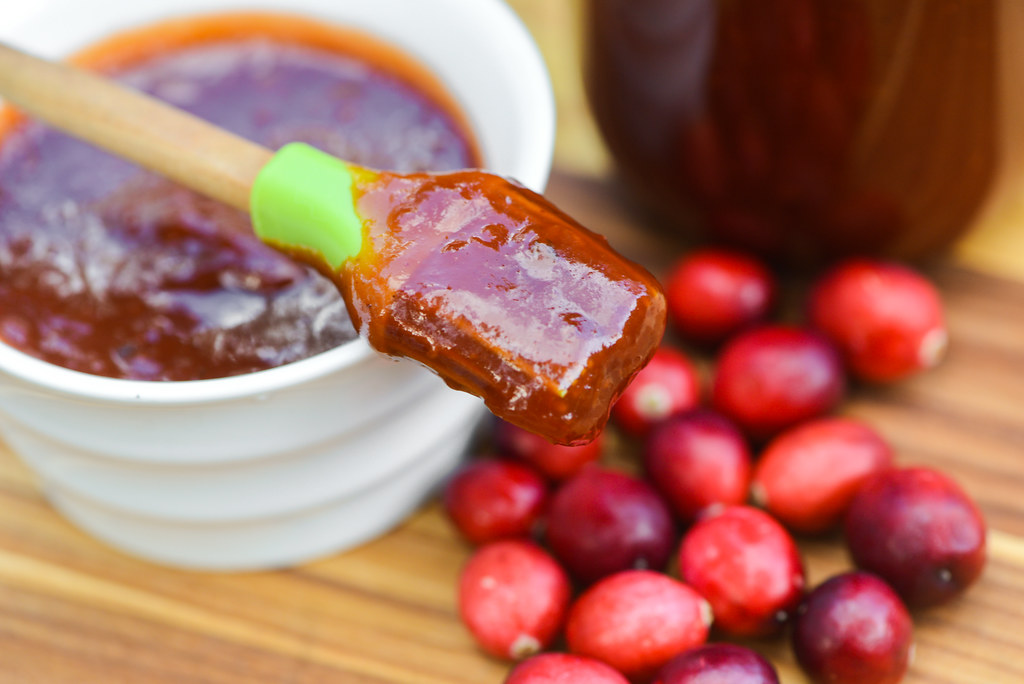 Thanksgiving time is upon us, and I'm in the process of plotting out my menu, making recipe swaps and adjustments to ensure this year is an improvement over the last. As I was working through this, I realized one recipe that has held strong and seen no changes over the years was my cranberry sauce—if you're not making your own, your missing out on how just a few ingredients and about 10 minutes of effort is a huge improvement over store bought. This got me thinking about what I could do different with cranberry sauce, and while I'll likely always opt for my tried and true recipe, the slight off topic thought of a cranberry barbecue sauce entered my mind and I just had to act on it. 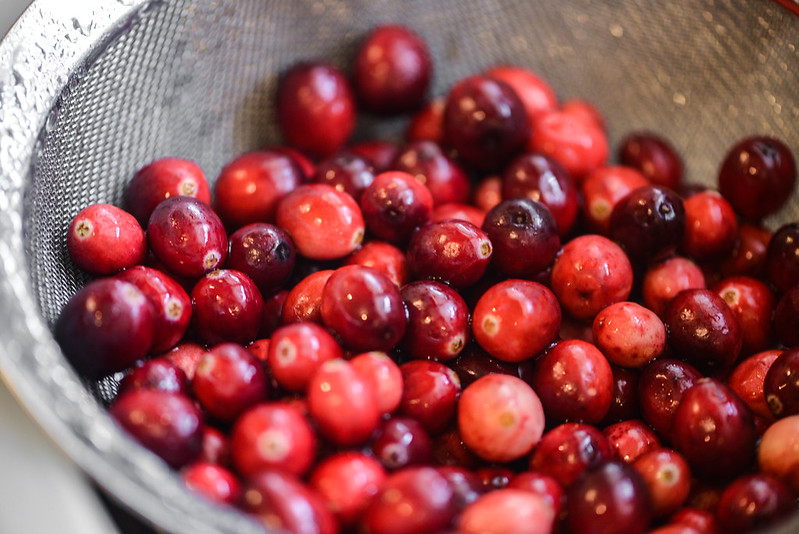 I more or less built this recipe off my my base cranberry sauce, which starts with fresh cranberries. This time of year that's an easy prospect as produce shelves are lined with them, but once we're out of Thanksgiving season, frozen cranberries will work just as well. 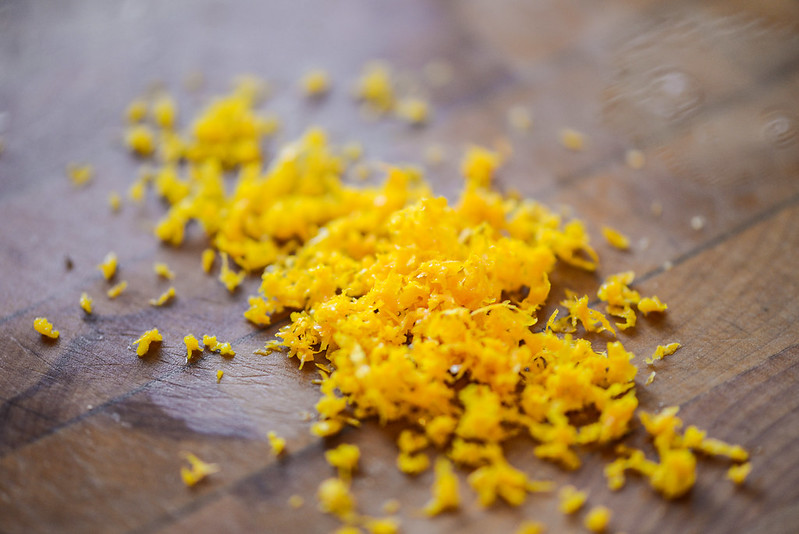 My cranberry sauce recipe is basically just cranberries, orange juice, orange zest, and sugar. It's simple, but the balance between sweet and tart is just right, and orange seems to be the perfect bright citrus accompaniment to cranberries, so I kept that component in. 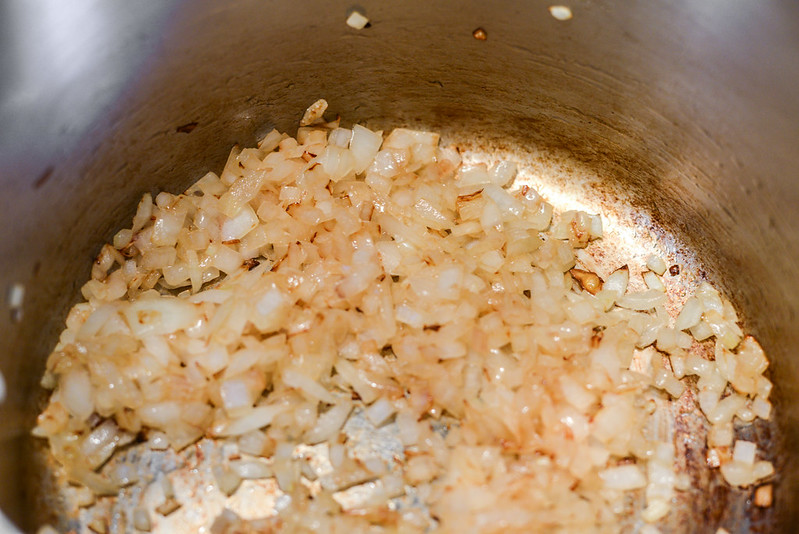 Before getting to the cranberries though, I began with a barbecue sauce norm for me—sautéing onions. I like a background onion flavor in barbecue sauce, it's a bit of complexity that's hard to point out is there, but would be missed if absent. Onion powder is often a go-to to accomplish this, but I find that flavor a bit too harsh and artificial. Softening and browning real onions though adds a unique sweetness to barbecue sauces that I think works really well on the whole. 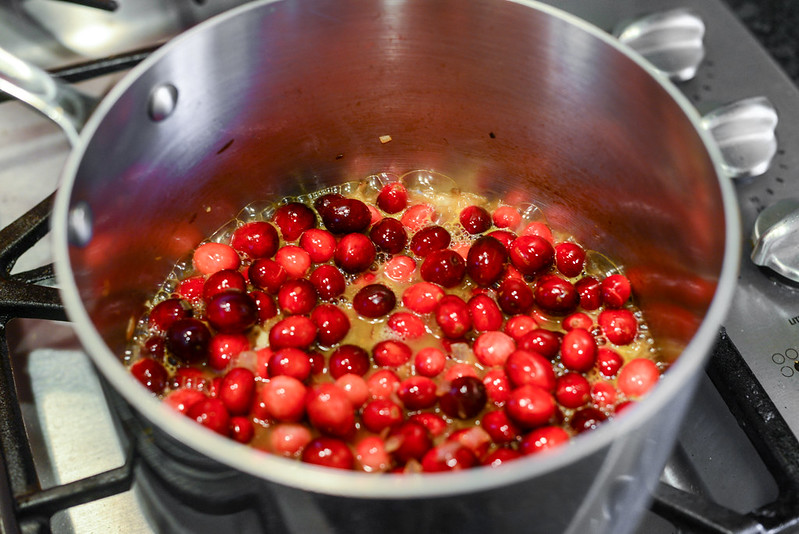 After browning the onions, I added in the cranberries, orange juice , orange zest, and sugar. I did swap in brown sugar for the white sugar to bring in that molasses flavor that's ubiquitous in barbecue sauces. Once the liquid started boiling and the cranberries simmered for a bit, they began to pop. 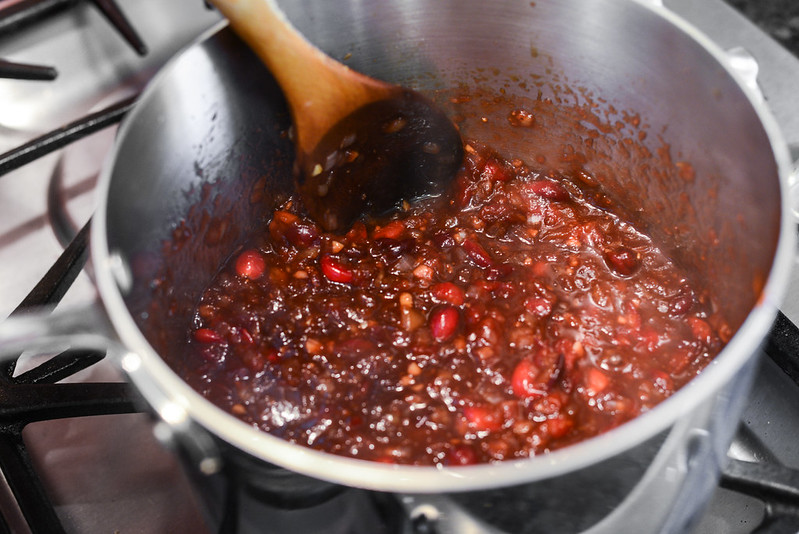 I then used the back of my spoon to smash the now softened berries against the side of the pot, releasing their innards which are high in pectin, the substance that thickens the liquid and gives it a jam-like consistancy. In my normal cranberry sauce recipe, a rest after all the berries are smashed is the last step, but since I was building a barbecue sauce, I began adding in the long list of ingredients to build both a complex and harmonious end product. 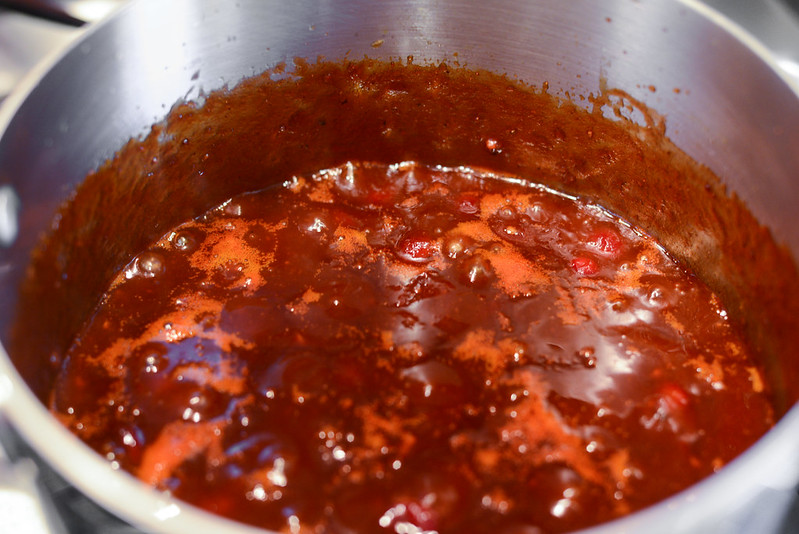 Since the cranberries were already tart, I used a mix of the less acidic rice vinegar and apple cider vinegar for tang. Next, ketchup added to the already fruity based while a little extra molasses went in for good measure. Then the complexity was upped by way of Worcestershire sauce and mustard, and a healthy amount of spice and heat were built by way of a barbecue rub, red pepper flakes, and cayenne. All of this simmered for about 15 minutes until it was slightly thickened. 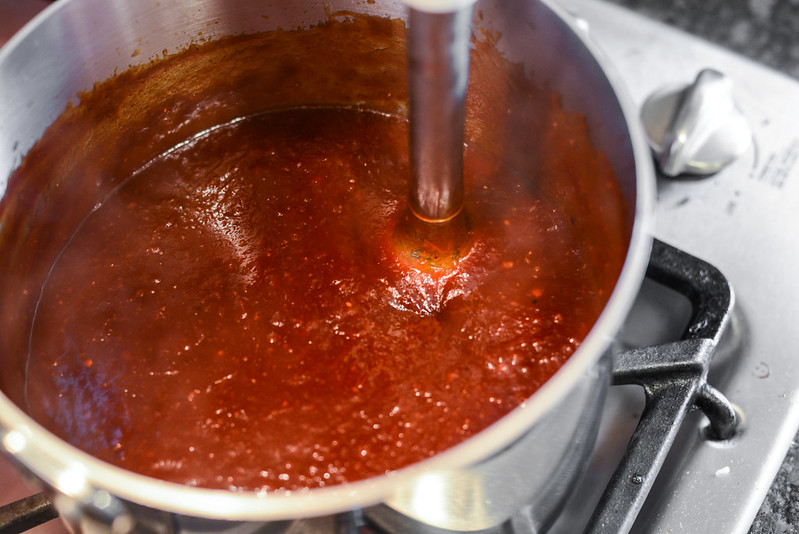 I could have left the sauce as is at this point, but I like smoothing it out and incorporating the onions by blending everything together. The immersion blender makes quick and easy work of this, but a regular blender is just as good if you don't a have an immersion—it's just a little more clean-up in the end. 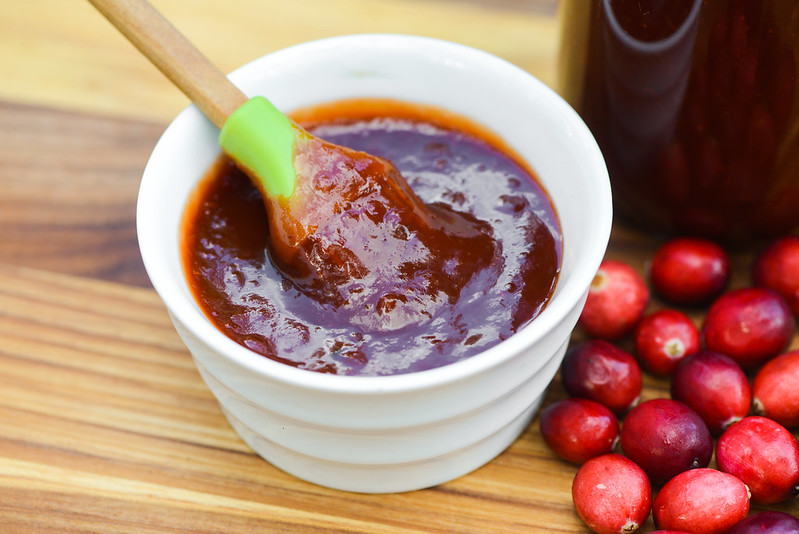 My end sauce tasted fully realized, with the layers upon layers of flavors you'd expect from a great barbecue sauce. It started off with a balance sweet and tart profile that had a distinct cranberry flavor with a background molasses adding to the initial complexity. Then some nice pungency came into play with the mustard and increased vinegar tang which got a mellow spice boost that brought a mild heat to the party, rounding out the entire experience. So now that I had a pretty good sauce on my hands, it was time to put it to use, and what better use for a cranberry sauce could there be than smoked turkey! But that's a story for next week... 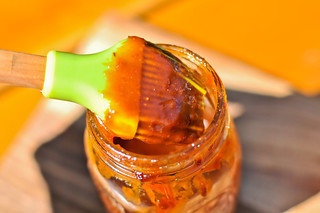 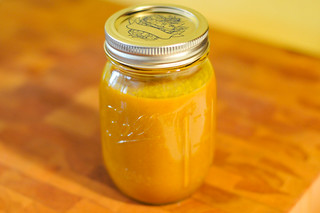 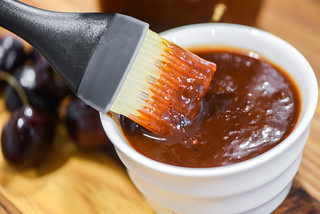