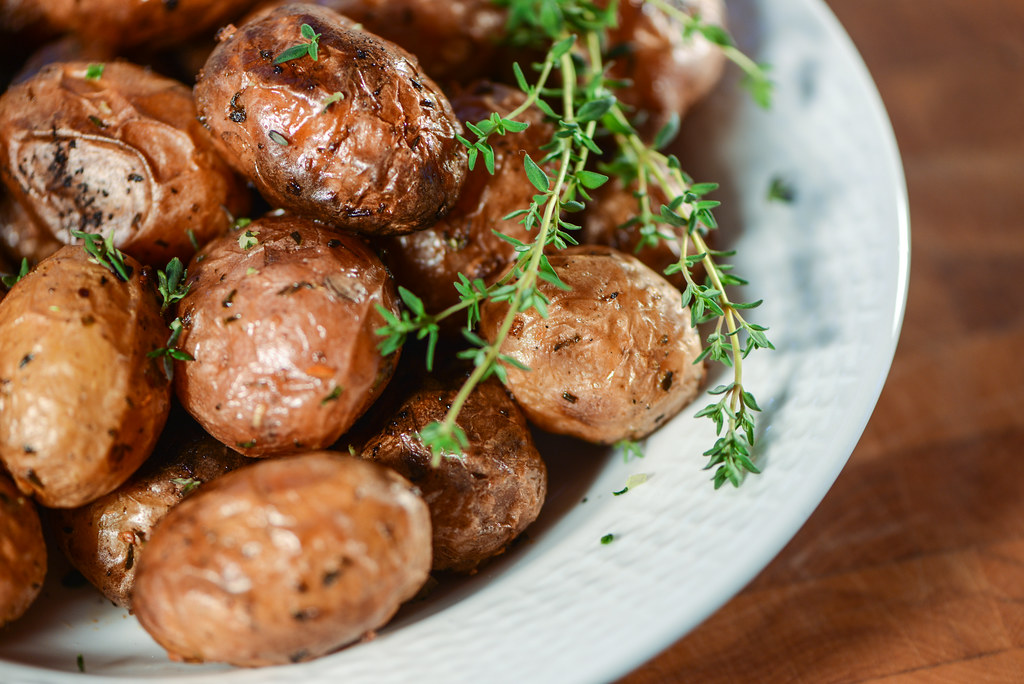 I'm a visual person, so it takes a photo to really draw me into a recipe—it's rare for me to be compelled by a book or article lacking an accompanying glamour shot of the finished dish. It's an image that usually sticks in my brain, and while this recipe on Serious Eats of crispy roasted new potatoes was posted a couple years ago, the intoxicating photo of intensely wrinkled little potatoes never left my mind after I first saw it. So it might have taken me a while to finally get to cooking it, but without that photo, I likely would have never tried this excellent method for making potatoes. 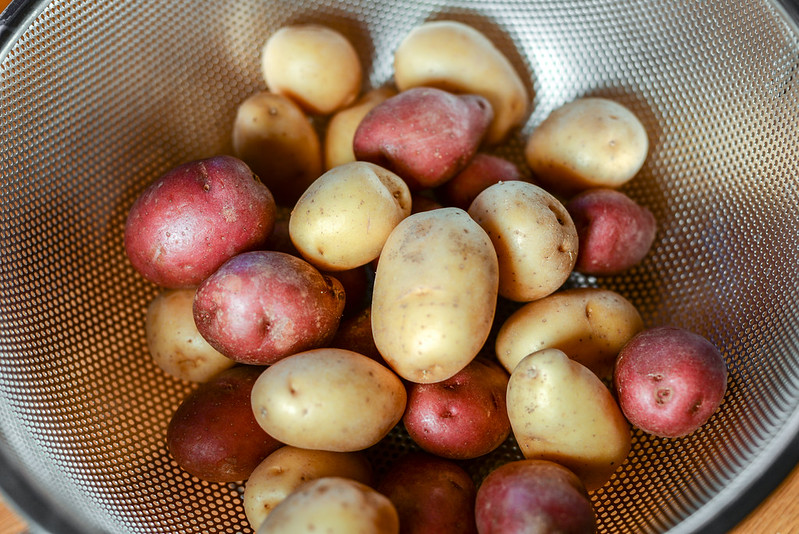 While it was the photo that drew me in initially, the procedure was the hook—I have never cooked anything quite in this manner before. It all started in pretty standard form—I picked up a couple pounds of mixed new potatoes and gave them a rinse and scrub. 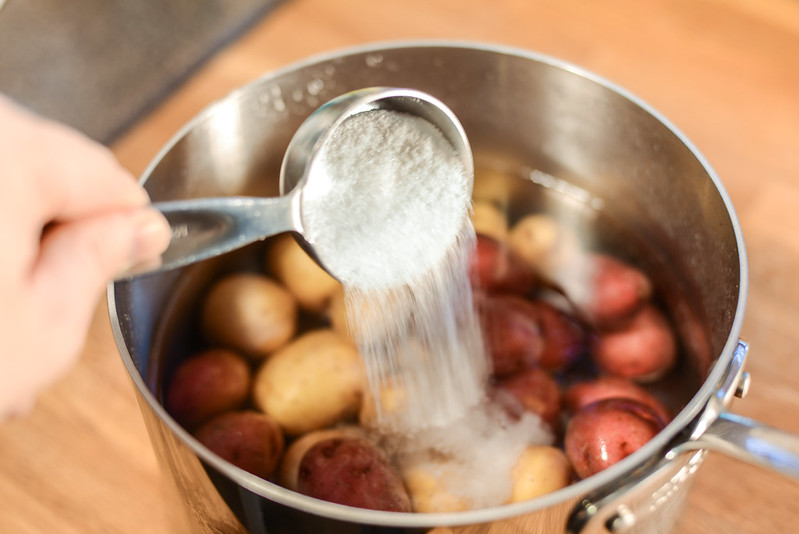 Then I placed them in a saucepan and covered them with water. At this point I'd usually add about a tablespoon of kosher salt to season the spuds during their boil, but this recipe calls for going in with an entire quarter cup of salt. 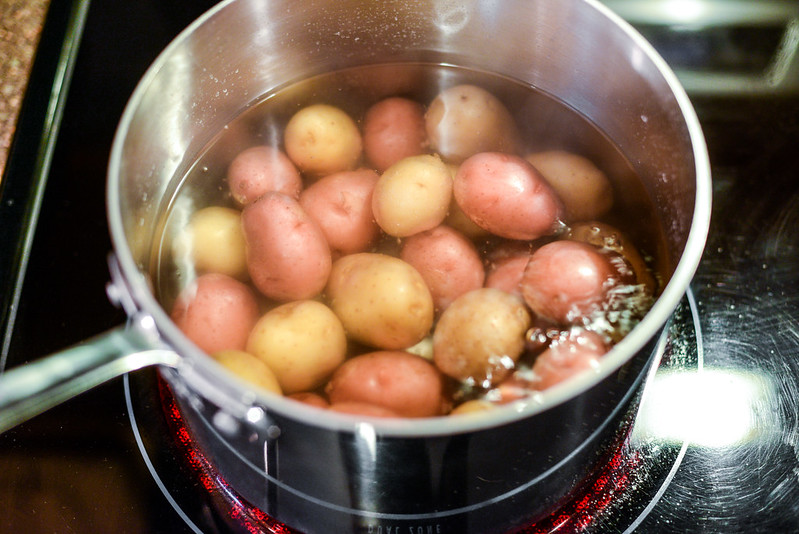 Then the potatoes weren't just boiled until done, a process that usually takes about 20 minutes, but cooked until all water had evaporated entirely. 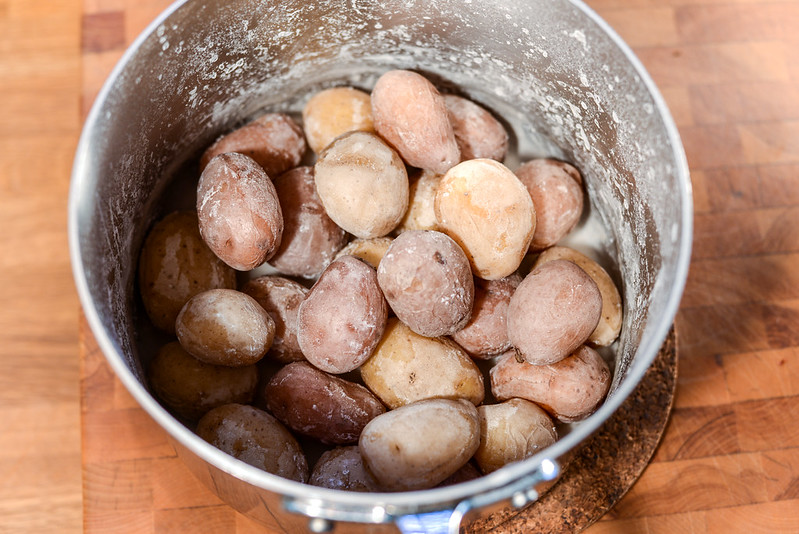 This took slightly longer for me than the 45 minutes estimated in the recipe, but when done, I was left with potatoes that had a thin salt layer covering their skins. If you're a salt lover, you can leave the potatoes as is and roast them right away, but anything too salty turns me away, so I went the safer route and rinsed off the excess salt before proceeding with the roast. 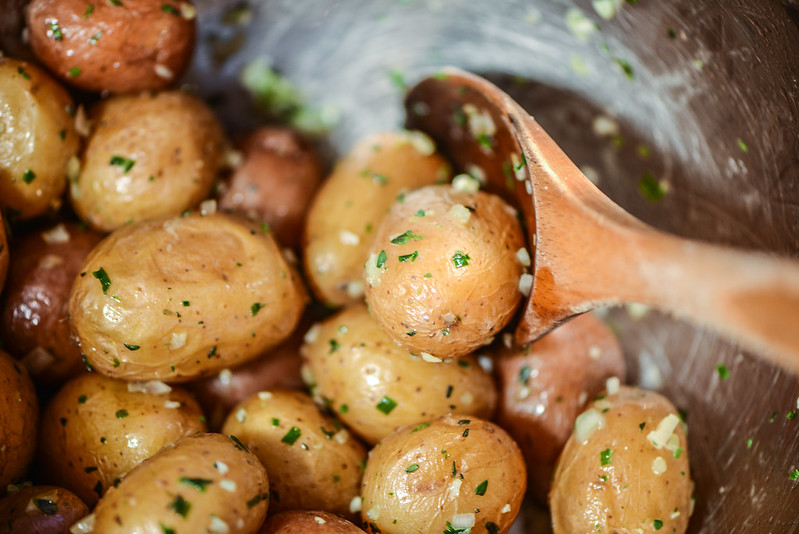 Before I moved the potatoes to the grill, I gave them a toss in a herb butter. I used what I had on hand in the house—chives, thyme, garlic, and shallots—to make this, but you can mix it up with your herbs/flavorings of choice. 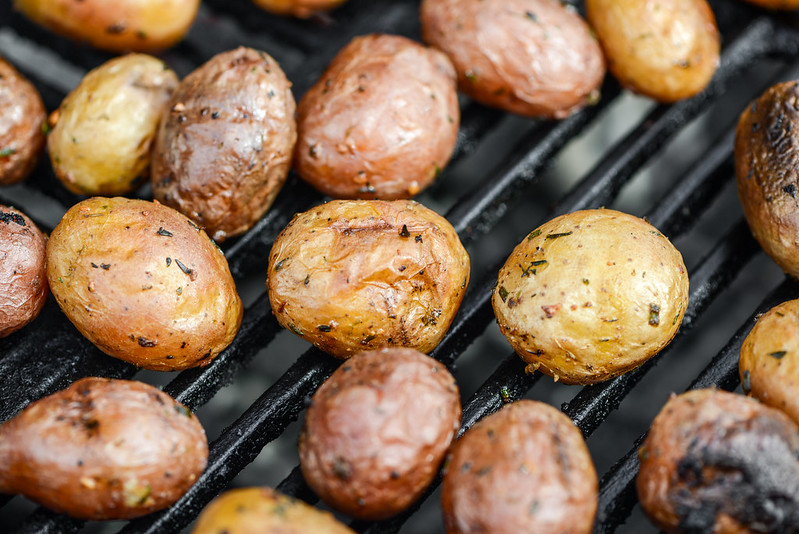 Then on the grill my goal was to cook them long enough to match that thin, wrinkly, and crisp appearance of the delicate new potato skins in that inspirational photos. I got this after about 20 minutes of cooking over an indirect fire with high heat, at which point I transferred the potatoes back the bowl and tossed with additional herb butter prior to serving. 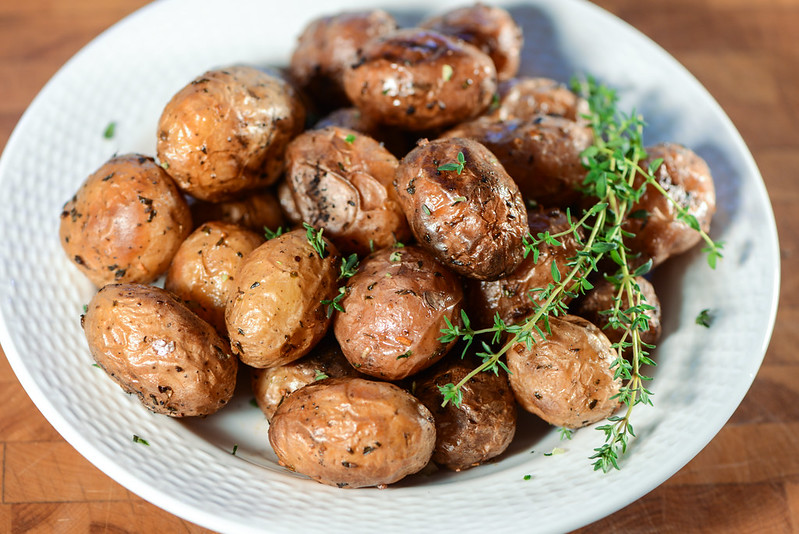 The problem with going by photos is sometimes looks can be deceiving, and there was a little of that going on here. I was expecting a nice, hearty crunch to the skins, but the crispiness was more delicate and understated than that. The salt method also left the very outer layer of the flesh of the potato slightly dense and chewy, rather than soft and fluffy, which was a new texture for me. Despite some mismatch between perception and results, these potatoes did not lack for flavor at all. The salt boil left them well seasoned from edge to edge, while the herb butter imparted a fresher note and richness. They're definitely worth giving a try, and while I'm sure you'll be pleased with the results, if nothing else, you'll get the type of picture perfect potato that made this recipe memorable for years for me.