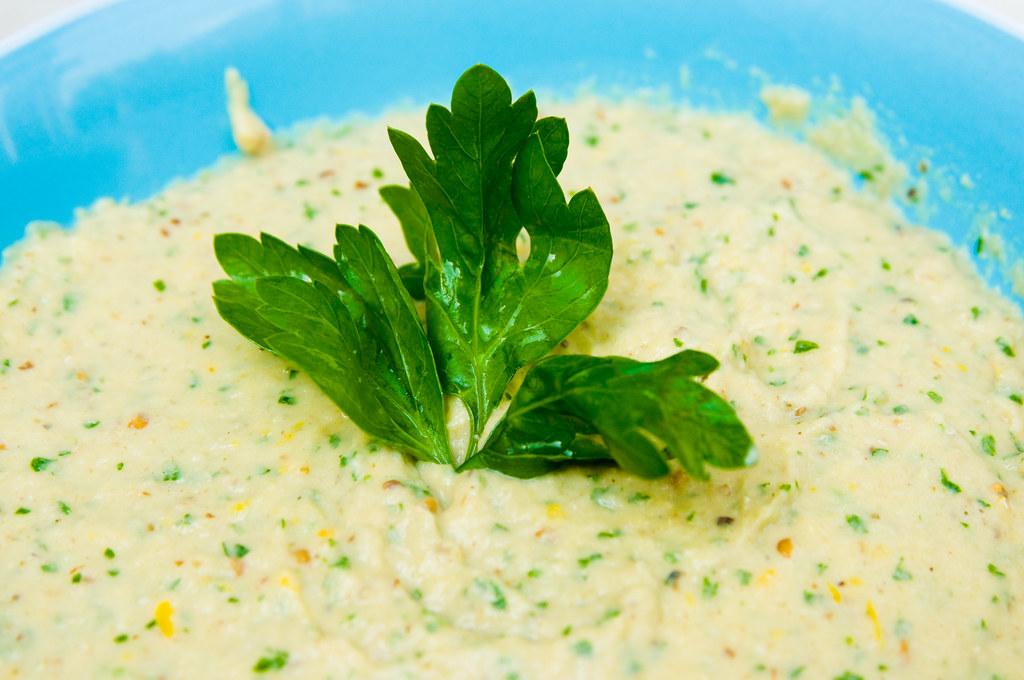 For all the work I put into my meat creations, I have very little to show in terms of sides. It seems week after week I pour all of my attention and energy into outdoing myself with a main course, but I'm very bad at rounding out the meal with a nice accompaniment, usually just throwing some corn or veggies on the grill. I feel like this is such a cop-out and I'm not doing justice to my meal, my guests, or myself. It's about time I devote more time to creating a well rounded meal (not in the health-wise sense), and I started this personal quest with a bowl of Baba Ghannouj. 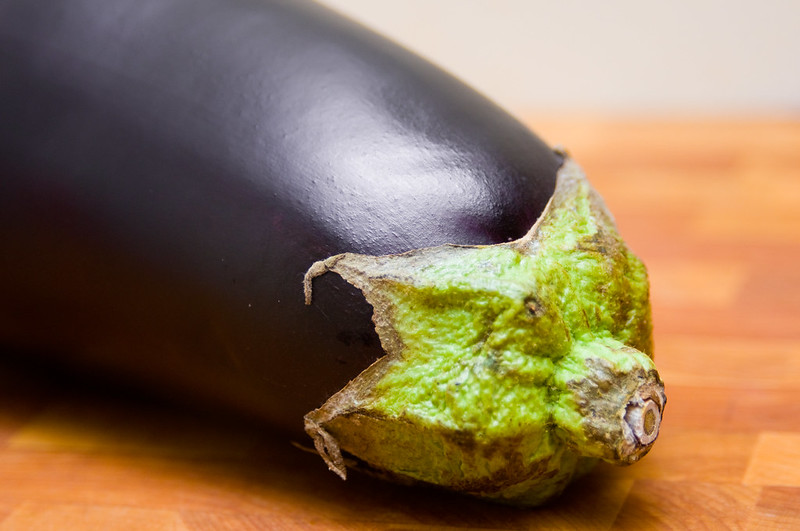 After two weeks of Meatwavers making guacamole, and every last bite being devoured, I caught on to the trend that dips rule. So I started on this journey with an idea to make a dip that must be grilled. Along the road in search for a recipe were a tempting roasted red pepper dip, a grilled corn salsa, but one called out above the rest, beckoning to made, the smoky grilled eggplant that forms a great baba ghannouj. 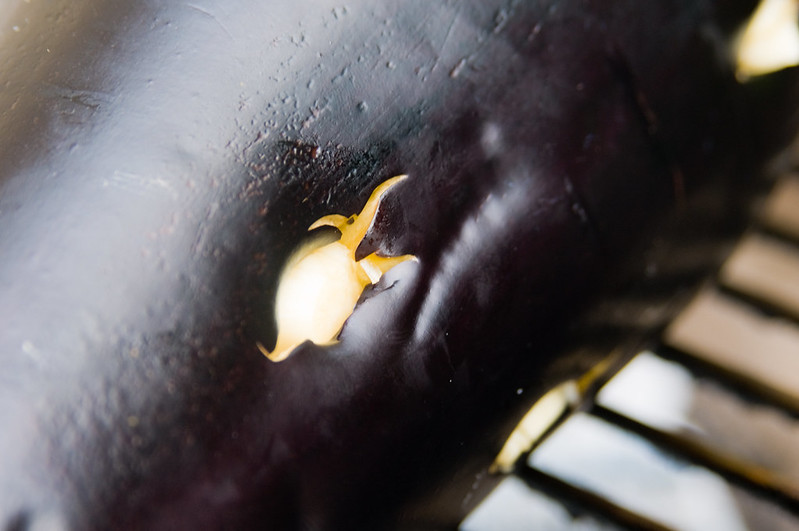 The main attraction to this recipe was its seemingly simpleness. The majority of the work revolved around cutting slits into the eggplant, and then stuffing garlic wedges into them. After that I could pretty much set it in a covered grill and let it go for 30 minutes, until charred on the outside, and soft on the inside. Of course nothing is ever as easy as it sounds. 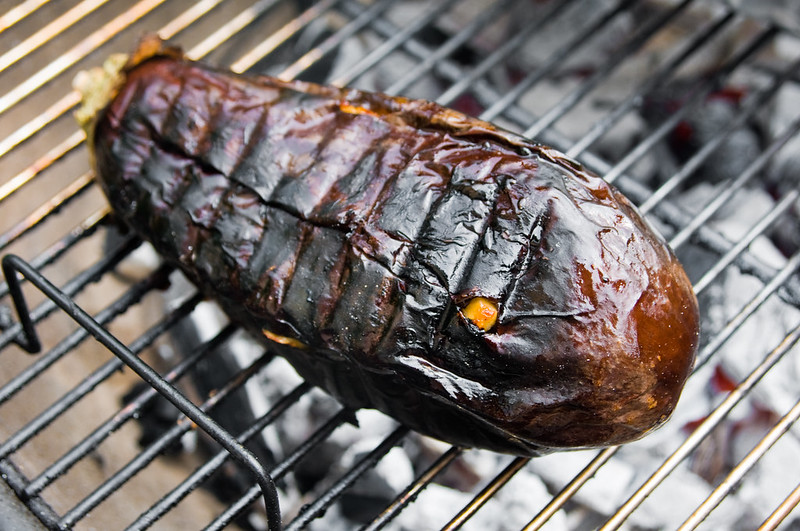 After 20 mins on the grill my eggplant was neither charred, nor soft, and realized I needed more heat to get the sucker done. After adding more coals, it grilled up perfectly in another 20 mins, but by then the Meatwavers had all arrived and I once again turned my back on the side. 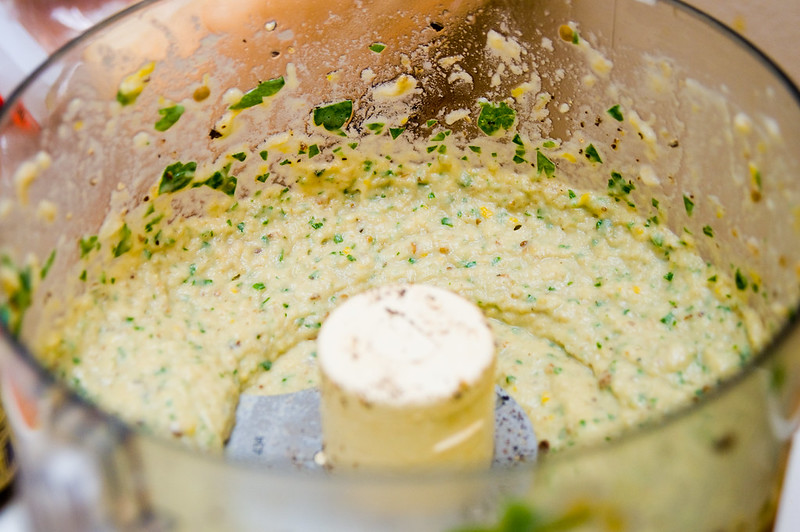 The roasted eggplant must have sat for an hour until I finally realized the folly I was making and refocused on the task at hand. At that point I peeled away the hard, charred exterior to reveal a brown creamy inside that perfumed the kitchen wonderfully with the aroma of roasted garlic. After a drain in a colander, I moved the eggplant and the rest of the ingredients into a food processor, combined, and out came a beautiful dip ready for consumption. 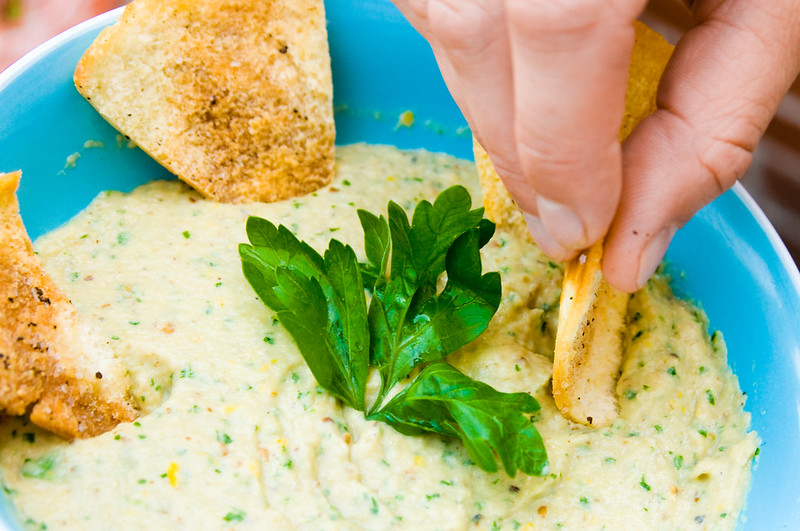 In my never ending attempt to improve and add flavor to recipes, I foolishly added the zest of one lemon along with the lemon juice before tasting the dip first. This ended up stealing the spotlight of the eggplant, a mistake I won't make again. That doesn't mean the dip wasn't good. It had a creaminess I enjoyed very much that was both tart and smoky, and it got even better the next day after a sit in the fridge overnight, but it just wasn't the exact baba ghannouj I was expecting. This just goes to prove that I still have a long way to go on giving sides the attention they deserve, and I plan on keeping at it until I've done them justice.

Adapted from Alton Brown and How to Grill by Steven Raichlen