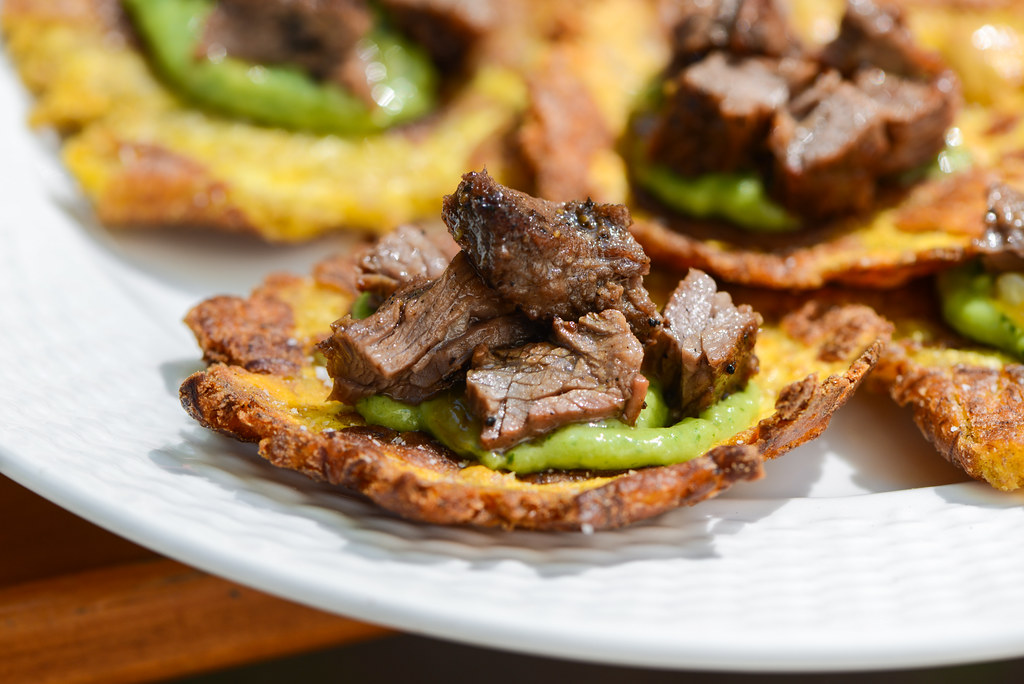 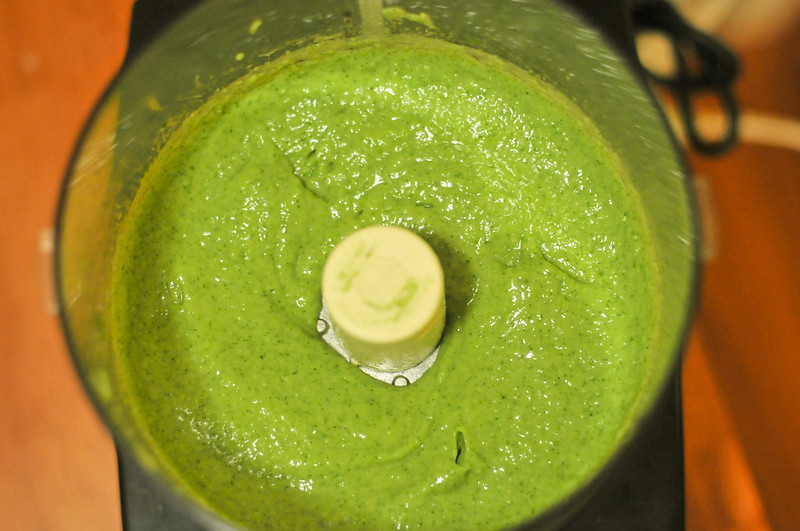 In of itself, this is not really a new recipe—it's a combination of a bunch of different items I've developed in the past, brought together in a new way. It started with the making of guasacaca, a Venezuelan avocado salsa that I was already planning on putting together to serve with arepas. 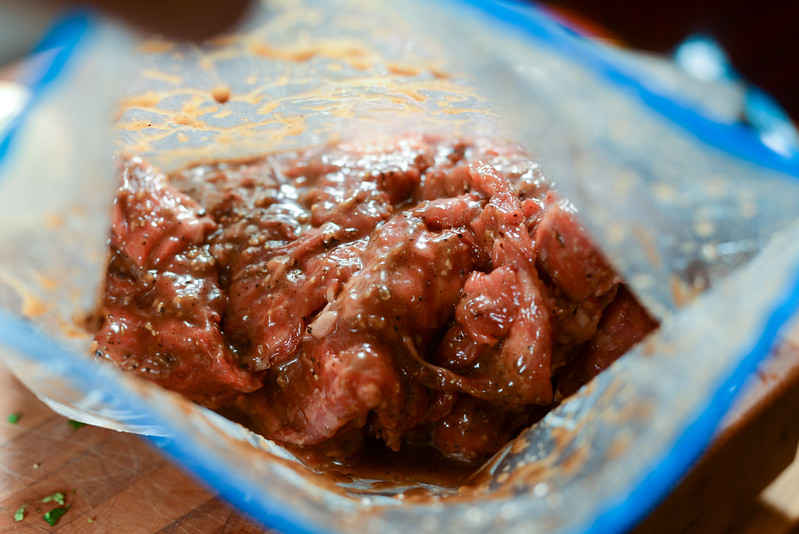 I also had skirt steak pepitos—Venezuelan sandwiches—on the menu for that day, and figured I could use the same steak I making for that for these tostones. The steak utilized a marinade that was heavy on the Worcestershire and also brought in oil, garlic, cumin, and sugar for an overall earthy, salty, and slightly sweet flavor. 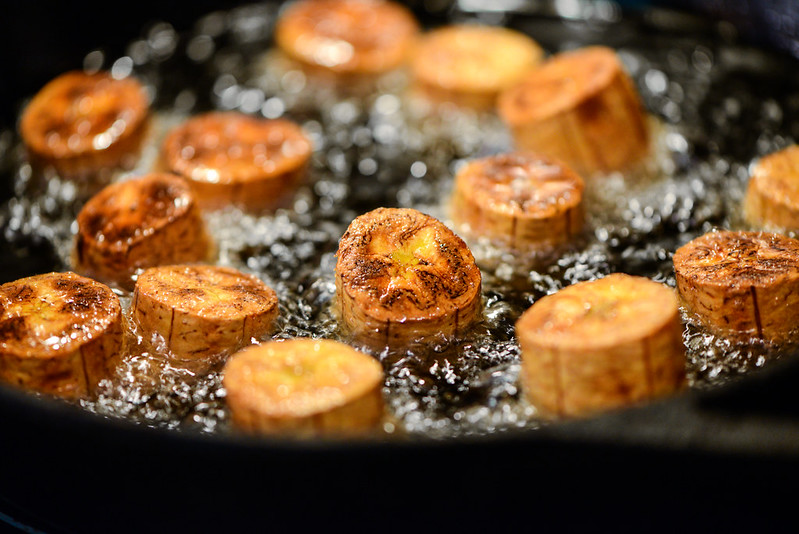 Tostones themselves are also territory I've covered in detail before, so I was well accustomed to making them by this point. They started with green plantains that I peeled and then sliced into two-inch sections. I then fried those plantains pieces until each side was lightly browned. 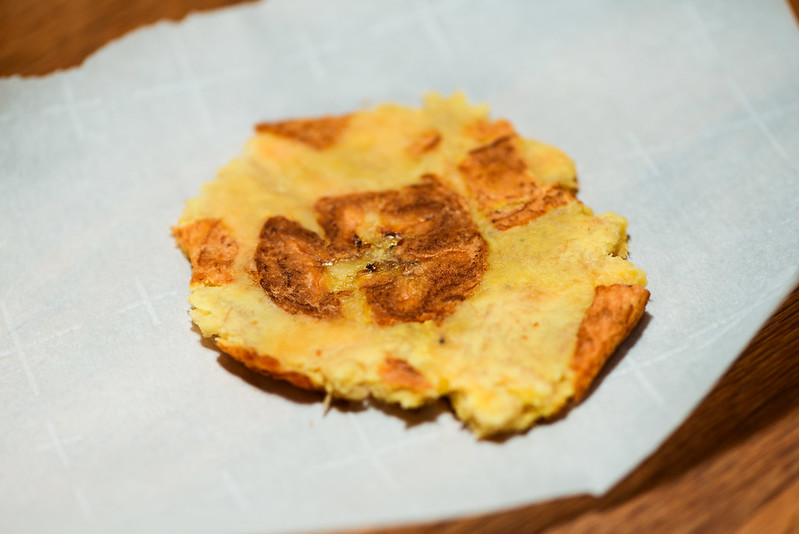 Next I smashed them down between two pieces of parchments paper into 1/4-inch high discs. The next step would be fry them again, but I held off on that until the steak was cooked and resting to ensure my tostones would be hot a fresh for serving. 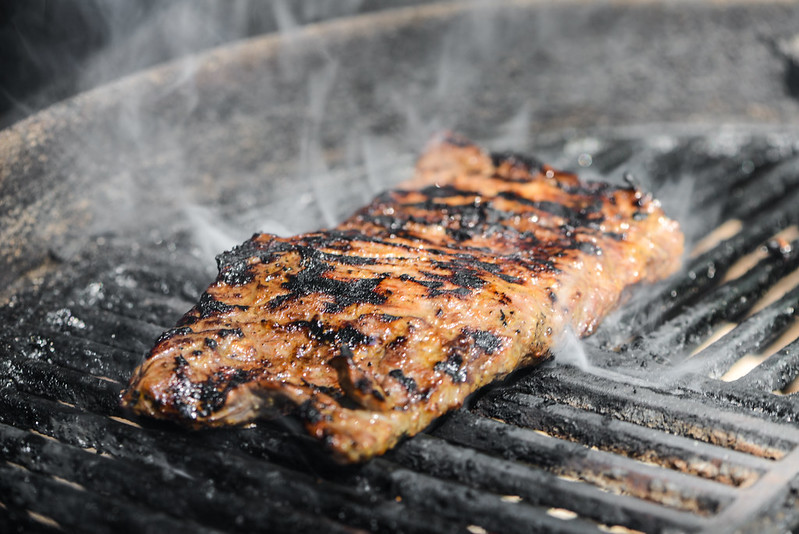 After removing the skirt steak from the marinade, I seared it off on a freshly fired up grill. Using a recently lit set of coals ensures maximum heat, which is perfect for skirt steak—you want to get an excellent crusty exterior while keeping the innards a rosy medium-rare. 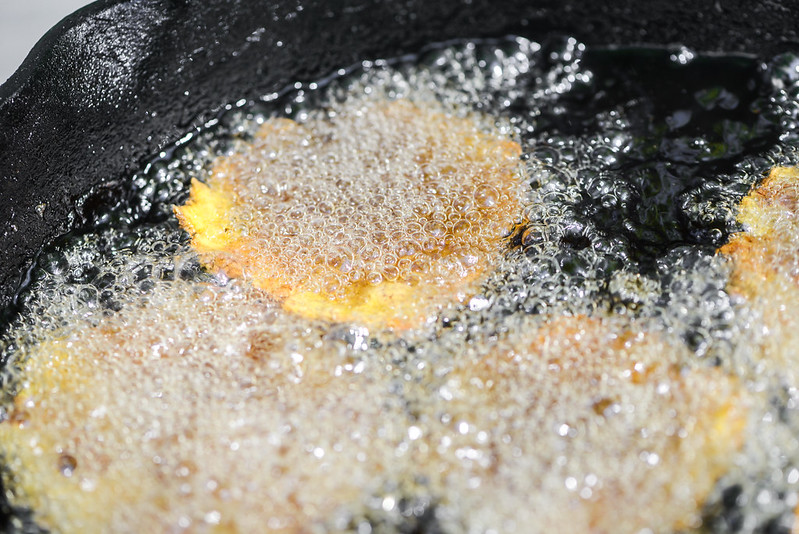 Once the steak was done, I slid my smashed plantains into 375°F oil and let them cook until throughly crisped—about one minute per side. I then transferred them to a paper towel-lined tray and seasoned them with salt to taste. 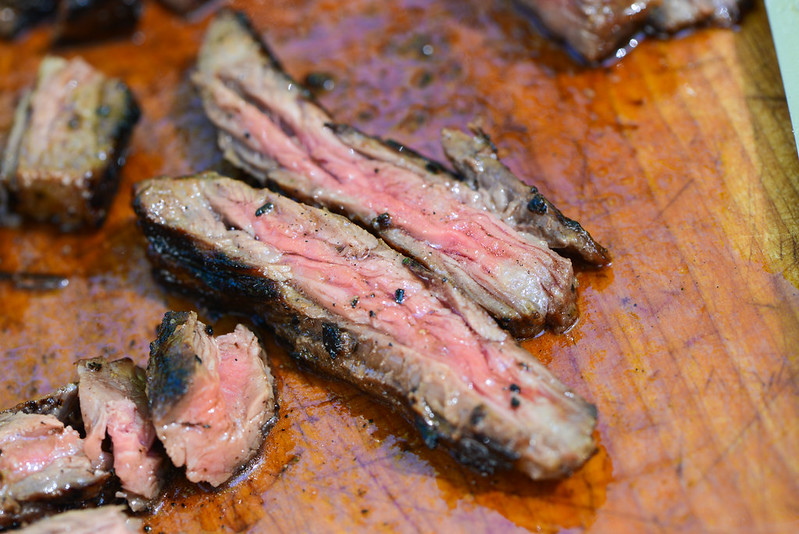 At this point, I turned my focus back to the steak, and the first cut revealed a beautifully cooked end product. I diced this juicy skirt steak into a small 1/2-inch dice—this size was not only right to fit on the tostones, but also created shorter muscle fibers that made the skirt steak more tender and less chewy. 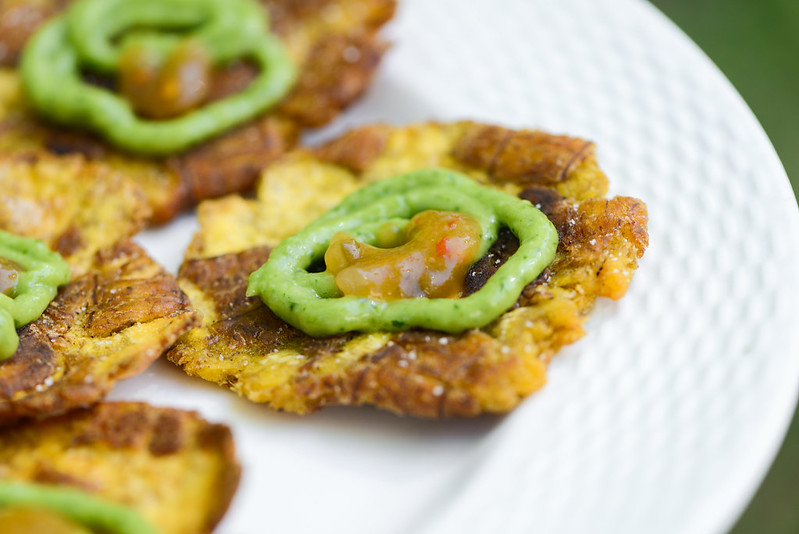 To assemble the final product, I first squeezed on a layer of the cool guasacaca onto each tostone. I followed that with a smaller dollop of Matouk's West Indian Hot Sauce—a fiery papaya and habañero hot sauce that I had on hand to also serve with my arepas. Then I finished each one up with a small pile of steak. 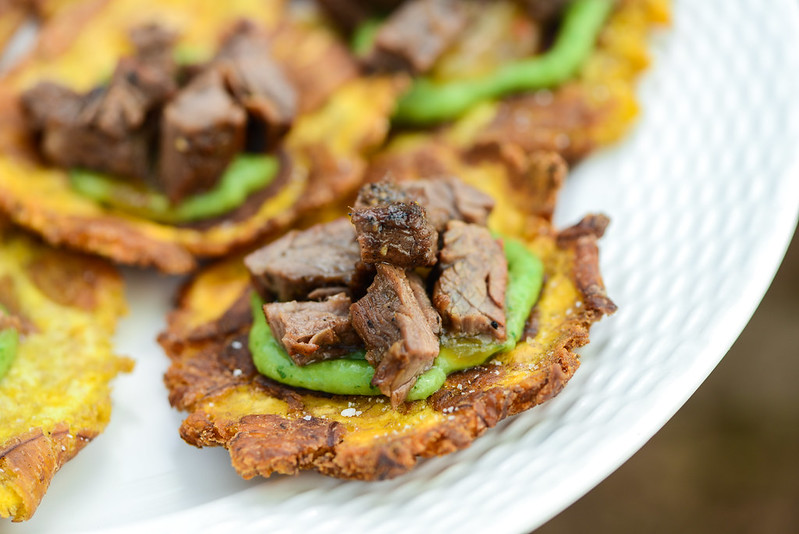 This recipe idea may have had to lay in wait for a long time before seeing the light of day. but it was worth it. The sum of all the parts was incredible. The tostones proved to be a great crunchy and sturdy vessel to hold the toppings, which came together to have a pleasing spicy and cool contrast from the sauces and a heartiness from the extra-beefy steak. Making all the separate items alone may seem a little much for such a physically small end result, but remember that each piece can have much more use beyond this appetizers alone—I used the steak to also stuff pepitos and arepas, the guasacaca found a home on both of those as well, plus as dip for tequeños, and any leftover tostones were served as a side on their own. 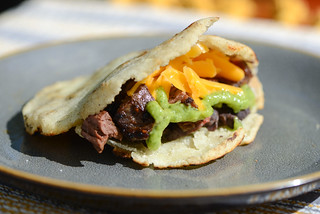 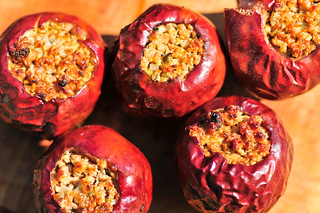