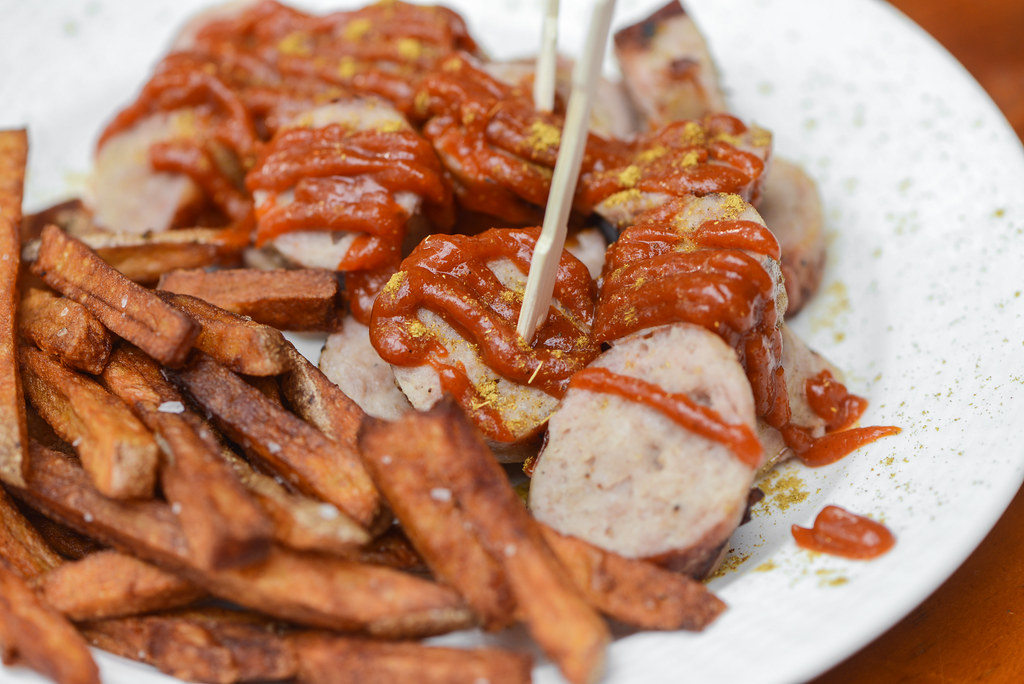 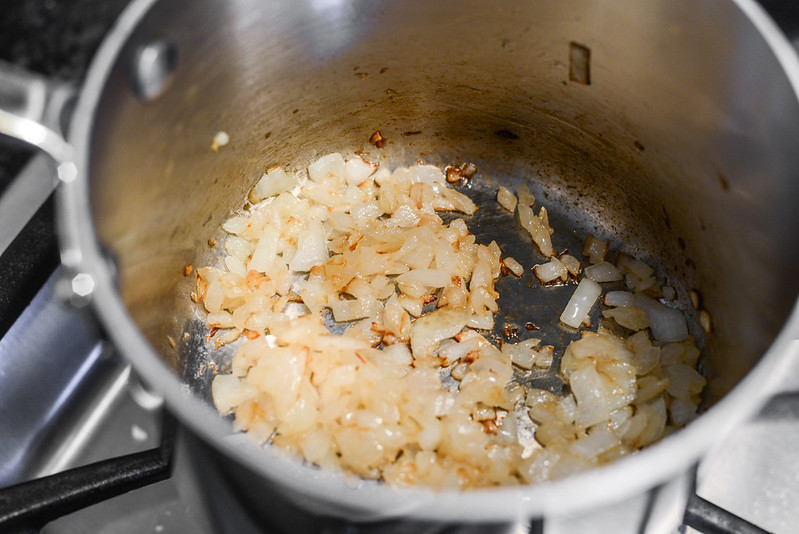 Currywurst is a German snack that consists of a cooked, sliced sausage topped with curry ketchup. It sounds seemingly simple, but the combination of two well spiced ingredients combine to be a pretty killer pair. If you already have sausages on hand, then the prep is really just about making the curry ketchup, which I've done from scratch in the past to excellent results, but decided to take a shorter path this time. Still, I started with cooking some onions until lightly browned, which I think adds a really nice sweetness to the final sauce against the spices and peppers. 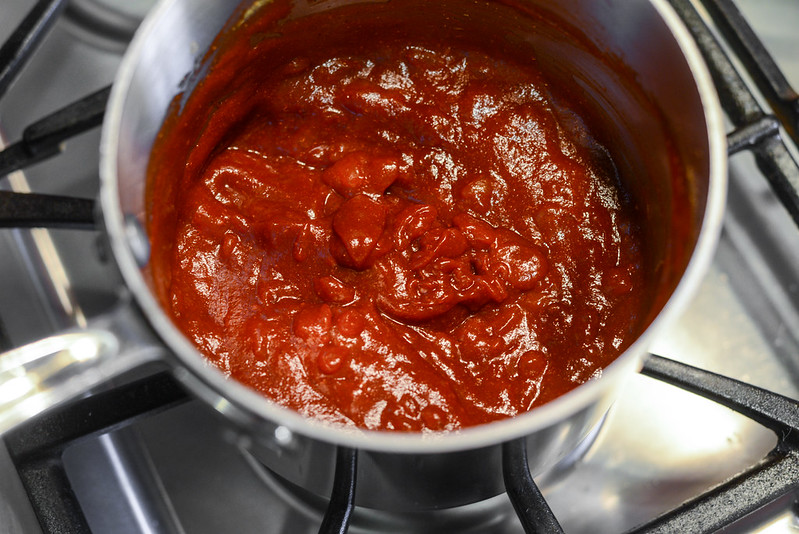 Then, instead of taking a plethora of ingredients and tomato sauce and simmering until thickened, I just used ketchup and added in a few different spices until it tasted right. The main one was curry powder, of course, but that didn't get me all the way to a robust tasting curry ketchup. A little extra pungency was needed to counter the sugary and fruity ketchup, which came by way of ground mustard. Then a tad more heat was needed, which I used hot paprika to get. After that, everything tasted great and I removed the sauce from the heat and pureed it until smooth with an immersion blender. 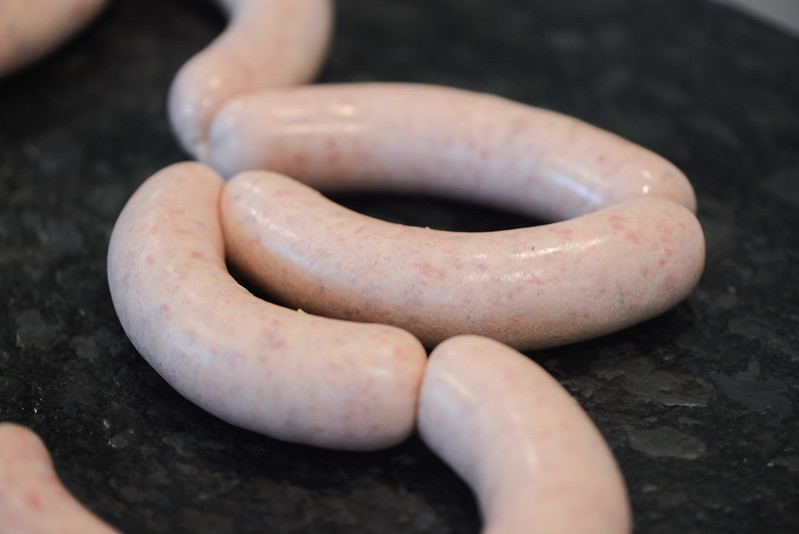 Now I'll leave it up to you if you want to attempt to make your own sausages here, but really, with so many good choices on supermarket and butcher's shelves these days, making your own is less an effort in increased quality and more about personal learning. Making your own does afford you the opportunity to season the sausages exactly to your liking, and the brats I made had a more classic German character than most I find in the stores—creating a medium spice using ginger, white pepper, mustard, and nutmeg. 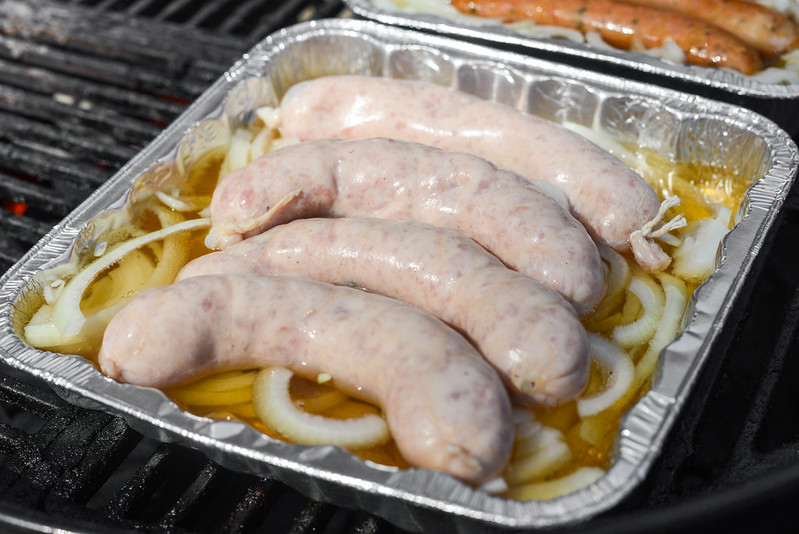 No matter if you bought or made your sausages, the real crucial part is grilling them correctly. For the juiciest and most even cooking, it's best to employ a braise to bring sausages up to near completion before finishing them over the fire. This allows the internal temperature to slowly rise in a more even fashion, and has the benefit of avoiding the all too common burst casing. 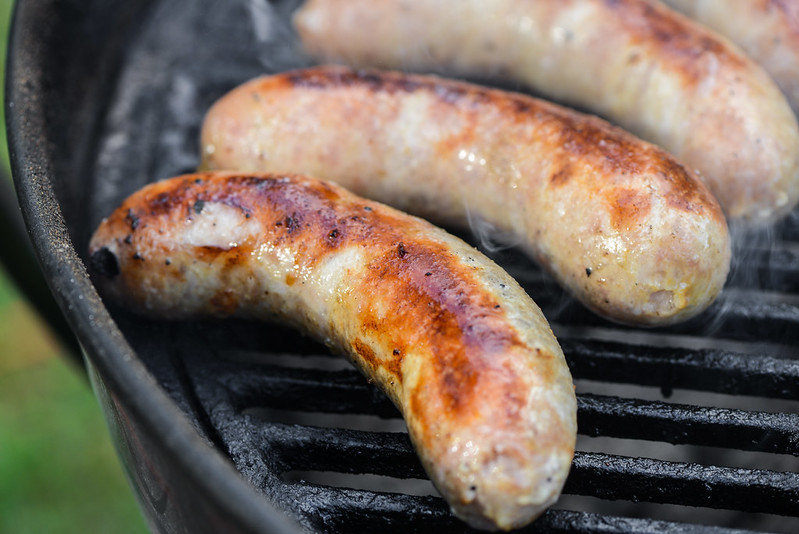 Once the sausages hit around 140°F internally, they can be moved from the braise to directly over the coals, where they'll brown up beautifully and finish up cooking in no time. 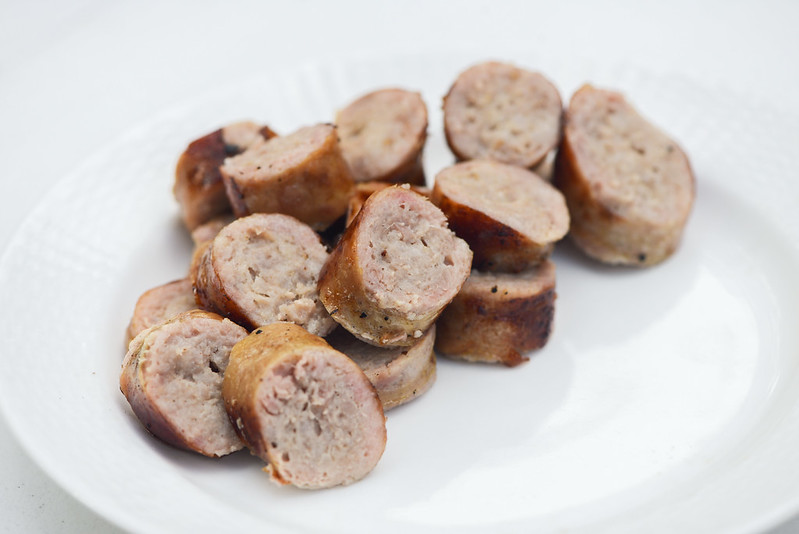 When I sliced up these particular sausages, I found myself pretty excited that my homemade specimens were still super juicy. An even bigger point of pride though was the texture, which was smooth and emulsified—something I've struggled to get right in the past. 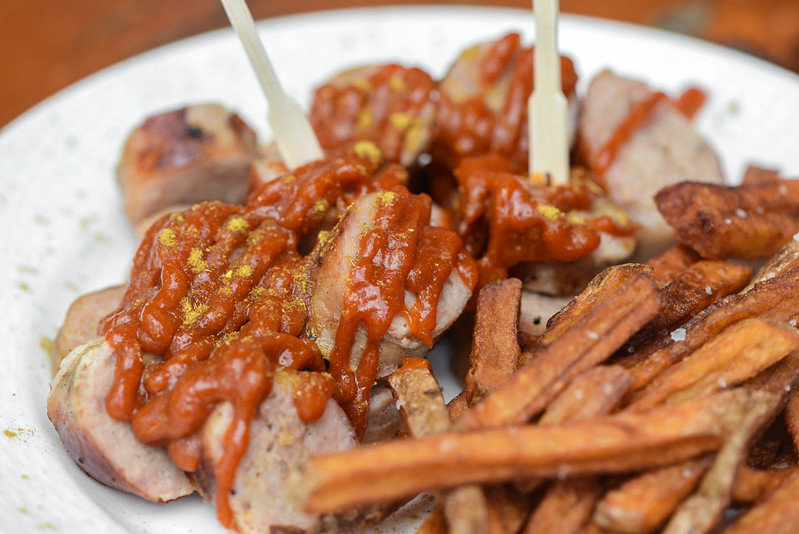 Then to make these into currywurst, all I had to do was squeeze on some curry ketchup and finish with a little sprinkling of curry powder for garnish—serving them with fries is also traditional, but not required. I was more than content with the bratwursts on their own, but as currywurst, they just got all the better. The light pungency of the brats was elevated by the more complex ketchup that brought in a mix of sweetness and heat along with its complex spiced profile. It certainly made downing more of that large batch of brats easier since the currywurst was addictive and easy to keep popping one piece after another in this snack format. Even with this extra use for my sausages, I was still left with a healthy portion at the end of the day. I see this as a good thing though because I also had a lot of extra curry ketchup and I have no problem making this currywurst again and again.