Artichokes with Mint and Chilies 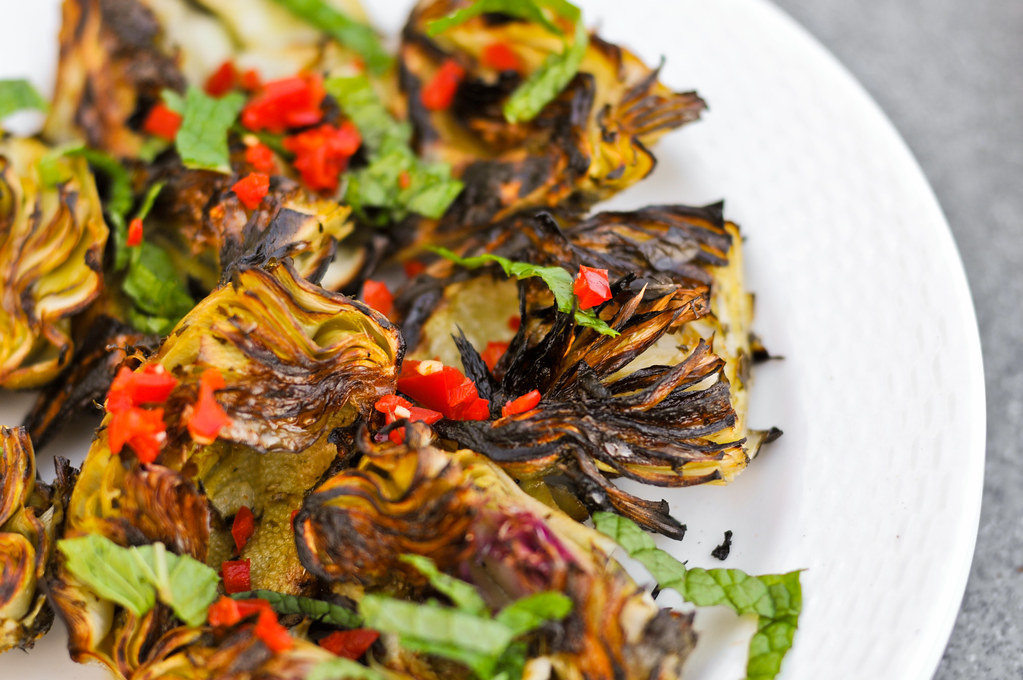 I'm at the point now where I'm about 50/50 split between writing my own recipes and cooking out of books and blogs. Although I have a good degree of confidence in assembling a winning flavor combo, digging into my library is often still as eye opening of an experience as when I was first learning how to cook. Case in point, these artichokes taken from Maria Batali's Italian Grill; not only does this recipe bring together ingredients I wouldn't have considered with artichokes—mint and wine—it also gives them a boil before the grill, while I would normally jump straight to the fire. The results of all this were some the best artichokes I've ever had. 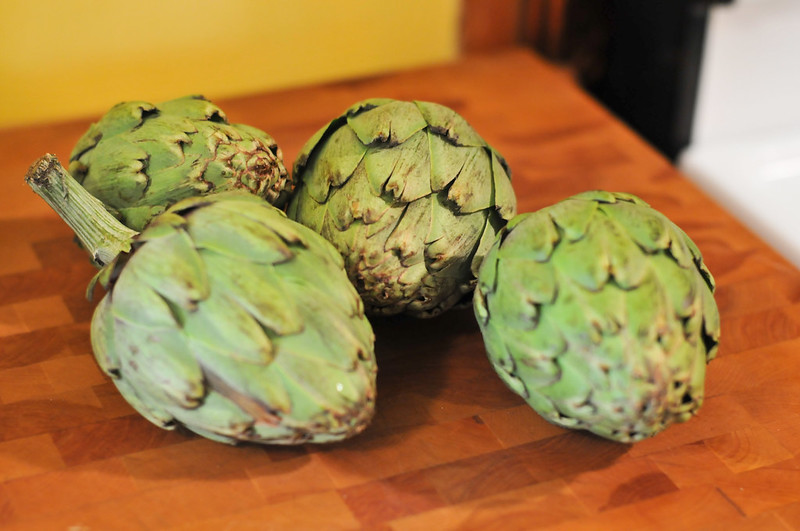 Besides the excellent recipe, the other exciting news here is it's spring, for real! I've been outside, in short sleeves, biding my time at the grill and smoker every weekend for a few weeks now. This also signals the resurgence of foods that had disappeared from diet, with artichokes being an early indicator of more green veggies soon to come. 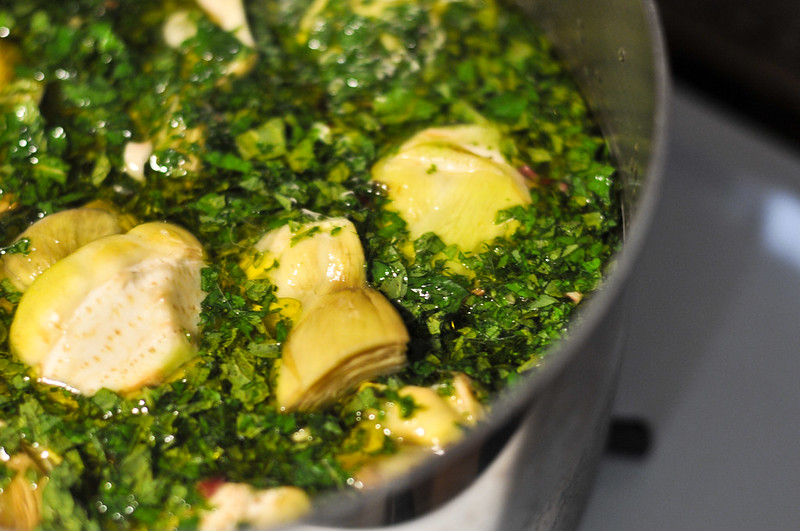 After being trimmed down to their hearts, the artichokes were simmered in a mixture of mint, garlic, olive oil, lemon, and wine. This not only ensured they'd be cooked through and tender, but embedded them throughout with an excellent flavor. 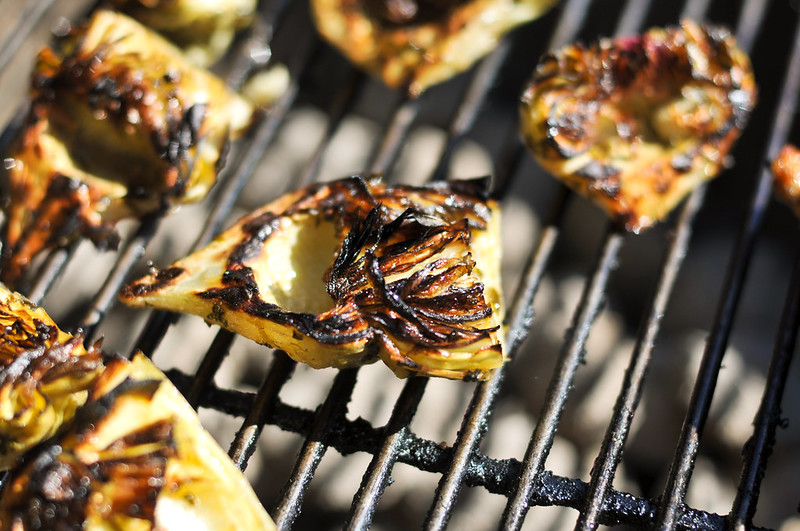 My initial inclination for artichokes would be to cook them over indirect heat, followed by a direct cook to crisp them up. Since these were already precooked, they only needed enough time over the coals to singe the leaves, leaving a brittle, crunchy exterior. 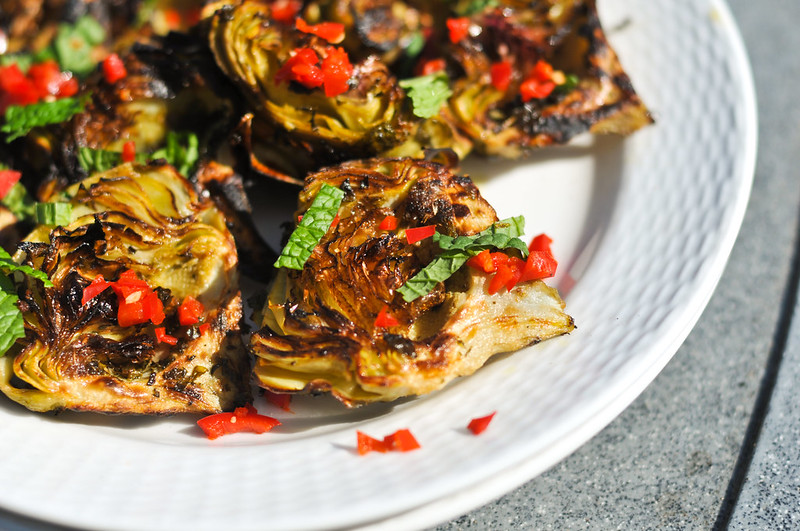 Off the grill the artichokes were sprinkled with fresh mint and hot red peppers, then quickly enjoyed while still hot. They were really phenomenal, something I don't say that often. The initial simmer left the innards soft and infused with a pleasing lemon and mint flavor, while the crispy outsides added a contrast in texture that would have been sorely missed if these has not been grilled. The red pepper added a nice kick that seemed to make you taste all the other flavors more rather than masking them behind heat. All in all, this had to have been the best preparation of artichokes I've ever had, which is exactly why my overburden bookshelf will only continue to grow, consistently being as important to me as the creativity of my own imagination.

Artichokes with Mint and Chilies 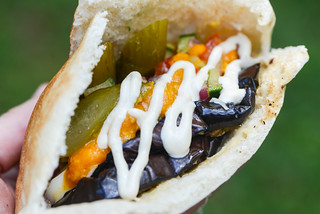