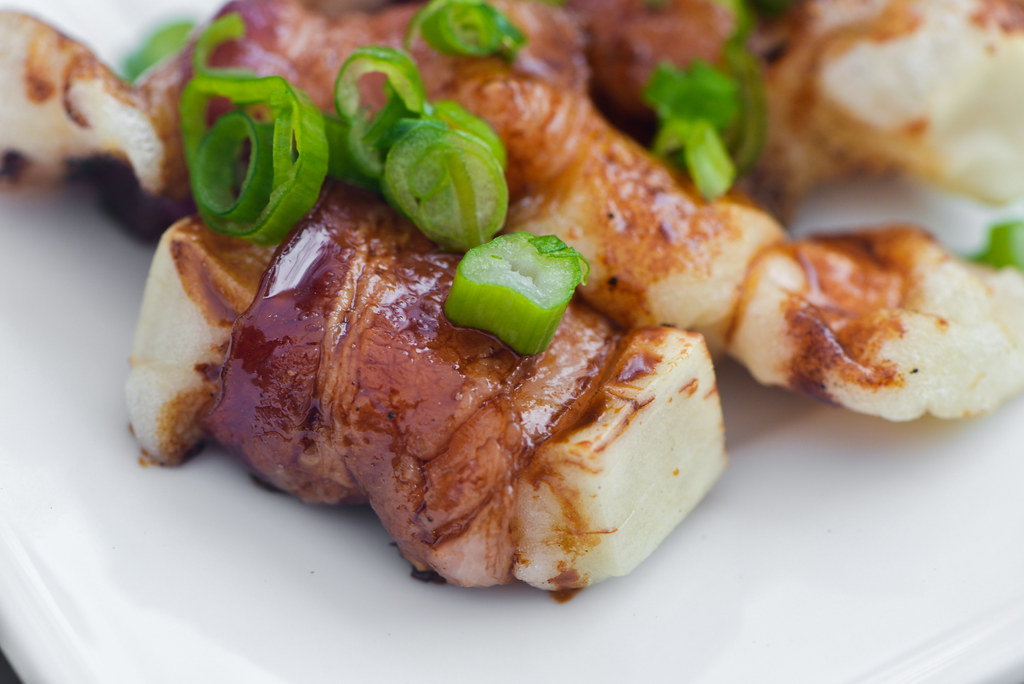 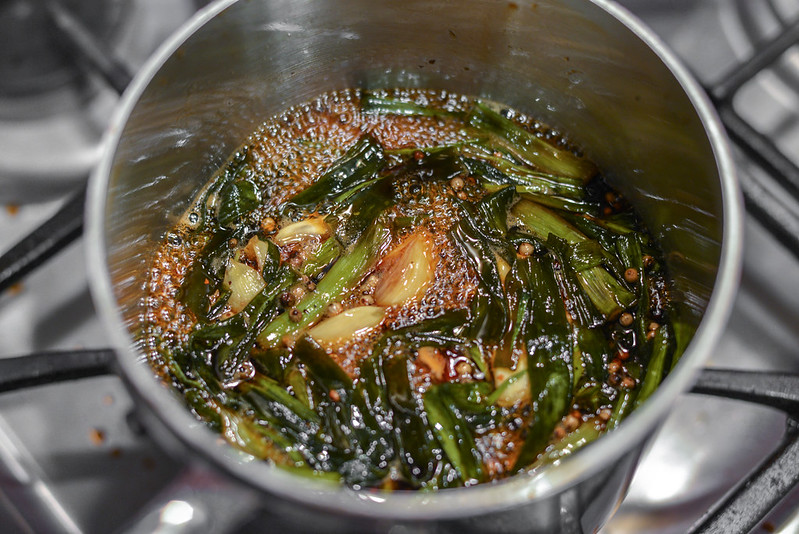 My final recipe is actually longer than I was expecting. I had originally planned for the bacon-wrapped mochi to be two ingredients—bacon and mochi—but I loved how it tasted so much with some tare brushed on at the end of grilling that I decided t include it here, even if this sauce was originally intended for use in a separate chicken wings recipe. If you're not familiar with tare, think of it kind of like a more complex teriyaki sauce. Its foundation is a sweet and thickened soy sauce like teriyaki, but tare usually brings in extra seasonings based on each creator's personal preference. For me, I used scallions, rice vinegar, garlic, ginger, and white peppercorns to give my tare extra depth while it simmered down from a thin liquid to a thick glaze. 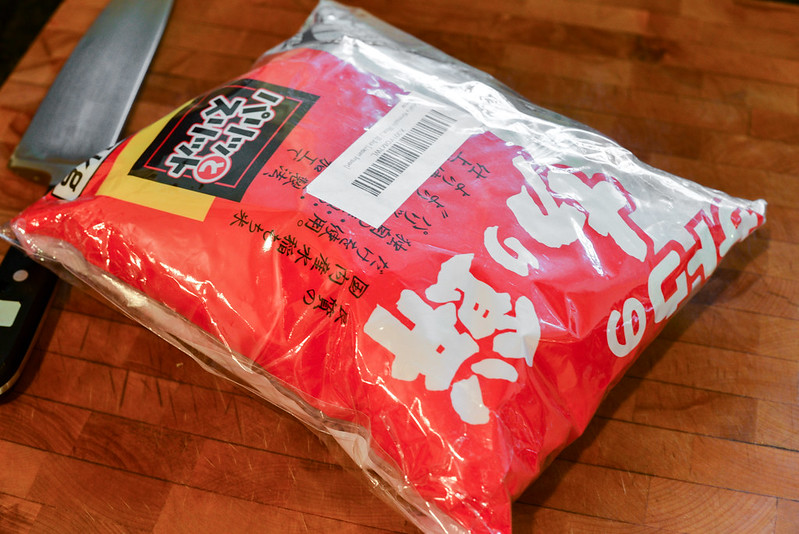 I've never grilled mochi before and was really only familiar with the sweet stuff that's readily available at Asian groceries. I knew there was a non-sweet type of mochi, but wasn't seeing it in the store and thought I would have to make my own. After some research though, I found the grill-able type of mochi is called kirimochi, and it's production is not as simple as sweet mochi, which you can make pretty easily with glutinous rice flour and liquid. So I ended up ordering a large bag of kirimochi online, and you have to excuse that, in my rush to get photos quickly during prep, I didn't stop to turn the bag right side up. 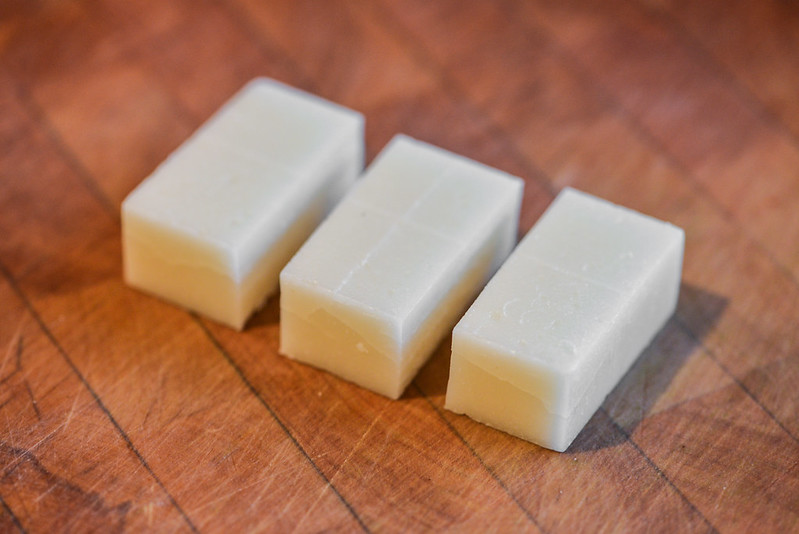 This mochi comes in small blocks and is very hard. It's definitely made for cooking and can't be eaten right out of the bag like sweet mochi. To make the right size pieces for bacon-wrapping, I cut each block of mochi into thirds. 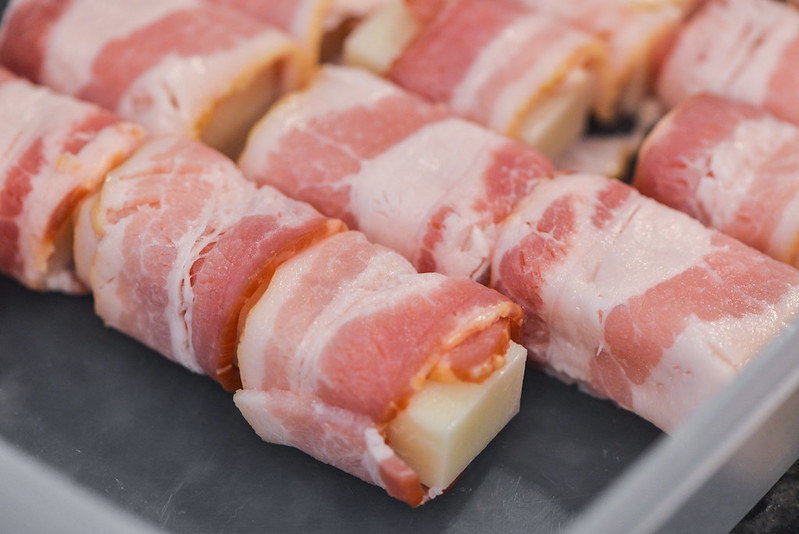 I then wrapped half a slice of bacon around each piece of mochi, and my plan was to then skewer them. Unfortunately, skewering didn't work out—the skewer was fracturing the mochi into multiple pieces and I gave up after three tries. Not skewering them just made the recipe that much easier in the end anyway. 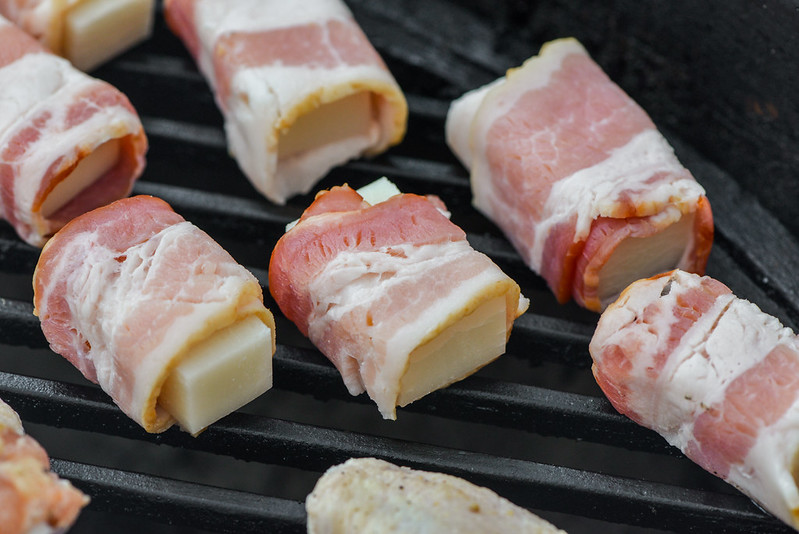 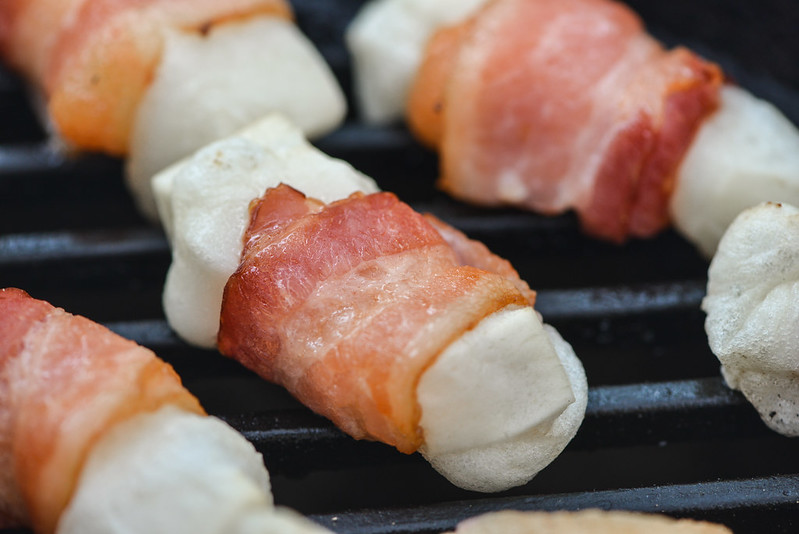 After about 15 to 20 minutes, the bacon looked fully cooke and all the mochi was very soft. Some of the blocks had expanded greatly into odd shapes, but I guess that's just part of the experience. I taste tested one of the mochis in this state and it was great. I then brushed on some tare and tried another one, and it was so much better, so I then proceeded to coat all the mochis in tare before serving them to my guests. 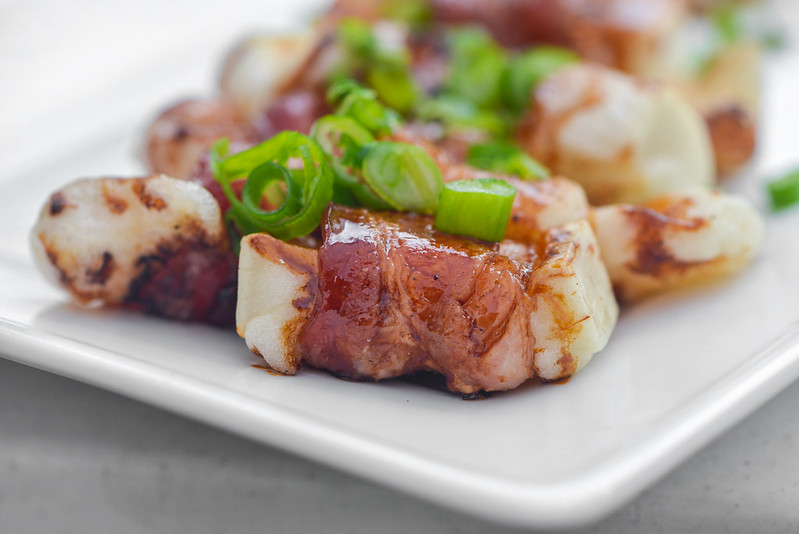 At the end of the day, my biggest problem with these bacon-wrapped mochi was I didn't make enough of them! They were so quick and easy, with such a big payoff, I would have been better served grilling up more of them than some of my more involved recipes I was making that day. The mochi had this fantastic soft and chewy texture with some crispness mixed from exterior. The bacon added a heartiness and nice smokiness that paired really well with the sweet and savory tare. There was so much going on with these that it tasted like a lot more effort went into their production than actually did. That left me thinking that my real problem with recipe development right i thats my brain is going straight towards the more complex and totally skipping over some of the obvious easy stuff that is still ripe for new and exciting recipes. So I may need to do a little retraining to help me from burning out in the long run and also provide even more accessible grilling goodies for all of you! 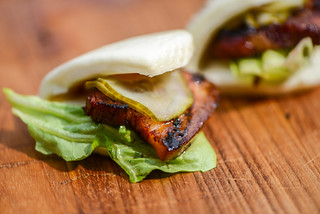 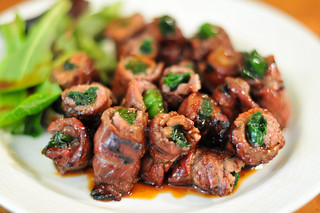