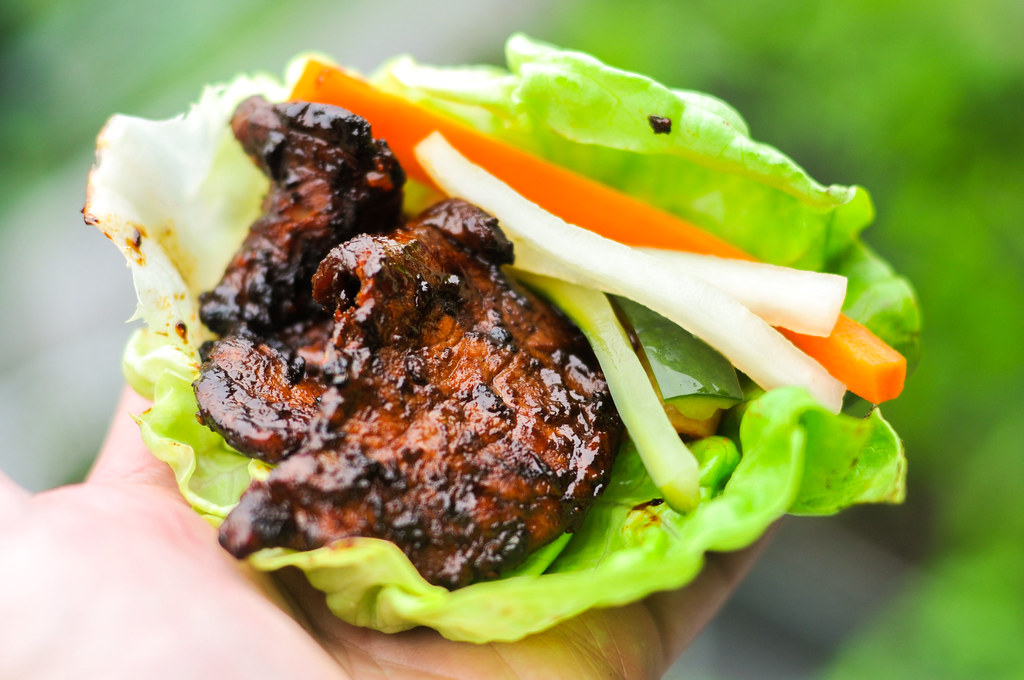 At the very end of October, I made my pre-Thanksgiving meal, where I tested out a slew of new holiday recipes, leaving me eating turkey, stuffing, and cranberry sauce for a few weeks. Then came the actual Thanksgiving, which infused another wave of turkey, stuffing, and cranberry sauce into my diet. After a solid month of this, I'm ready for something completely different, so why not some Korean barbecue in the form of my favorite Asian spicy pork—daeji bulgogi. 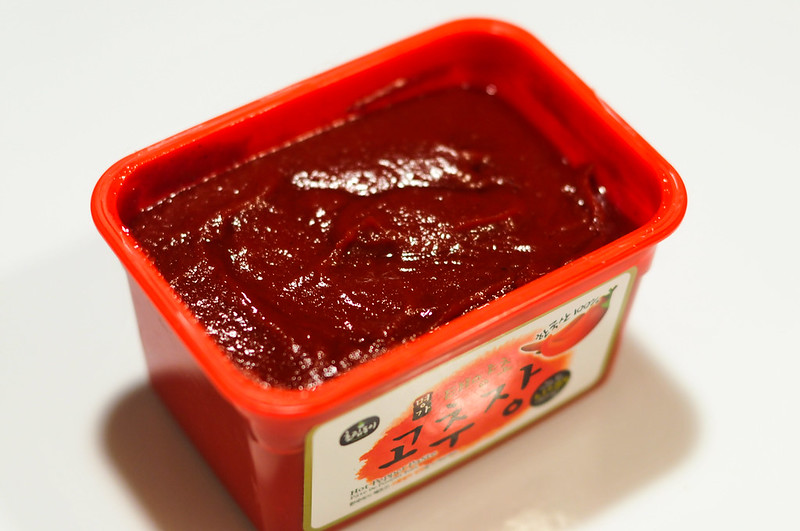 To be honest, the first time I experienced Korean barbecue after years of people talking it up to me, I wasn't totally impressed. We started with some rather bland pork belly, continued on to an under-seasoned beef bulgogi, but then when the daeji bulgogi hit my plate, I was floored—the immense spicy flavor of this thinly sliced and grilled pork was so great and different than anything I had before. Turns out this is thanks mainly to gochujang, a fermented chili and soybean paste, whose pungent flavor is so distinct that once you've tried it, you'll probably never forget it (and never want to live without it ever again). 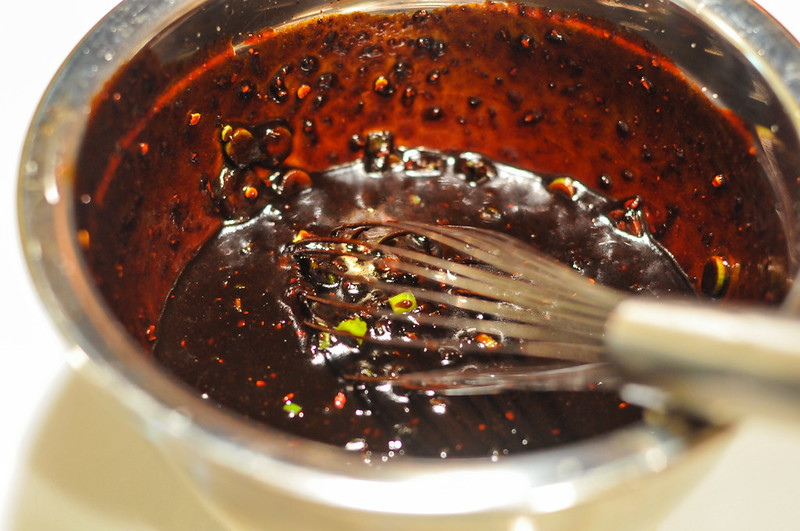 To make the marinade for daeji bulgogi, gochujang is mixed with soy sauce, garlic, brown sugar, mirin, sesame oil, ginger, red pepper flakes, and onions (green and regular). This mixture is incredibly full-flavor, and for my taste buds that like meats pushed to the extreme, it's a powerful and awesome marinade. 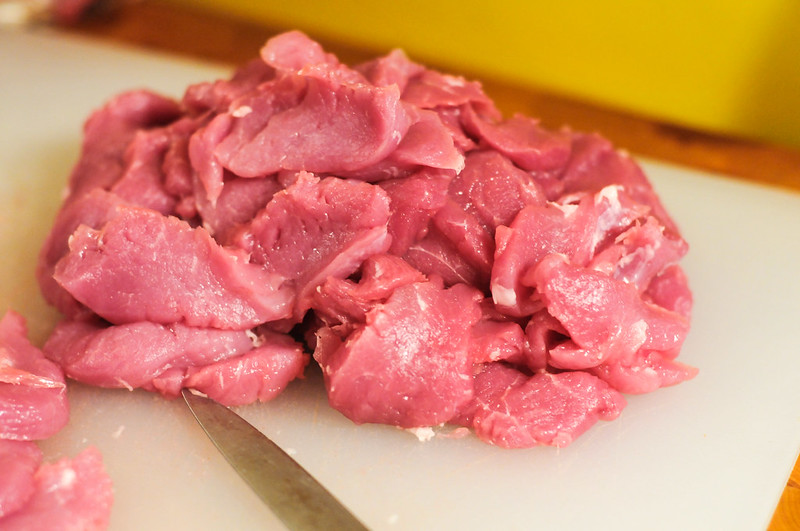 On my first attempt at daeji bulgogi, I tried this marinade out on pork tenderloin (pictured). This was good, but since then, I've switched to the more traditional pork shoulder. I get my shoulder at a Korean market that already has it cut very thin, just as it should be for bulgogi. You can try to slice it up at home, but I've never been able to get it as thin as it comes from the grocery with just firmed meat and a knife. 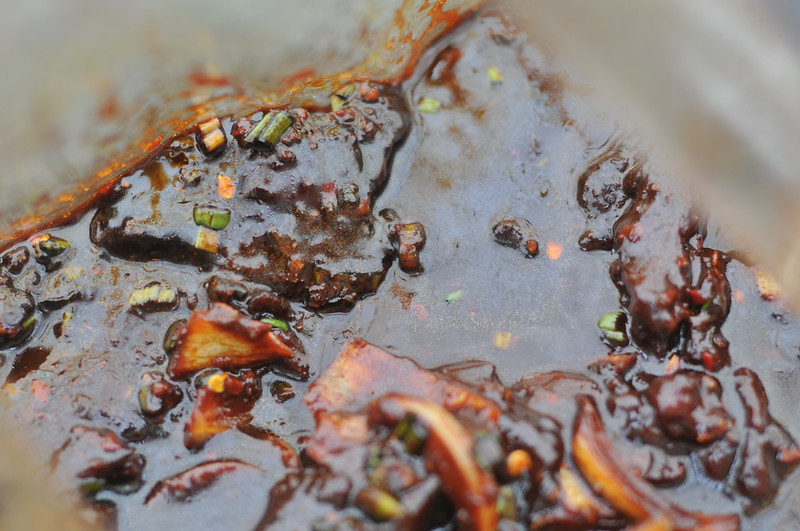 I've also tried varying times of marinade. You get fairly decent results with just an hour, but I opt for overnight, which really imbeds the meat throughly with all the flavor of the marinade. 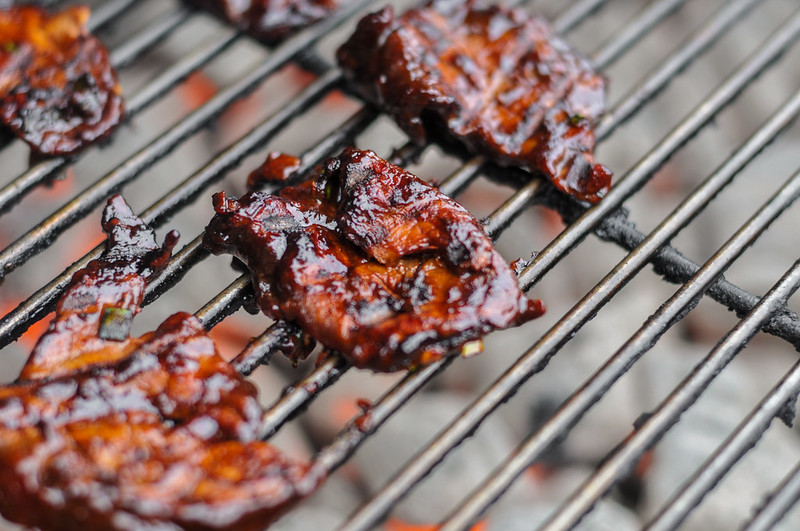 While everything so far is on a course to deliciousness, the grill is what puts the icing on the cake. The high heat of the grill cooks these thin slices of meat in mere minutes with beautiful caramelized bits all over, which heightens the flavor by adding super-concentrated pockets of sweet and spicy marinade. 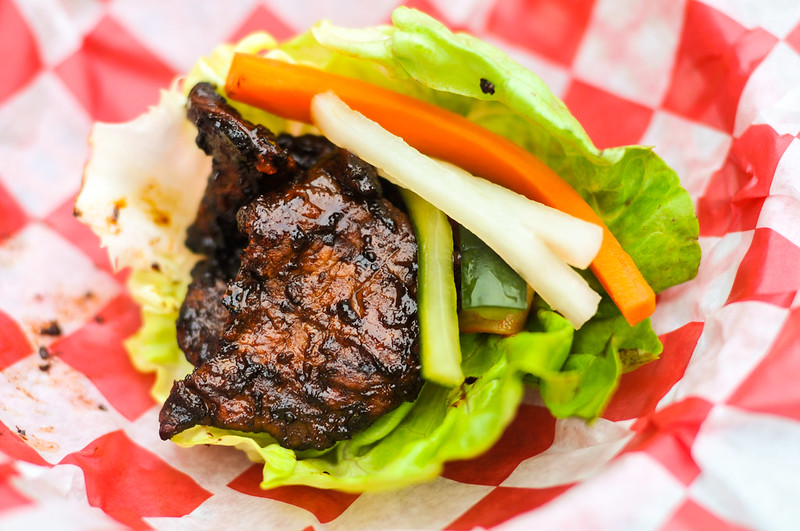 I can't get enough of these little pieces of meaty excellence. The spiciness is distinct and layered, but overall the pork is simple and uncomplicated. It's great on its own, but this also makes it perfect for the addition of more flavor. I like putting my daeji bulgogi in lettuce wraps with different kimchis or quick pickled diakons and carrots, which add a contrasting acidity to the spicy meat. To me, the play between spicy, sweet, and tangy is part of the hallmark of great barbecue (used in the looser sense of the word), and daeji bulgogi delivers on all of that.