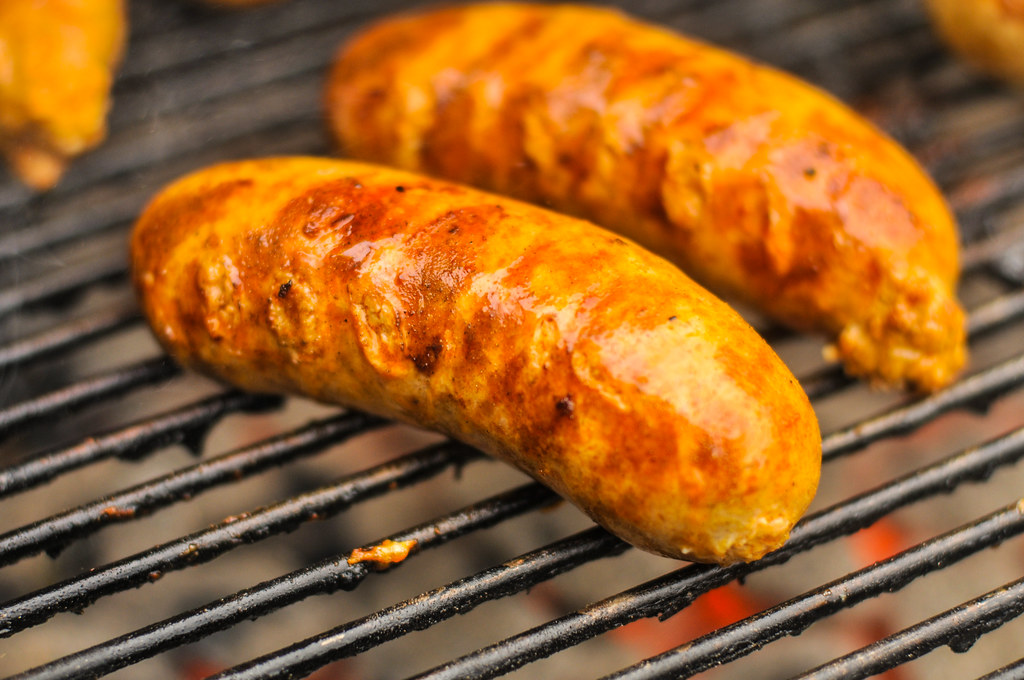 I guess it's time to start making those New Years resolutions, right? Usually I tend to join the populous and attempt to make good on shedding excess weight all this recipe testing inevitable leaves me with, but this year I'm thinking of a resolution that spits in the face of slimming down—make more sausage. As I look back at 2013, I'm happy with what I grilled and smoked, but noticed that sausage was strikingly lacking over the year. So that has left with a strengthened resolve to encase more meat in 2014, and to start me off at least thinking in the right direction, I'm busting out this buffalo chicken sausage recipe I made all the way back in 2012, but it envelops the spirit I hope to approach my forthcoming sausage endeavors in the year to come. 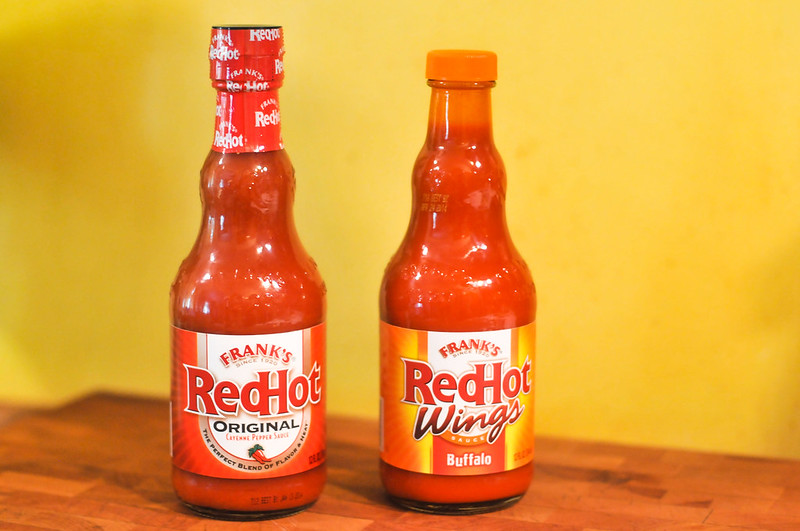 I'm no stranger to buffalo chicken sausage—once a friend of my convinced me it was good eating, and I concurred, I set off trying to make my own recipe for it. Unfortunately this simple sounding sausage proved to pretty difficult. Early attempts where I merely paired traditional Buffalo sauce with ground chicken resulted in links that burst, were under-seasoned, and had a broken texture. I equated a lot of this to the large amount of butter in my Buffalo sauce, and went back to the drawing board to see if I could get this sausage right.

I figured I had to lose the butter, but didn't want to sacrifice buttery flavor. To solve this, I turned to Frank's RedHot Buffalo Wings Sauce which had "Natural Butter Type Flavor," but no actual butter. Although it hit that flavor note well, it also packed much less of a spicy punch than original Frank's, so I added some of that into mix as well to up the heat, plus extra cayenne pepper for good measure. 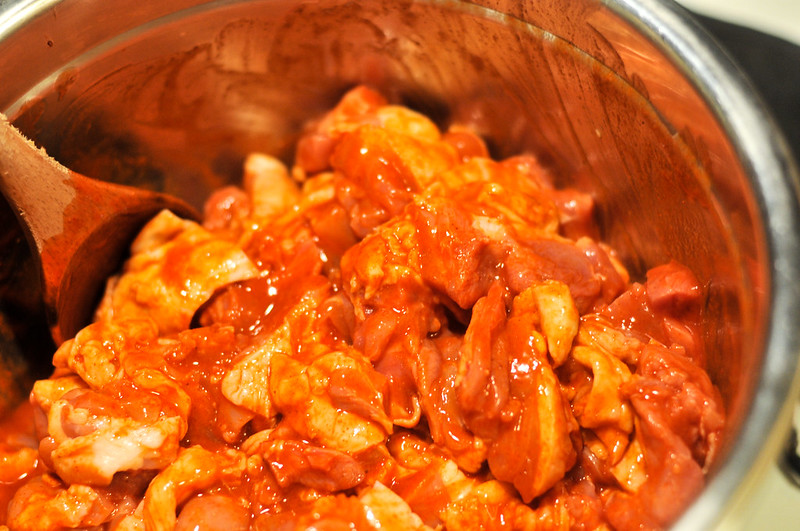 I put this sauce in with a big ass bowl of cubed chicken thighs. I've come to like seasoning the meat prior to grinding lately—letting the grinder doing some of the incorporation and and break down of the seasonings. 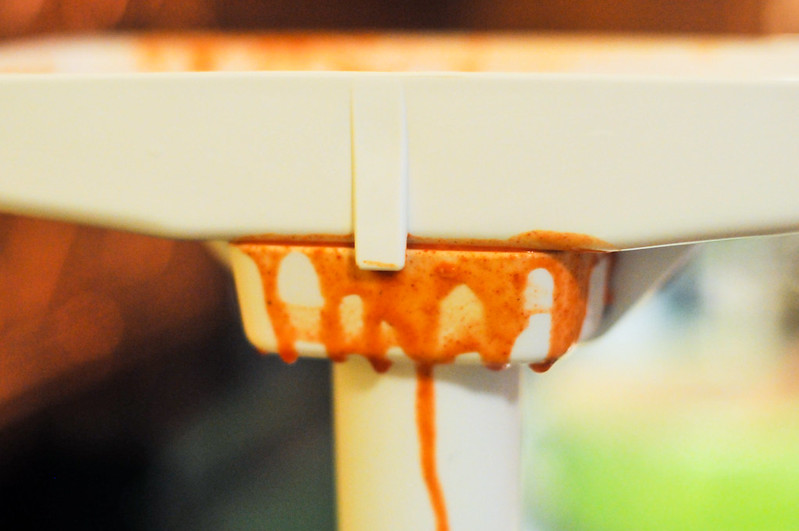 It turned out this wasn't the best of ideas for this sausage those. That immense amount of sausage seeped through every crack and crevasse of the meat grinder, creating an avoidable mess. Yes, the meat was seasoned throughly and evenly once it was ground, but the price I paid in extra clean-up was too high. 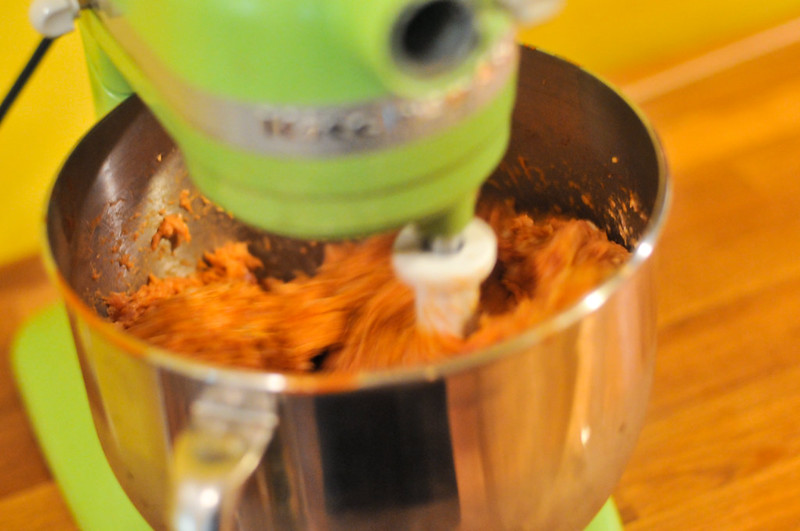 Especially since the seasoning could have easily been added in the mixing stage, where the ground meat is worked until it becomes homogenous. That would have taken the mess out of the equation and would likely have ended with the exact same final sausage. 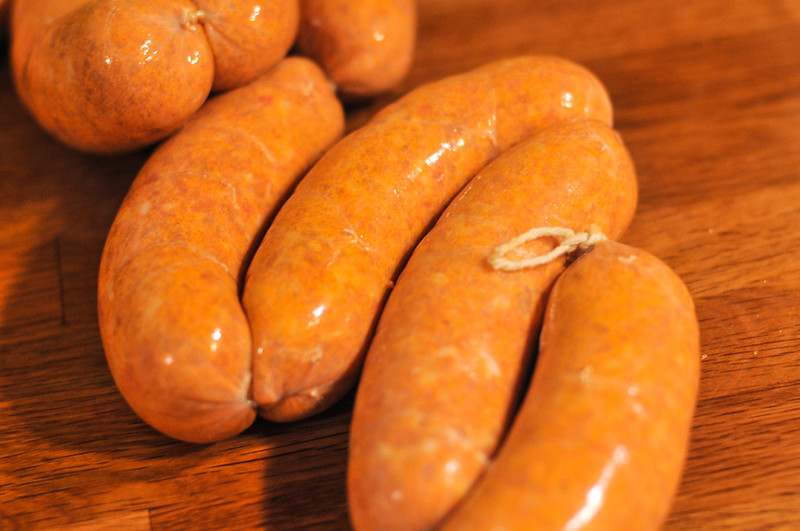 The sauce incorporated into the chicken well, creating the bright orange hue my previous attempt lacked. Once stuffed into casings, I was feeling good knowing that these at least looked like they'll be pretty awesome Buffalo chicken sausages. Of course the moment of fate is when they're grilled. Would these explode again? Would they deliver the buttery flavor and sharp heat of Buffalo wings? Would the light emulsion hold up to create a uniformly textured meat? 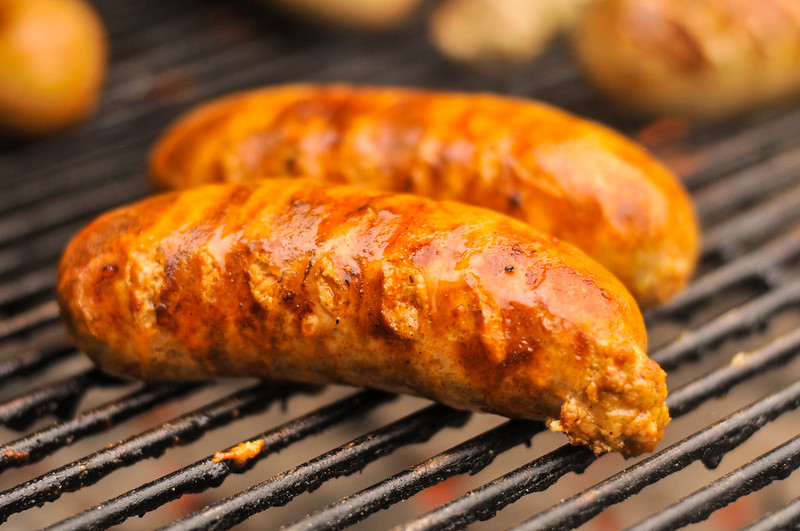 There was still an explosion here or there as they cooked, but not at the same rate or to such a link destroying extent as my previous attempts. Biting into one of the best looking of the bunch I found myself pretty content—the Buffalo flavor was all there against a meat that was juicy with a nice homogenous texture. I wouldn't say they were the pinnacle of Buffalo chicken sausages, but at least I gave them another try and was able to make great gains over prior recipes. This is how I need to approach the new year, with a determined attitude and a whole lot more delicious sausage. 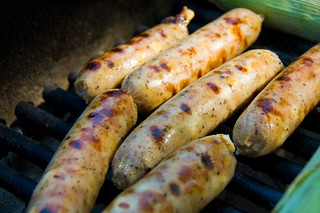