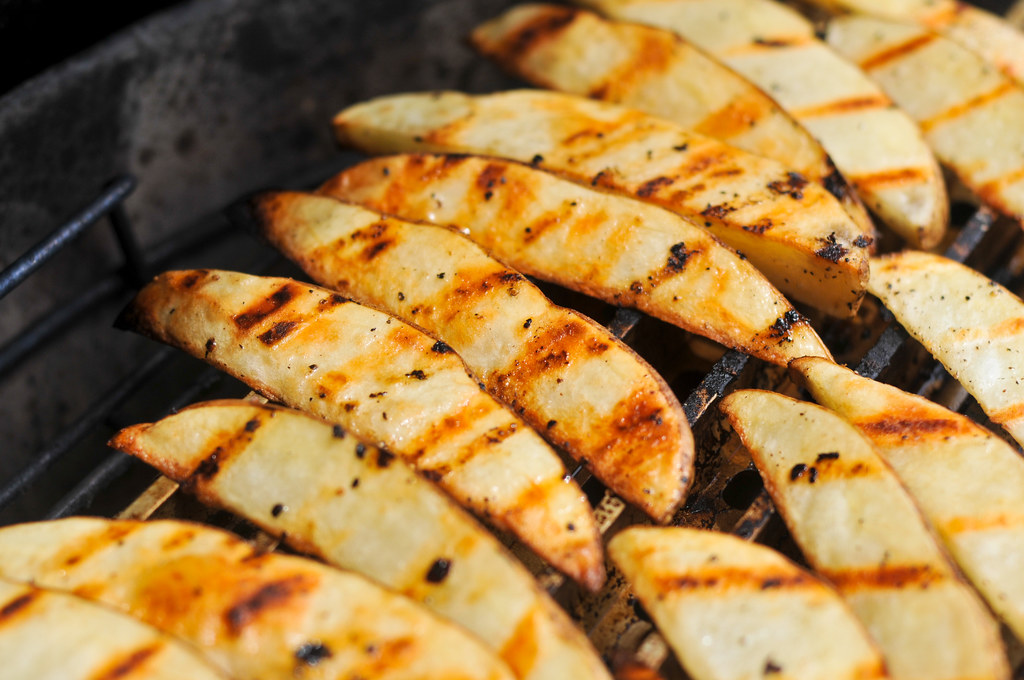 In winter, I can easily swap my self-declared "Meatmaster" title for one a little less beefy, "Mr. Potato Head." In the cold months, potatoes are my go-to side—I can pair just about any meal with a heap of potatoes, whether they be roasted, smashed, mashed, grilled, or fried. Now that it's spring, the green veggies are finding their way back in, but I still have a fondness for spuds that make them an oft-grilled item even during prime Meatwave season. One of the most simple, and easily adaptable, ways to cook taters over the flames is in the form of "fries," or more correctly, potato wedges, but I like "fries," so I'm sticking with it. 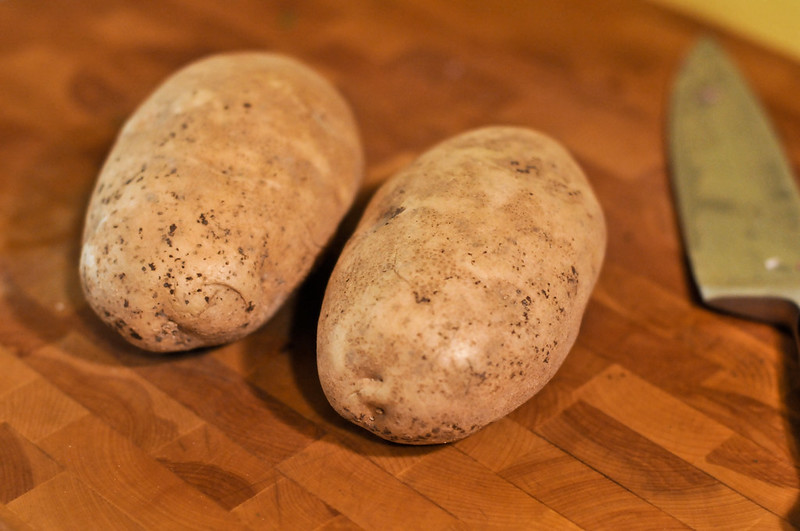 There they are, two unassuming spuds, brown, bland, and lifeless, just waiting to be transformed into something incredibly delicious. I like the starchy, hearty russets, which hold up very well on the grill, both in shape and the way they brown over the flames. 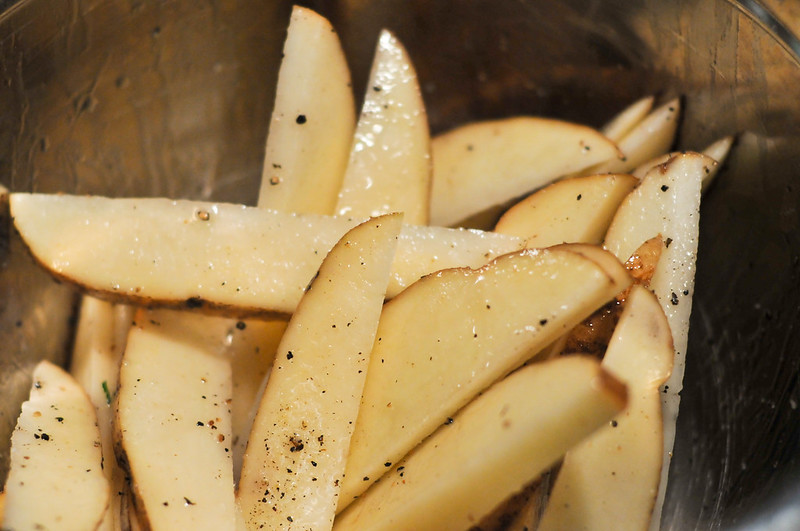 To get these fries started, each potato was split into about 16 wedges. For uniformity, I continually halve the potato. So first it's cut in half, then that half in half, then that quarter in half, and that eighth in half, ending with a wedge a little under 1-inch thick. Having wedges all around the same size helps a lot with evenly cooking the entire batch, so each one is as good as the next. Once they're all wedged up, they get a toss with some olive oil before heading to the grill. 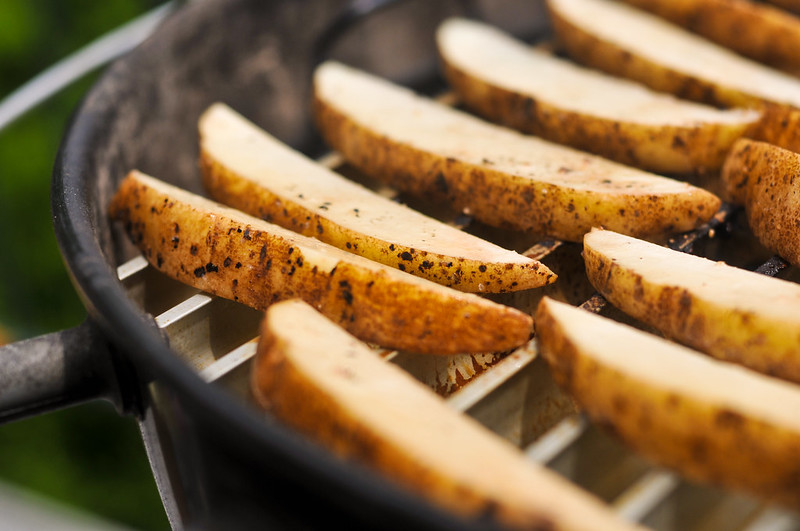 Even though I like the way the russets brown and cook on the grill, I take out some added insurance in getting them perfect by using Grill Grates. My friend Amy gave these to me as a gift, and while I don't have them on the grill all the time, there are situations where I find them incredibly useful. The Grill Grates shield the food from direct fire, which helps avoid flare-ups and creates a more even heat. For these grill fries, this is a good thing, creating a safety net for even doneness. Grilling them without the Grill Grates is no big deal, it just requires a little more vigilance as potatoes over hot spots will cook much faster than others, and with 32 wedges to look after, it's easy to lose some wedges to the fire. 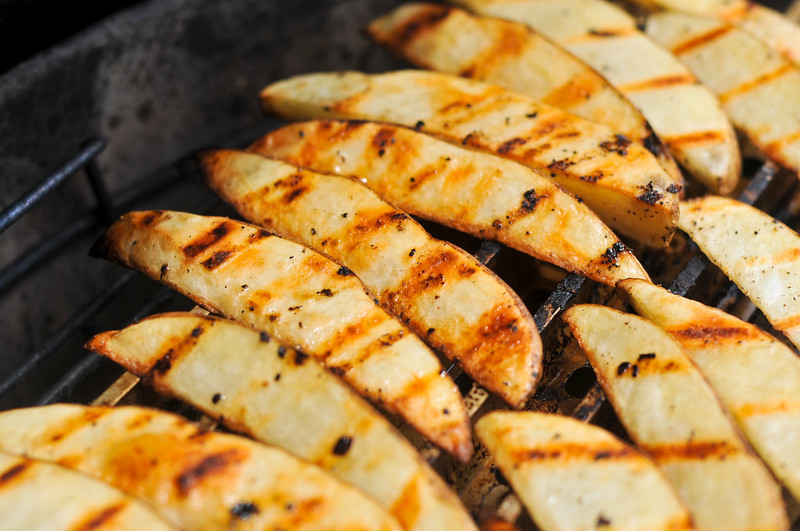 Even with some heat deflection, the spuds will still usually brown before being completely done inside. So once the fries have gotten the golden, crispy crust I'm after, I'll give one a try and see how things are going all the way through. Chances are, they'll need a little extra time, in which case, they're moved to the cool side of a two-zone fire, covered, and let to finish off until they achieve soft and fully innards. 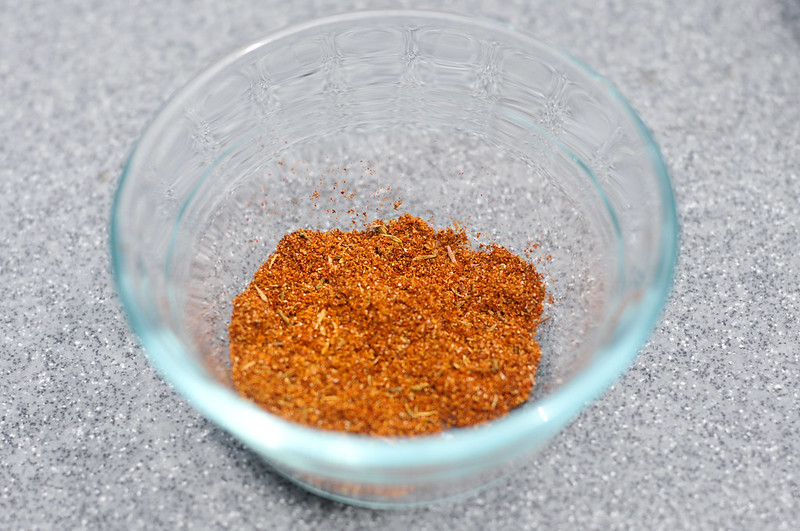 I mentioned at the start these babies are versatile, and I'm sure they'll go nicely with just about anything with just a sprinkle of salt and pepper, but at this point, they can also be dressed up any way you want. Since they're grilled, I thought a hit with a simple dry rub would be rather fitting (and delicious), but you can go with herbs—rosemary, thyme, oregano—or your favorite combo of spices—cajun, Old Bay, chili powder—and give these fries any flavor your heart desires. 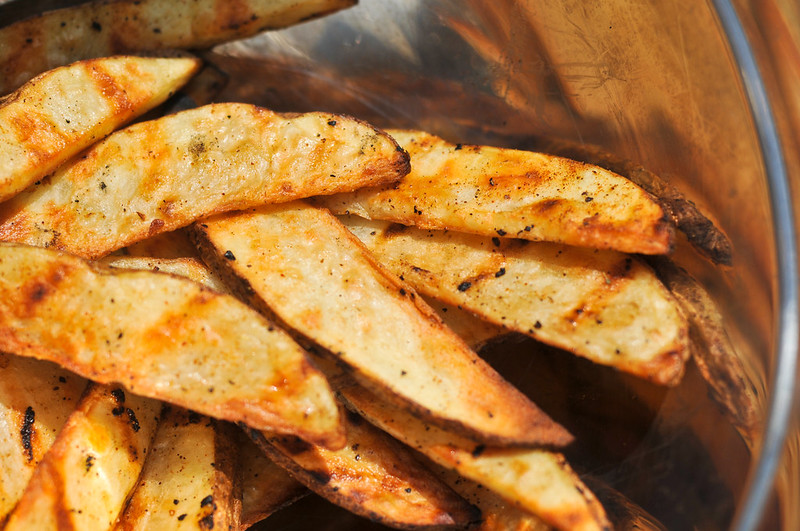 Now the journey from boring, brown potatoes into mouthwatering grill fries is complete. Crunchy outsides paired with fluffy innards let these fries hold their own up against real fried fries, but the little pieces of char from the grill give them a defining uniqueness. Although my most potato heavy months may be behind me right now, the future of summer spuds is just beginning, and these grill fries are an excellent way to get that jump started. 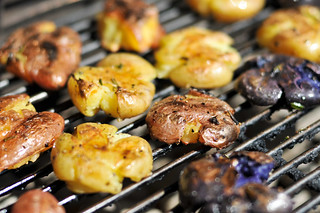