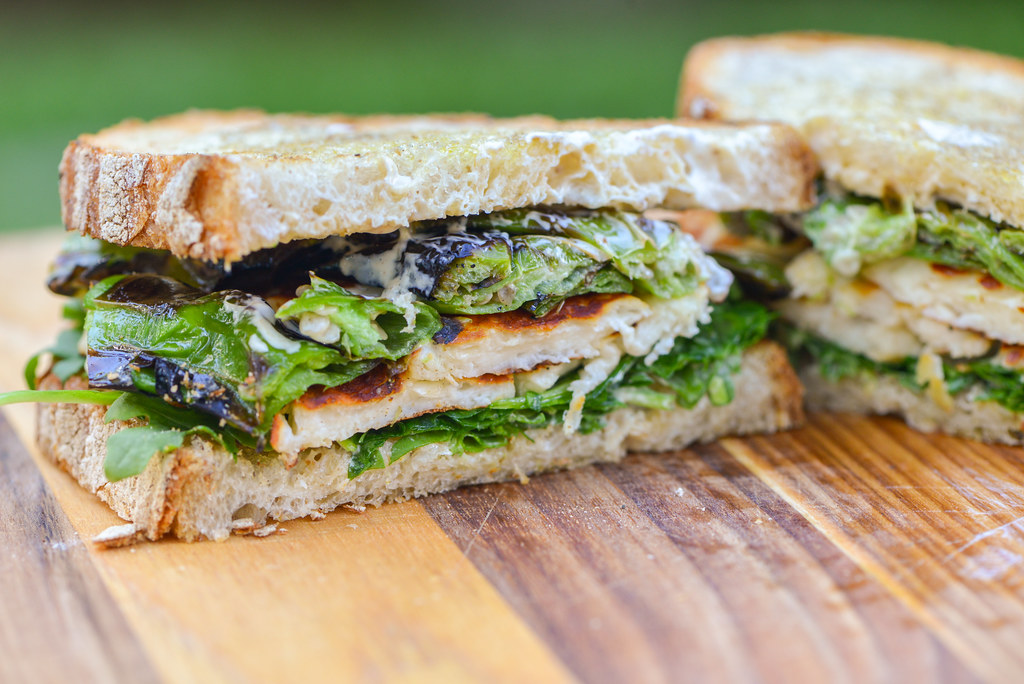 After grilling shishito peppers earlier this summer, I wondered why I've only really experienced them as a standalone side dish—why are they not used as part of other dishes more often? Their tender flesh and bright, fruity flavor certainly feels ripe to be paired with so many different things, and my mind got to wondering what I would want to use them with. Immediately I landed on salty and squeaky halloumi cheese as an ideal match up, and because it was summer, I was pretty set on making this a salad because lighter dishes were what I was craving. I was having problems rounding out what else should be in the salad though, and then I got a text message asking me to invent some sandwich as a gift for my friend's 40th birthday. It was then that it hit me, the halloumi and shishito combo should be served between two pieces of bread instead of in a salad, and that's how I got this sandwich which I've dubbed the "BK40" in honor of my buddy's birthday. 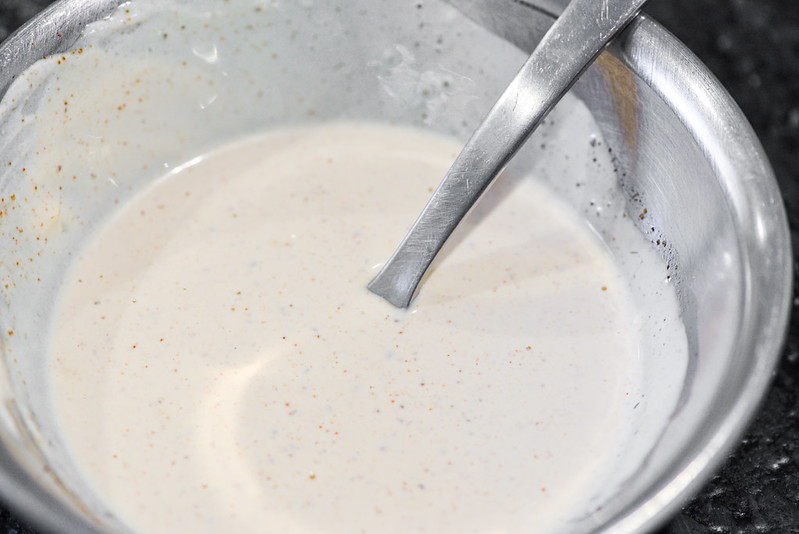 Halloumi is a hard Cypriot cheese, and more often than not, I'm enjoying it in a pita with lettuce, tomato, onion, and tzatziki. Because tzatziki is closely associated with halloumi for me, Greek yogurt is what I turned to as a base for a sauce for this sandwich. While crafting the sauce though, it wasn't tasting quite right and I began to add in mayo, eventually ending up with more mayo than yogurt, which gave a base flavor that tasted more fitting in my mind. For the other seasonings I used lime juice for a citrusy component, soy sauce for some savoriness, cumin for a background earthiness, and chipotle powder for a slight heat and smokiness. 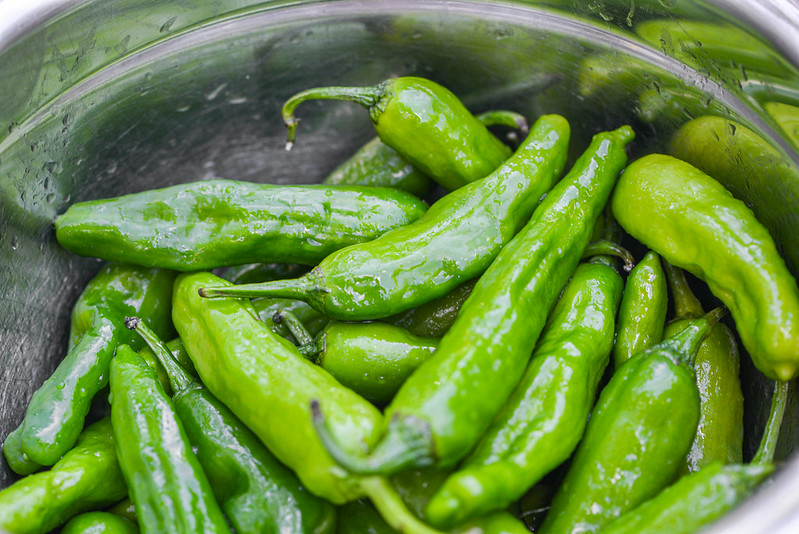 Because these shishito peppers were destined for a sandwich with a lot of other flavors, I kept their preparation as minimal as it could be—after washing the peppers I merely tossed them with a little canola oil to get them ready for grilling. 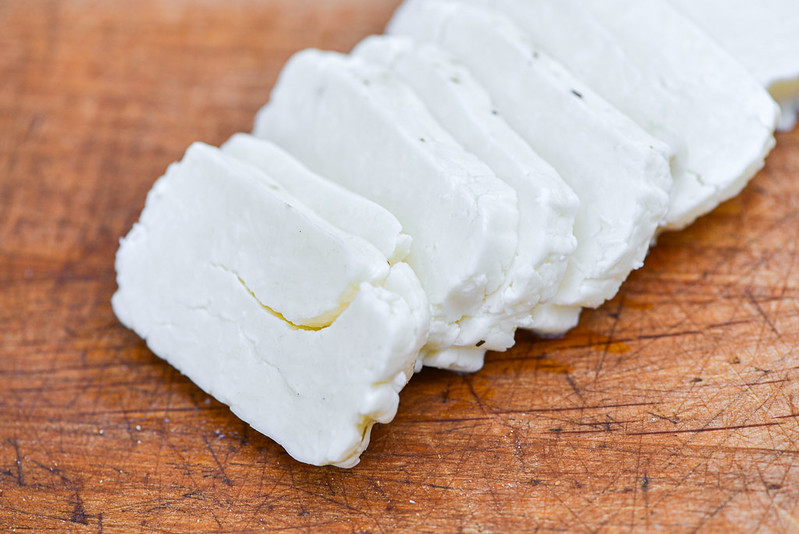 For the halloumi, I wanted to maximize the grilled flavor in the sandwich, so I actually cut the slices a bit thinner than normal to increase the surface area. I was counting on the halloumi to deliver a lot of the flavor and heft to make the end meal taste fully satisfying. 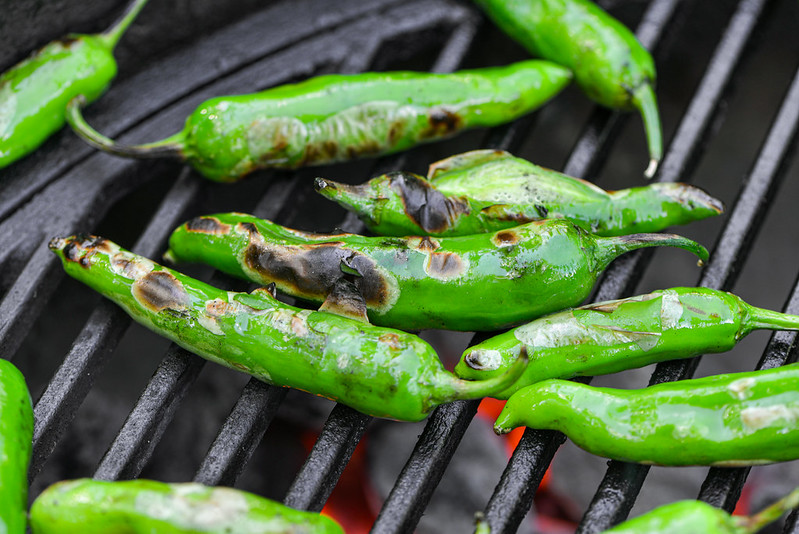 The grilling of the shishitos came first since these pepper taste great both hot and after cooling down without adverse effects. Over a freshly lit, very hot fire they cooked up incredibly quickly and I was kept constantly busy flipping and moving them around to ensure they were well blistered, bu not incinerated. 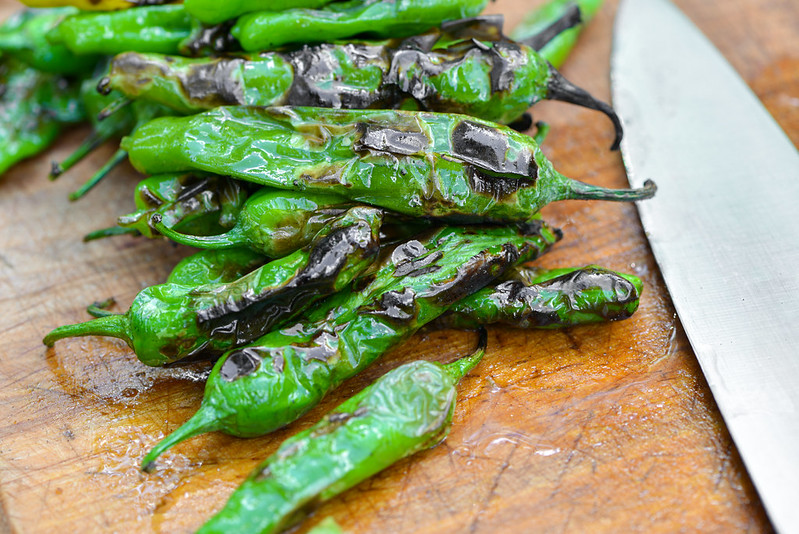 As each pepper was done, I moved it to a cutting board, and once they were all finished I removed the stems to prep them for the sandwich. I considered chopping them roughly, but shishitos are so tender that the extra process seemed unwarranted, plus the chopped peppers would be more likely to fall out than the fully in tact ones while consuming. 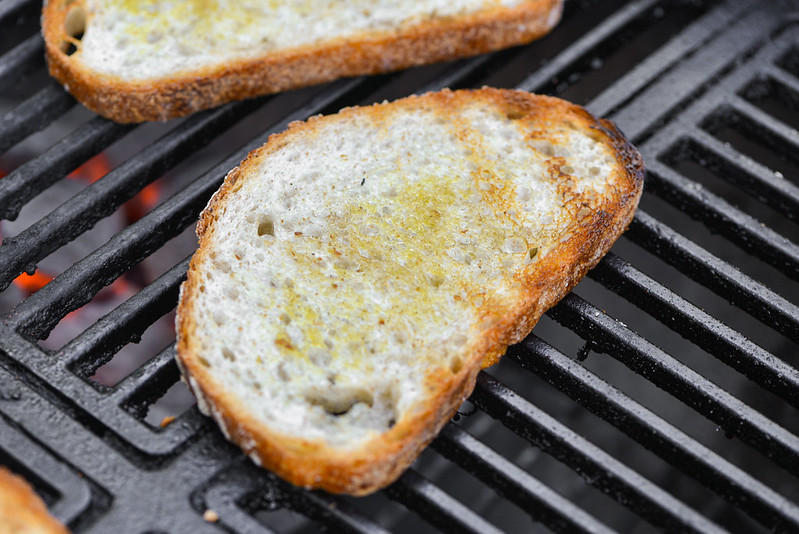 The next step was to toast the bread, which I brushed lightly with extra virgin olive oil for a little added flavor. I chose sourdough here for a tanginess that I thought would be a compliment to the other flavors captured between the slices. It only took about 30 seconds per side for the bread slices to lightly brown and crisp, and once done. I placed them on the cutting board with the peppers. 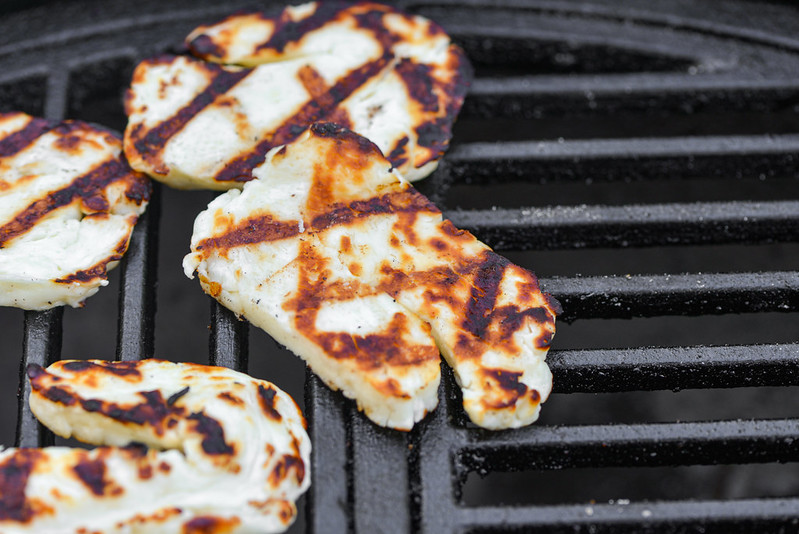 Lastly came the halloumi, which is at its best when hot, so it was important for me to be able to quickly assemble and serve the sandwiches as close to when the cheese was finished cooking as possible. I find grilling halloumi incredibly satisfying, watching it soften and brown beautifully over the fire, knowing that unique and incredible salty flavor is soon going to be part of my life. 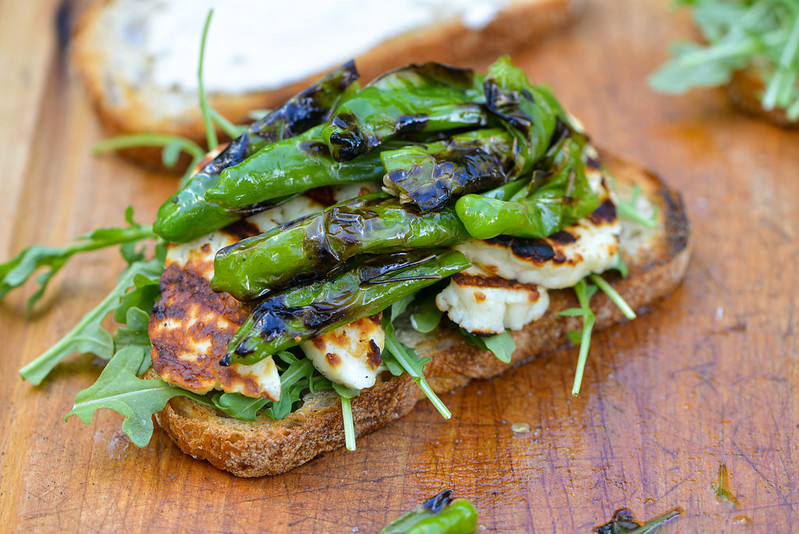 I actually kept the halloumi on the grill, in a cool spot, as I began to build the final sandwiches as extra insurance that it would be hot when served. I started by spreading sauce on each slice of bread, then piled on a small handful of arugula, the hot halloumi, and whole shishitos. I felt like this sandwich would be good, but I wasn't 100% sure of myself in this instance, so I was super excited to reach this moment of truth and dig in. 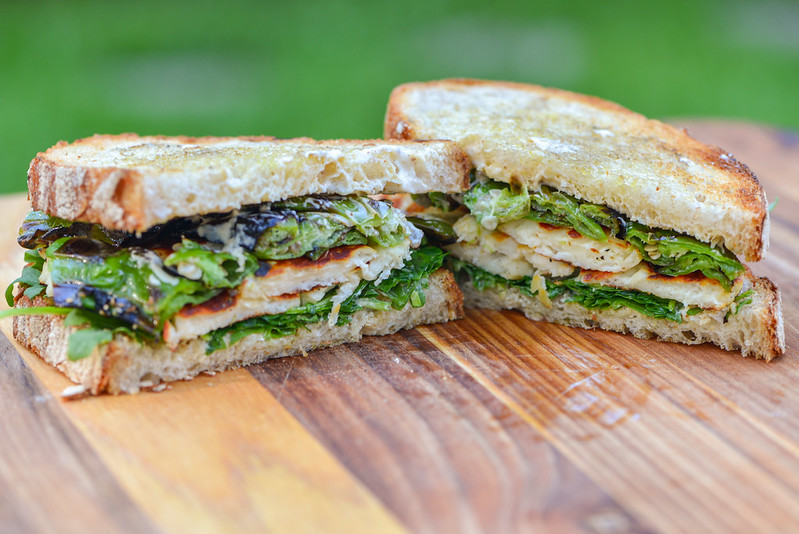 I was expecting a satisfying, but slightly understated, flavor in the sandwiches, so I was super excited when the taste went beyond my expectations. As I hoped, the halloumi delivered a heartiness and saltiness with a great grilled flavor, but the shishitos piled on another fire-kissed taste with their charred skins. Their fruitiness was also a great pairing with the cheese, and the peppery arugula and tangy sauce was really just icing on the cake for an already stellar combination. I thought I might need a little extra snack after what I was expecting to be a light dinner, but I was left full and content with this sandwich as my meal. The only thing I didn't like about it was that I wasn't actually able to cook for my friend and enjoy it with him for his birthday, but that day will come and I bet it'll taste even better once we get there.