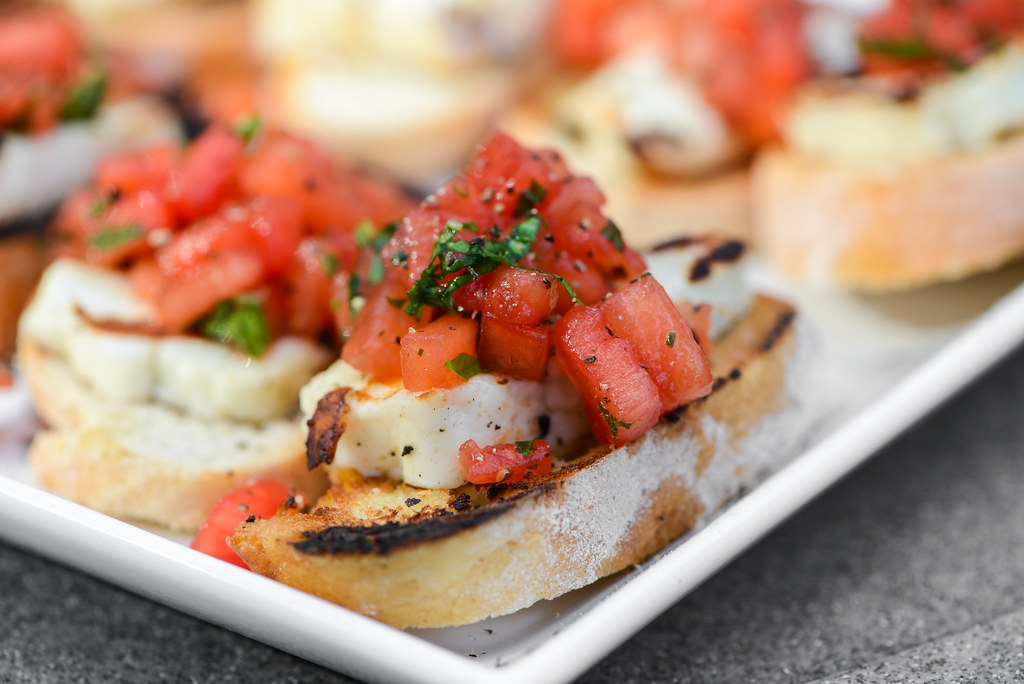 I feel like it's really summer when watermelon starts showing up at most all gatherings. This fruit is specifically designed for outdoor consumption with its dripping juice providing an equally refreshing and frustratingly messy experience that would feel out of place if it weren't enjoyed in the heat a of summer at a picnic or cookout. So to kick off what is now summer using the watermelon barometer, I give you these appropriately light toasts topped with grilled halloumi and dressed with a watermelon and mint salad. 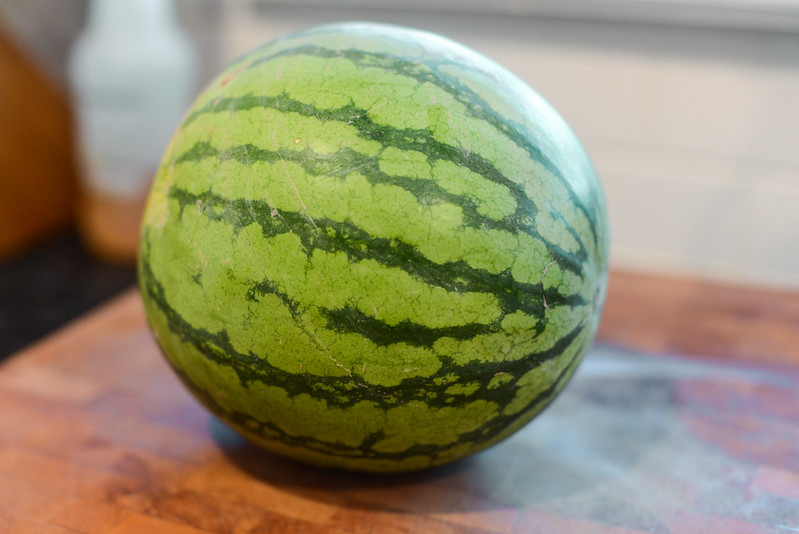 Another reason that makes watermelon so fitting in summer is the shear quantity you have to buy it in, making it a perfect choice for the numerous large gatherings that happen during this season. Even with a relatively small watermelon like this one, I only needed about half to make the recipe, but because it was Meatwave season and I had a crowd, I had a good group of friends on hand to finish the remainder—something I may not have accomplished on my own. 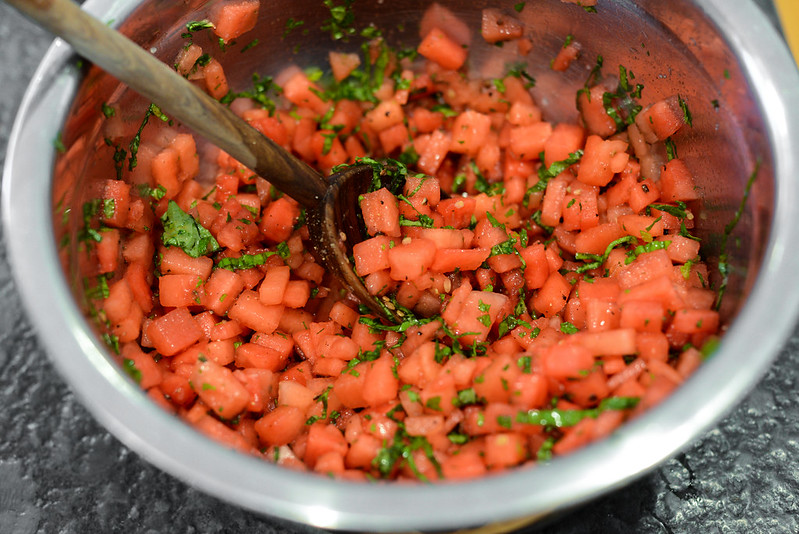 The salad portion of this dish is quite simple—it's merely diced watermelon with mint, olive oil, and a little black pepper. We're so used to eating watermelon on its own though that even the introduction of a few ingredients makes it feel very different and new. The mint here gave a rather strong herbal touch, while the black pepper added a bite that contrasted with the sweetness that tasted both surprising and oddly fitting. 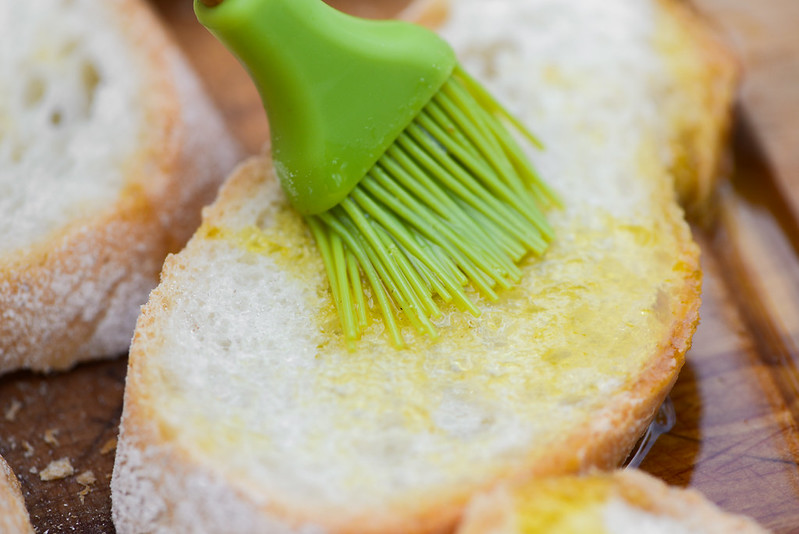 After taking a couple minutes to make the salad, it was off to the grill to toast baguette slices. I love using the grill to toast bread—I do it for most all my hot dog and hamburger buns and even use the grill to cook raw dough into pizzas, naan, and pitas as well. The only problem is a hot fire can quickly turn your bread from toasty to burnt in an instant. 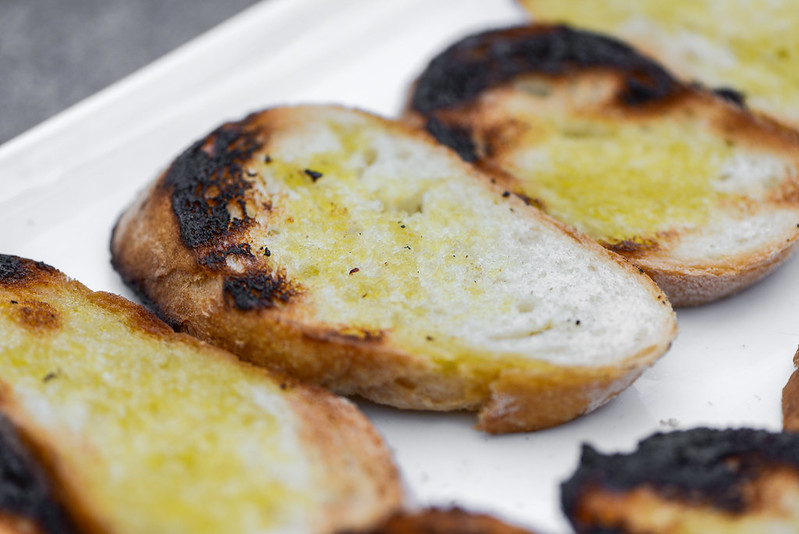 That's what happened here to some extent, with the fresh coals outputting such heat that the bread was charring so quickly that if I had stopped to take a photo of it on the grill, they would have all had been toast (in the bad sense). So I didn't get the photo, but I did get some nicely crunchy and crusty oiled pieces of bread with only light charring. 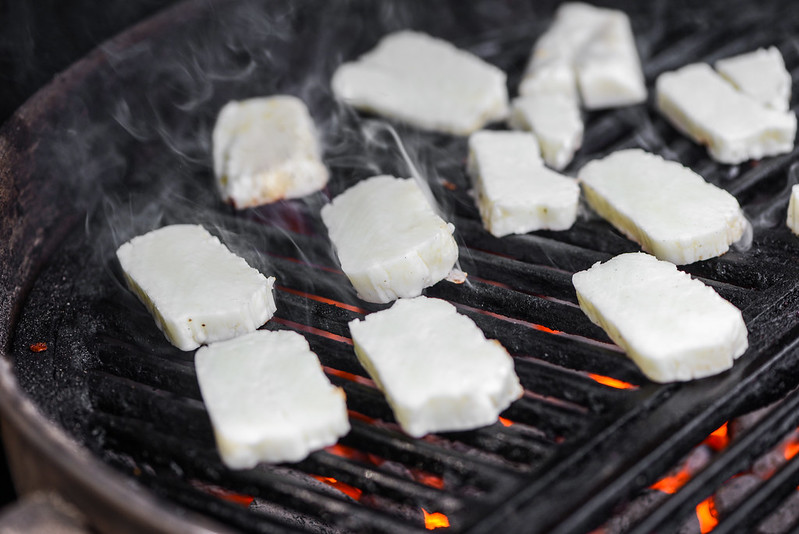 The fact that the bread cooked so fast was good because that meant the fire was still plenty hot to grill the halloumi. Halloumi is a hard sheep and cow's milk cheese from Cyprus whose high melting points makes it well suited for high heat applications like grilling or frying. The first time you use it, it may seem like a recipe for disaster as you watch the cheese smoke and sizzle over the coals. 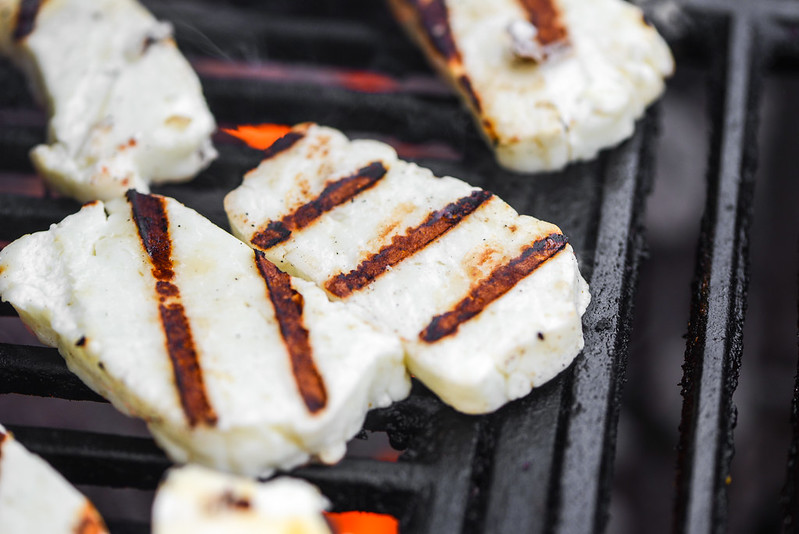 But once you flip it over, you're greeted by a cheese that's still intact with excellent grill marks and browning. I try to grill my halloumi until it has an even, medium brown sear, flipping a couple times and moving it around as needed to achieve it. 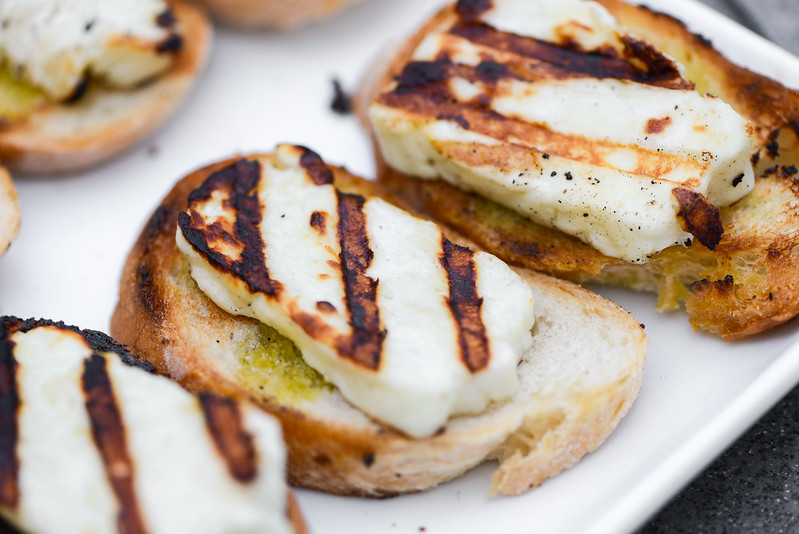 Once the cheese was done, it was time to work fast as halloumi is at its best right of the grill. So I went forth placing a slice of cheese on each piece of bread and then quickly topped those with spoonfuls of watermelon salad served. 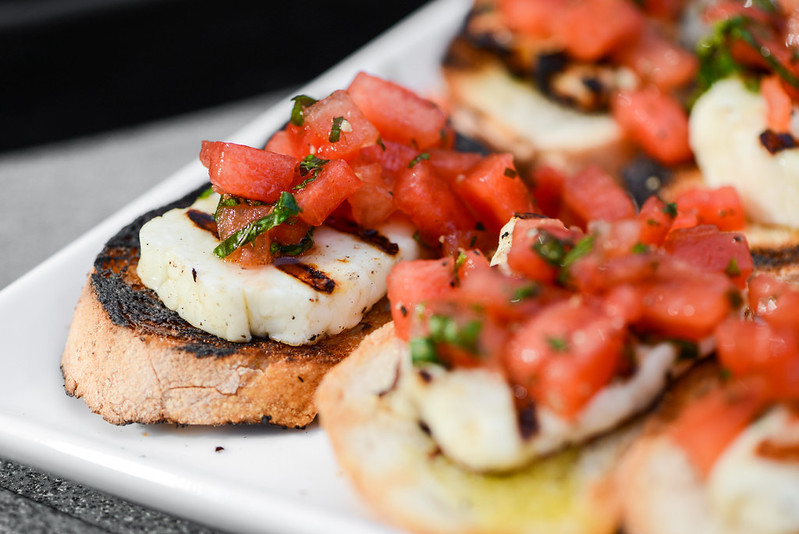 And this created the perfect taste to welcome in summer. The char on the toast actually added a nice grilled flavor that felt appropriate, while the squeaky halloumi provided a mixture of tang and saltiness and the watermelon salad lent the final summery touch with its fruitiness, sweetness, and freshness. They were wonderful little bites that would serve as a great appetizer to kick off any cookout this season, and a way to make use of the required watermelon in a very unique fashion. 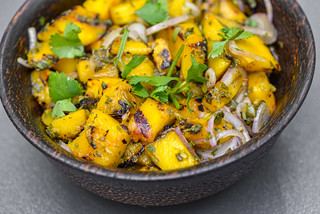