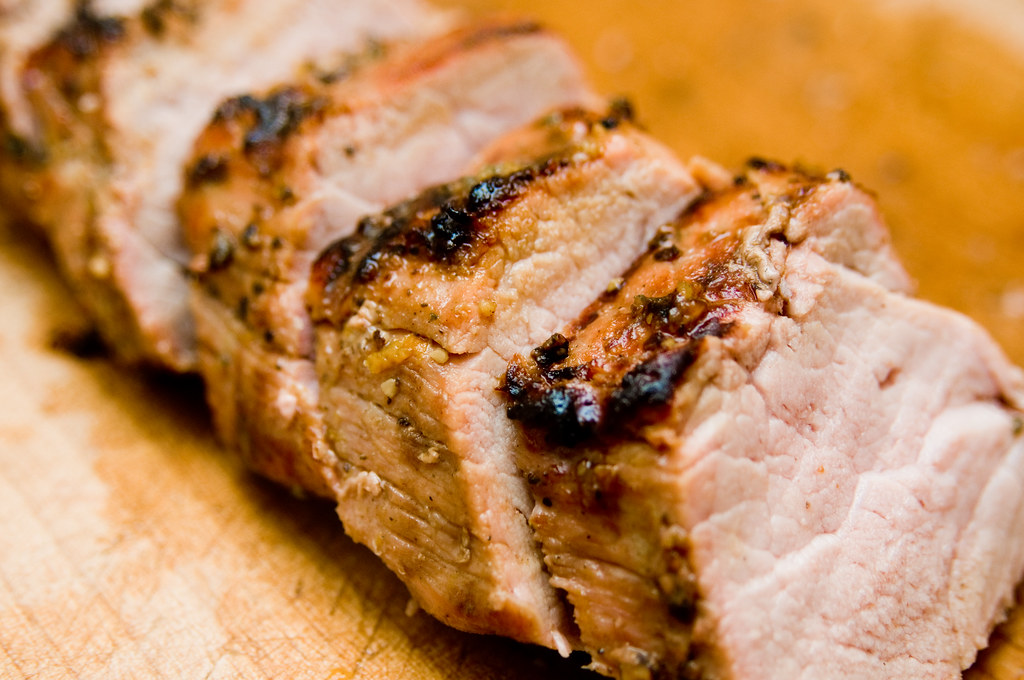 It's been a little over a year since my infamous pork disaster, a pork tenderloin that neither cooked well or tasted that great. I think that experience left me skittish on the whole tenderloin thing, not even attempting a second shot at something that I know should be delicious. I figured it was high time to lay my fears aside and take another go at it, and the result this time not only quelled any self-doubt, but also have left me wanting more. 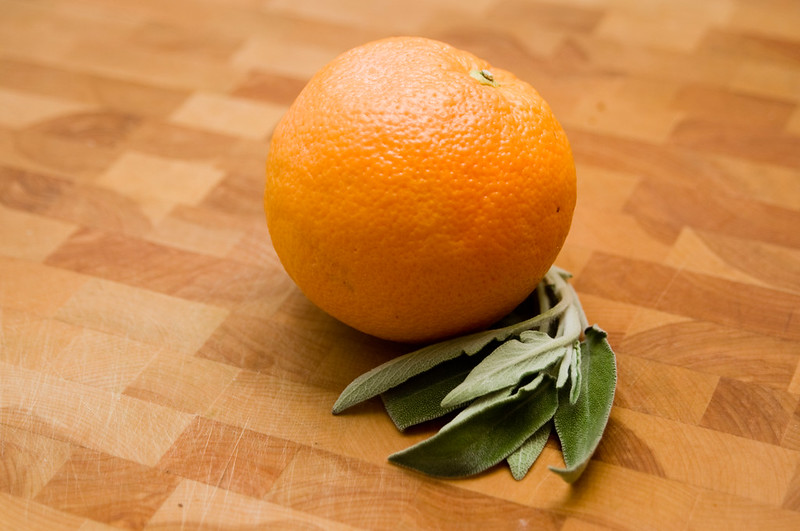 I have to admit, this pork tenderloin was born more out of desperation than any need to prove to myself that I can do it. The stage was set when I decided I'd like to do a Mother's Day grilling piece over at Serious Eats. Pondering what one would grill for Mother's Day and drawing blanks, I decided to ask the source directly and sent my Mom an email asking what her ideal Mother's Day grill feast would entail. Her first reply was exactly what you'd want to hear from any good Jewish mother, "Pork!" She was referring directly to a pulled pork I made her a few years back, but seeing as that might not be the best representation of this holiday, I used it as a point of interpretation to find a suitable Mother's Day recipe. 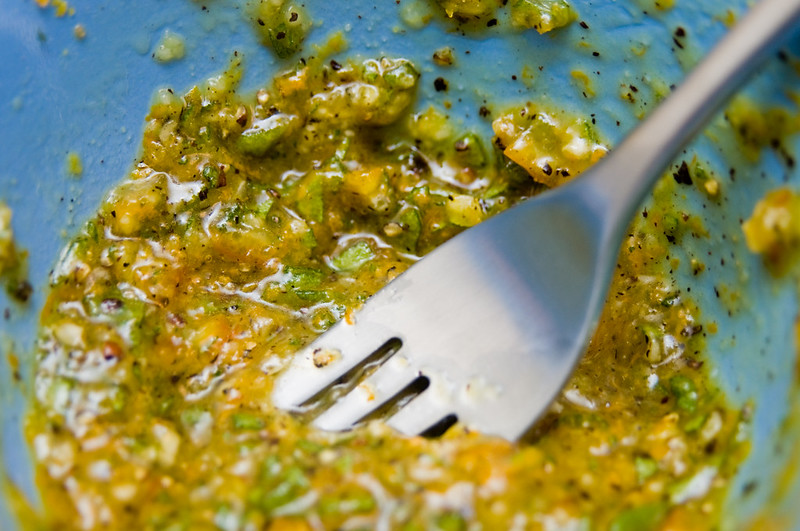 When I think of Mother's Day, I don't necessarily think grilling. Instead a brunch affair seems to be what's implanted in my mind. So I had two goals set for this dish, pork and brunch, which collided as a recipe for an orange, sage, and garlic rubbed pork tenderloin. The smells and flavors of orange and sage seem uniquely "brunchy" to me, and I don't know if it's just because it was on my mind, but the aromas did trigger flashbacks of brunches with my Mother while building the rub. 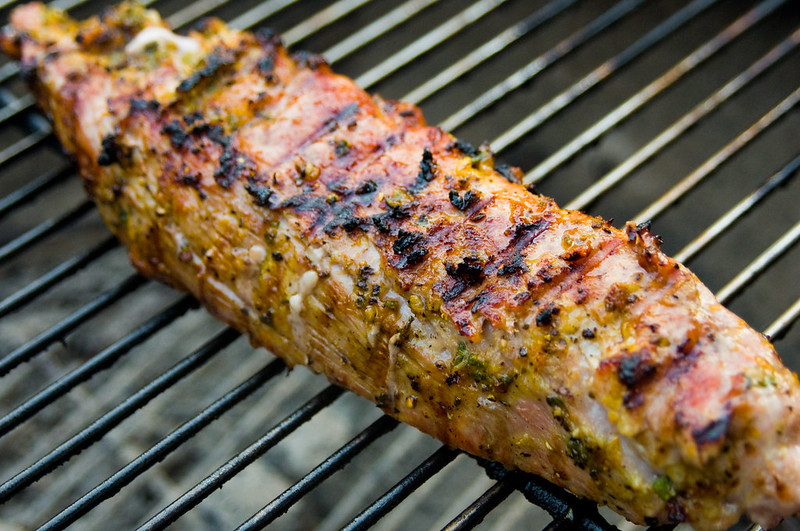 Feeling a sense of accomplishment already in the right choice of recipe, I set out to grill this beauty of a tenderloin with unbridled optimism. I think this helped me achieve further success, as everything seemed to go right this time around. The pork cooked exactly as the recipe had stated, and looked absolutely beautiful when sliced. 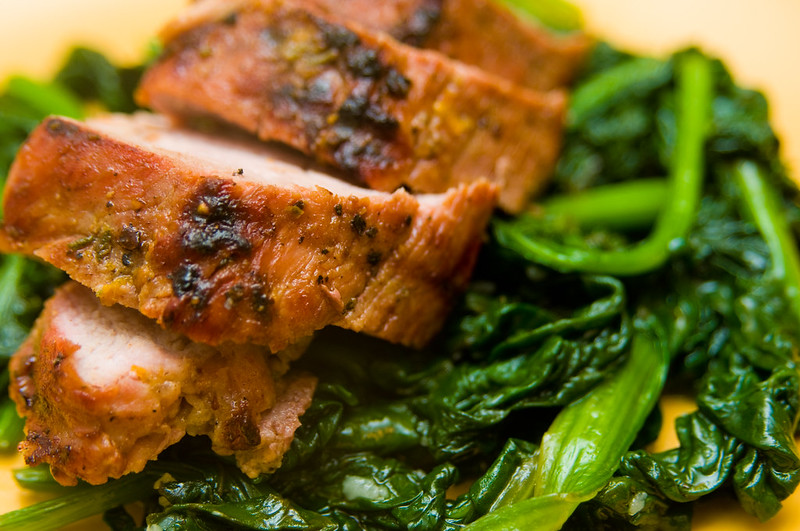 The final test had come that would define whether I had triumphed over something that was once so disastrous for me. I took a first bite, heavenly. In that bite the smells that had brought me back to times with my Mother transferred perfectly, creating the same sensation through taste. I took a second bite, bland and uninspired. The rest of the meal carried on in that matter, alternating between the beautiful and disappointing. I see the problem as two-fold, first the rub may not have been applied evenly enough, causing some pieces to be perfectly seasoned and leaving others with nothing much at all. Secondly, the fire may have burnt away some of the thinner pockets of rub, further contributing to the problem. Both of these problems can be easily fixed though, either by applying more rub or reapplying during the cooking process. Although not yet perfect, the pork tenderloin left me with renewed faith in my ability to cook this cut of pork and already has me planning my next attempt.

Adapted from The Cook's Illustrated Guide To Grilling And Barbecue 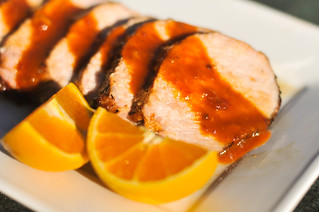 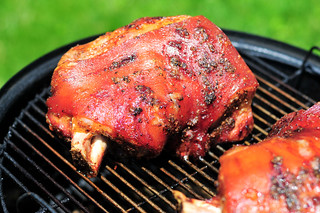