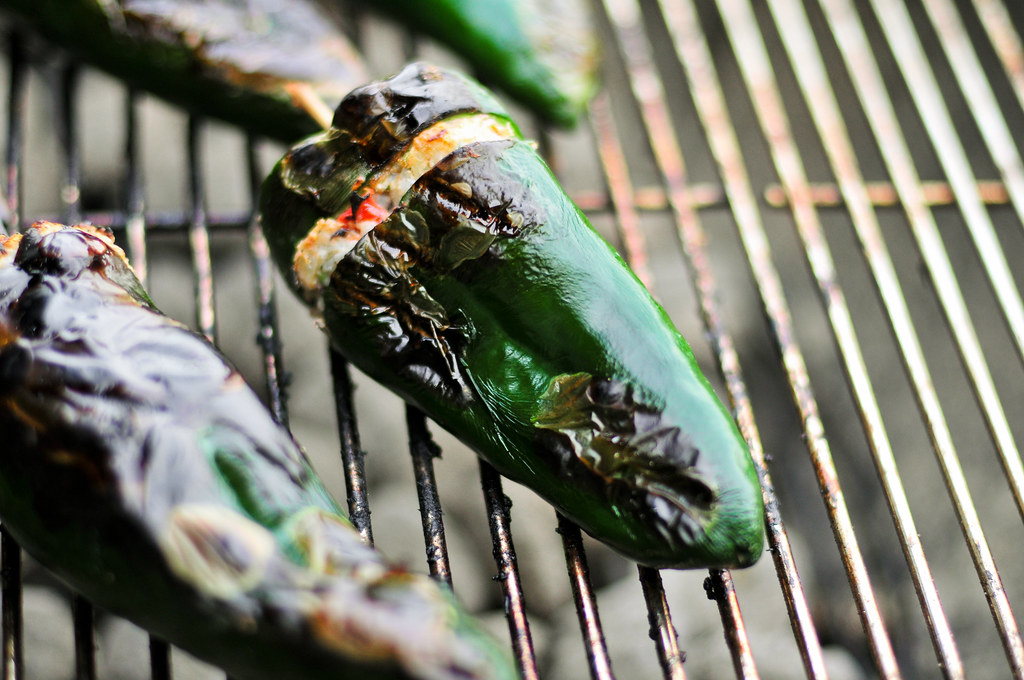 I'm gearing up for my all-time favorite eating holiday every—Cinco de Mayo! Mexican and Tex-Mex rank up with barbecue as cuisines I could not live without, and like-wise, I cook a whole lot of Mexican at home. You can already put together an excellent party menu from past greats like skirt steak fajitas, chicken tacos, tomatillo salsa, and Mexican-style elote. A current kick I've been on is stuffing poblano peppers, a la chile rellenos, but taking them to the grill instead of the fryer. This particular incarnation of stuffed poblanos with black beans and cheese is just one example of how insanely delicious these can be. 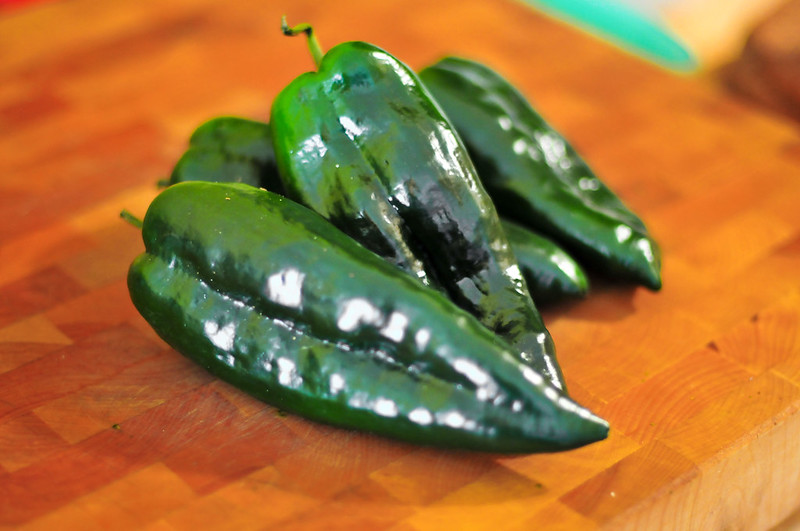 I've long ditched the bell pepper for stuffing and have been trending entirely with poblanos, which I declare the ultimate pepper for the job. Why you ask? That's easy, they're the proper size to take on a good amount of stuffing, while not so much that the filling takes over the dish. This allows its fruity flavor and mild heat be components in the final dish, something that I think is missed with the comparatively flavorless bell pepper. 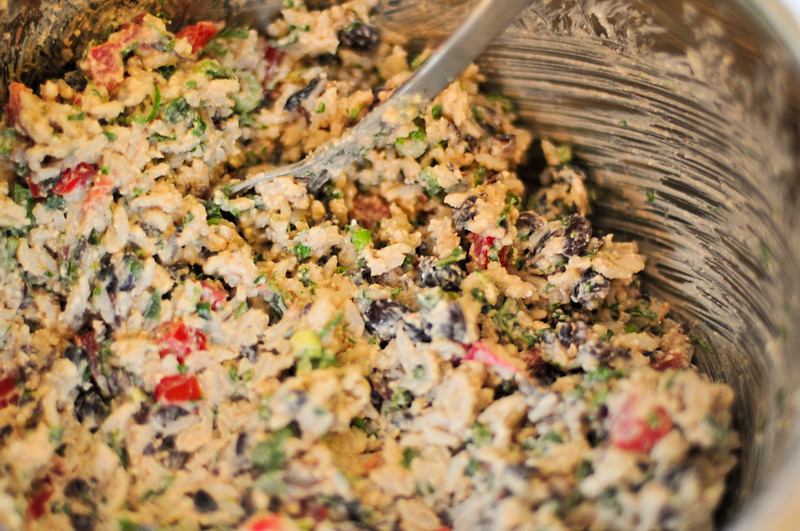 When building a stuffing for poblanos, you want to find a mixture that will compliment the natural flavors of the poblano. I found this in a recipe from Chow, where rice, black beans, cumin, sour cream, Cotija, cilantro, tomatoes, scallions, and jalapeno are combined together to make a filling that has a creamy, tangy, and fresh flavor, but ultimately is missing something on its own. 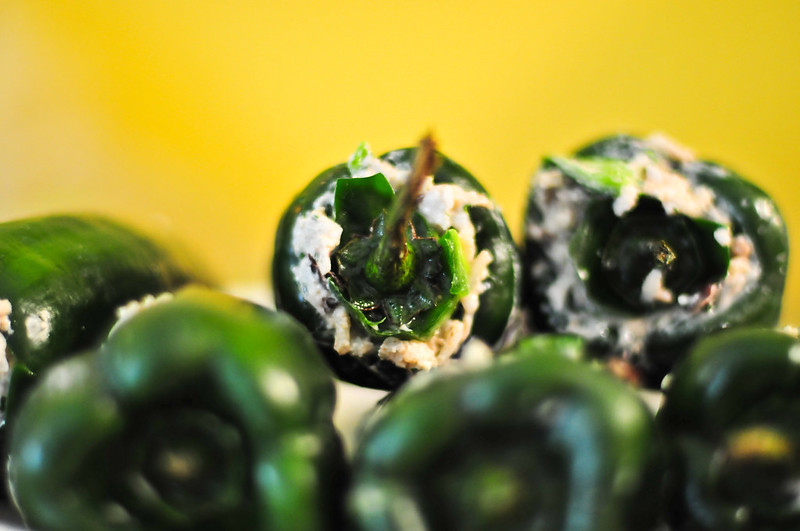 That something is completed once stuffed into a poblano. Stuffing brings up the one downside to the poblano—sometimes their irregular shape can make them a challenge to stuff. On this earlier attempt, I cut small holes in the top of the peppers and spooned in the filling. Since then, I've preferred to just halve them, stuff, then cook them open face. Either way works, it just depends on the effort you want to put in. 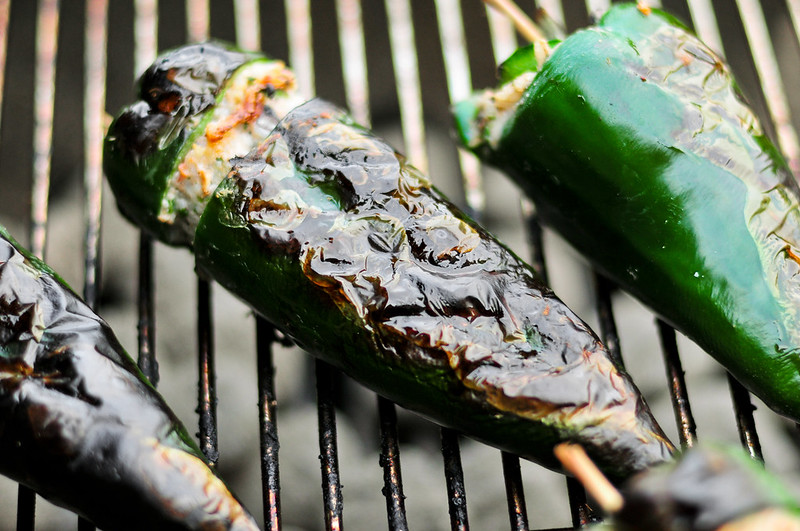 On the grill, the peppers cook until softened and blackened on the outside. This takes some time, about 30 minutes, so it's important to ensure your stuffing to have enough moisture to start to survive the cook. In this recipe that comes in the form of sour cream, beans, and tomatoes, whose excess liquid is also absorbed into the undercooked rice. 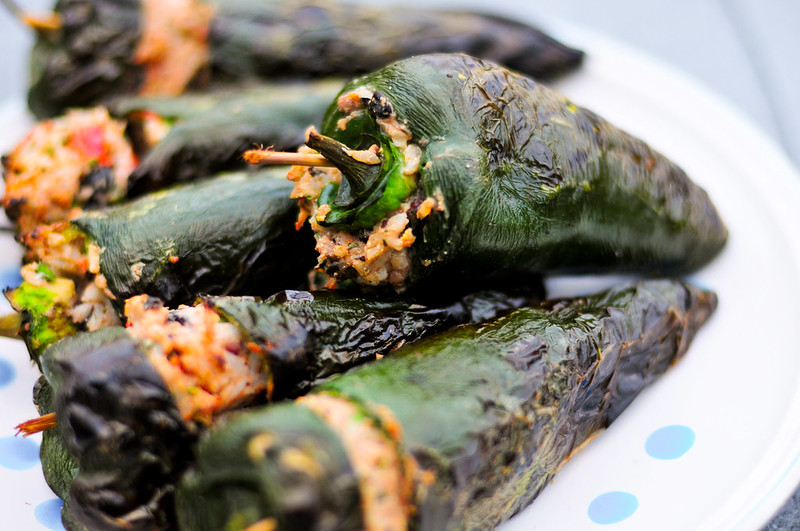 The end result is a soft poblano with a creamy, cohesive filling, whose tangy and fresh flavors pairs incredibly well with the fruity poblano. This was one of my first experiments with stuffed poblanos, and since then it's something I'm constantly going back to and trying out new recipes. The chorizo-stuffed ones were really something special, but I guess that's a story for the next Cinco de Mayo. 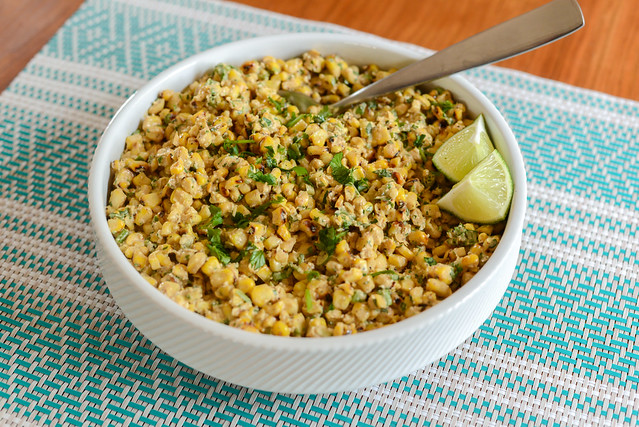 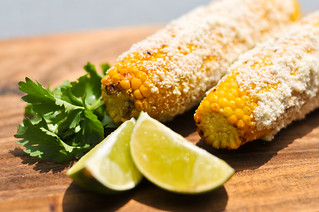 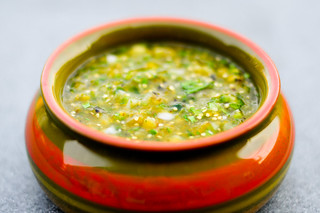