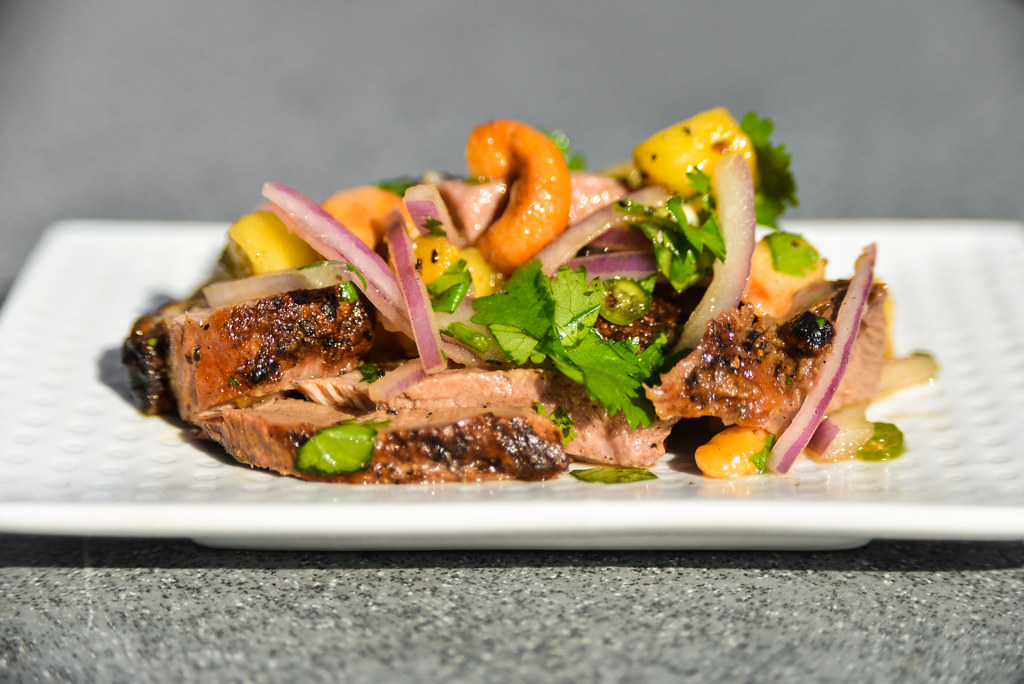 When it comes to the run-of-the-mill Thai restaurants, you can count on me being predictable—pad kee mao and fried spring rolls is my order of choice. At the more authentic Thai joints though, I go crazy for the smorgasbord of spicy dishes that showcase the deep complexity of Thai cuisine that can span sweet to sour to tangy to bright and so much more. The standard corner Thai restaurants never really seem to achieve this in a way that piques my taste buds, which is why I stick to the almost always fulfilling broad noodles with spicy basil. There is one dish though I've found to be fairly consistently on menus at all Thai joints that starts to get at this richer contrast of flavors—spicy duck salad. 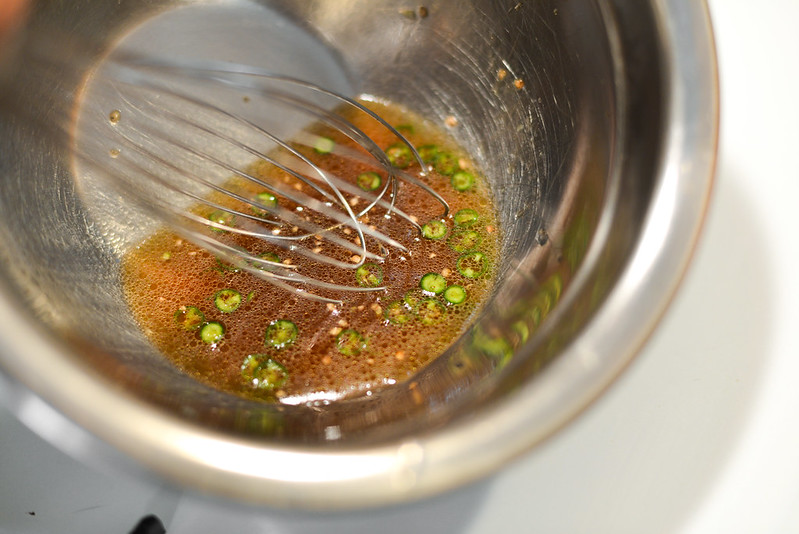 I can't say with any certainty that spicy duck salad is authentic, and based on the variations I've come across that are seemingly bent towards a Western tongue, I'd assume it's not. It's still a incredible dish, which begins building the salty, spicy, fresh, tangy, and umami components of Thai cuisine with a dressing made of fish sauce, lime juice, palm sugar, Thai chilies, and sesame oil. 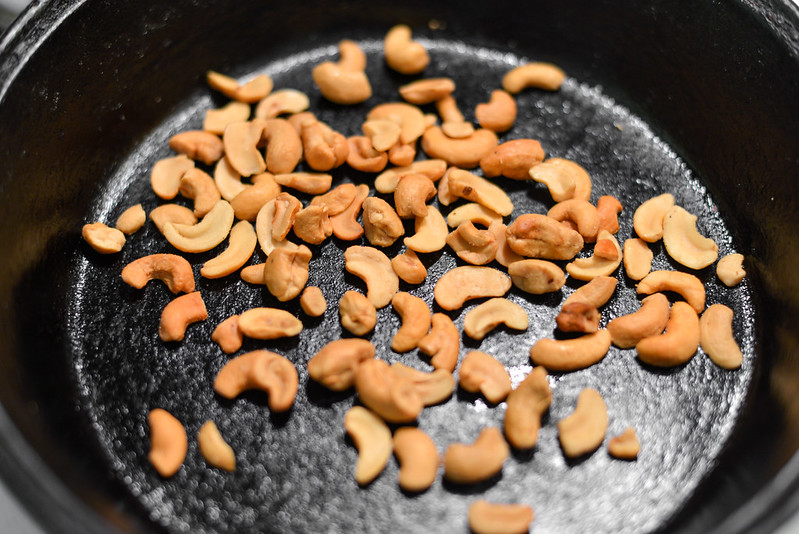 From there, each piece of this salad continues to build a contrast of flavors and textures. This started with crunchy cashews that I toasted in a cast iron skillet to enhance their smooth, nutty flavor. 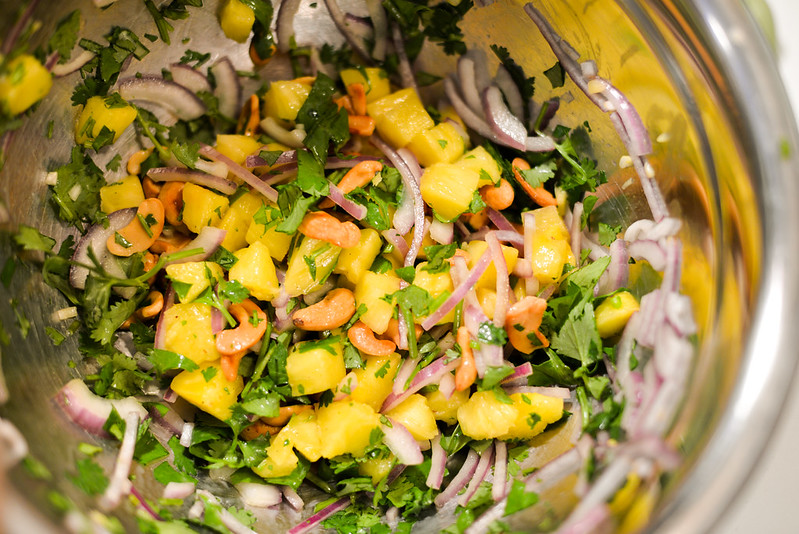 I added the nuts to a large bowl with the other salad ingredients. These included cilantro for a fresh touch, thinly sliced raw red onion for another crunch and sharp bite, and pineapple for a bright fruity sweetness along with a burst of juiciness. 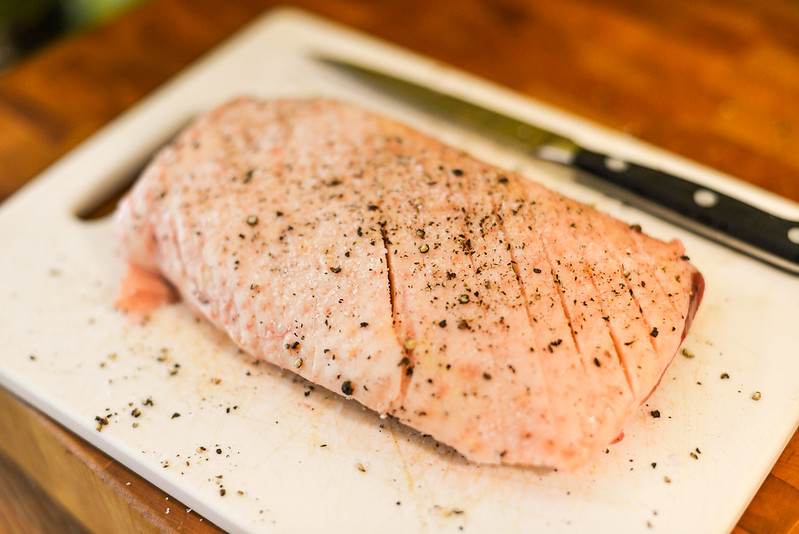 So now all that was missing was the duck. This salad is often billed as "crispy duck salad" because the duck is pan fried until so crisp that even the introduction of a dressing won't lessen its crunch. I knew I wasn't going to be able to achieve that level of crisp on the grill, but I have come up with a method of grilling duck to at least bring a little crunch to that delectable skin. 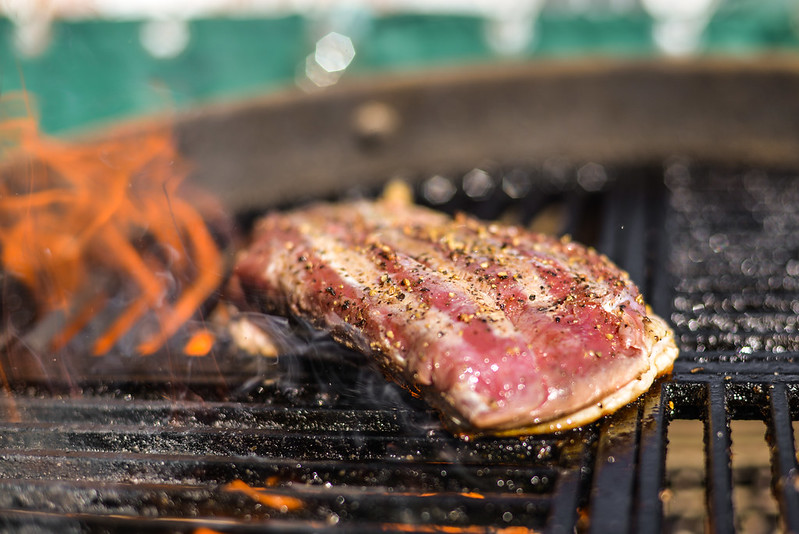 The trick to doing this is scoring the skin to expose the fat, but not so deep you hit the meat. When placed over direct heat, these slits provide an avenue for the immense layer of fat under the skin to render out of. This rendering fat coats the skin and also hits the fire, which results in towers of flames called flare ups. If the duck becomes totally engulfed in fire, that's a bad thing and it should be moved, but little, short-lived wisps of fire are actually an advantage here—the intense heat crisps the skin to a point. 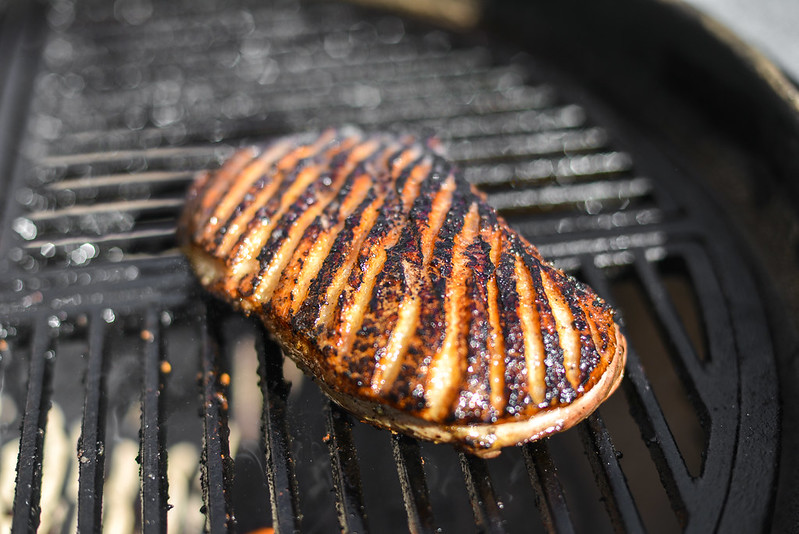 After a quick stint over direct heat, the duck turned out like this. It may look a little dark, but that skin had a light crunch and nice char that made it taste uniquely grilled. It certainly was not crackling like you'd get in a pan, but that's not the point of grilled duck in the first place.

Once the skin was crisped, the duck wasn't quite finished cooking yet. So to finish it up, I moved it over to indirect heat, covered the grill, and let it gently cook until it reached the happy 130°F medium I was shooting for to get the most flavorful and juicy meat. 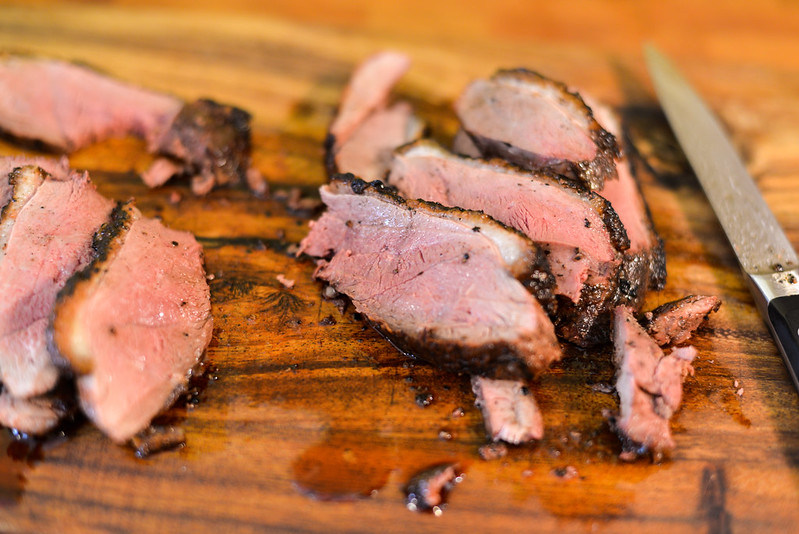 Once done and rested, I sliced the duck into thin strips. Since this is a salad, I wanted the pieces to be bite size so no cutting would be required once assembled into the final dish. 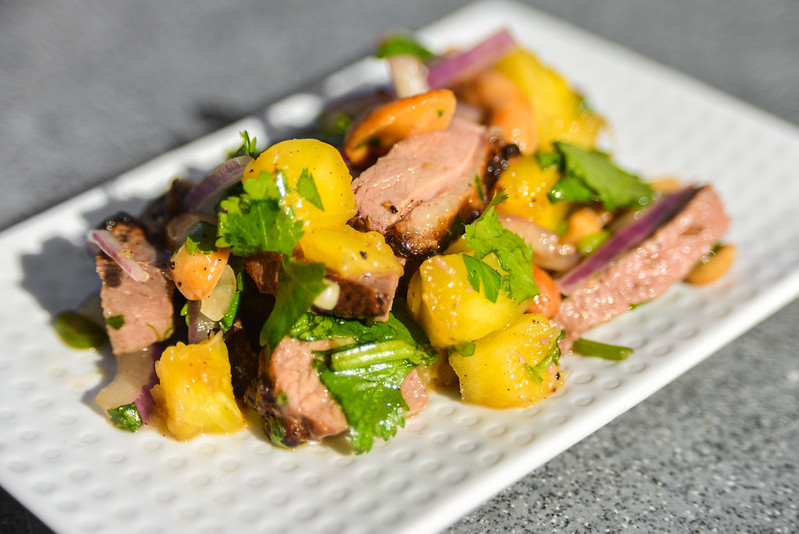 The end product was and intoxicating juxtaposition of flavors that I think describes why Thai food is so great. This may be a little Americanized, but it certainly got to the essence of the sea of contrasts in Thai cuisine that was an interplay between elements like the briny fish sauce, hot peppers, substantial meatiness, sweet pineapple, and more. Now if only every dish at my local Thai joints could be as delicious as this, I wouldn't have to travel deeper into Queens on regular occasions to satisfy my real Thai cravings. 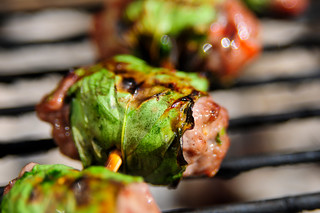 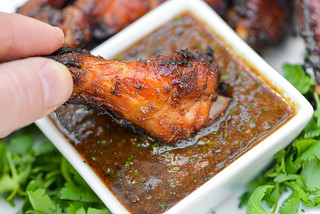