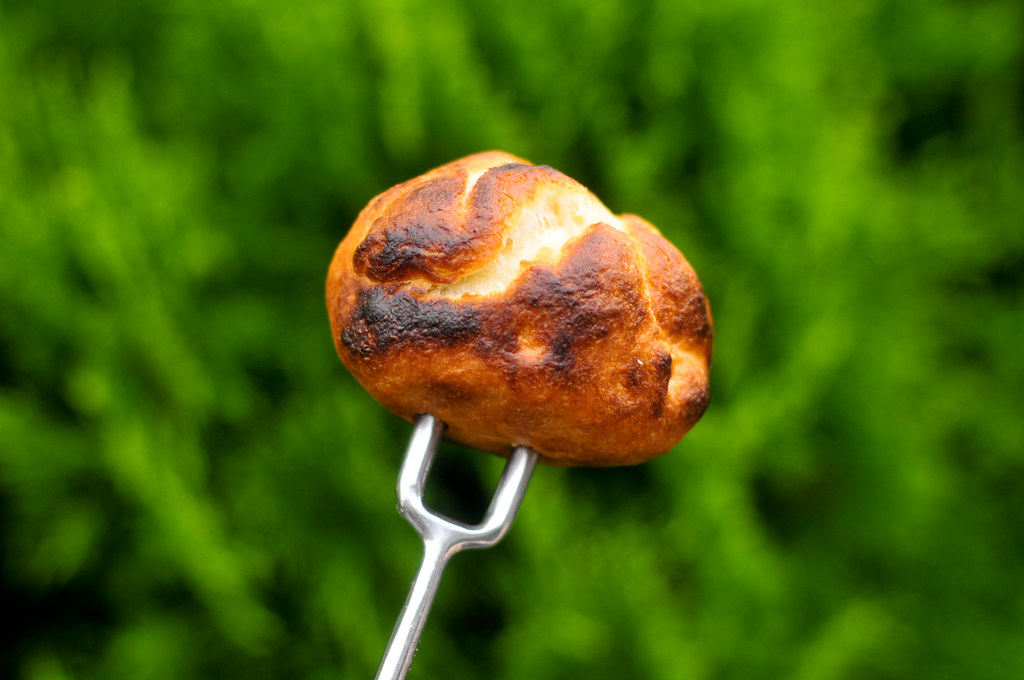 There are some people that are just pure genius, my good friend Chris falls into that category. Being separated by the distance between New York and Chicago, we don't see each other much, but when we do, it's often life changing. The last time he was in New York, way back in 2003, he told tales of how the Windy City was experiencing a full on Meatwave, and from that came all of this. He stopped by for a quick visit this winter with another nugget of brilliance, explaining the concept of the meatwad, leaving me once again bowing to his greatness. So without further adieu, I'm ready to drop some Meatwad my knowledge unto you. 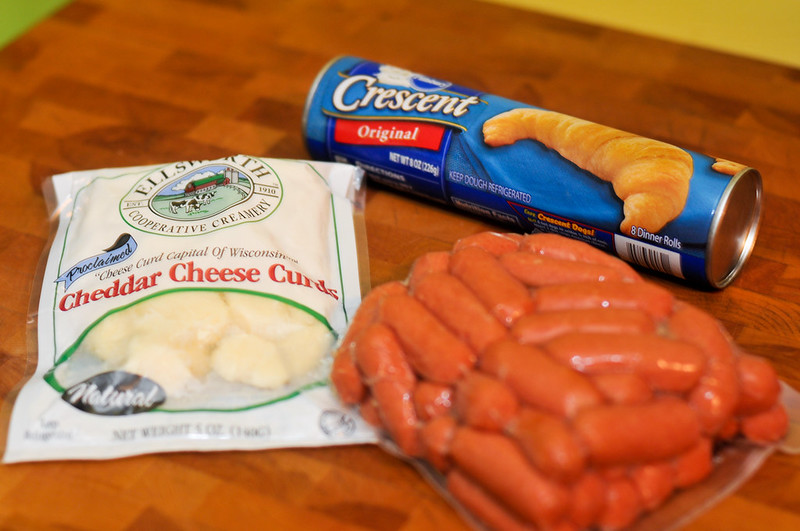 So what is a Meatwad? I've been leaving some of you in the dark for weeks now, but here's the reveal: little smokies and a cheese curd wrapped up in a Pillsbury Crescent Roll then skewer and cooked over an open fire. You might be left asking, "Is that just a glorified pig in a blanket?" Why, yes it is, and boy is it a glorious thing. 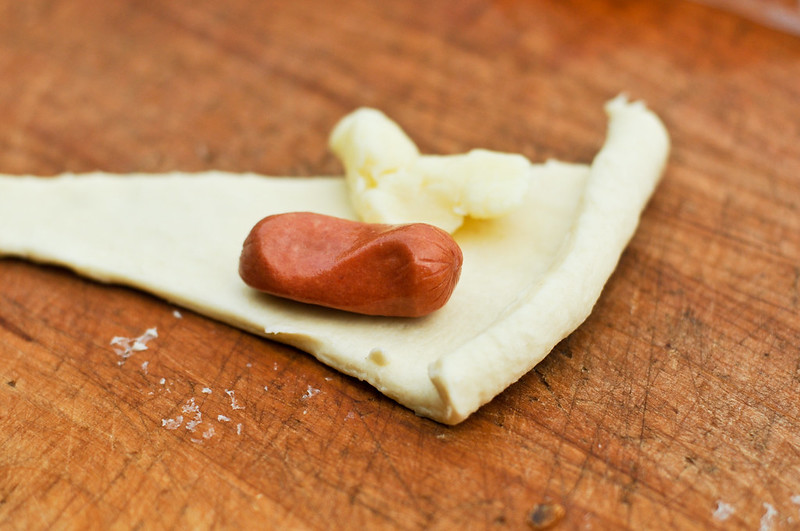 Seemingly simply, but wonderfully complex, the meatwad is here to impress. Being meatwad novices, it actually took a few rounds for us to perfect the assembly and technique to experience all the greatness this little bundle has to impart. 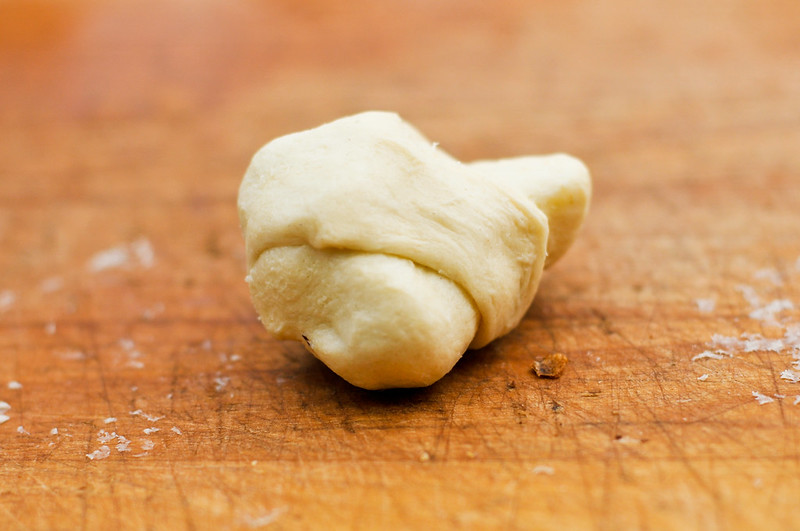 First hurdle was the wadding. Our earlier attempts treated the meatwads as pigs in a blanket, splitting the triangular dough in half, then rolling it in a way that left the hot dog edges exposed. We quickly learned this is a recipe for some leaky cheese, and any loss of the curd is a down right dirty shame. So wadding must be done with the whole triangle of dough, wrapped to completely encase the frank and curd. 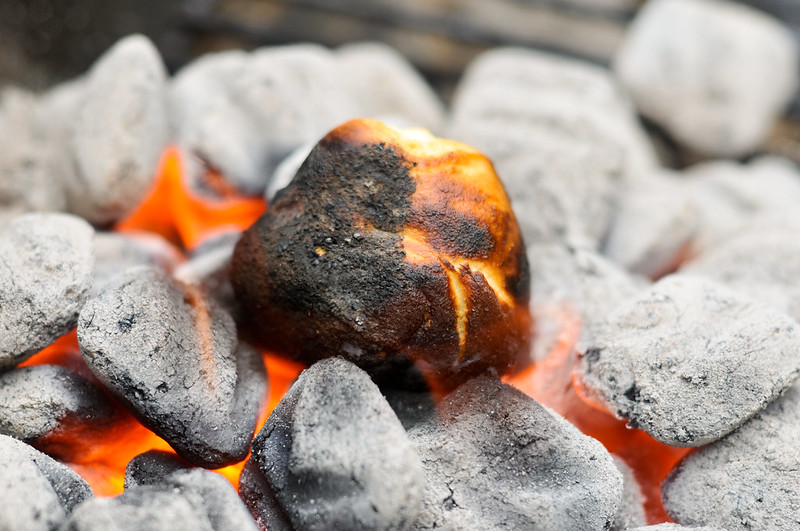 Next lesson was the saddest, our first meatwad was claimed by the coals. With such excitement brewing over getting the initial taste, this ranked up there as one of the most disastrous moments in my life. As the meatwadding continued we learned two important things to avoid further loss: the wads must be skewered through the hot dog to be properly secured and you must always keep your eye on the prize. Any momentary lapse in vigilance could easily result in meatwad slippage and ultimate doom. 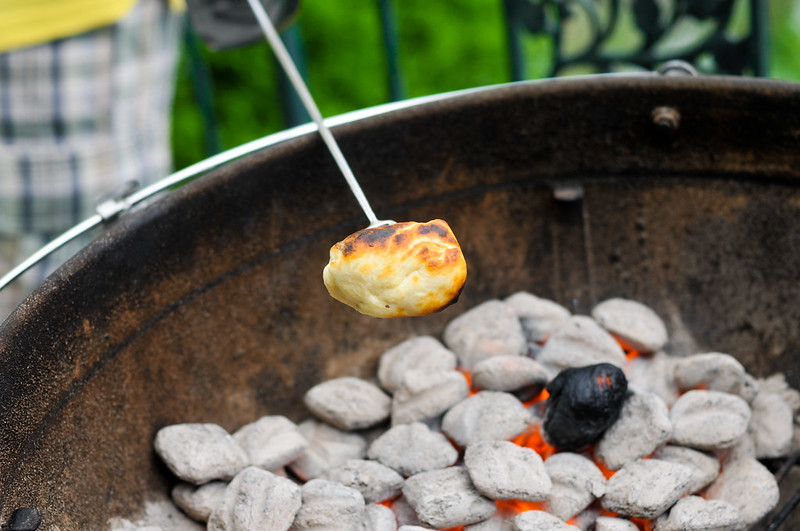 With the meatwads properly wrapped and secured, a third problem arose, burning or undercooked dough. There seemed to be a happy medium between too close and too far away from the fire to perfectly cook and brown the dough, but it took a few wads to find it. Those afraid to get too close to flames found themselves with rawness issues, while those too eager to get their meatwads cooked and went a little too close to the coals had to deal with a burnt crust. It was also necessary to flip the meatwad on the skewer about half way through for even cooking. 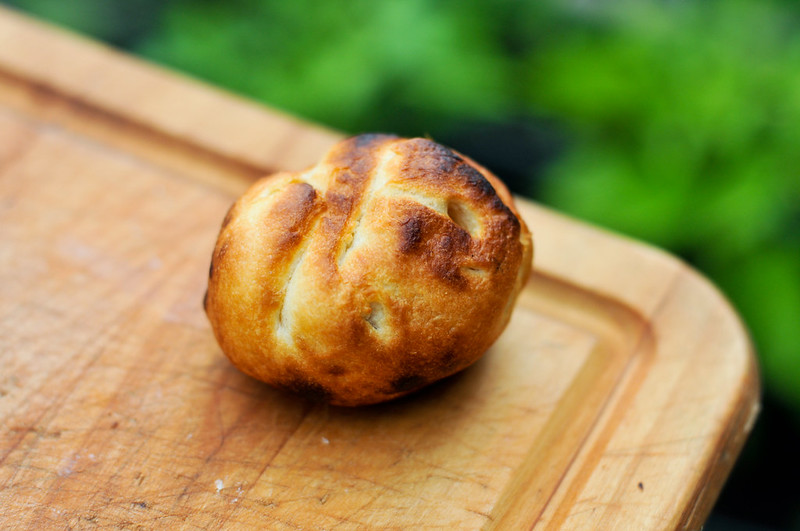 With all of that, came this—the ideal meatwad. What sounded like a no brainier ended up requiring a bit of skill to achieve perfection. It was well worth the trial and an error to get to the outstanding end result. 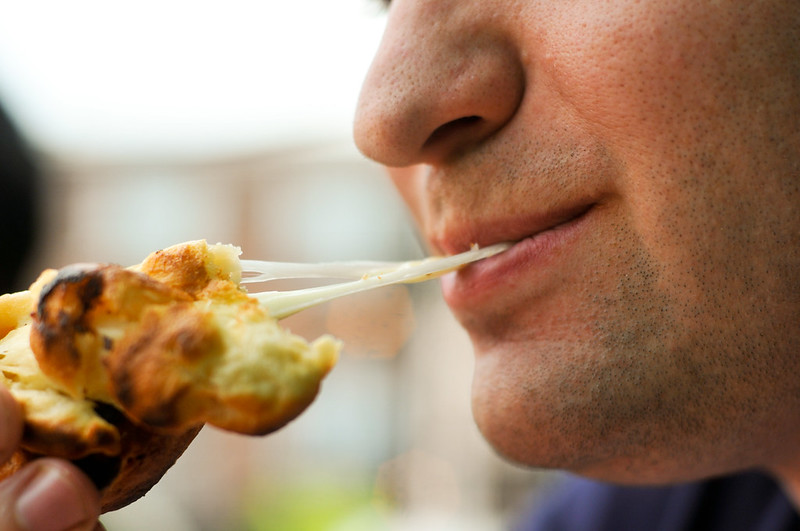 What a thing of beauty it was. Watching cheese string between mouth and wad was a sight to behold, one that made resistance for seconds, thirds, and fourths completely futile—they truly were like pigs in a blanket on crack. The invasion of the Meatwads may have just begun, but they're here to conquer all, and it won't be long until we're all hailing to these delicious overlords.