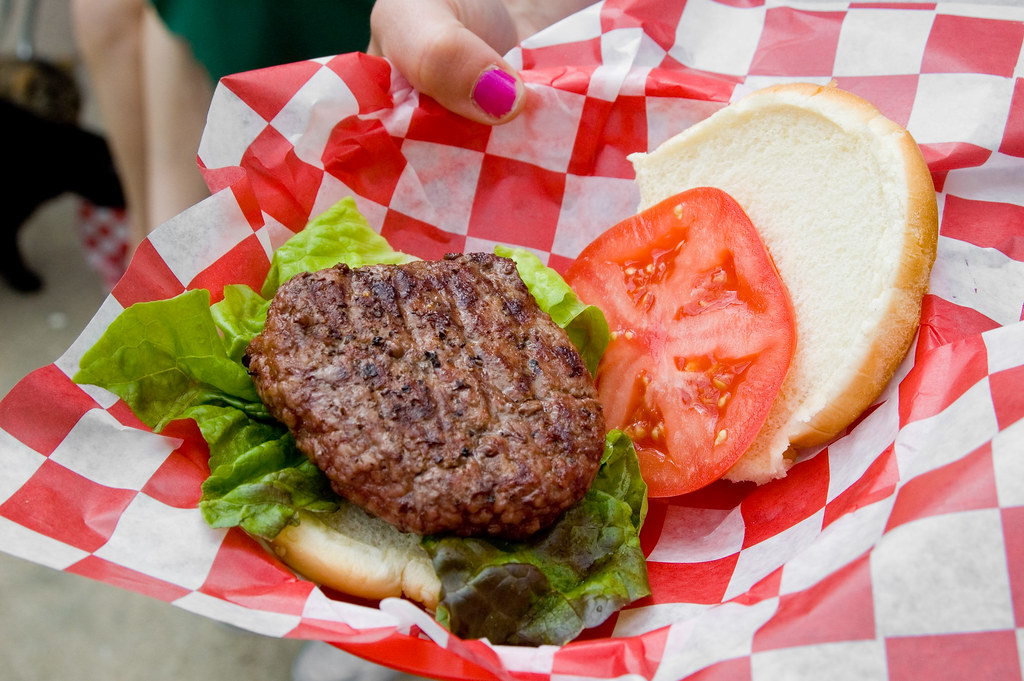 It was bound to happen, so I guess it's best to just get it out of the way; Shake Shack. God knows those two words did not need even one more utterance in a blog anywhere, but I went ahead and said them. It's over, done with, and now I can go on.

The Meatwave and mother nature have has a rocky relationship since the begging, with first ever Meatwave, Meatmorial Day, being canceled due to rain. Ever since then the kickoff of the season has always been plagued by rain and cold weather, and it seemed this year would be no different with some ominous weather reports. Although I always remain hopeful that The Meatwave will triumph over the elements, I decided to proceed with caution and not go crazy buying a ton of meat that might not get eaten. I figured burgers were a good place to start, since I have my new meat grinding toy, and even if we were to get rained out, I could still make my patties and freeze them for later use. As I expected, the meat was victorious: the sun was shining, the weather warmed up, and besides a quick passing shower, it was one hell of a great Meatwave. 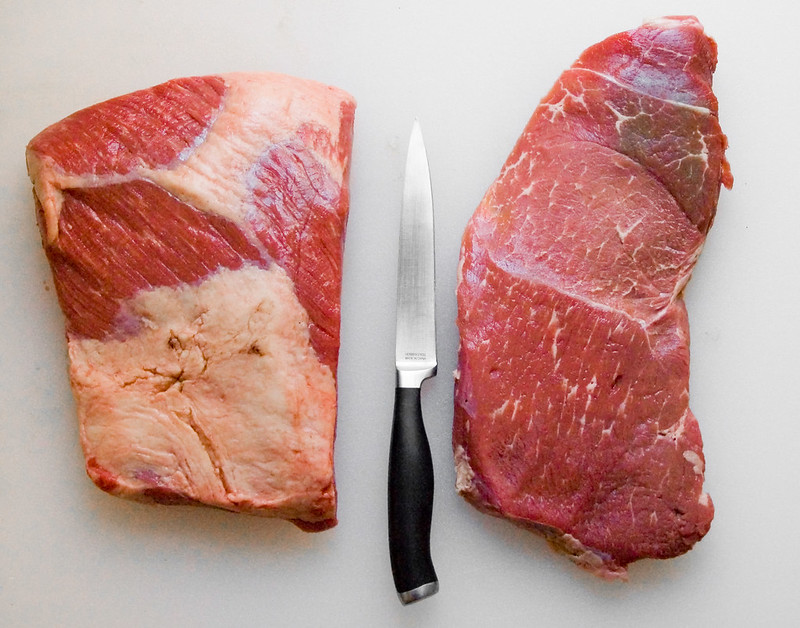 Burgers have never been a specialty of mine. Not that my burgers were bad, but they just weren't anything to write home about. I was on a mission to change that though, and I enlisted the help of my trusty meat grinder to help.

My first plan of action was to quit buying pre-ground beef and start grinding my own, a step I was positive would already be sending me in the right direction. My second change was to take a cue from the much beloved (and blogged) Shake Shack and do a mixture of brisket and sirloin. 2:1 brisket to sirloin seemed to be a good place to start, so I bought 4 lbs of brisket and 2 lbs of sirloin tip. 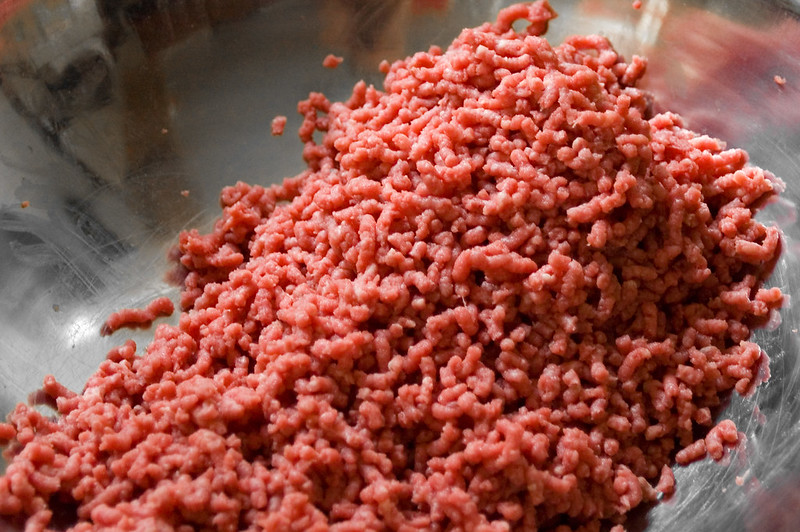 Since grinding my own meat is new and uncharted territory for me, I thought this would be another good place for experimentation. I sent the 2 meats through the grinder once with a coarse plate, then again with the fine plate. With this I was hoping to achieve a good distribution of the fatty brisket with the sirloin, along with a texture that would make a good burger. 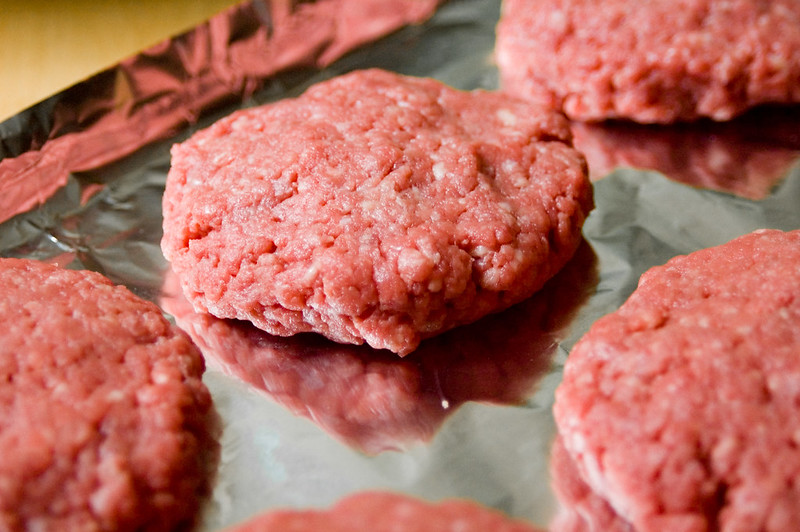 The next stop on my journey to a better burger was shaping. My burgers always tended to be too big and then shrink into little balls too small for the buns and too big for a mouth. So I went with less meat in my patty, flattening them out more than usual, and putting a little dimple in the middle to help them from shrinking up. 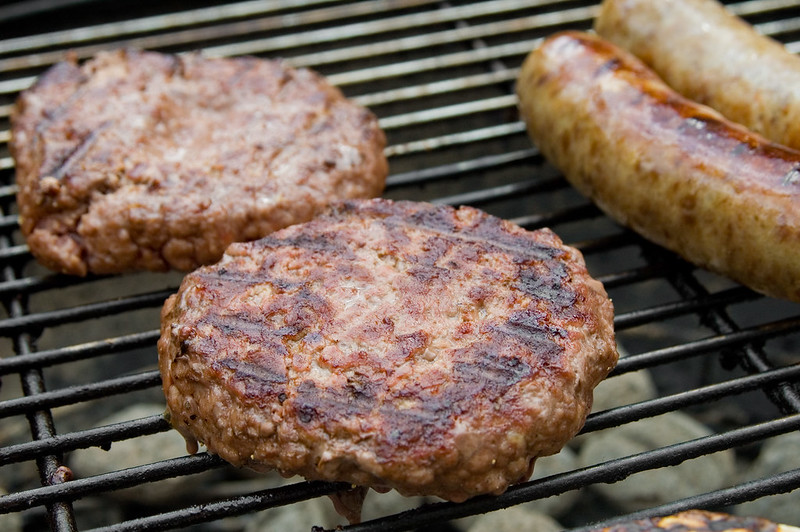 Now I was on to grilling, something I definitely needed improvement with. When The Meatwave was going on, I tended to not pay as much attention to the grill as I should, leading to more than a few over done burgers. I vowed to pay better attention this time around, but also hoped that the extra fat from the brisket would provide a safeguard from the burger drying out too fast if left over the heat a little too long. 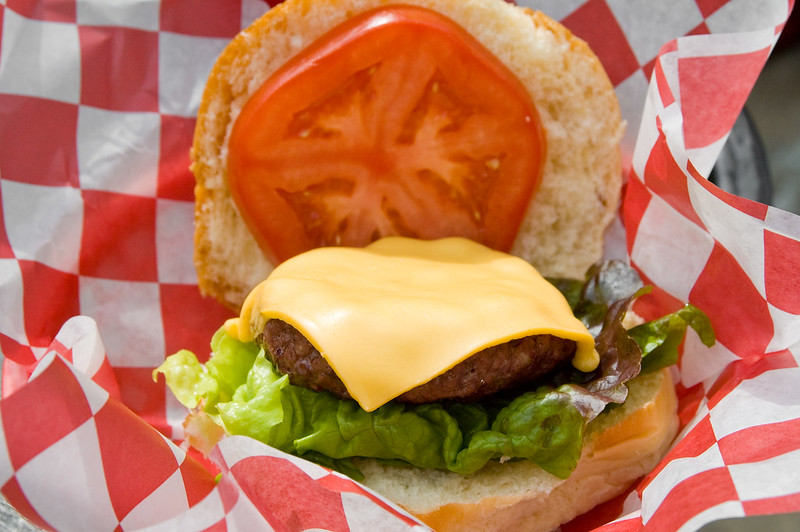 And the end result? Definitely a much improved burger. The taste and texture put my past burgers to shame. These also kept their shape better and were fitting on buns and in mouths much more nicely than past patties. I did slip up on the watching the grill part though, leaving some burger closer to the well done side, although not overly dry because of the extra brisket fat. So despite my efforts, there's really no substitute to closely watching your burger and pulling it off at the right time of doneness. Next time I'll make sure I'm in the burger zone, and no where else, when I'm grilling these up, so everyone gets exactly what they want, and that will hopefully bring me one stop closer to total burger success. 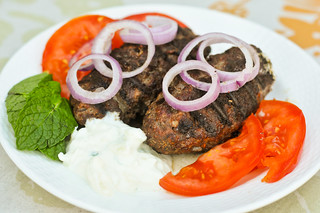 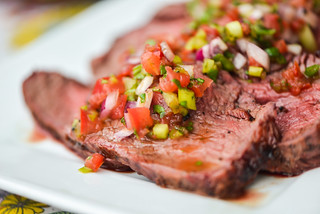