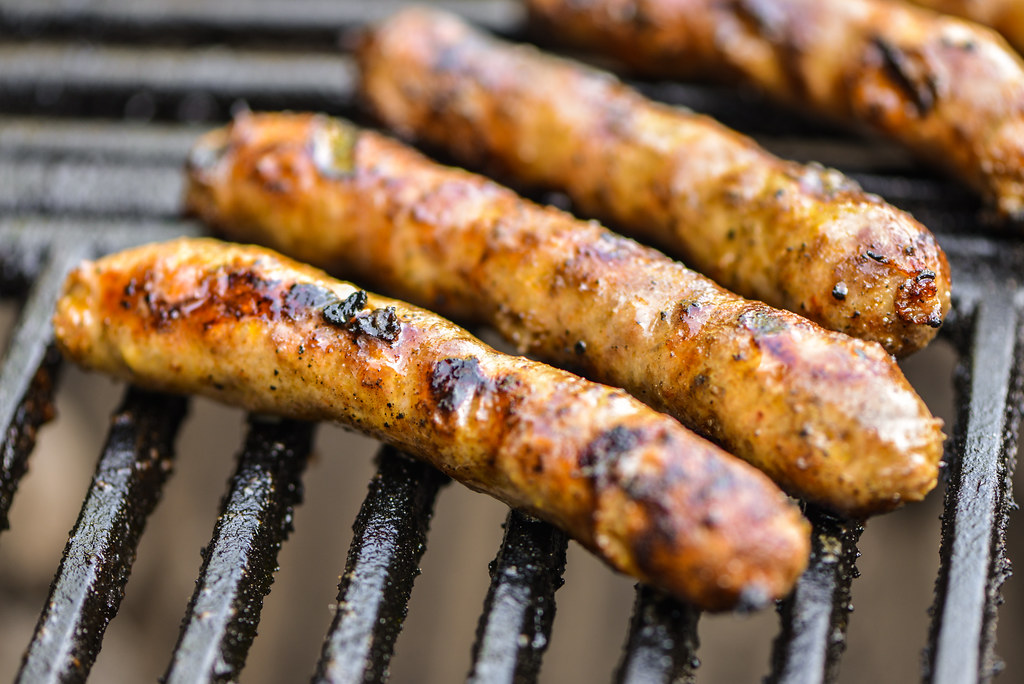 There can't be a bad Meatwave—as long as I'm with my friend and grilling, I'm happy—but some certainly stand out as true achievements. One of those was last summer's Meatroccan Nights, where I decided to do an entirely Moroccan-themed menu that spanned eight different recipes. I tend to overdue the amount of recipes I tackle each time I have an audience, but that's part of the game, especially considering they won't all be winners. On that day last June though, each thing I pulled off the grill just seemed better than the last, and by the end of the day I remember feeling very accomplished and proud of what had just transpired. So to relive one of my prouder grilling moments, I'm dedicating the entire month of July to the Moroccan-influenced recipes from that day, beginning with the one that sparked the idea in the first place—merguez. 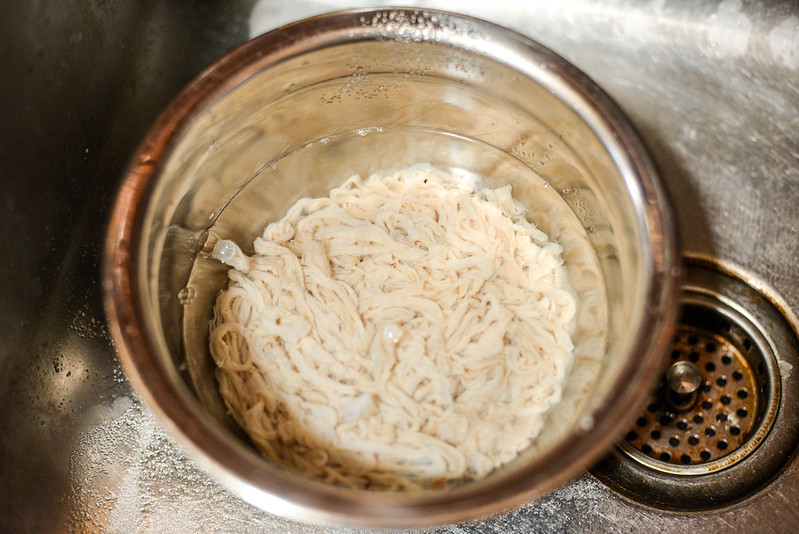 Next to tagines, merguez is one of the first things I think of when anyone mentions Moroccan cuisine. These little sausages are crazy delicious with their spicy and earthy flavor against rich and juicy lamb. A good merguez sandwich is my go-to when I'm doing quicker Moroccan meals, and it rarely disappoints.

Merguez was consistently on my to-do list, but one detail always gave me pause when considering tackling it—sheep casings. Yes, to get those small links, sheep casings, instead of the larger hog casings, must be used. Other sausage makers I've talked to have lamented working with these delicate casing that are prone to bursting, and because of that, I just assumed I didn't want to even go through that frustration. But it was finally time to face my fear and give into my strong desire to make merguez.

As I emptied the large quantity of sheep casings into a bowl for soaking, I thought I had made a huge mistake. A fecal aroma filled my kitchen and seemed like it permeated in ever nook and cranny of my house at first. Sure, hog casings don't smell great, but they aren't rank like these were. After an initial shock at the odor, I composed myself and carried on. 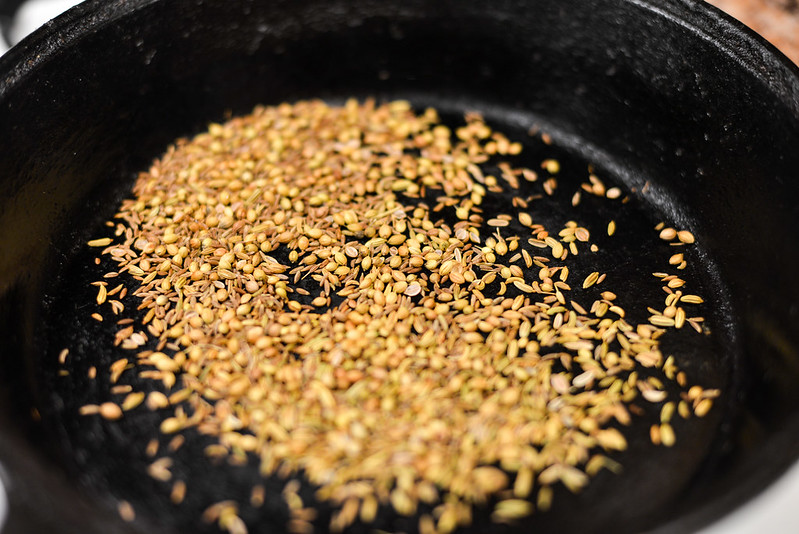 I hoped that the meat and spices I was going to be working with would overtake that stench, and while it never did, my stomach started correcting itself as I began putting together the seasonings for the merguez. These started with whole cumin, coriander, and fennel that was toasted and ground. Those potent spices were then mixed with paprika and cayenne and set aside. 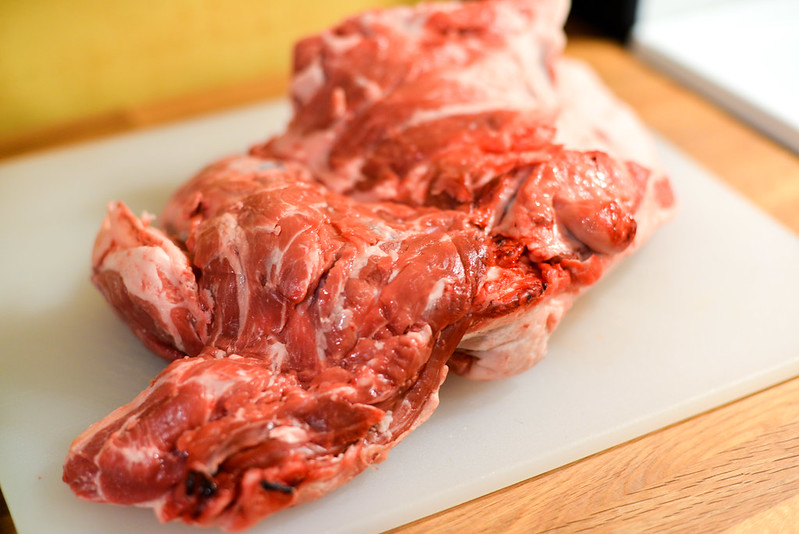 I then moved onto the meat portion, unfolding a beautiful leg of lamb that I cubed, removing any sinew and silver skin as I went. I added in a pound of cubed fat back, and then tossed all the meat with the spice mixture along with garlic and harissa—a North African hot chili paste. 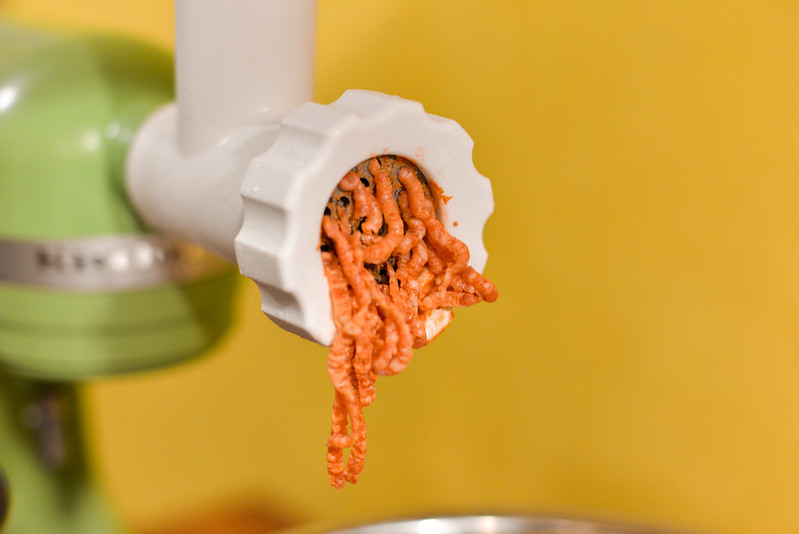 I've become accustomed to seasoning the meat before grinding, but I'm not quite sure why. I think it may date back to these chicken sausages with basil and tomatoes, where basil and sun dried tomatoes were added before processing to make use of the grinder to further break down those ingredients. It's a habit I should break, because grinding with the spices tends to just be messier and there's likely little to no advantage—I haven't tested this theory yet, but I'm pretty sure it's true. 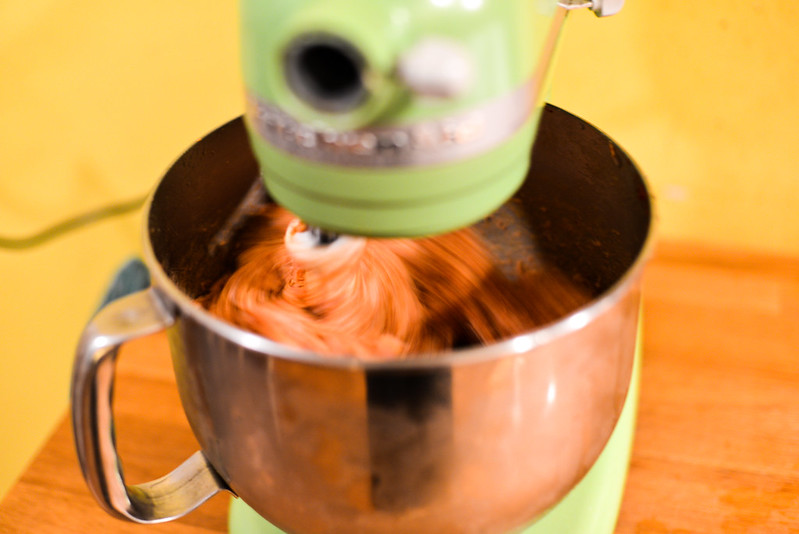 Really, the spices are probably best added after grinding and before mixing. I take my sausages for a spin in my KitchenAid along with a little liquid to form an loose emulsion and create a more cohesive, finer texture. Since the meat gets well incorporated in this stage, the spices and seasoning would distribute nicely throughout the meat here. 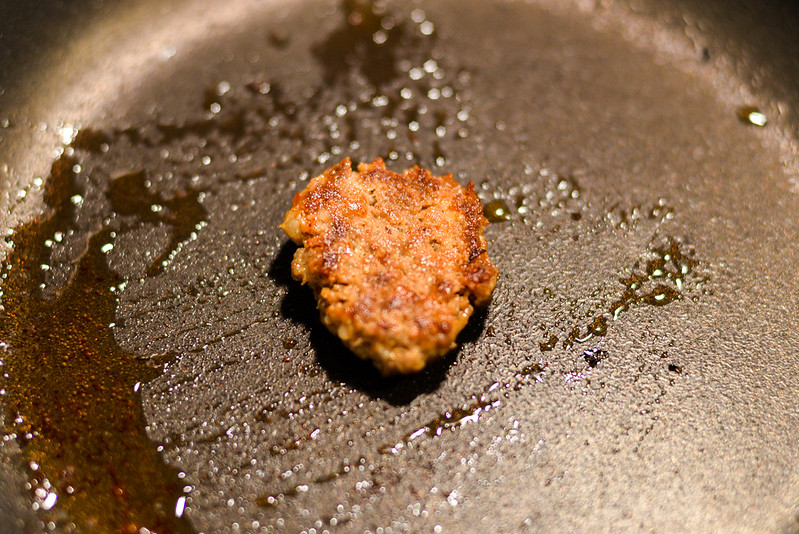 With the meat done and confirmed delicious after cooking and eating a little merguez patty, I was feeling good. That high was about to go downhill as I moved on to stuffing. 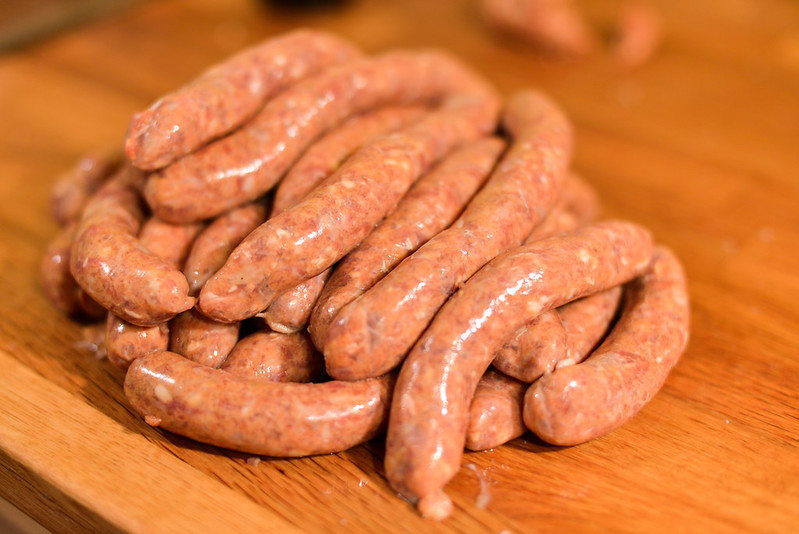 By this point, I had become accustomed to the off smell of the casings, but as soon as I started handling them, I suffered a relapse of that initial unpleasantness I experienced. That, with the combination that they were difficult to get on the horn, already made me a bit agitated.

Then the expletives started to fly as my fear was confirmed and the casings kept bursting in quick succession. This meant more tedious work of loading up the casings, and more dealing with that odor.

After a while though, I seemed to be getting the hang of it. I slightly under stuffed the sausages to help prevent bursting, and by the end, I can say things went smoothly, more or less. Once the last of the meat was safely encased, I was only too happy to salt those stinky casings and get them back in the fridge. 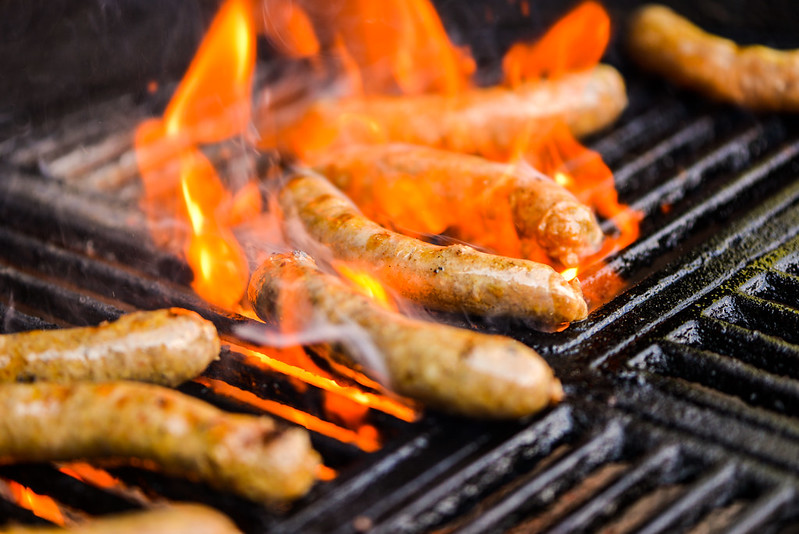 At the grill, I was faced with yet another test of my will. As I put these little merguezs over direct heat, they quickly went up in flames. My heart sank as I wondered if all the torture I put myself through up to this point was fading in a blaze of glory, but alas, I had a two-zone fire and was able to safely move these links to the cool side of the grill and roast them until done. 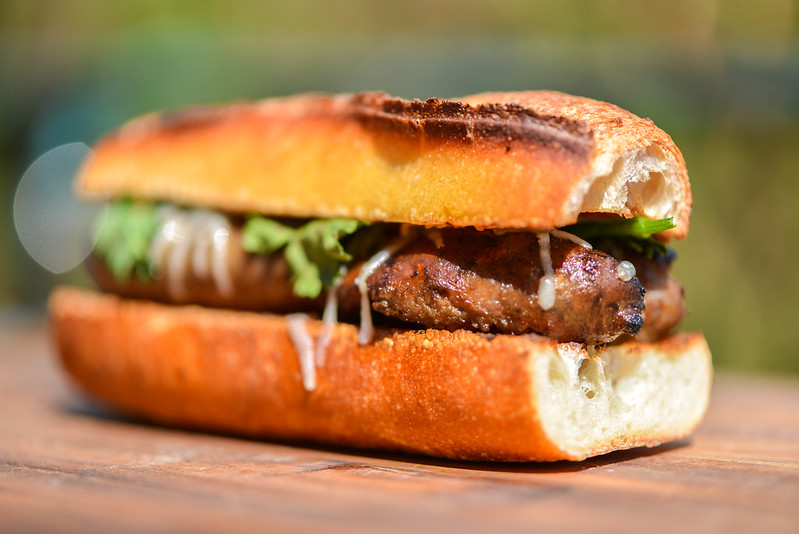 One taste of a finished link and all struggle that came before was quickly forgotten—the merguez was awesome! The links had the unique earthy heat that defines them, along with the full flavor of lamb that stayed juicy despite the fact that I had almost scorched them to death. The links were a great start to what was going to become a better day whose best part was that beauty of a sandwich above, but that's a story for next week...