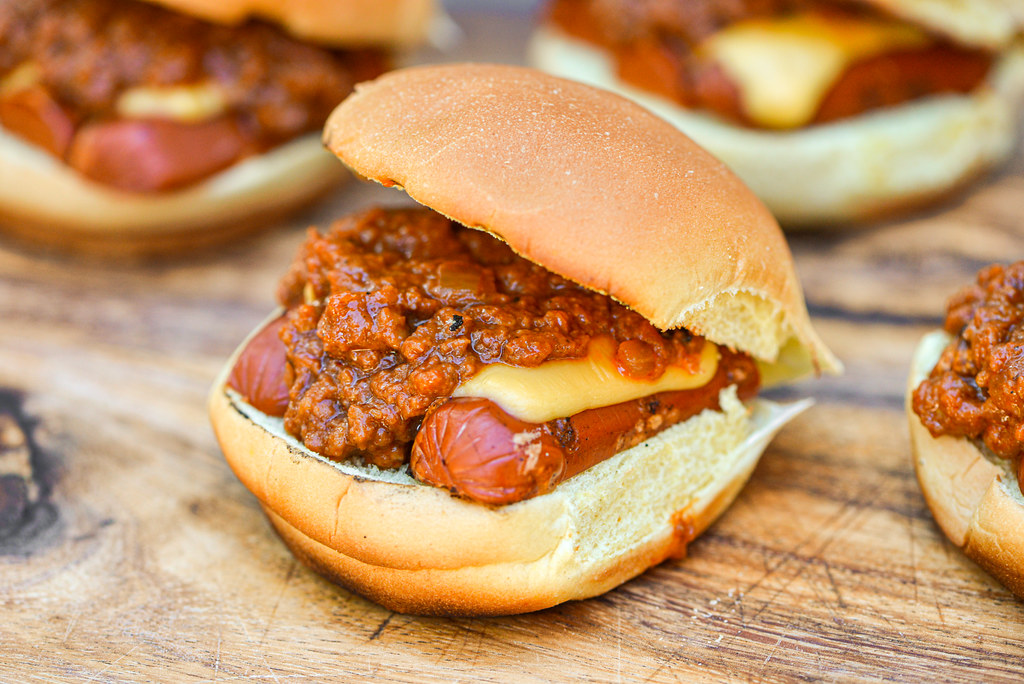 Around this time last year, I posted a recipe I was quite fond of for mini-chili cheeseburgers. I actually was more enamored with them than their normal-sized counterparts because I found the chili to have a better presence when it didn't have to compete with the dominate beefiness of a full beef patty. I liked them so much that it didn't feel right that vegetarians should have to miss out, so I made a meatless version that delivers almost the same complex earthy and spicy chili flavor, but with a change up of a burger patty in favor of veggie dogs, which worked great. 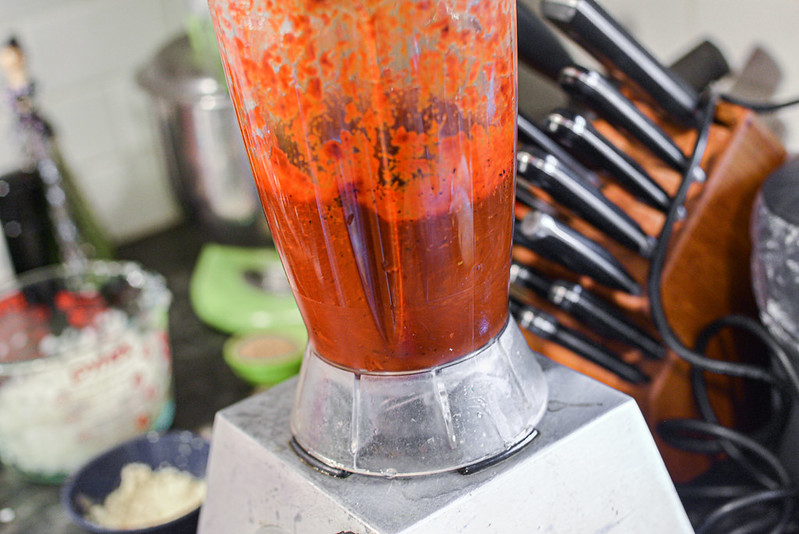 The crux of this recipe is the chili, and for me this served as a test to see how close plant-based ground beef could be to the real thing. To get there, I didn't alter the recipe much at all except for that one primary substitute. I built up the same strong chili base that began with soaking a variety of chilies in stock to soften their flesh, which allows the dried chilies to break down fully when blended. 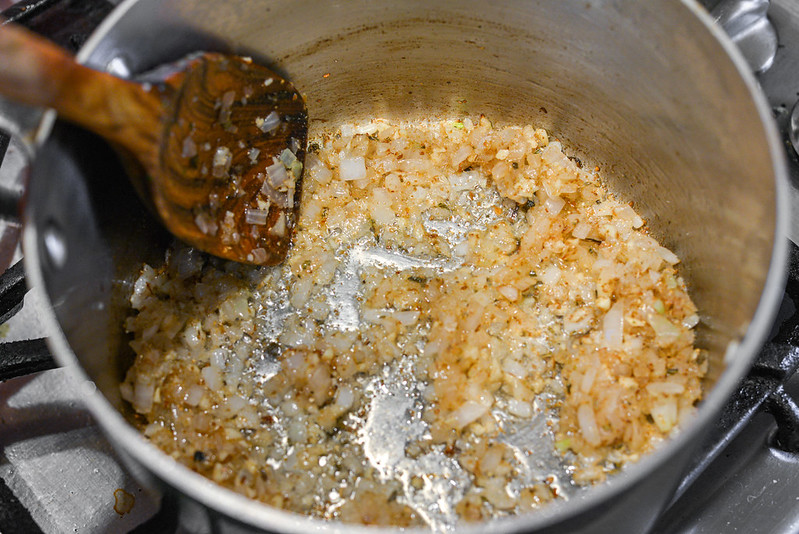 Next I sautéed onions until they began to brown, which adds a nice natural background sweetness to the final chili. Once those were done, the mixture of spices went in—which included garlic, cumin, coriander, and oregano—and were cooked until fragrant. 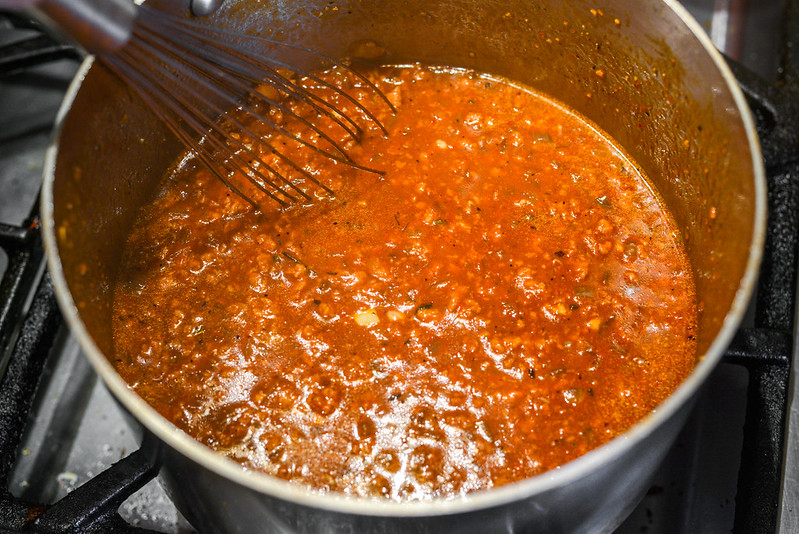 The next part of the original recipe has the beef being whisked in after the stock and the chili mixture are brought to boil. This was the biggest question mark using plant-based beef because I wasn't sure if it would act like the real meat and break down into the very fine pieces that distinguishes a hot dog-style chili. The Impossible beef I used did break apart here, but not to the extent actual beef does. Instead, it stayed in slightly larger chunks, more akin to a ground beef taco filling. In the end that really wasn't that big of a deal, it just left the veggie chili with a bit of different textural quality. 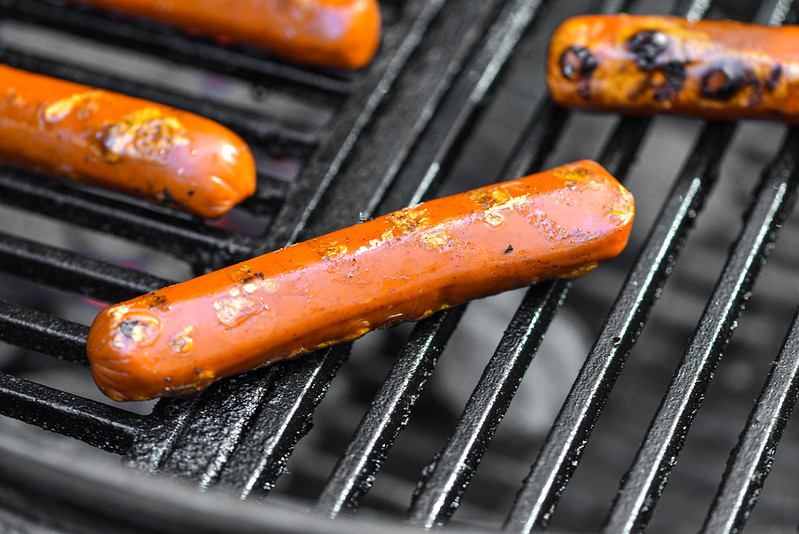 Now I could have gone wholesale on making a copycat of the beef version of these and used more Impossible meat to craft slider-sized patties, but I saw photos of similar recipes done with hot dogs on slider rolls and was taken with the idea, so decided to try that out. It also made the recipe even easier because all I had to do was open a pack of veggie dogs, grill them, then split them both lengthwise and widthwise to make pieces that would fit on a slider roll. 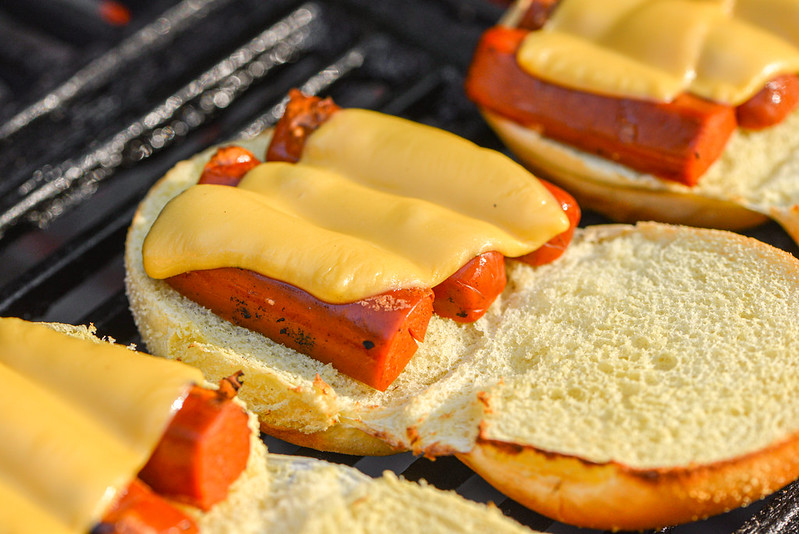 I got three veggie dog quarters on each roll, which I then topped with American cheese and placed on the grill over indirect heat and covered. Since American cheese melts really fast, by the time it was melted and gooey, the rolls had warmed nicely without drying out, and I always advocate for toasty buns. 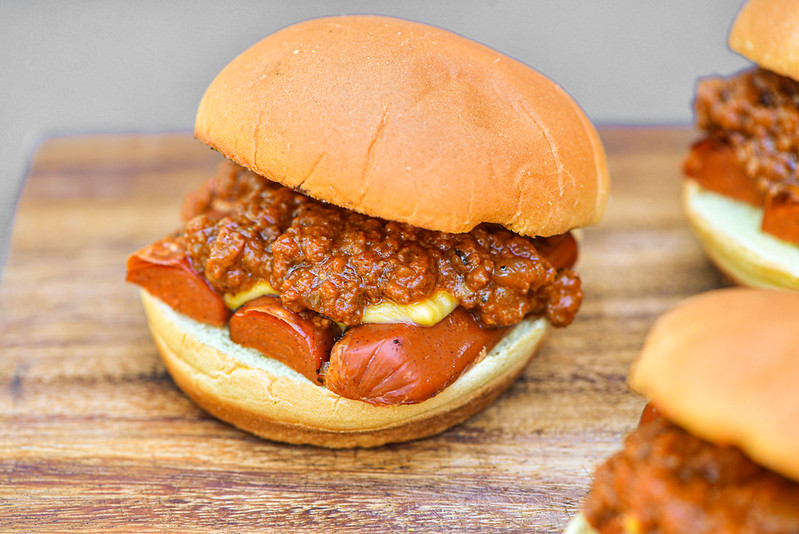 With a final topping of the vegetarian chili, these were done (actually, I meant to put on mustard too, but just totally forgot about that). Like with the burgers, the chili is what really shined through here and, unless someone told me it wasn't meat, I probably would never had known it was plant-based. In the context of this chili, the Impossible meat provided the texture and flavor of beef in a fairly seamless manner, melding with the hearty spicy and earthy flavor of the chili base itself. The cheese provided some contrast to that heat, while the veggie dogs mostly where there for heft, having a light touch against the dominant chili. Looking back, I do think a squeeze of sharp and tangy mustard would have solidified the experience, but it certainly didn't taste like anything was missing when we chowed down on these, which made me more of a believer in plant-based meat than I had been going into making these delicious little sandwiches. 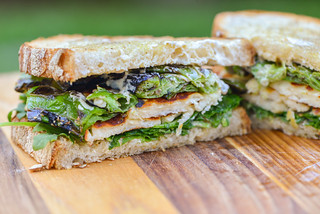